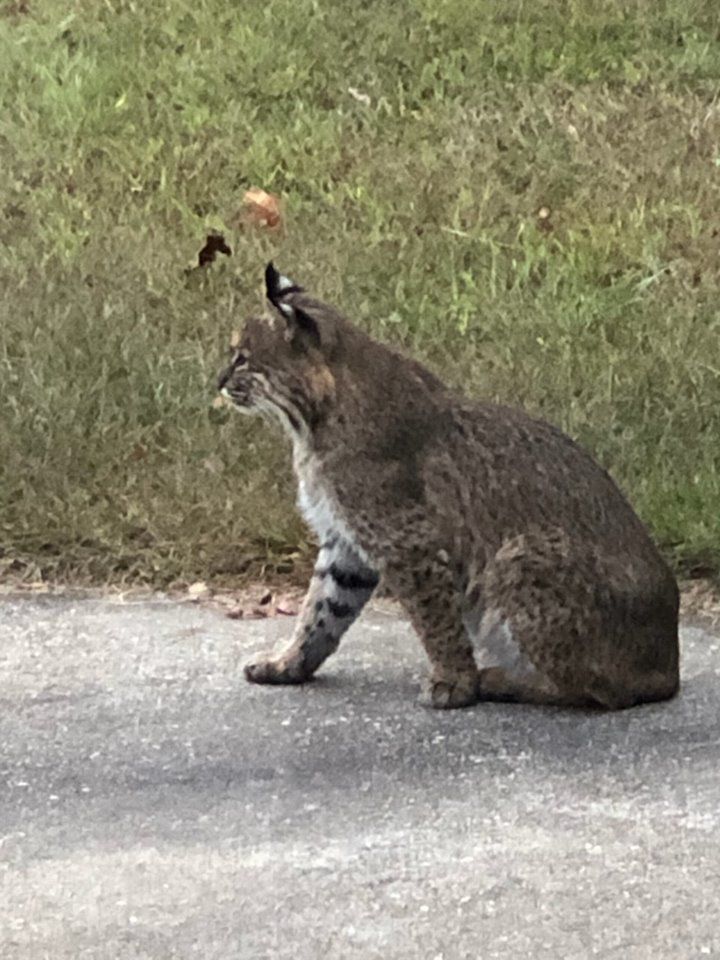 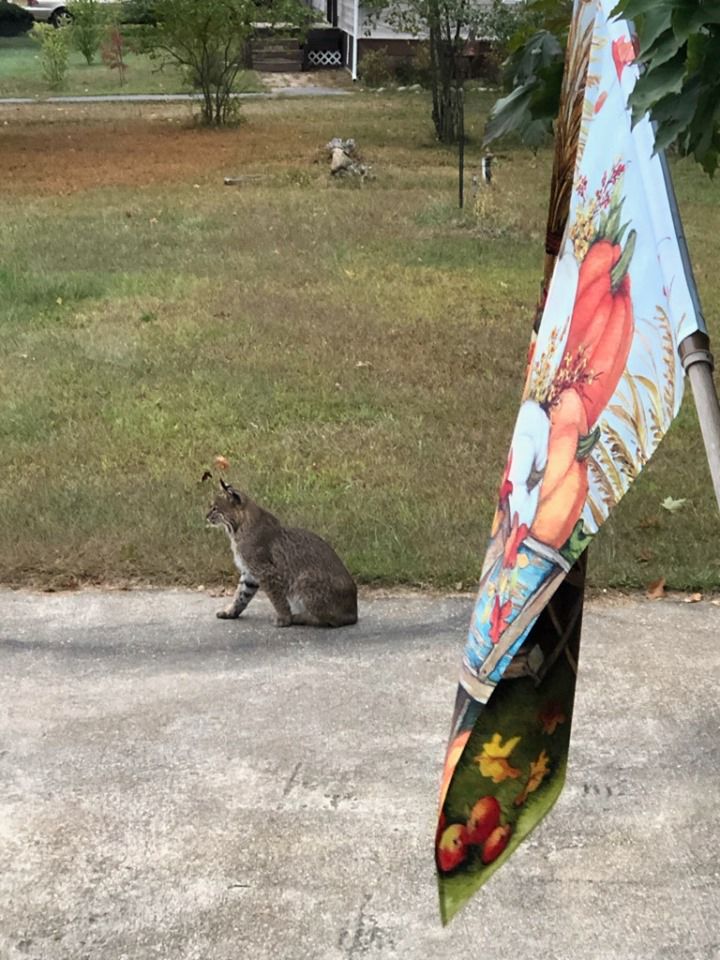 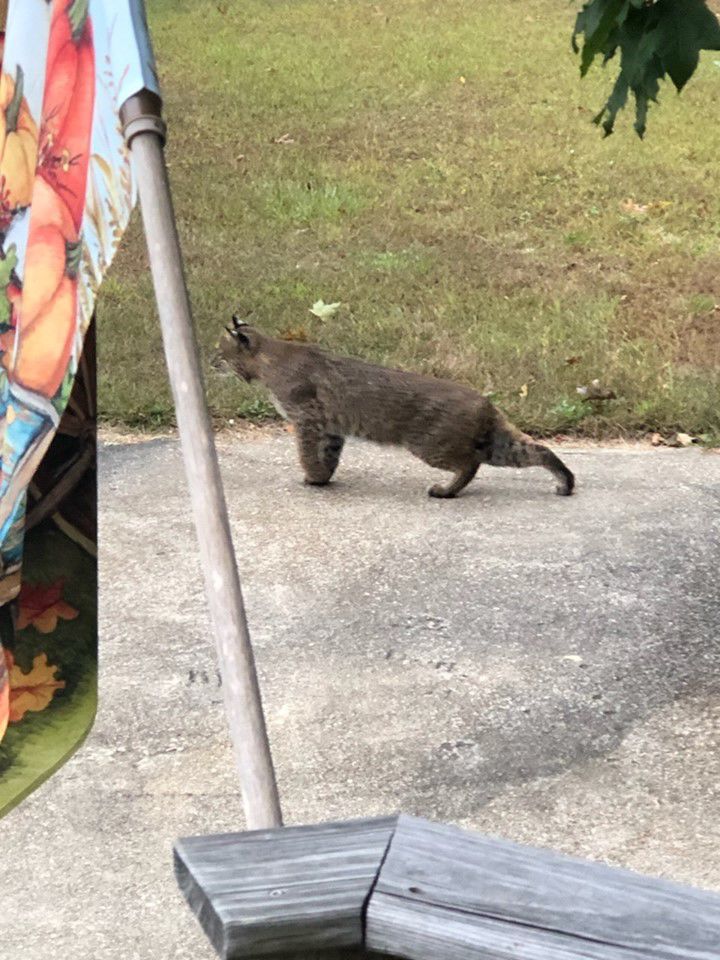 WESTERLY — Bobcats sightings are on the rise in southwestern Rhode Island and southeastern Connecticut, but officials said the increase is not a cause for concern.

Data from the Rhode Island Department of Environmental Management shows that as of last week, there have been 75 reported sightings in the state, including 35 documented with a photo or video. Charles Brown, principal wildlife biologist for the DEM, said there could be a number of reasons for the increase in sightings, including advancements in technology, and changes in habit due to development.

“While we monitor bobcat presence and ask residents to report their sightings, it isn’t a scientific survey,” Brown said. “The trend is certainly up over the past five years and even more so if you look over the past 10 years, but there is nothing specific in order to determine exactly why.”

Bobcats, the species Lynx rufus, have always been present in Rhode Island. The animal is  highly adaptable and reclusive, meaning it is unusual to see them travel together or establish any sort of community, according to a fact sheet available on the DEM website.

The type found in New England can vary anywhere from 13 to 30 pounds and measure between 32 and 34 inches long, and 32 inches tall.

“The tail is ‘bobbed’ and only about 4 inches long on average, although it can be longer,” DEM states. “Individuals found in the Northeast tend to have less spotting on their coat than bobcats found in other parts of North America, causing them to sometimes be mistaken for mountain lions.”

The rise in sightings

Brown said national data has shown population growth regionally, but he also noted that the rise in sightings is not likely due to any significant increase. He said it can often be difficult to tell, even with photographic evidence, whether sightings involve a single bobcat that may be roaming through a territory or are different bobcats within a small area.

Brown added that there has not been any increase in reported attacks or confrontations, and  aside from the loss of domestic livestock such as chickens, there have been virtually no complaints over the last several years involving human interaction with the animal.

Westerly Animal Control Officer Art Smith said he had been notified of six sightings within the community this year including a few over the last several weeks, but there had not been any reports of aggressive behavior.

Brown said there have also been sightings in the three Chariho region, while officials in Connecticut confirmed “heavy activity” in Stonington and North Stonington this year.

“This type of activity is normal. Bobcats are native to the region and are known to travel, especially younger adults,” Brown said. “They may be searching for food or looking to establish a territory for themselves, but it is not uncommon to see them trek through a number of communities and circle back around.”

A study conducted by the University of Rhode Island in partnership with the DEM tagged and tracked several bobcats over the course of the past five years. During the program, one bobcat regularly roamed from South Kingstown across coastal Rhode Island and into Stonington before returning. These wanderings often included trips through backyards and across driveways in areas where the bobcat felt safe traveling.

Another factor in the rise of sightings is technology. Not only does nearly everyone have a smartphone camera, allowing for instant sharing on social media, but more motion-detection equipment such as trail cameras has been put in use, producing numerous bobcat sightings even when no person is present.

“There’s no question that it has led to more reports and certainly more confirmation than we would ever have had even with the same activity 10 years ago,” Brown said.

No threat to humans

Although bobcats can be imposing when they are lurking in the tall grass or stalking prey, they pose almost no threat to humans. Brown and Smith said the animal is shy and rarely confrontational unless it feels cornered, often fleeing as soon as it senses that it's not alone.

“In many cases, those who get film of the animal are able to do so because the bobcat is completely unaware they are being watched. If you were to make your presence known, the bobcat is more likely to flee,” Brown said.

That doesn’t mean you should approach a bobcat if it does not seem timid (in April, a rabid bobcat attacked a horse and seriously injured a golfer in Baltic, Conn.). Bobcats can contract and transmit diseases such as rabies, and it is impossible to predict how the animal will react if it feels threatened.

Brown also suggests limiting access to bird feeders and nuts, which attract the smaller animals that bobcats usually prey on. Limiting food sources and securing trash can also help to prevent attracting the animal to your home, as well as preventing the presence of more dangerous predators including bears and coyotes.