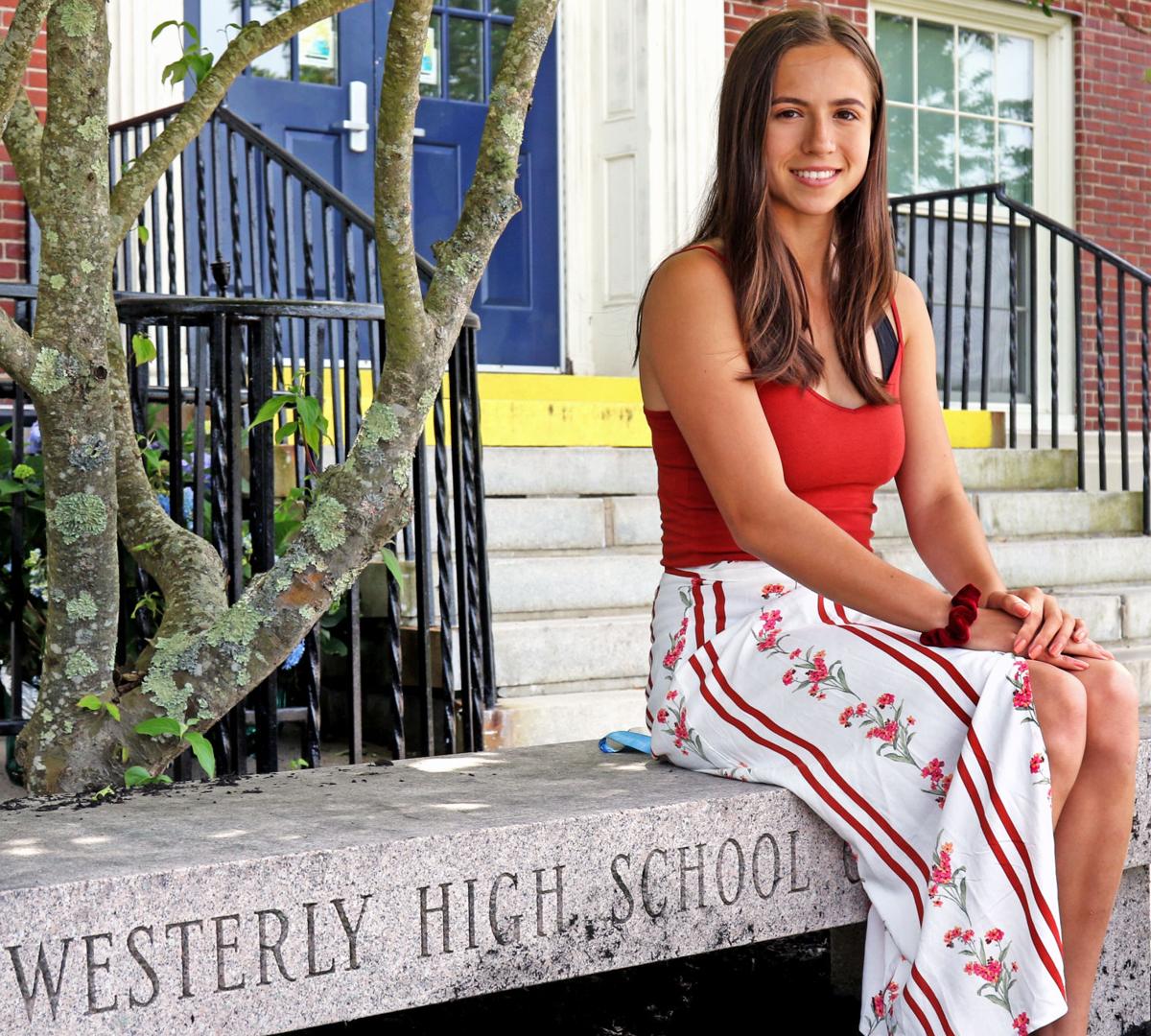 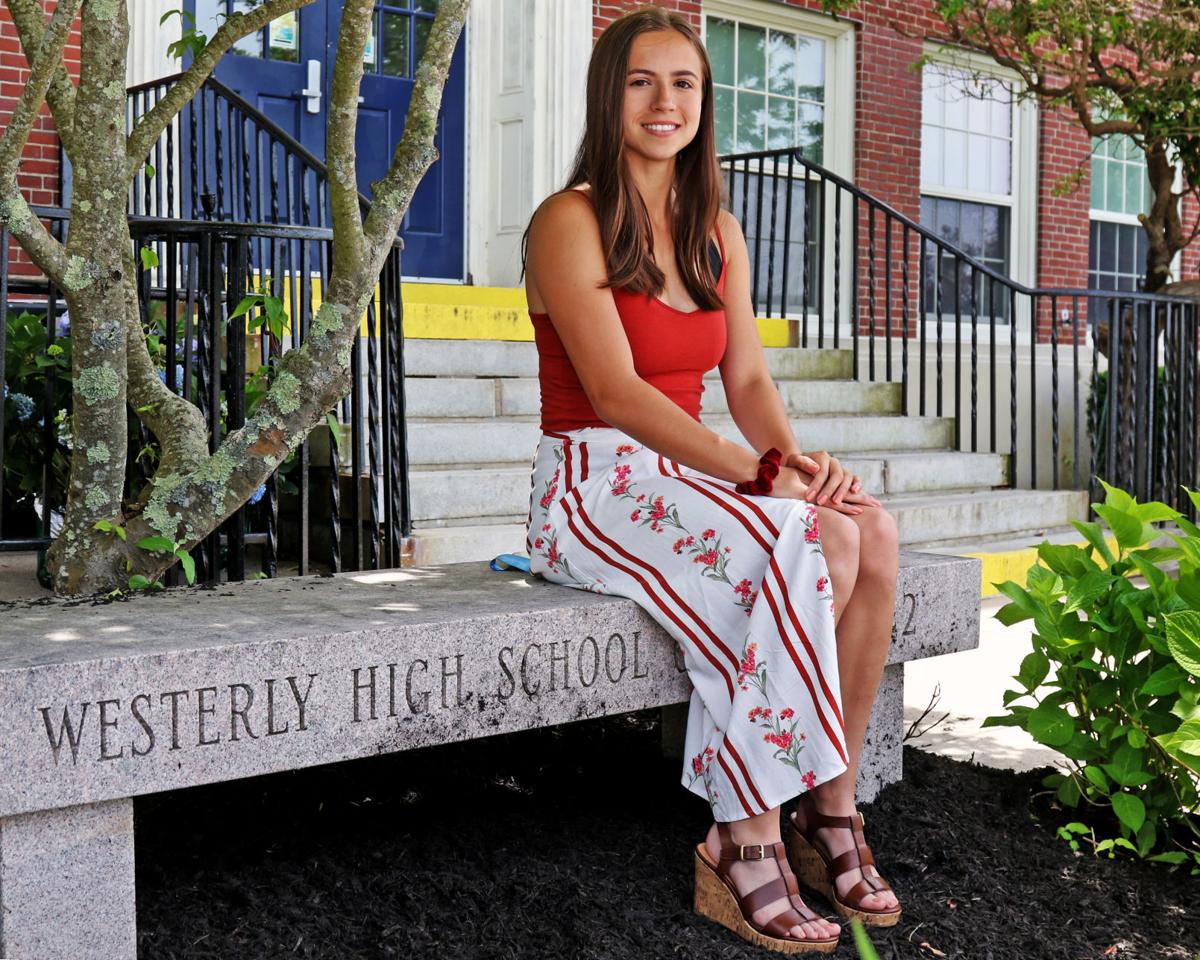 WESTERLY — Helena Hall-Thomsen, Westerly High School Class of 2019 salutatorian, is open to learning and finds lessons in books, online, and in everyday life.

In the fall she will head off to Johns Hopkins University in Baltimore, where she plans to double major in computer science and biomolecular engineering.

Michael Hobin, Westerly High School principal, described Hall-Thomsen as "the all around" student.

"She's an artist, she's an athlete, and she's a academic. She does it all really well and she's a humble kid," Hobin said.

Hall-Thomsen, he said,  managed the "intensity and rigor" of the classes she took while developing into a premier track competitor in the region. "Daily, all day long, this kid is on point," he said.

Hall-Thomsen is the daughter of Matthew Thomsen and Adrienne Hall and sister to Mallory Hall-Thomsen. "They've been the rock that keeps me going and make sure that I'm OK," Hall-Thomsen said in describing her parents' role in her success.

Hall-Thomsen established a school record in track in the 200 meters and was named All New England in outdoor track and a New England Champion in indoor track. She said one lesson she learned at Westerly High School was not limited to the classroom or science lab. "The school taught me to value friendship and experiences more than my grades at times. Grades have always been important but this town has shown me the value of relationships and I'm going to maintain those relationships even when I go off to college," she said in an interview Wednesday.

As a scholar-athlete, Hall-Thomsen had to balance the logistics of track meets and practices with the demands of homework and studying. Attaining the level of academic achievement that brought the title of class salutatorian came from "a lot of hard work and time management over the years. I feel like it's been rewarding ... I'm excited to see how I continue to do in school," she said.

When asked to name a teacher she is likely to remember for years to come, Hall-Thomsen said there are many but named her freshmen English teacher, Lauren Pucci, and her 40 "Pucci's Pointers" for good writing as a standout. It's a student-teacher relationship that endured beyond Hall-Thomsen's freshmen year.

"It's been nice to have someone to be able to walk into their classroom and have a conversation," she said.

She also expressed gratitude to her art teacher, John Tedeschi, for encouraging her to submit a piece for consideration in the first year of the high school's Legacy Art contest. Her drawing of herself and three of her track teammates celebrating at a meet was selected as the top entry last month and will hang permanently in the Westerly High School corridors. "I'm very happy that I'm the first one to get the privilege of having their piece hung up in the school," she said.

"I loved it so much. There's so many kind people here and it does feel like a family," she said.

The Sun was unable to arrange an interview with Salome Otero, the Westerly High School Class of 2019 valedictorian. She plans to attend the Massachusetts Institute of Technology in the fall.

73 years later, the return of his father's WWII cap provides a measure of closure for Lido Mochetti

Pandemic or not, the show must go on at Chariho for 'The Hunchback of Notre Dame'

PHOTOS: Signs of life at the beach, but it wasn't mobbed

At the Library: Gunning for ‘Jeopardy!’? Let us help you.

Letter: People are getting frustrated with the rules