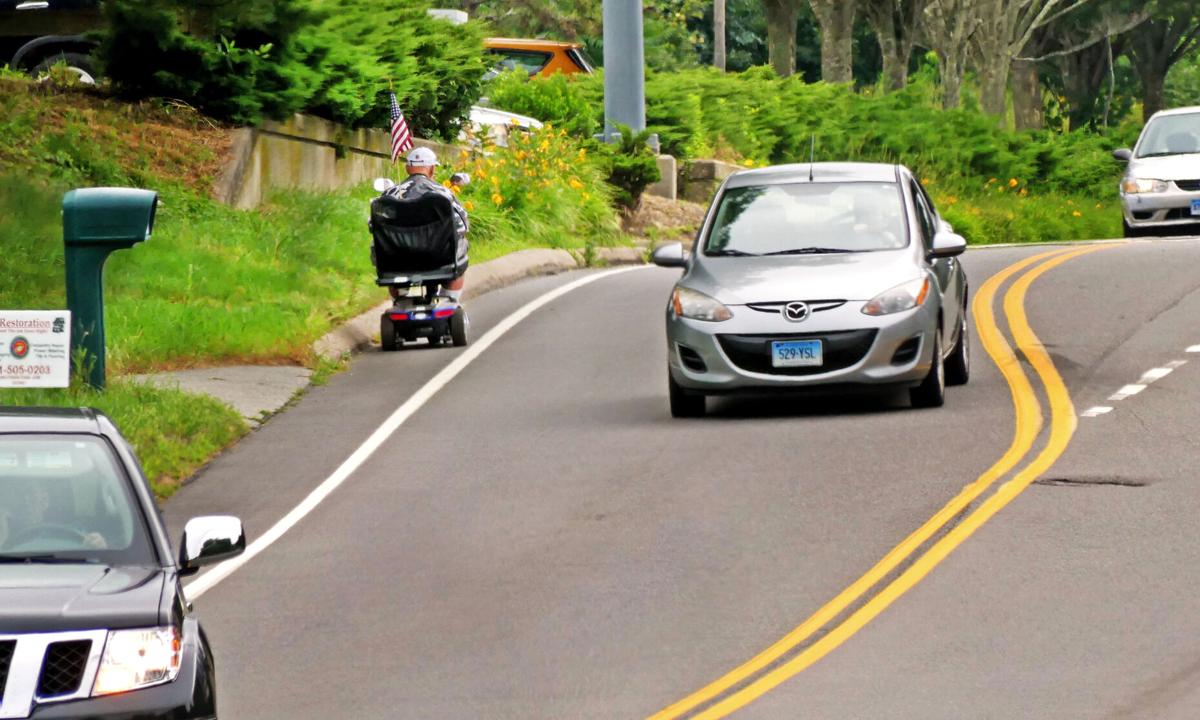 Larry Moshier, of Pawcatuck, guides his battery-powered mobility vehicle along busy Route 1 as he heads into town for breakfast on July 5, 2019. The town is in the design phase of a project that would add sidewalks on Route 1 between the high school and Mayflower Ave. 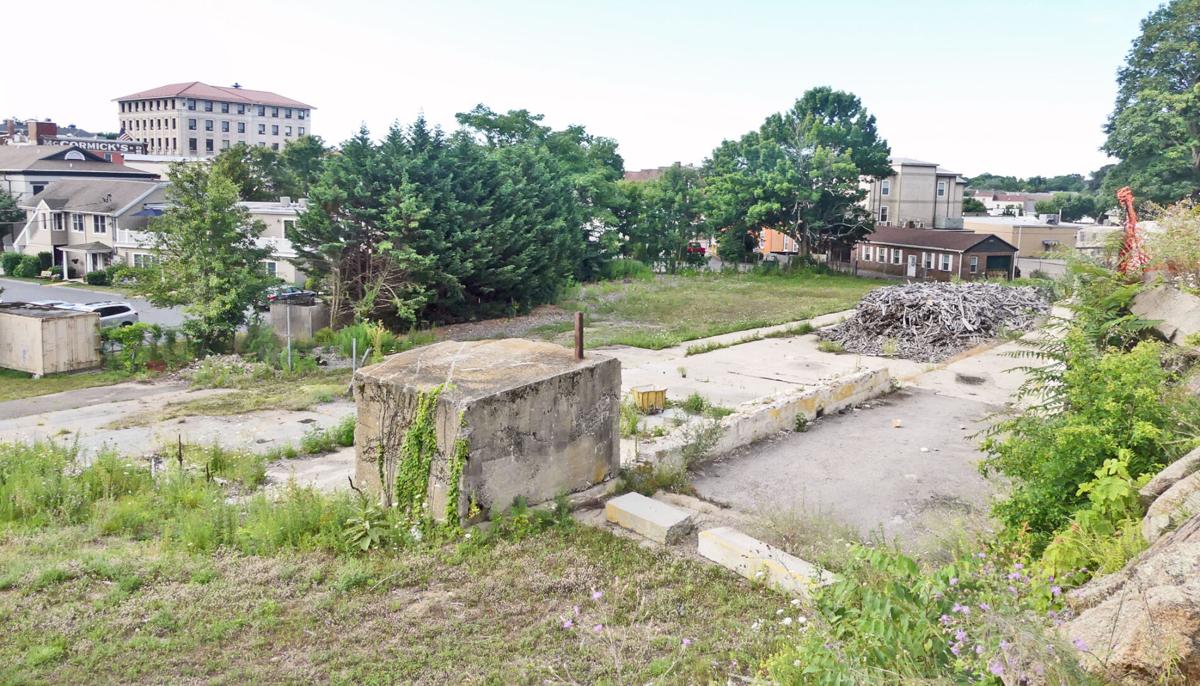 A Boston-based developer plans to build an 82-unit apartment complex on the site of the former Campbell Grain Building in Pawcatuck. Sun file photo 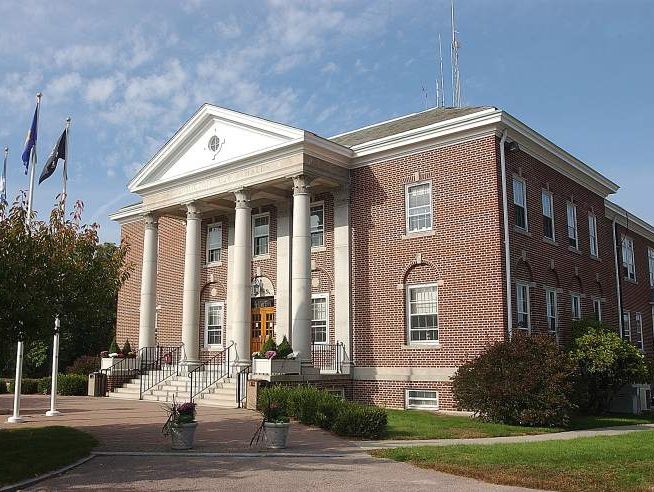 Larry Moshier, of Pawcatuck, guides his battery-powered mobility vehicle along busy Route 1 as he heads into town for breakfast on July 5, 2019. The town is in the design phase of a project that would add sidewalks on Route 1 between the high school and Mayflower Ave.

A Boston-based developer plans to build an 82-unit apartment complex on the site of the former Campbell Grain Building in Pawcatuck. Sun file photo

STONINGTON — Curbing the spread of COVID-19 and maintaining safety for local residents remain the top priorities for members of the Board of Selectmen in 2021, but officials are also planning to shift gears this year in an effort to hit the ground running on several major projects.

First Selectman Danielle Chesebrough said this week that, with an eye on safety and the impact of COVID-19 vaccination efforts, officials are preparing to move forward with planning efforts for the Pawcatuck sidewalk project, tax abatement for the proposed Campbell Grain redevelopment, and a partnership with volunteers for the creation of a veterans memorial project.

She said the Board of Selectmen, as it plans these and other projects, will need to keep in mind the negative economic impact of the pandemic locally, which will mean a difficult budget year that will involve limiting spending and simultaneously investing in maintenance and repair needs to prevent unnecessary and potentially expensive future costs.

“There is a lot of uncertainty right now in what to expect,” Chesebrough said. “There are a number of things that, due to the pandemic and in the interest of public safety, took a hit last year. We will need to find a balance this year so that we are not putting a burden on our taxpayers but are not continuing to push needs down the road in a manner that will put the community at a disadvantage in the future.”

Entering the budget cycle in the coming weeks, Chesebrough said early discussions have looked at ways to address needs without any extensive impact on taxpayers. She said the board is looking at starting with a goal of keeping any increase under 1.5% in the upcoming fiscal year, but noted that the budget process will take several months.

She said a lot could happen between now and then, and the board will work with other officials to try to minimize the impact on residents and business owners.

Chesebrough said it will be important to continue moving forward at the same time, however, and said the board must focus on getting several projects shovel-ready. Among projects that experienced delays last year or were slowed because of the pandemic were the Pawcatuck sidewalk project and the redevelopment of the Campbell Grain property.

A decade-long effort, led in part by then state Rep. Kate Rotella, helped Stonington secure a $600,000 state community development grant to aid with completion of the design plan. An expenditure approved by the Board of Finance in September provided $130,000 in matching funds earmarked for the design plan.

The design plan, currently under development by BL Companies of Hartford, was able to move forward quickly following the allocation, and work is now nearing completion. Chesebrough said this week that the Board of Selectmen are hopeful the proposal may be ready for a virtual public conversation as soon as early February.

“We are not expecting a sudden approval, but we would be ready to come forward with project details, related costs and a more specific timeline,” she said. “There will need to be several community conversations on the matter, and we need input from the public for this project to work.”

In downtown Pawcatuck, plans for an 82-unit mixed-income housing project at the site of the former Campbell Grain building were also delayed as a result of the pandemic, and officials with Winn Development, the organization seeking to redevelop the site, said approval of the tax abatement is an essential component in helping secure federal funding in the future.

Officials announced last month that after some delays, they had put discussions on a tax abatement off until the town could safely hold an in-person meeting due to the implications it would have on taxpayers.

The measure was supported unanimously by Chesebrough and selectwomen June Strunk and Deb Downie.

Matthew Robayna, project director for Winn Development, said in December that the company respects the town's decision and understands the importance of receiving public approval. He said the company intends to not only remain good community partners through the redevelopment of the site but wants to maintain a strong, neighborly relationship with those in Pawcatuck even after the housing development opens.

Robayna added that the decision comes with a different set of challenges, however, noting that with the decision, the project is expected to be delayed by approximately a year from the original timeline.

"It will depend on a number of factors, but without the abatement, we are unlikely to be able to secure the project funding we would be seeking from the Connecticut Housing Finance Authority or Department of Housing," he said.

The CHFA typically approves their annual grants in January, and developers said they do not expect to be able to secure a grant at this time with the questions that still remain.

Another project that officials expressed excitement over was an effort to establish a memorial for all veterans in the community. After early momentum in 2019 to establish the memorial, plans fell flat when it was determined that in late December that deed restrictions would prevent its construction at the World War I Monument in Pawcatuck.

Following discussions among volunteers and town officials, it was later determined that such a memorial could be housed outside the Stonington Police Department on South Broad Street. With a potential site secured, Chesebrough noted that the next steps would be to create a design plan and conduct a fundraising campaign — one that would allow for the project without any significant cost to the town.

“It is a worthwhile effort, but this is not something the town can commit any significant funding towards right now. There will be a need to establish an advisory group of past and present town officials that could aid with fundraising, communications and outreach efforts,” Chesebrough said. “This is something that could take a while, but the concept is now off and running.”