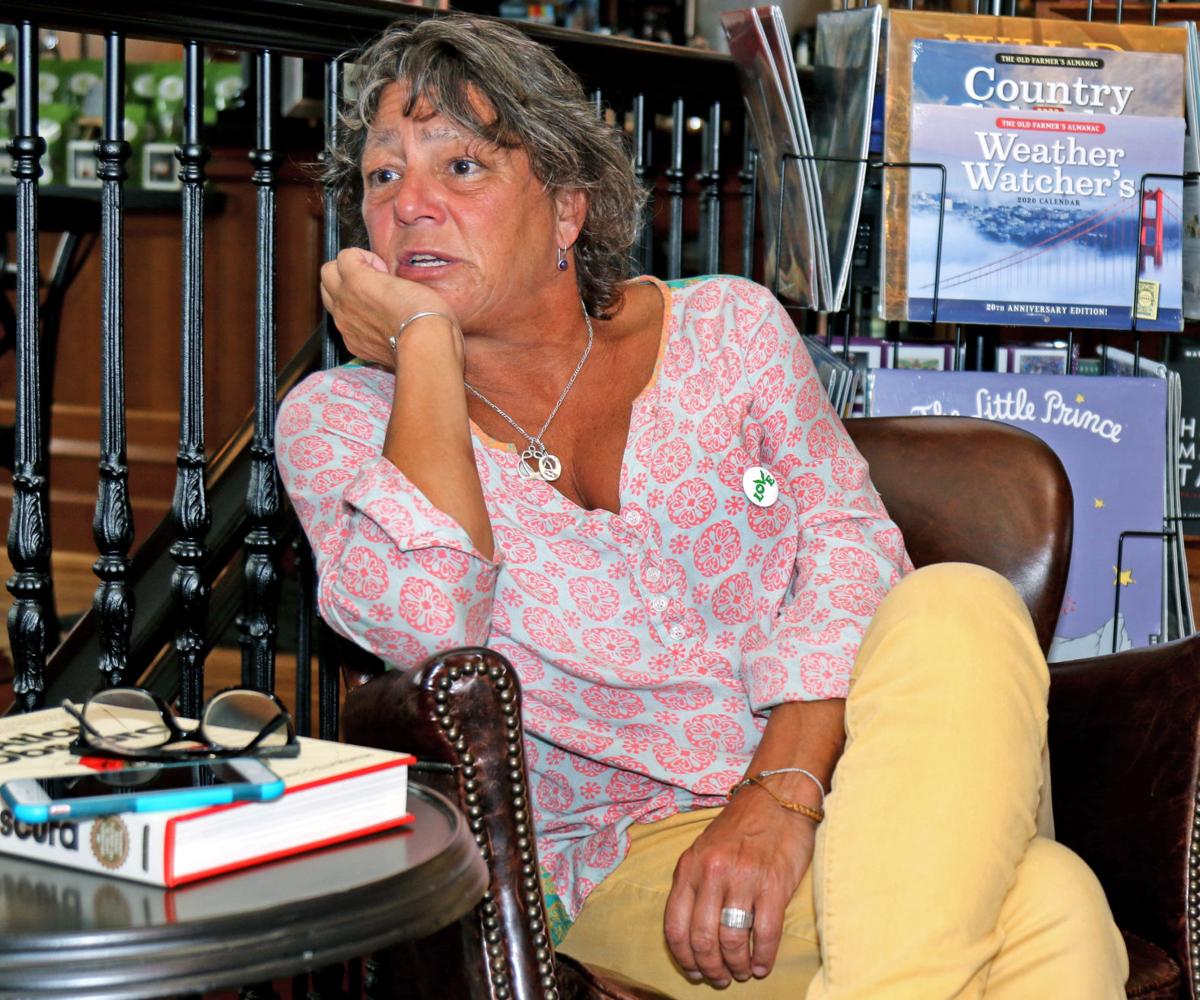 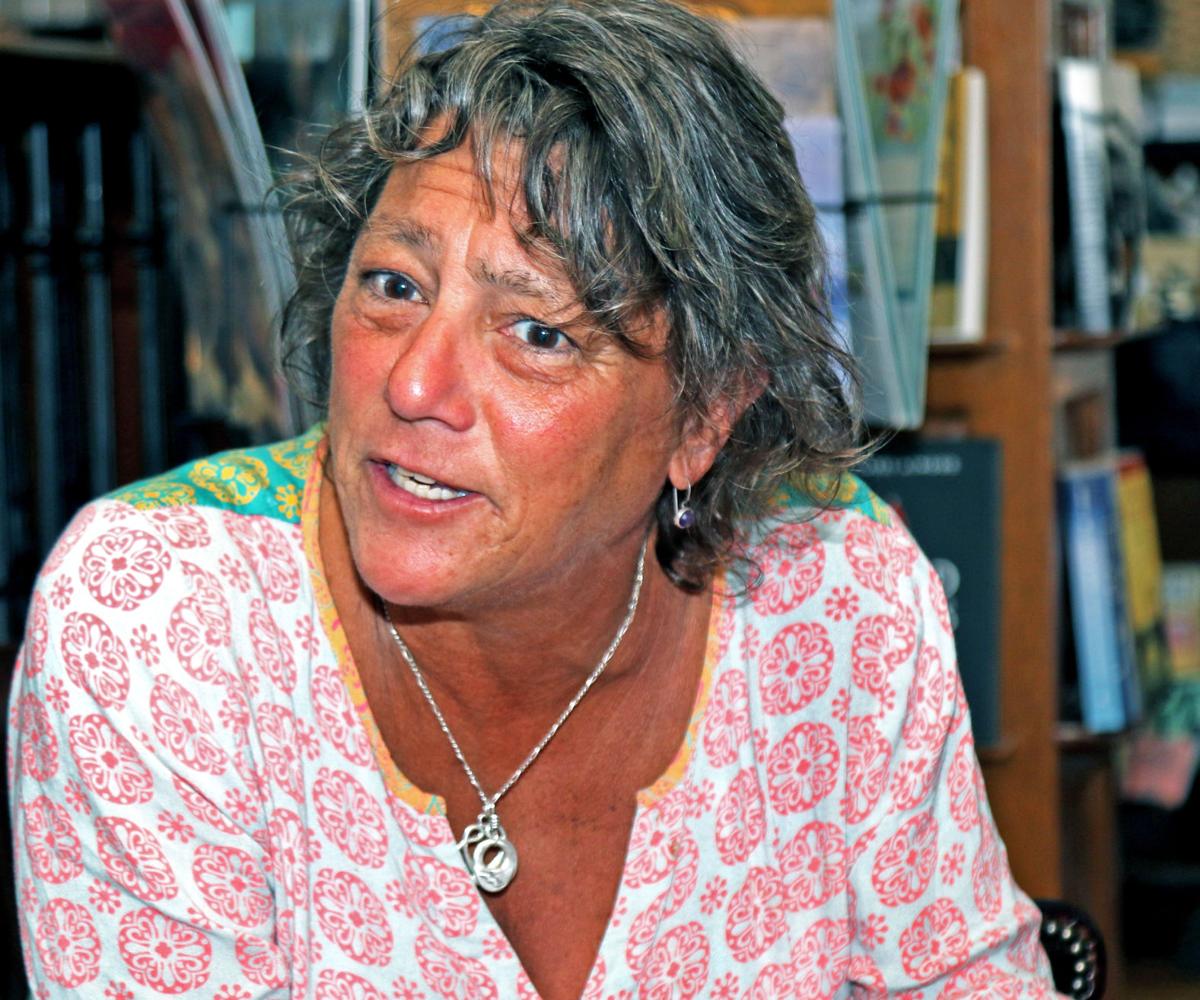 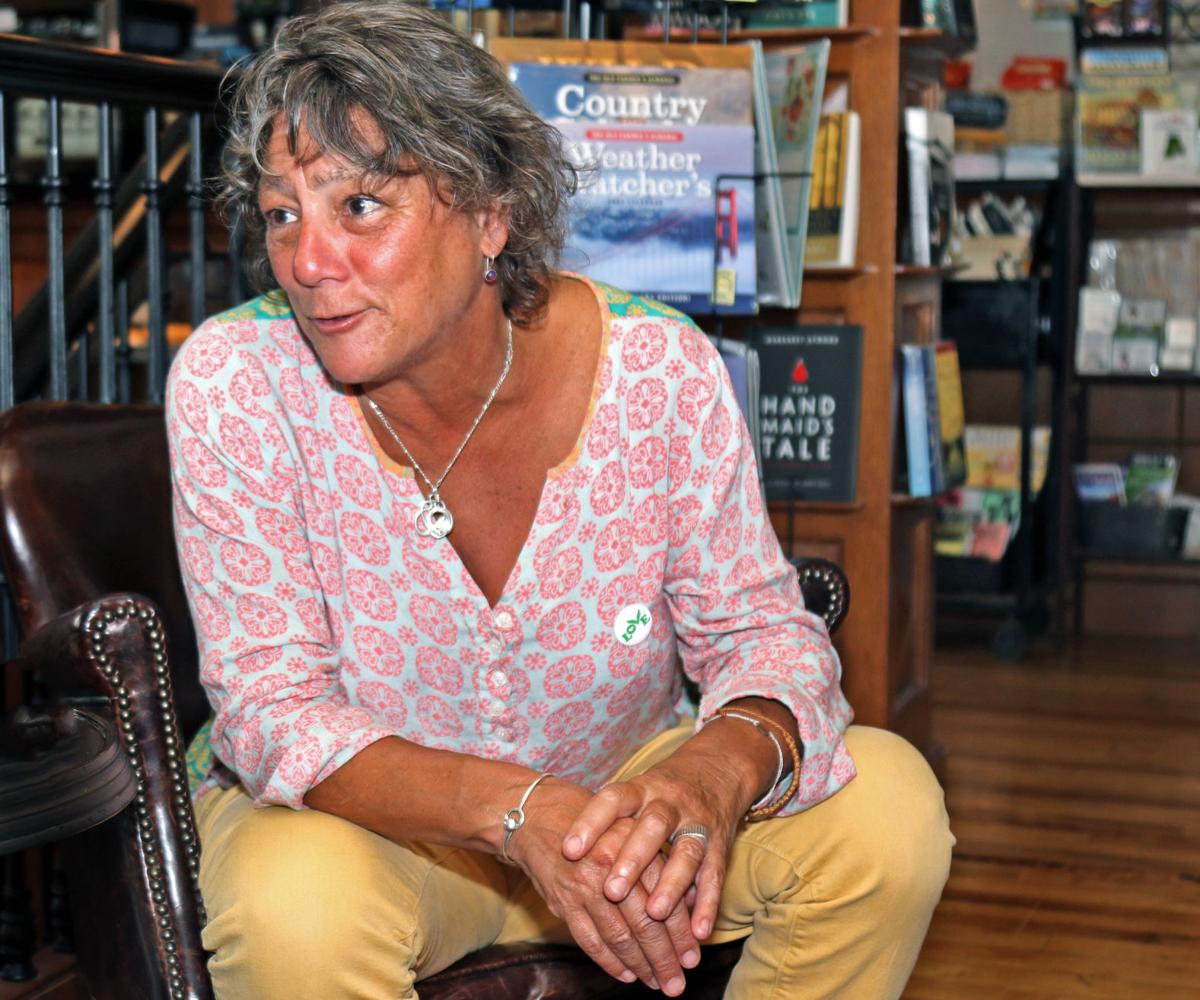 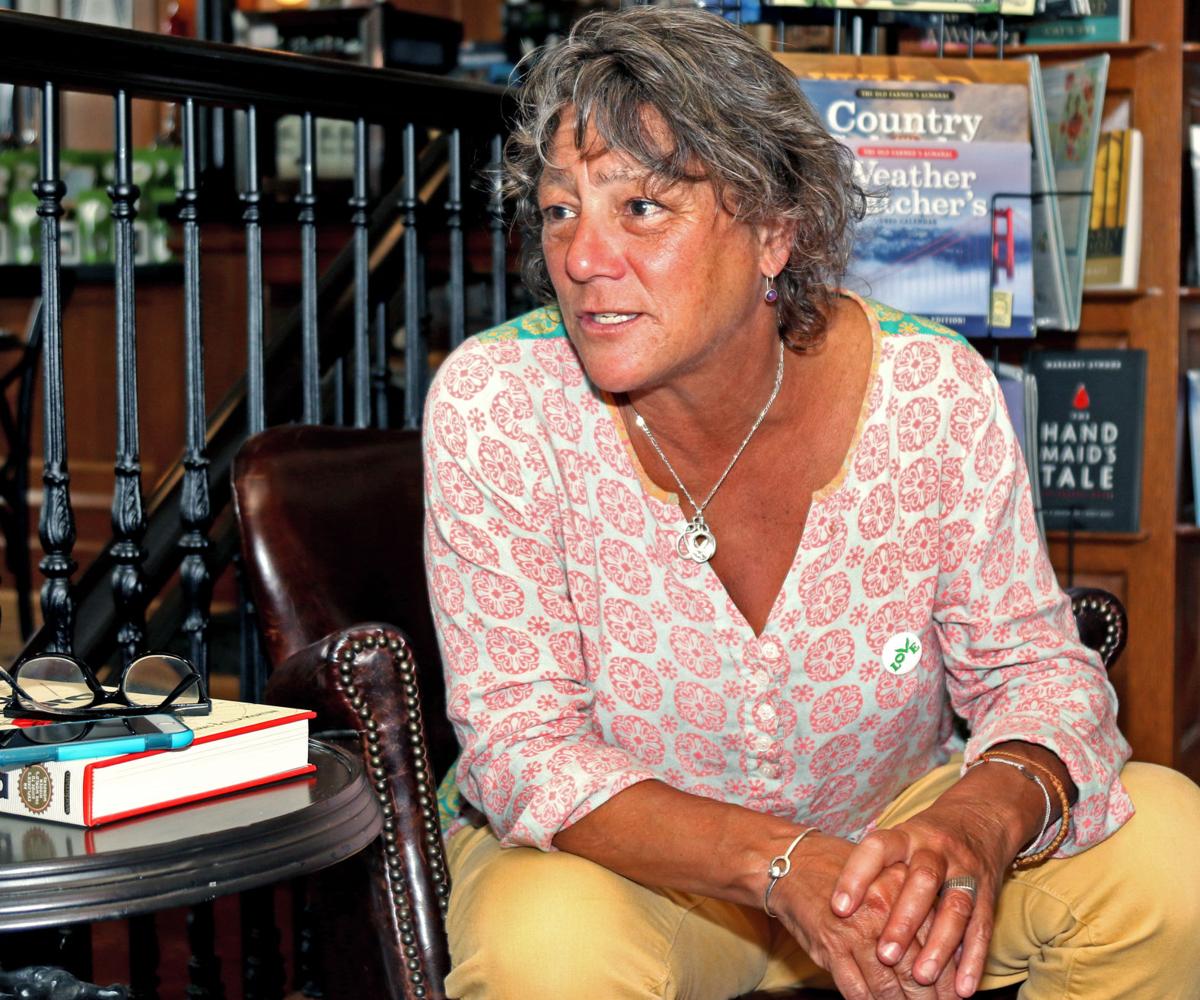 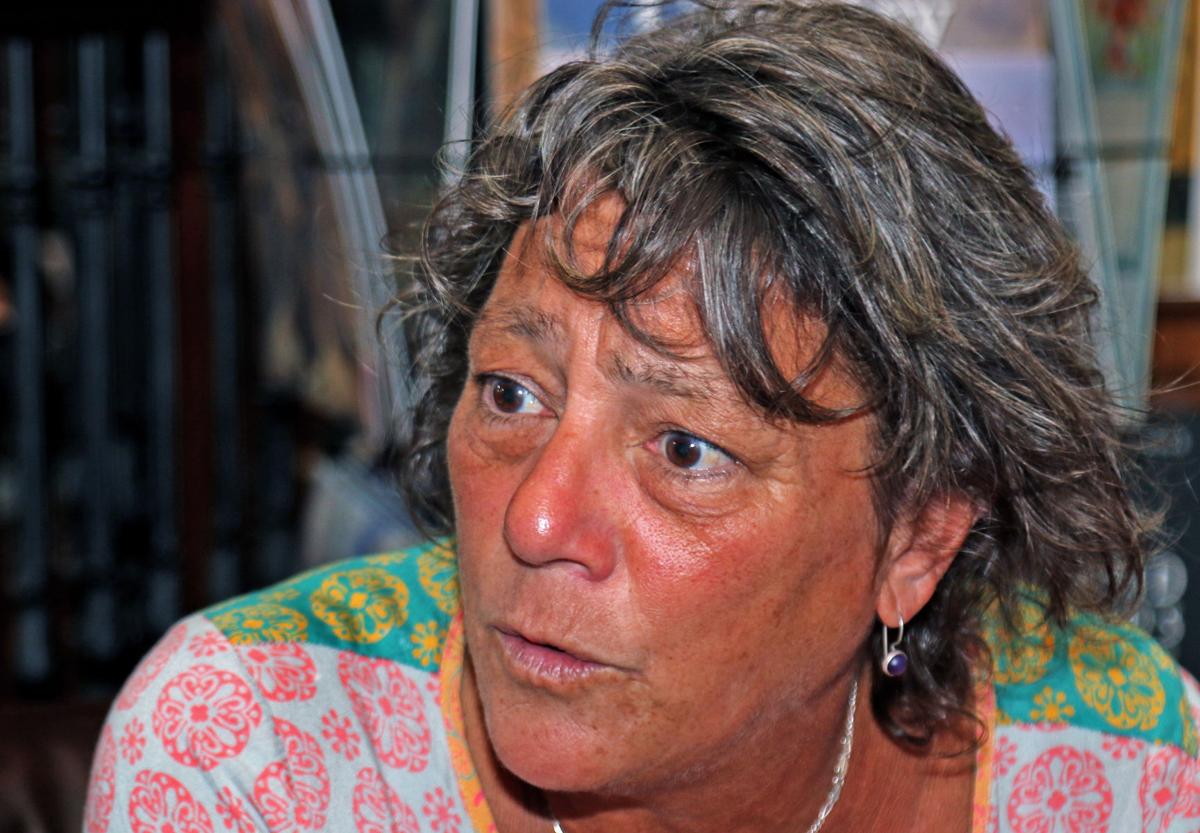 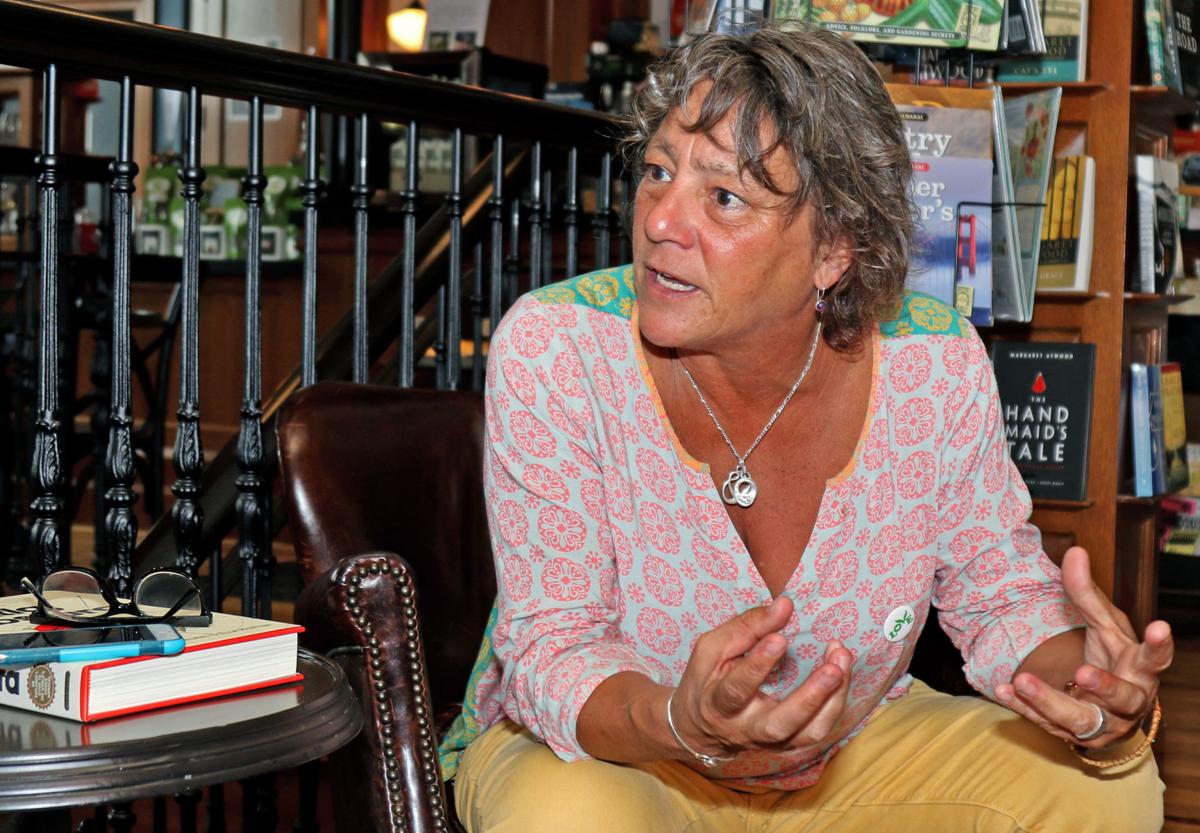 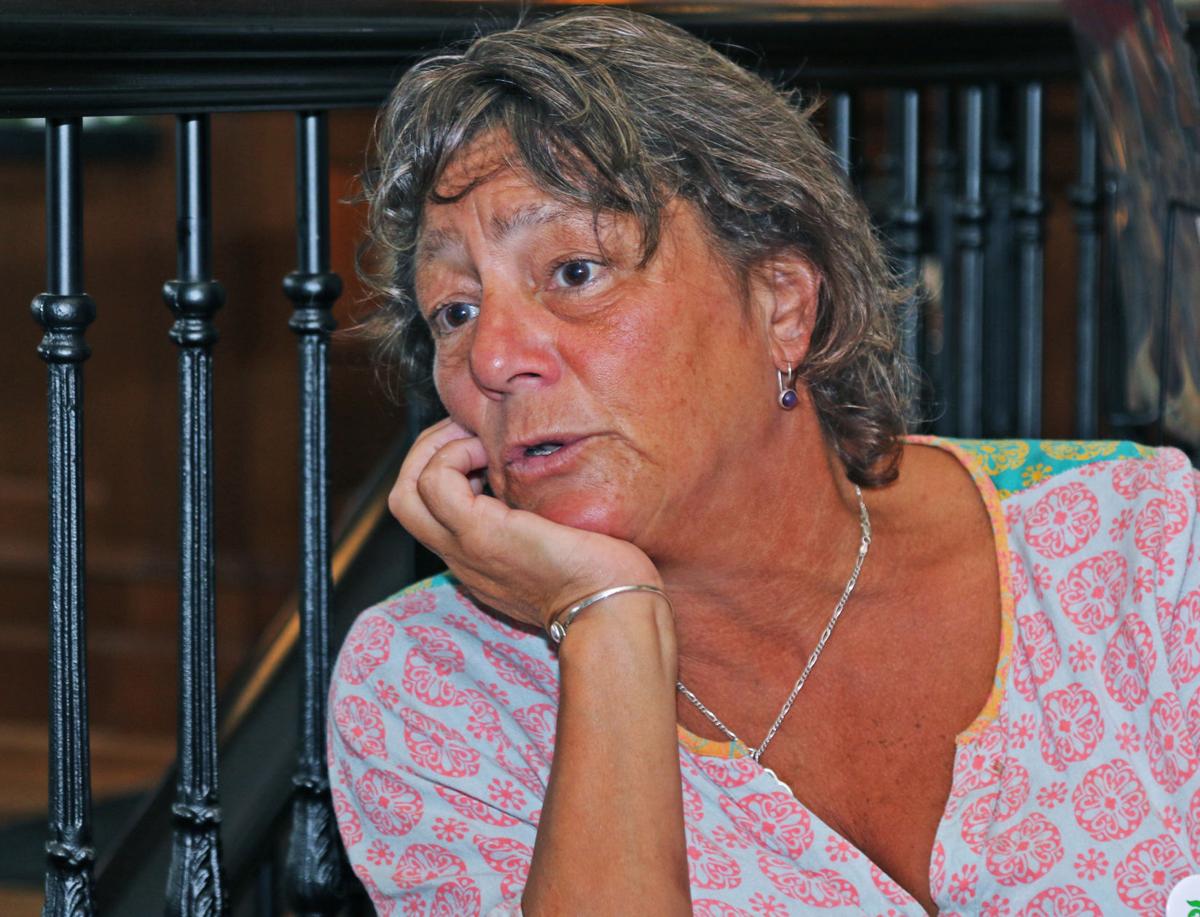 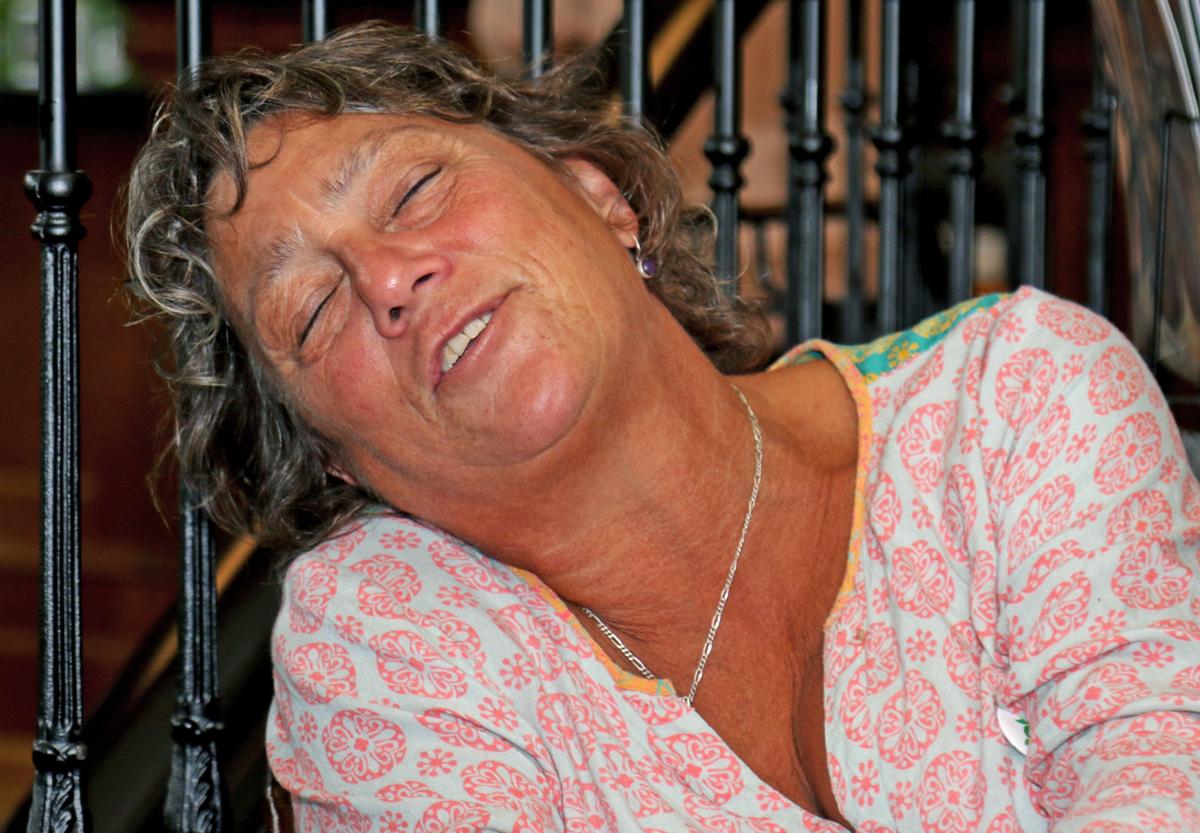 WESTERLY — Lisa Starr, the former state poet for Rhode Island, is looking forward to a new era, beginning with two landmark days ahead.

On Friday, Starr will officially begin her tenure as the artistic director of the Arts Café Mystic, when the venerable organization kicks off its 26th year. On Monday, she's off to New York where she will be one of the guest readers — along with former Secretary of State Hillary Rodham Clinton, Eve Ensler, Maria Shriver and poet Coleman Barks — at "A Tribute to Mary Oliver," when the 92nd Street Y hosts a tribute to the Pulitzer Prize-winning poet who died in January.

Oliver and Starr had become close during Oliver's final years and Starr served often as one of Oliver's caretakers. Starr was with Oliver when she died. A few months later, in March, Barks, Starr's best friend and companion, a poet widely known for his translations of the poet Rumi — the man who introduced her to Oliver — suffered a massive stroke at his home in Georgia. For the next several months Starr traveled back and forth from her home in Westerly to care for Barks who has made a remarkable recovery.

"This last winter was really, really incredible... filled with grief and gratitude... and lots of surreality," said Starr one afternoon last week as she sat inside Savoy Bookshop and Café.

"Mary's death was a profound experience," said Starr who who wrote a poignant, personal essay in the April edition of "Parabola" Magazine called "The Courageous Mary Oliver," in which she describes her love for her "private, humble, fierce, intuitive, and hilarious" friend. "It was a huge honor to have known Mary."

Starr, who said she plans to read two of her poems about Oliver at Monday's tribute, called the invitation "a huge, huge, huge honor."

She chuckled when she told of getting an email from the organizers of the event, asking if she'd be comfortable sitting next to Hillary Clinton.

"I'll have to tell her that I'm a big crier," Starr said with a smile.

Starr, founder of the Block Island Poetry Project, an annual event which attracted hundreds of poets from all over the world to the Hygeia House, the Block Island B&B she ran with her former husband, said she's ready at long last to embrace her new leadership role at the Arts Café Mystic.

"It's time," said Starr with a laugh. "Things finally shifted... I've been in my way for a long time."

Starr, who has "one book in the works and another one coming," said she felt "utterly, utterly voiceless" for a while and "without a story to tell."

"I was really, really down," she said, and poetry felt "so far away."

"After Mary's death and Coleman's stroke," she said, "I wrote the thirty poems I needed to write."

Although the idea for Starr to take the reins from Christie Max Williams, who had served as the artistic director of the café for its first 25 years, had been percolating for a while, it was only recently that it all came together.

"I want to give Christie a lot of credit," Starr said. "He continued to toss me a life line until I was ready to grab it."

"I had begun thinking about passing the torch to someone else a while ago," said Williams, an actor. "And I knew it had to go to someone with similar skills and outlook on poetry and music and with an ability to connect warmly with an audience."

"Lisa brings those skills as a speaker and as a presenter," he continued, "I knew that, and I knew she had a deep knowledge of contemporary poets and poetry."

Williams said when he first approached Starr about taking the helm, he realized she wasn't quite ready.

"She was at a transition in her life and as a friend and someone who cares deeply, I understood," Williams said. "I told her, 'We can be patient and wait.' And simply put, it worked out."

"There's no two ways about the fact that Lisa is my hand-picked successor," he added. "The Arts Café is in excellent hands and I am very optimistic it will be around for the next twenty-five years."

"Christie has been a great friend and a great advocate," said Starr, who works as a hostess at Amigos Taqueria Y Tequila on Canal Street when she's not organizing poetry events at the bookshop.

Starr, who also worked across the street at Pat Isted's Twisted Vine, said working at restaurants gives her the opportunity to get out and "meet people."

Recently, she said, along the lines of meeting people, she broke the gender barrier when she became the first female member of a local poker group.

Starr said she's excited about Friday's event, which will be headlined by Marjory Wentworth, a poet currently serving her 16th year as the Poet Laureate of South Carolina, who will be the program's main reader.

"She's one of the first poet laureates I met," said Starr. "And she has an amazing voice."

"They are such good people," she said, "All their proceeds from the CD go to the WARM Center."

Starr said she's also excited about the others fall programs at the Arts Cafe Mystic. The October program will feature Barks as the opening voice and former Poet Laureate of the United States Billy Collins as the main voice. Author Wally Lamb is lined up for November's program.

In between time, Starr will continue with her poetry salons at Savoy, to the delight of the folks at the bookstore.

"Lisa Starr is a brilliant poet and such a gift to Westerly's literary scene," said Elissa Sweet, who oversees marketing and events for Savoy and Mystic's Bank Square Books. "She works tirelessly to boost up other artists and support the writing community in our area, and always while radiating a positive, warm energy."

"She has also been such a wonderful friend to Savoy, from reading her works at events alongside other poets to hosting a poetry salon on the first Monday of every month at the bookstore," Sweet added. "We are so lucky to have Lisa and are so happy for everything she has accomplished."

Starr, who grew up in Ledyard, is the mother of two adult children, Orrin and Camille. She moved to Westerly several years ago after closing the Hygeia House. Soon after, she established poetry salons at Savoy and the now-shuttered 84 Tavern on Canal, and hosted poetry evenings at the Valiant Brothers Provisions, a Pawcatuck restaurant once owned by her brother, David Silverberg. Starr and her two older siblings, David and their sister, Alyson, all live in Westerly.

TICKETS: $15 for general admission and $5 for students, are sold at the door. Doors open at 7 p.m. for art gallery viewing before the program. For more information, contact Lisa Starr at info@theartscafemystic.org. Visit the website at www.theartscafemystic.org for follow The Arts Café Mystic on Facebook.

PHOTOS: A peaceful sunset by the Pawcatuck River