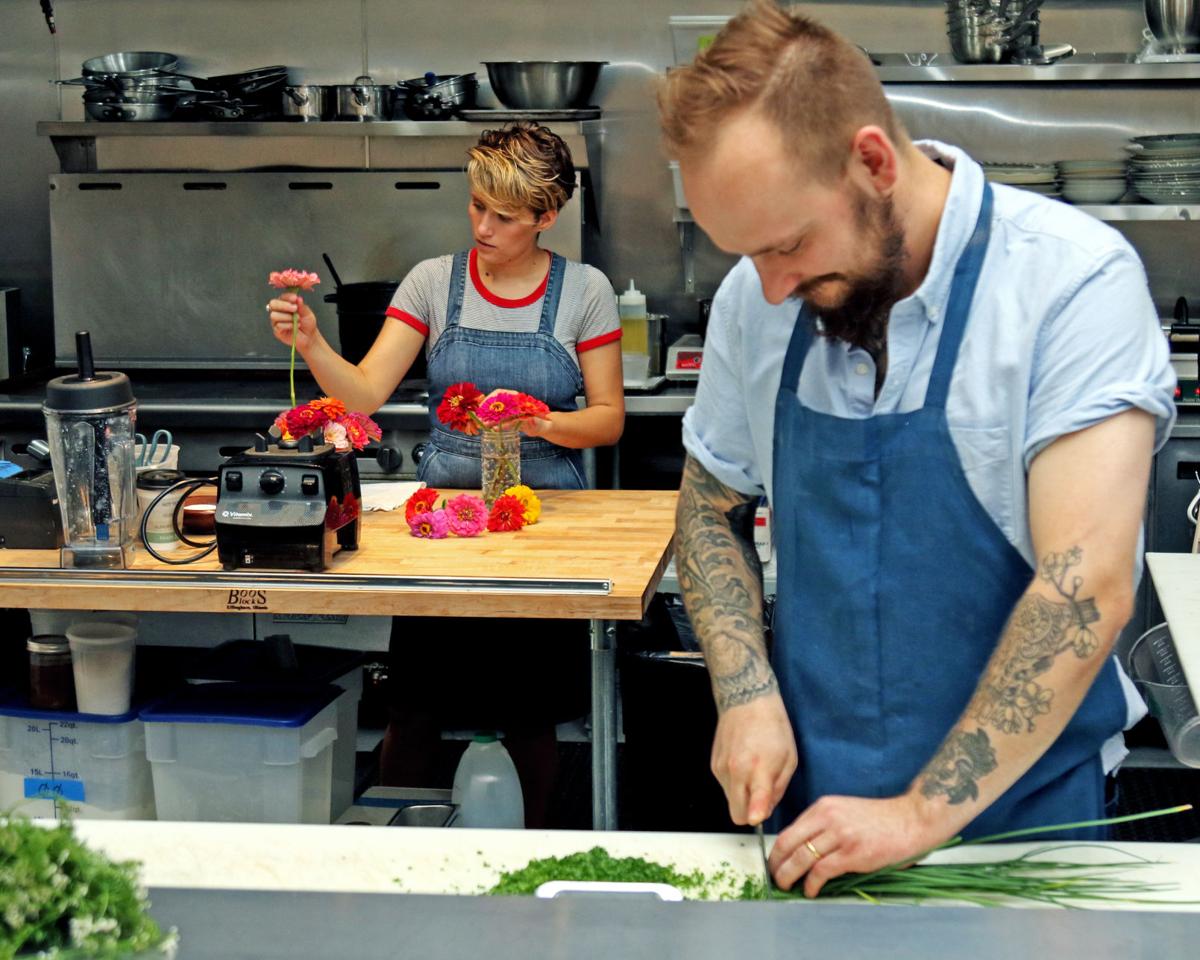 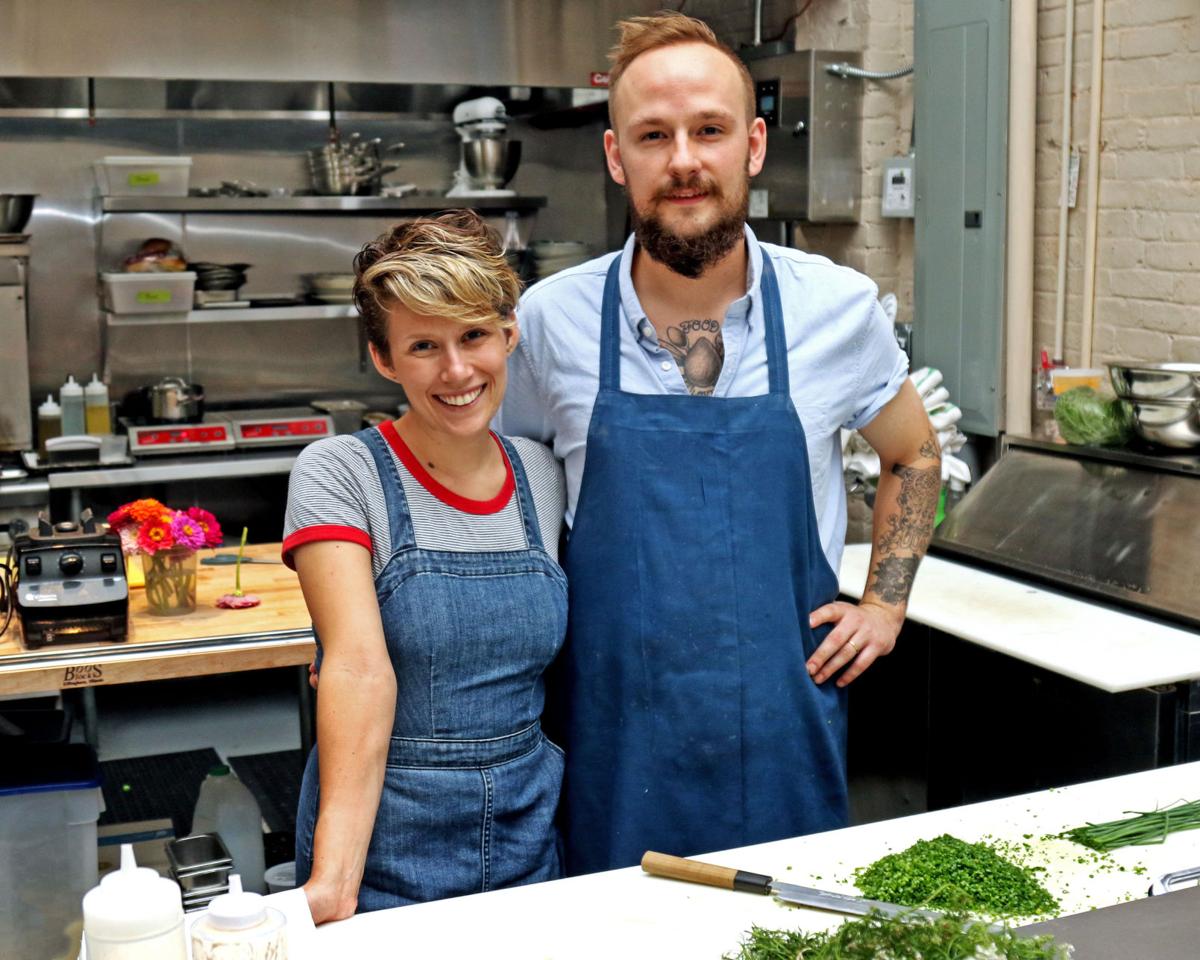 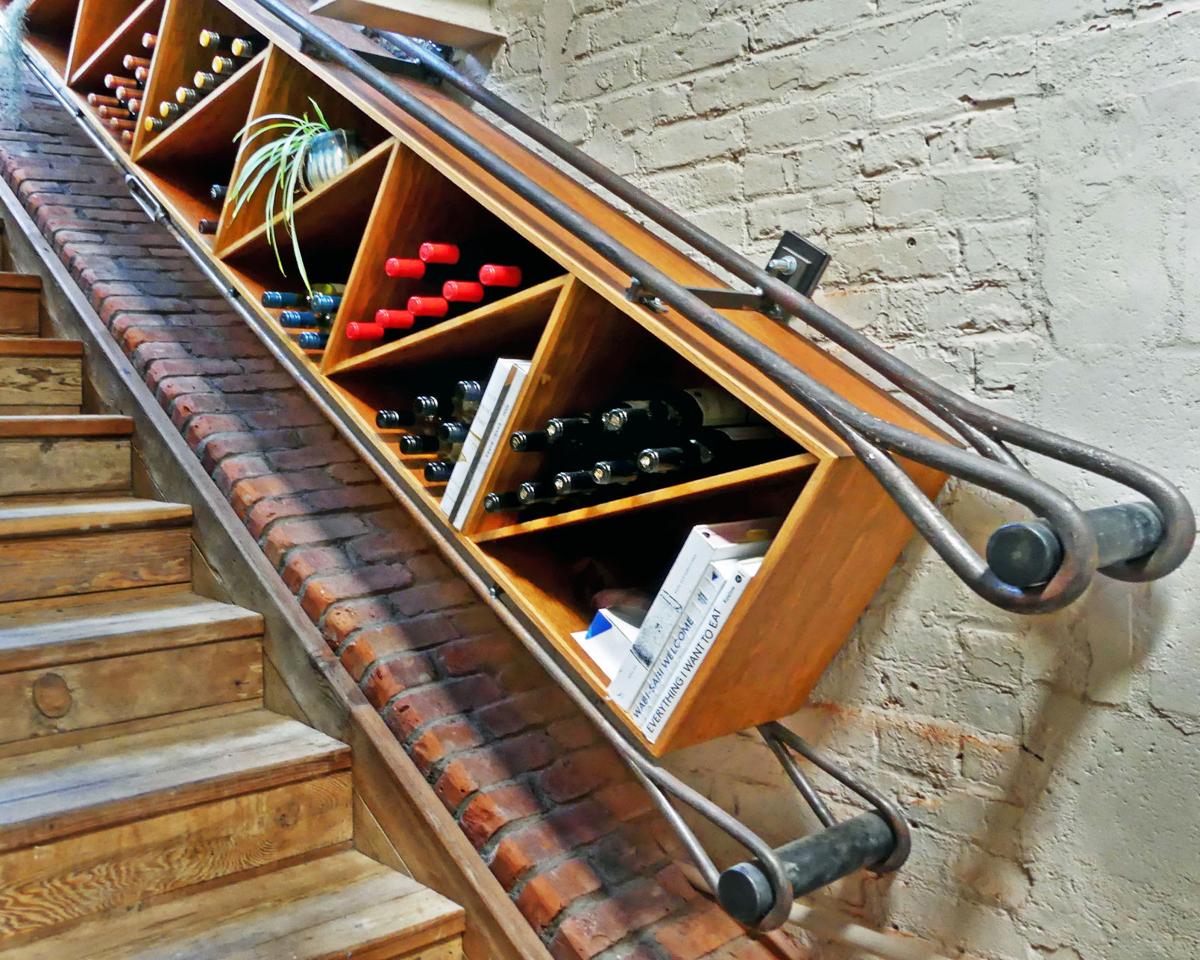 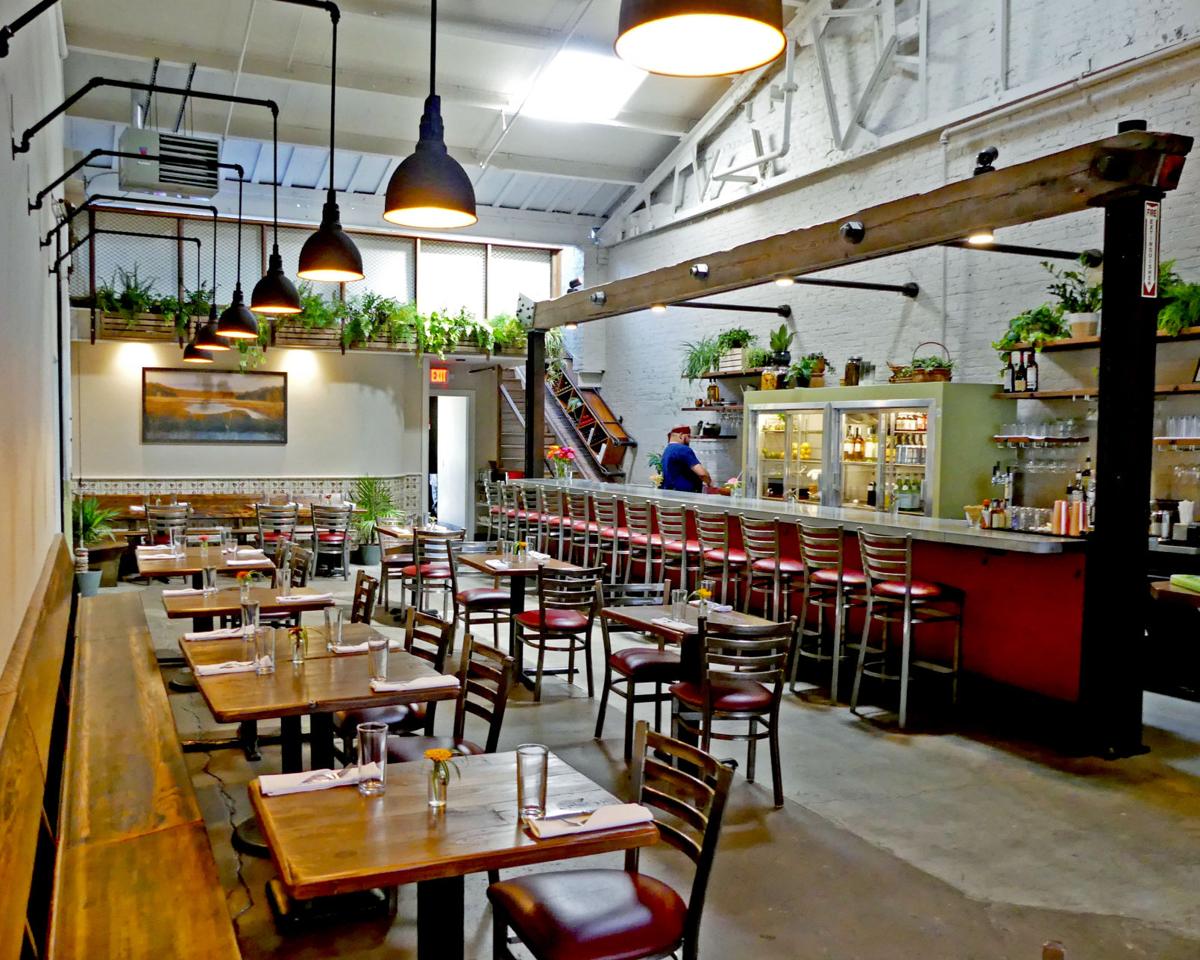 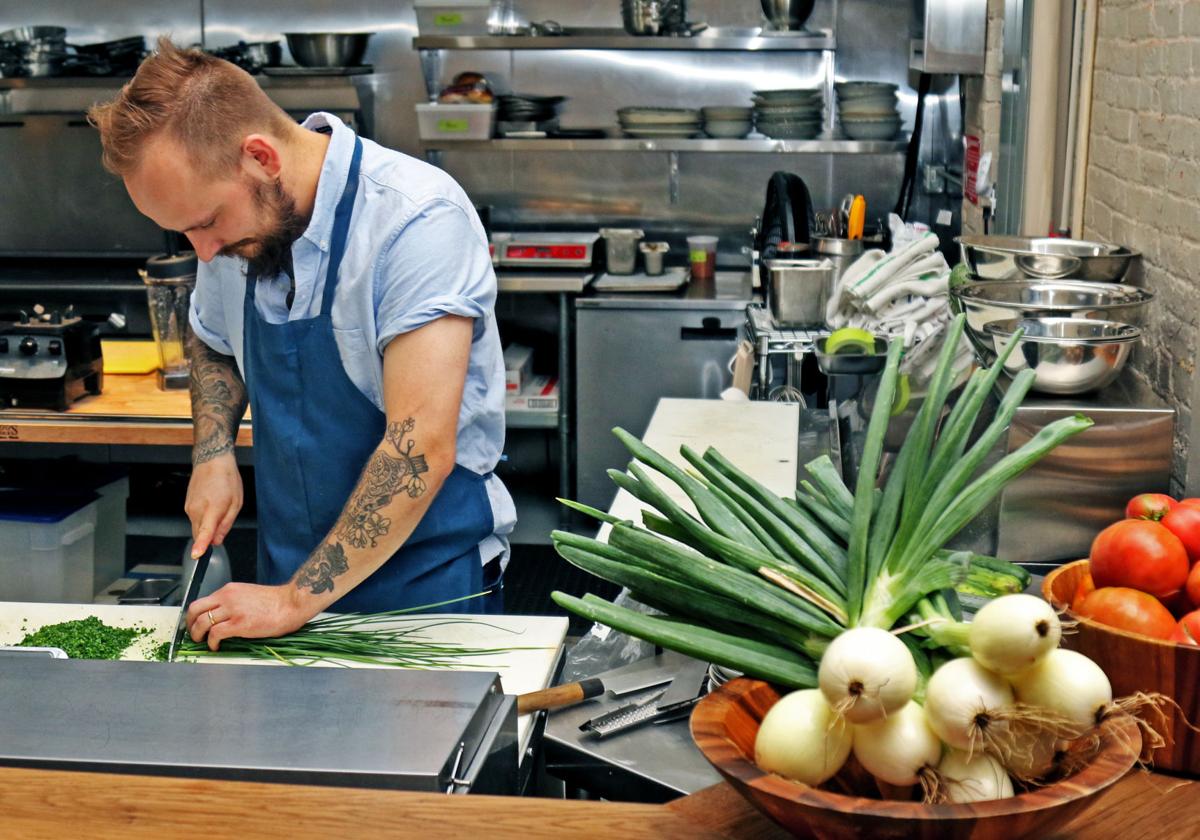 STONINGTON — Simple, unpretentious dishes, imaginative cuisine, and local products. Those are the ingredients a young couple are using for their new bistro-style restaurant that opened this month.

Johan Jensen and his wife, Abbey Hemmann, both 26, are the owners of the Whitecrest Eatery, located in the Velvet Mill on Bayview Avenue in Stonington.

Jensen, who apprenticed as a chef in his native Denmark, says his goal is to “go super local” by using as many local products as possible while keeping the menu simple and delicious. He noted that in Danish culture, regional cuisine was almost forgotten because people found it easier to eat canned food during the dark winter months.

In 2004, a Nordic Food program was established by chefs, Jensen said, featuring the “Nordic Kitchen Manifesto.” It encouraged the use of fresh, seasonal ingredients and sought to develop new applications of traditional products.

Taking this concept, Jensen has developed a menu for Whitecrest that changes daily according to what products are available in the surrounding area. Jensen said he likes to keep his dishes minimalist but with unique combinations of all-fresh ingredients such as locally caught seafood and locally raised pork and beef.

Hemmann said, “We just wanted to create a cozy space for people to come to, nothing too pretentious or fancy.” And Jensen added, “We have no secrets. That’s why we have an open kitchen. You can be an eatery and deliver a cool experience where you can see it’s real food and real people that are making it.”

“You can always read it in people’s eyes as soon as they get the dish,” Jensen said. “So it’s easier for me to go and save that table and ask if they want to try something else.”

“For me just having that dialogue and talking with people about the food and just giving them the story just makes it easier for them to try something new,” Jensen said.

“I smoked a lot of beef tongue this week, and that’s not for everybody,” Jensen said. “I basically got it for nothing from my farmer because nobody likes it.”

“But I prepared a really good meal so I can send it as small dishes to the industry people that come here that like to try something different,” he said.

Hemmann said, “When I was growing up I didn’t eat anything. I was so picky. But when I met Johan, he showed me how much love is put into food, and I think that is what makes the difference.”

“I had a tartar sauce for my fried oysters,” Jensen said. “But the difference is we make our own sweet pickle relish. Normally people will just buy it from Stop & Shop.”

“We make homemade vinegar and we make mignonettes out of the homemade vinegar for the oysters,” Jensen said. “There’s one pasta on the menu but it’s always our own pasta dough. We roll it out in the morning, and when it’s sold out that’s it.”

Jensen says he likes the traditional way of using all parts of the animal in cooking, because that adds to the flavor. “The way they do pork in Mexico, they basically braise it in lard with the pig’s feet and the face,” Jensen said. “So I get the pork butts in, and I get a couple of pig feet and other stuff.”

The couple met on Cape Cod several years ago when Hemmann was working as a live-in nanny for a woman who owned a restaurant, and were married three years ago.

Besides offering appetizers and ever-changing entrees, the Whitecrest menu also includes a variety of wines, draft and bottled beer, and uniquely named cocktails including a Scarlet Begonia, a Rye’d or Die, and a Let the Night Be-Gin.

The restaurant is open Wednesday through Sunday for lunch and dinner.

PHOTOS: The catch of the day at the Stonington Town Dock

Lobsters, sea scallops are moving out of southern New England

At the Library: Mouthwatering recipes to try at home