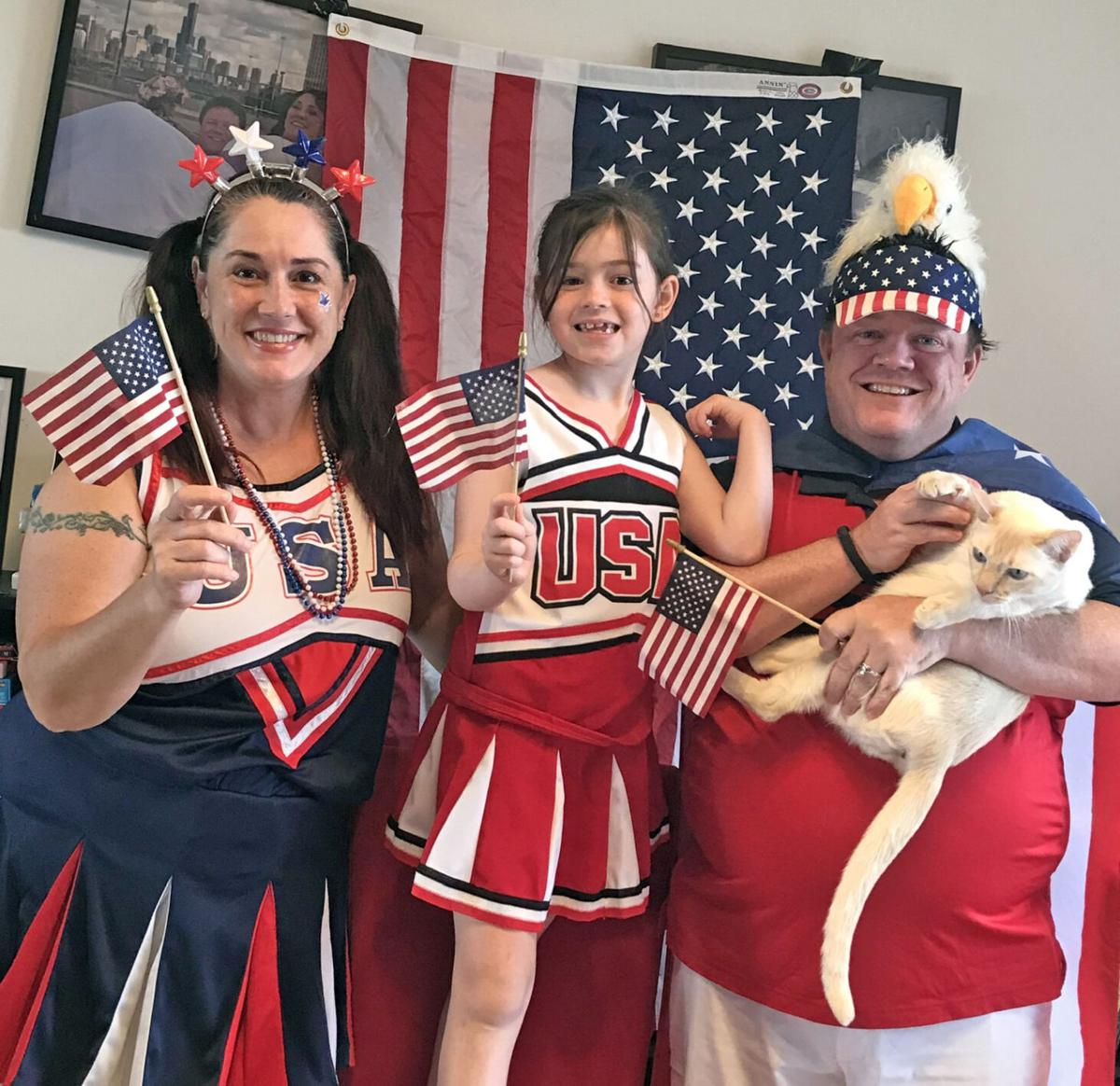 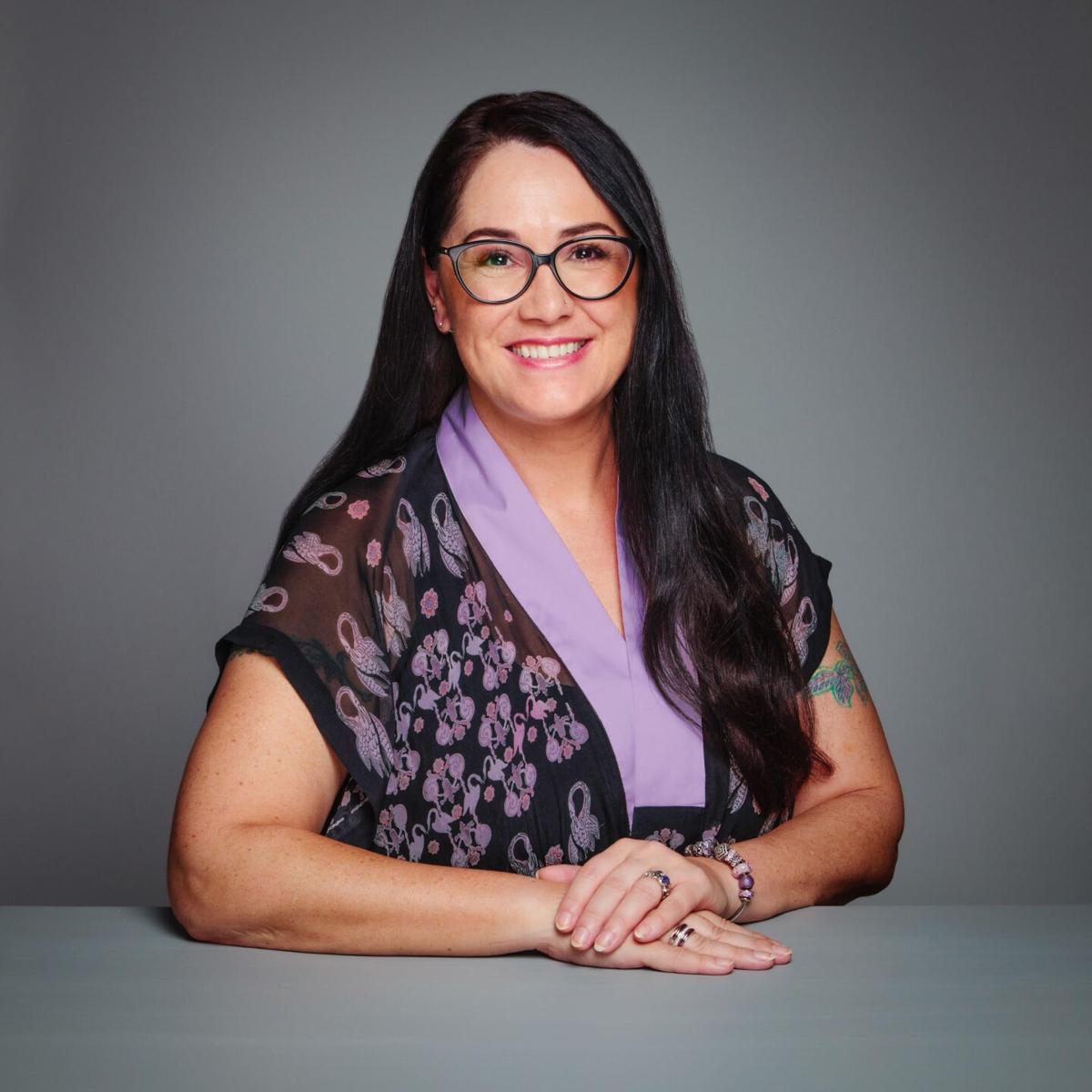 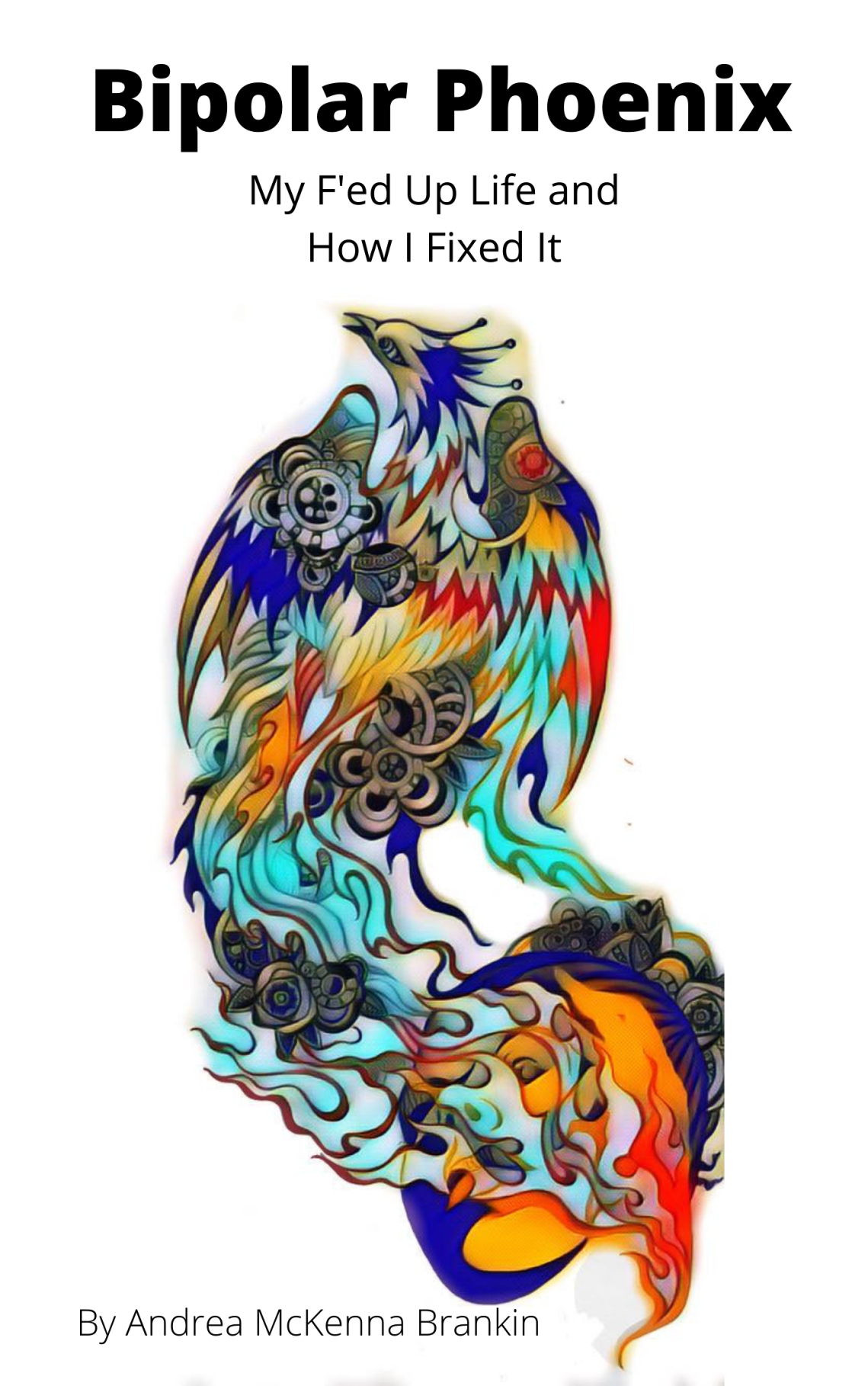 Stonington High School graduate Andrea McKenna Brankin, who makes her home in Singapore these days, is a 49-year-old journalist and married mother of an eight-year-old daughter who lives a full life...  all while living with bipolar disorder.

To coincide with World Mental Health Day last Saturday, Brankin arranged for the debut of her self-published book, "Bipolar Phoenix: My F’ed Up Life and How I Fixed It," available on Amazon.com and Kindle.

She has also launched a web talk show called "Bipolar Phoenix Andrea," on her Facebook and YouTube pages.

Her book, she said, is "about a woman who has been burned and reborn by her experience with bipolar disorder."

After several years of playing the victim, Brankin said she took charge of her healing, began speaking out about her life and how she changed it,  and began offering support to others suffering from mental health problems.

Her book focuses on the healing solutions, she said, "so those who suffer also may rise from the ashes."

In an email interview last week, Brankin, who grew up in Mystic and attended Stonington public schools, said that while she was "an emotional child, stoic at times... and sensitive," the real tell-tale signs of bipolar didn't really appeared until she was in her late 20s.

The symptoms manifested following "a bad divorce," she said, noting that "bipolar often emerges after a major life event."

In childhood, she said, symptoms are usually more manageable and can go undetected.

"I was never good at emotion regulation and that became a big problem with the bipolar episodes," she said. "Bipolar disorder is a mood disorder that makes you really depressed and alternatively really fired up, aka manic/high energy."

"I had an excellent education and memorable experiences in Stonington," she stressed. "It prepared me for future success as a journalist in Boston, New York City, London, Chicago and here in Singapore."

In 2011, Brankin and her husband, Chris Brankin, CEO of TDAmeritrade Singapore, moved from Chicago to Singapore. Their daughter, Georgia Grace, was born in 2012.

Playing sports, she said, "especially field hockey (Hockey Bears '89) also fortified me and allowed me to play at high levels."

Brankin also played field hockey at Boston University, and is a former U.S. select-side rugby player, USA Boxing competitor and a Yoga Alliance-certified yoga instructor, specializing in pre-natal yoga, kids yoga and meditation. She also coaches her daughter’s kids team for the Titans Rugby Club and is a coach and mentor for the Titans Under 16 and Under 14 ladies’ teams.

"I had a great base growing up in Mystic," she said, "I still visit friends there when I come home, though COVID-19 has kept us from visiting the U.S."

"In my generation, bipolar often was not diagnosed until someone's life fell apart," she said. "I had suicide attempts and that was when I was finally diagnosed properly. Before that, everyone said I was just depressed and anxious."

"Depression," she added, "can't work, can't get out of bed, no motivation for life, friends, activities."

Asked what inspired her to turn her life around, she said, "once I decided that I wanted to live, I decided not to focus on being a victim and became a mental health advocate."

She became a speaker for Chicago branch of the National Alliance on Mental Illness and gave talks at universities and hospitals. She also worked with the Crisis Intervention Team for the Chicago Police Department, appeared as a guest speaker on bipolar disorder on NBC News Channel 5 in Chicago and in various Chicago-area university classrooms, including De Paul University, Loyola University and Northwestern University Feinberg School of Medicine.

"I also made it my life's work to help anyone who asked for it," she added. "Sharing my story is helping break down stigma — which is still a thing."

"With treatment and working on yourself, you can have a life," she said.

"Seeing a psychotherapist can help reconstruct your behavioral patterns so you can function better in relationships, both personal and work," she said. "I do a lot of yoga and meditation."

Brankin has been a yoga teacher for 20 years and has taught all over the world; from Chicago, to Norwich to Mystic to Bali, Indonesia to Tamil Nadu, India, and Singapore.

"It's not just one thing or the other though, I do a combination of things," she stressed. "It takes a well-rounded approach for me to live my best life with bipolar disorder. I am very happy now!

Asked if she had advice for those living with bipolar, Brankin said, "See a doctor and get treatment."

"Absolutely step one," she said. "It will save your life. No excuses."

Brankin warns people with bipolar not to listen to people who say things like, "just get over it," or "there's nothing wrong you," or "you're weak," or "God is punishing you."

Most importantly, she said, "don't listen to anyone who gives you some kind of treatment suggestion if they are not a doctor, i.e. essential oils can heal you, meditating or praying can heal you, start running, go on a soul-searching trip, etc., then see a medical doctor."

Asked for advice for people who live and love people with bipolar, Brankin said, "Try not to judge the person too much. They need help and their behavior is a reflection of the illness, not who they are in their heart."

"Bipolar people need treatment to live their best lives," she said. "Don't throw them out, don't turn your back on them. Help them get treatment."

"I would not be here without the loving support of my family and friends who were an unwavering source of understanding and encouragement even when I made bad mistakes because I was mentally unwell," she said. "Take suicidal thoughts and behavior seriously. Get them help. Know the signs and learn the symptoms of bipolar disorder... educate yourself so you can be that unwavering support."

At the Library: The library can take you under the sea