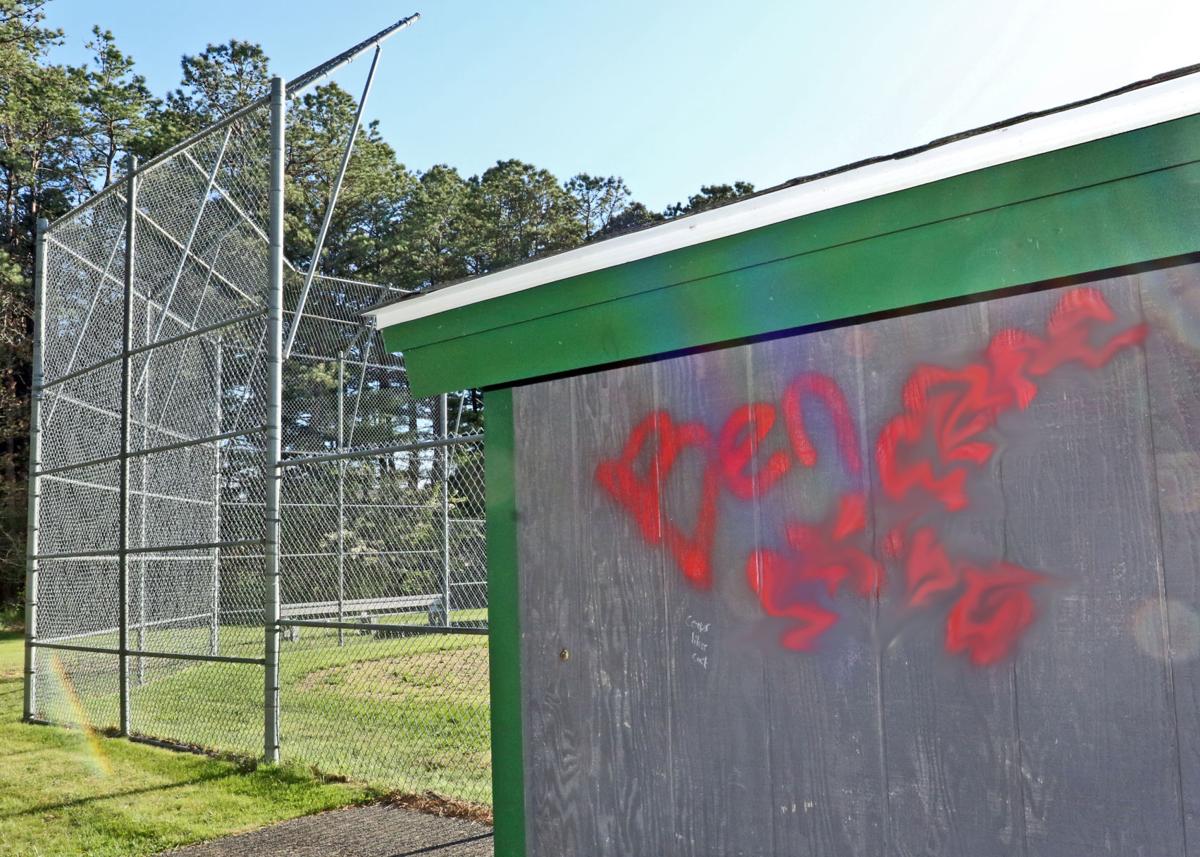 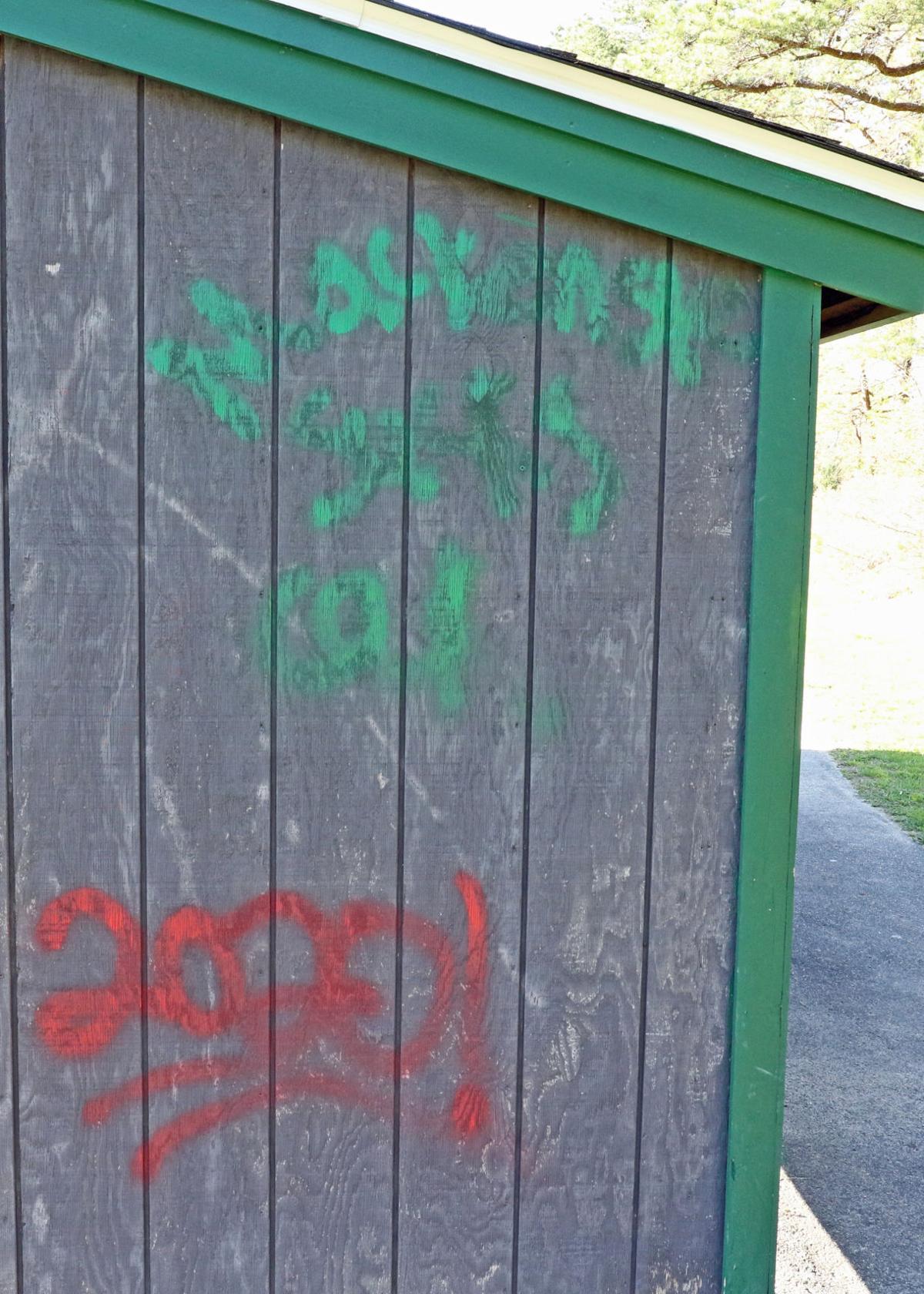 WOOD RIVER JUNCTION —The Chariho community was shaken by the discovery Wednesday of graffiti painted on the seniors’ parking lot and a softball dugout. The attack was all the more upsetting because it contained lewd images and profanities, some of which targeted Principal Craig MacKenzie and Assistant Principal Andrea Spas.

“We are aware of citizen concerns being circulated on social media, but to be clear, there was no language, words, or images that could be construed as a hate crime or involving bias motivation against a protected class, and there was no damage or defacing of any memorials on campus,” Johnson said in a written statement. “There was no structural damage. The suspects used spray paint in two different colors, and the words and images have already been covered by the staff at Chariho.

"The images and words they painted were graphic, derogatory, and juvenile in nature. We will not disclose the specifics of the defacement so we limit the knowledge of those particulars to the Chariho Administration, police department, and the involved suspects so we don’t compromise our findings.”

The school district began removing the graffiti almost as soon as it was discovered.

Both MacKenzie and Spas were reluctant to discuss the incident.

Asked how much it would cost to remove the offending words and images, MacKenzie said he did not know, adding that the district was cleaning the paint from the pavement.

“We’re aware of it,” he said. “We started to clean it up. We’re investigating and we’ll hopefully identify the culprits so they can provide restitution.”

Members of the community took to social media to express their outrage at what had happened. In Hope Valley, residents David Husband and Mike Deniger contributed $100 each to a reward fund, which, by Thursday afternoon, had grown to $1,700, with a $1,000 contribution from Richmond Farms Fresh Market.

“I’m tired of this kind of crap going on,” Husband said. “It’s one thing to throw snowballs, for example, that’s harmless fun, I guess. This isn’t harmless fun. There’s no reason for what they did. It’s destructive, and because of that, it hurts a lot of people. I guess these kids get a kick out of it.”

Anyone with information about the incident is asked to call the Richmond Police Department at 401-539-8289.