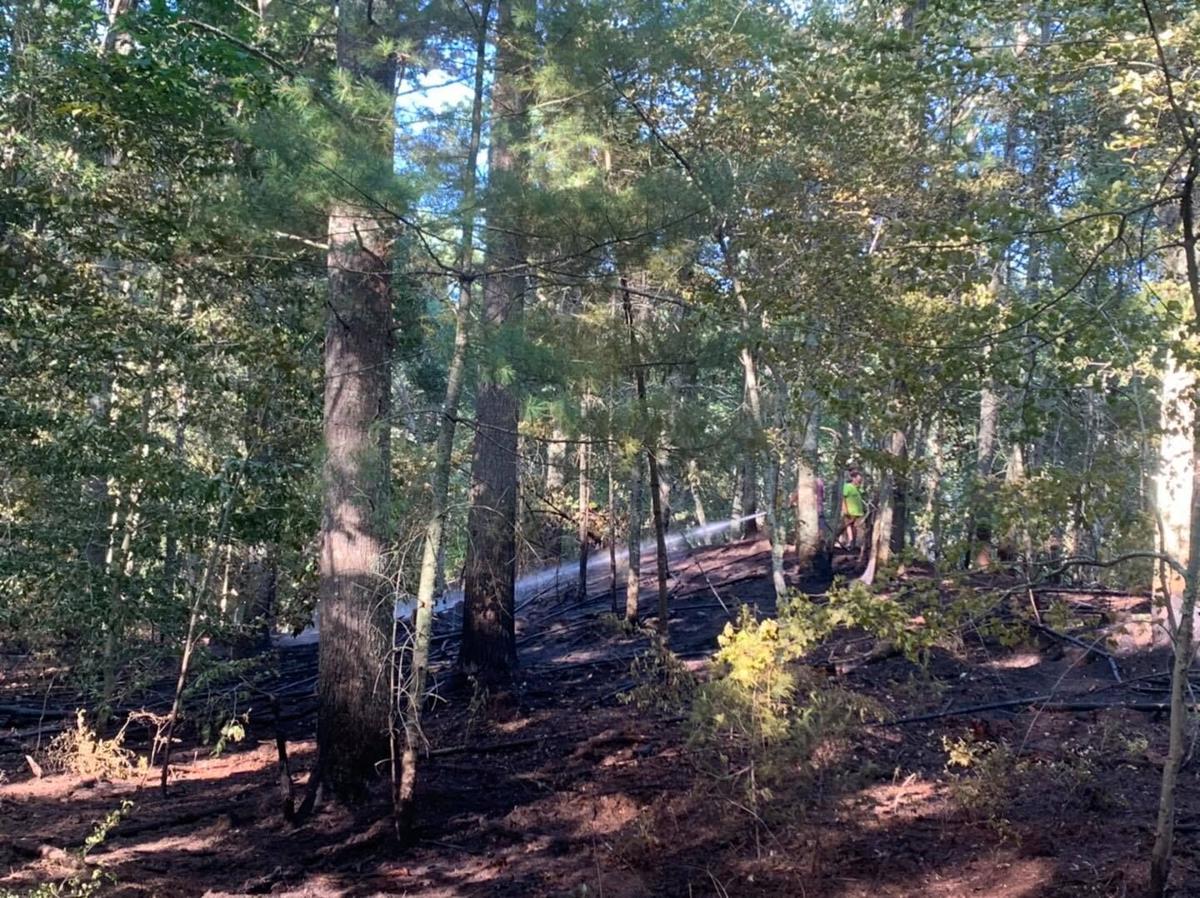 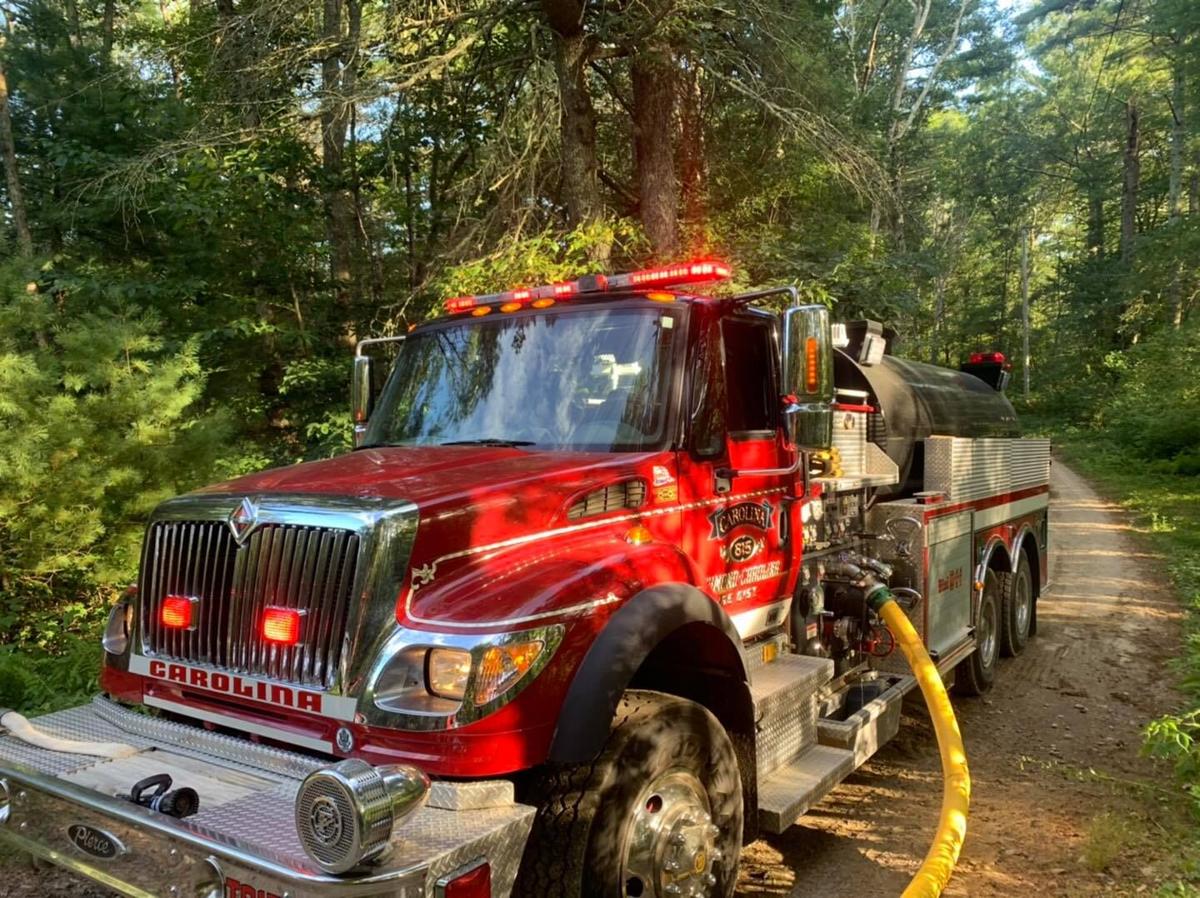 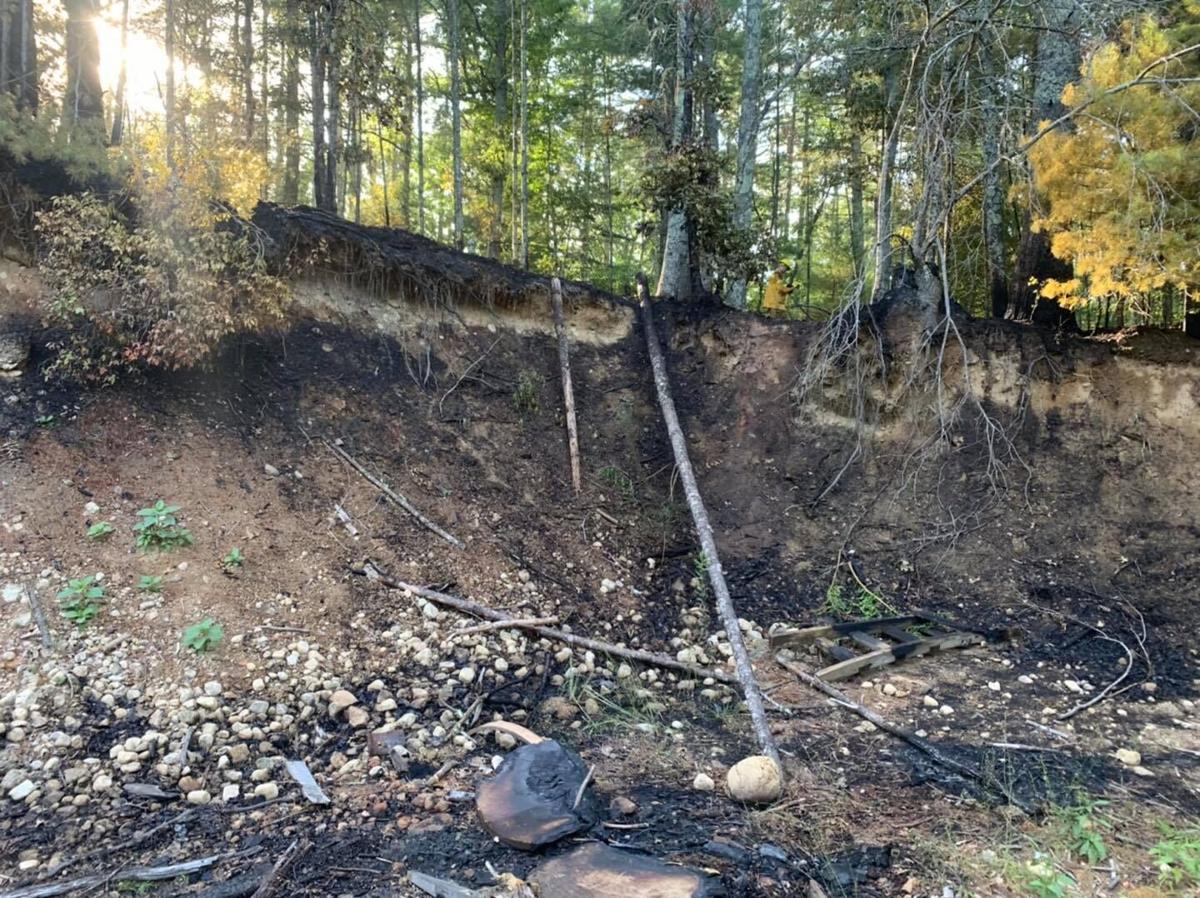 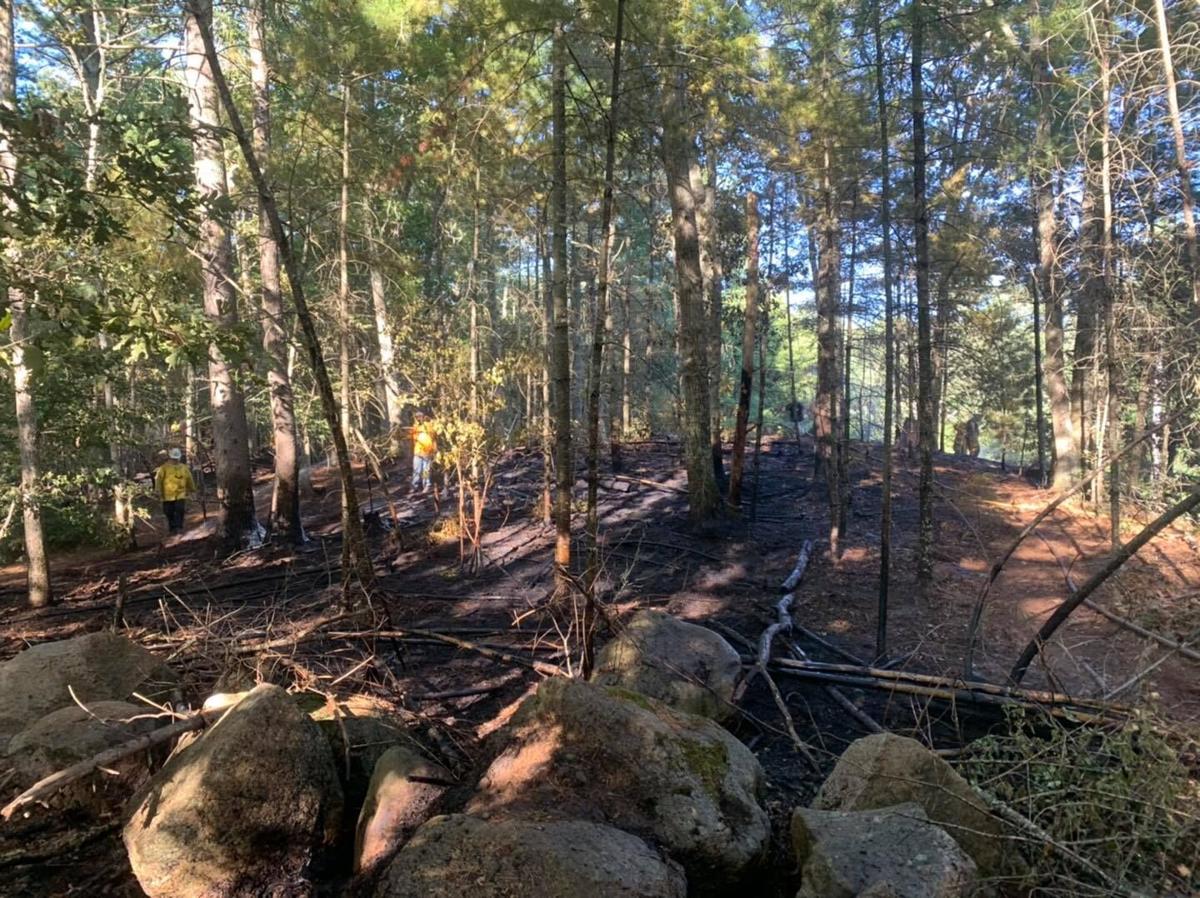 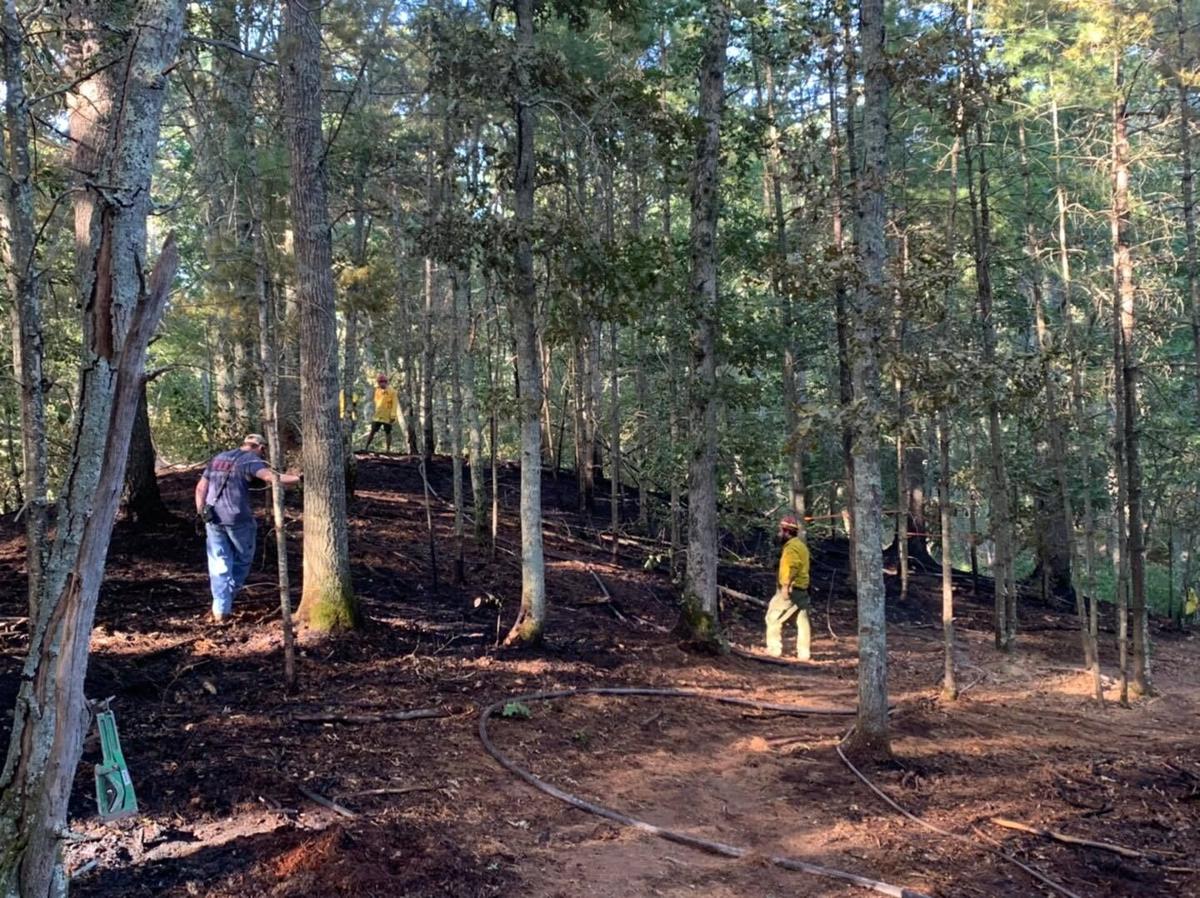 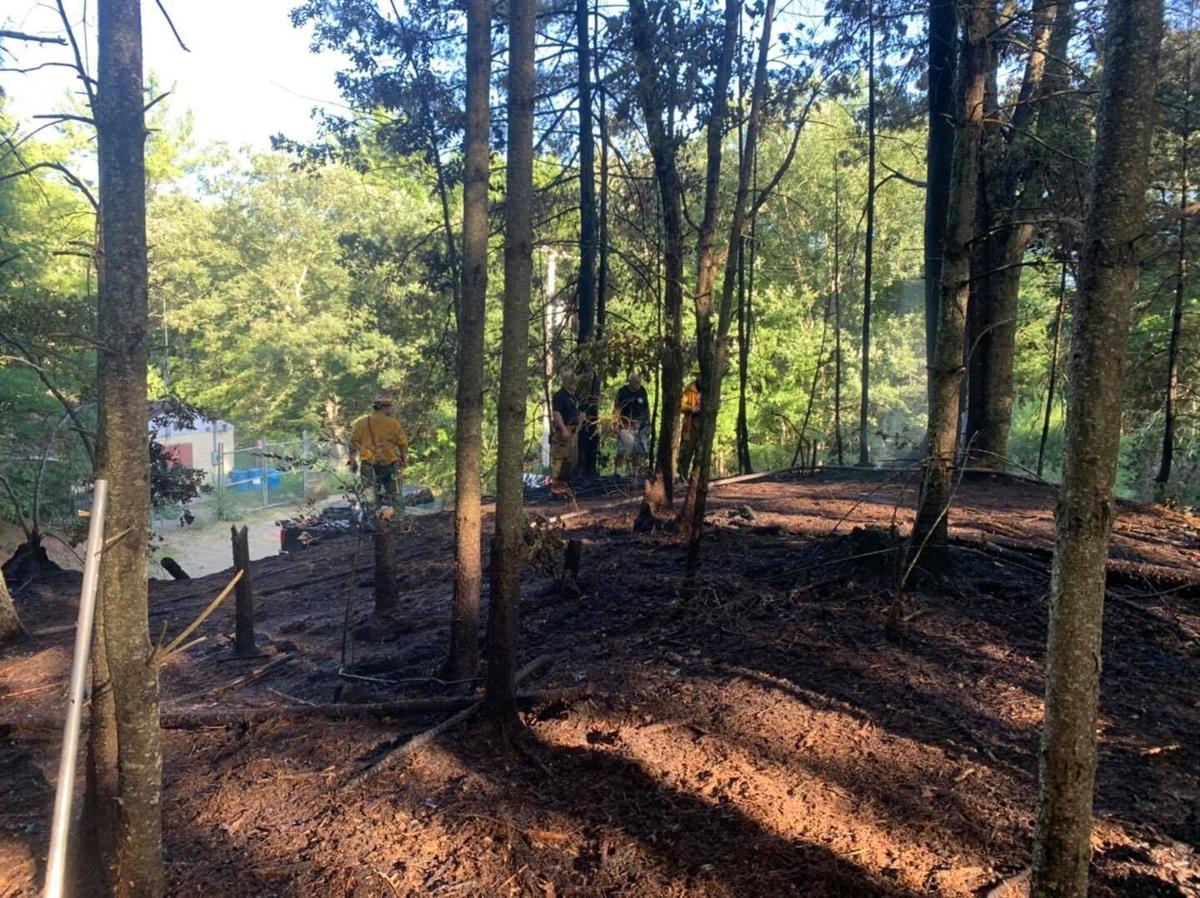 HOPKINTON — A slow-burning brush fire caused damage to nearly three-quarters of an acre of woodlands near Wood River on Monday, but firefighters were able to stop the blaze before it spread to any residential properties.

Firefighters with the Hope Valley-Wyoming Fire Department were called to Arcadia Road near Cherry Lane around 3:30 p.m. after residents reported smelling and seeing smoke coming from a forested area to the south. Responding firefighters worked to find the source of the fire, eventually locating a large section of burning brush across the river on Wood River Drive in Hopkinton.

Hope Valley-Wyoming Fire Chief Justin Lee said a team of approximately 20 fire volunteers established a perimeter around the blaze and were able to stop the fire from spreading further, but responders remained on the scene for nearly three hours to fully extinguish the fire and combat flare-ups.

"It was a challenge (dealing with the heat), but the volunteers did a good job of working to contain the fire quickly and working together to make sure it did not continue to spread," Lee said. "The fire was not fast-moving, which helped in preventing damage to an even larger section of forest."

Hope Valley firefighters were aided by tankers from the Richmond-Carolina Fire District and Exeter Volunteer Fire Department, as well as a brush unit with the Rhode Island Department of Environmental Protection that consisted of two forest rangers. No injuries were reported during the response.

The fire had likely erupted earlier in the day and began to slowly spread along the forest floor, Lee said. Witnesses told first responders that they had smelled some smoke earlier in the day, but officials said no one called 911 until a small cloud of smoke started to become visible.

Responding firefighters initially had a hard time locating the fire, but eventually found it on the opposite side of the river approximately 10 minutes after it was reported. The blaze had been nearing a well/outhouse structure when found, but Lee said firefighters stopped the spread before it caused any damage to the building.

"As is classic for summer brush fires, it burned deep into the forest floor," Lee said.

The three-hour response proved effective, and by sundown the department had verified that the fire was fully doused. Firefighters did so while battling heat that approached 90 degrees, officials said, and were able to utilize water breaks and rotations in order to avoid heat exhaustion and dehydration.

Lee said the fire has been labeled as "suspicious," but the exact cause remains under investigation.