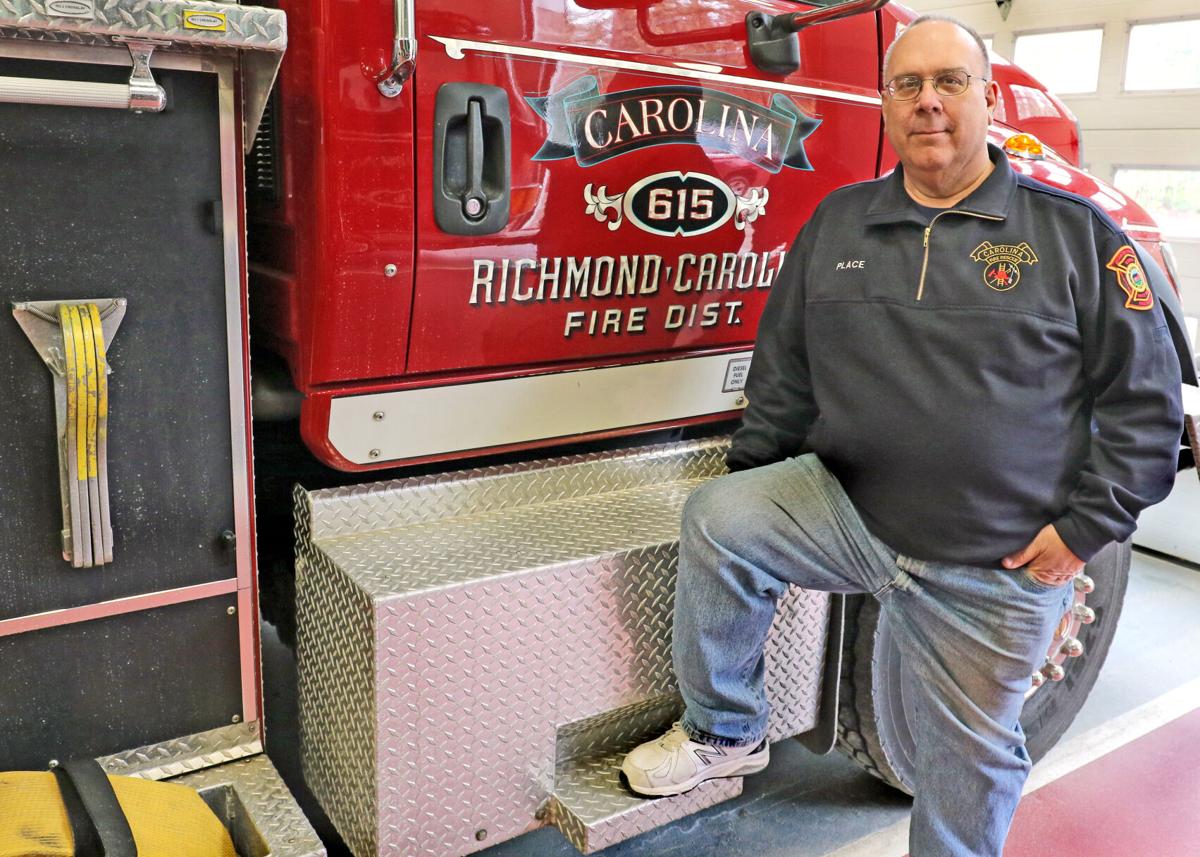 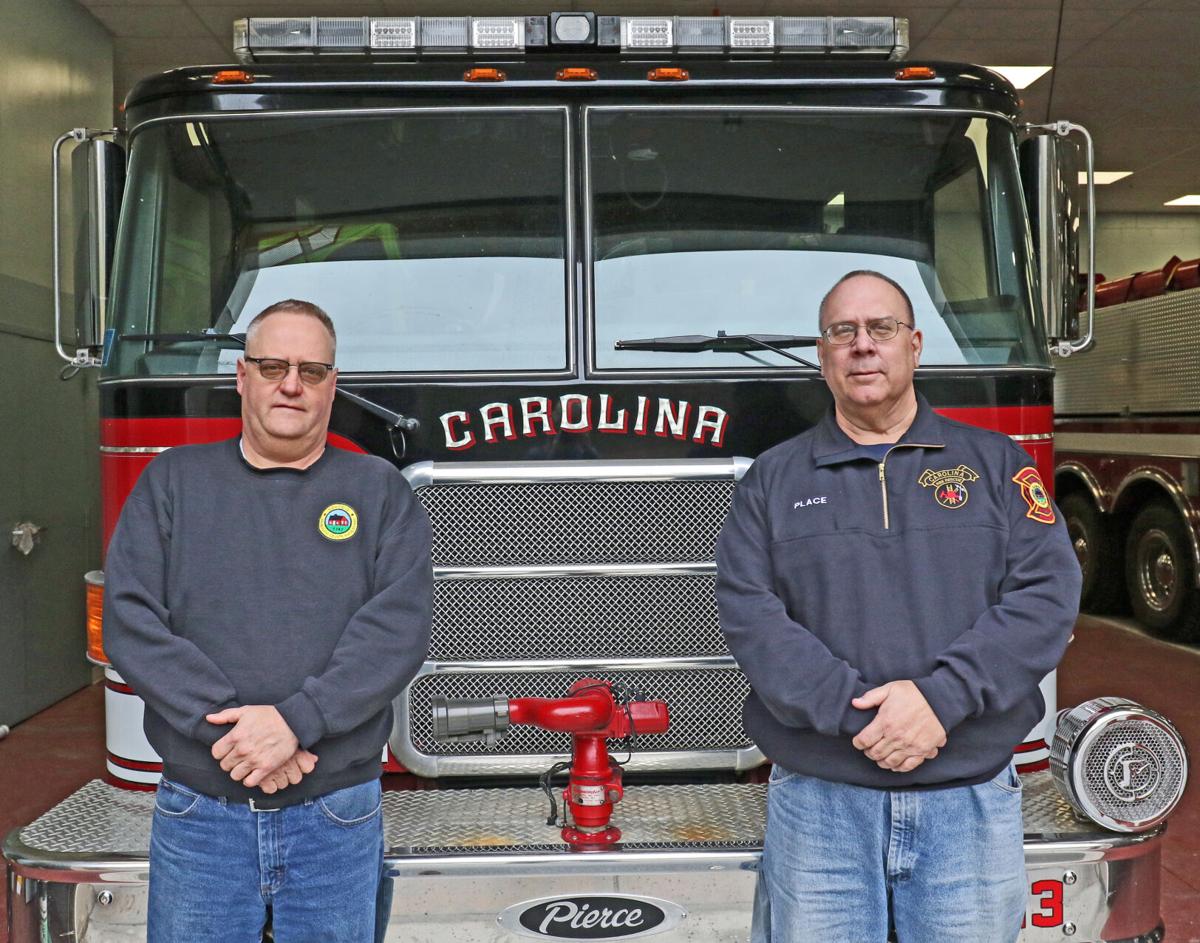 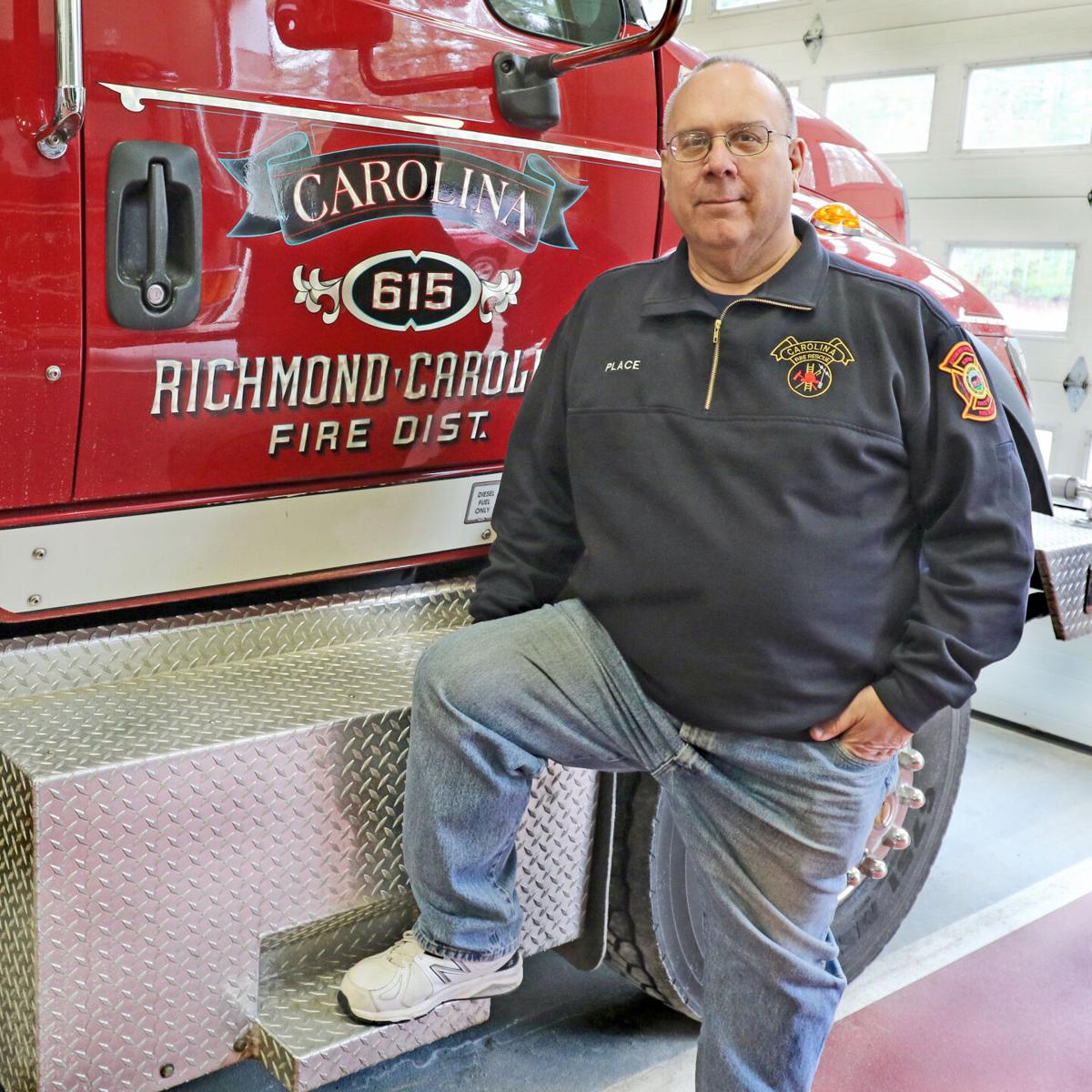 RICHMOND — Never one to blow his own horn, Keith Place is leaving Richmond quietly and without fanfare after decades of service to the town.

Richmond Carolina Fire Chief Scott Barber served for 40 years with Place, who was deputy chief of the department, and said Place delivered the retirement news over a slice of pizza.

“He came to me about a month ago and sat down, brought me some fresh pizza and said, ‘I got something to tell you,’” he said. “He came in with Borelli Bakery pizza from Coventry, so I knew it was important.”

Place, who also served as town sergeant, was known in the community for his calm demeanor. Richmond Police Chief Elwood Johnson described him as unflappable.

“His command of his temperament is really amazing,” Johnson said. “I’ve seen him in a number of different capacities and he is always steady, calm, collected, in control of his emotions … he’s just a real guy.”

“He was very calm, very level-headed, clear thinking, you know? He never got shook,” he said.

Barber and Place not only fought fires together, they are close friends. A justice of the peace, Place performed the wedding ceremony for Barber’s son Seth, and his wife, Kayla.

“That’s who my son wanted, because he grew up knowing Keith as ‘Uncle Keith’” he said. “Keith’s been there through everything … he’s a man of few words. In all the years he and I have been friends, we’ve never had a disagreement. He’s just one of those guys you could always depend on.”

Place said he had enjoyed watching Barber’s rise through the ranks in the fire department.

“I’ve known him for a long time,” he said. “We became best friends and it was great working with him, seeing him come up through the ranks and become chief. He’s done a great job. He’s done a lot for the department.”

A lifelong resident of Richmond, Place, now 61, joined the fire department when he was 21.

“I just happened to be going by a house one day when they had a house fire, and I said, ‘boy, I could help them out.’ I didn’t plan on getting into it deep, but I ended up becoming an officer, then lieutenant, captain ... up to deputy chief. All I wanted to do was just help them out, you know?” Place said.

Place and his longtime partner, Jean, have bought a house in a retirement community in Florida and Place’s father, Neil, who served as Richmond police chief for 18 years, will be moving to Florida with them.

Place said that he would be taking with him lots of memories, both good and bad, of his life as a Richmond firefighter.

“We had a few bad ones,” he recalled. “The children down in Shannock that passed away in a house fire. That was a bad one.”

Asked what he would miss most about Richmond, Place didn’t hesitate.

“I’m going to miss the people,” he said. “You know, I’ve been here all my life. I’ve seen change. They said the town was going to go to pieces when they put Howard Johnson’s in, because it was [open] 24 hours.”

Town Administrator Karen Pinch said Place had been a well-liked and steadfast member of the community.

“Keith Place and his family have been a big part of the Richmond community for many, many years,” she said. “Keith has been the town sergeant for as long as I have been town administrator, almost six years, and we have always been able to count on him to be at our meetings when we needed him. He has also served the community as a member of the Richmond Carolina Fire Department and will definitely be missed by many people in our area.”

As Place begins his new life in Florida, Barber said he would miss their strong personal and professional relationships.

“I’m just going to miss him, you know?” he said. “It’s going to be a tough, tough transition.”

Council urges approval of bonds for schools and roads

Connecticut providers try to swap out J&J vaccine amid pause

Court rejects appeal of killer of 3 in home invasion