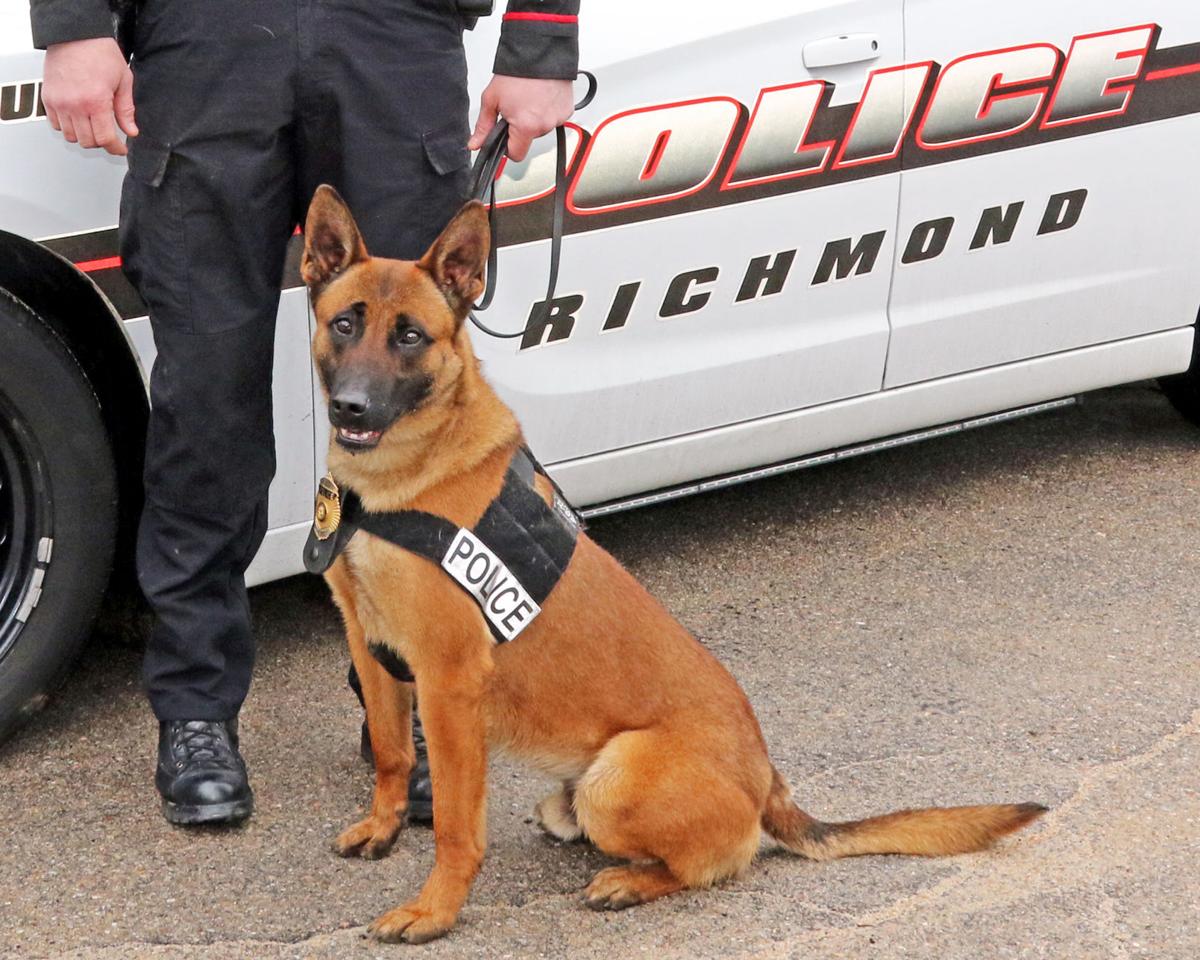 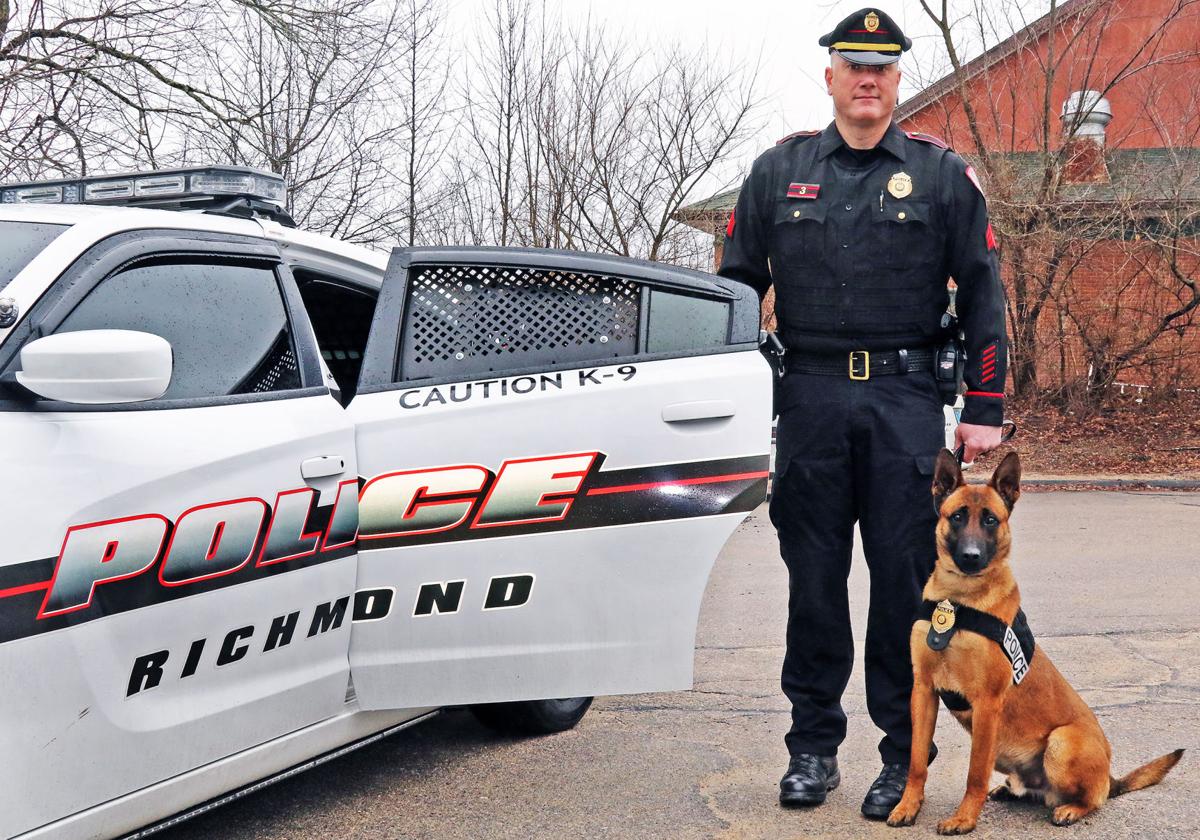 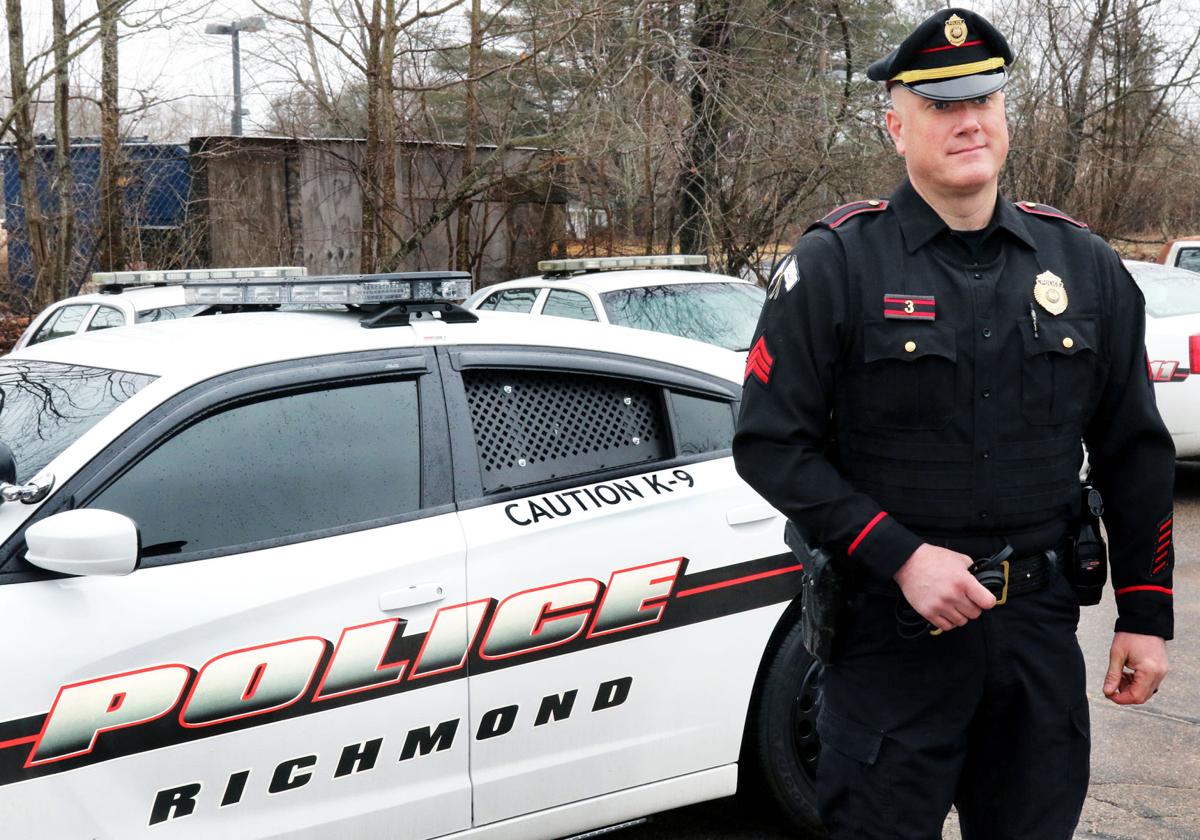 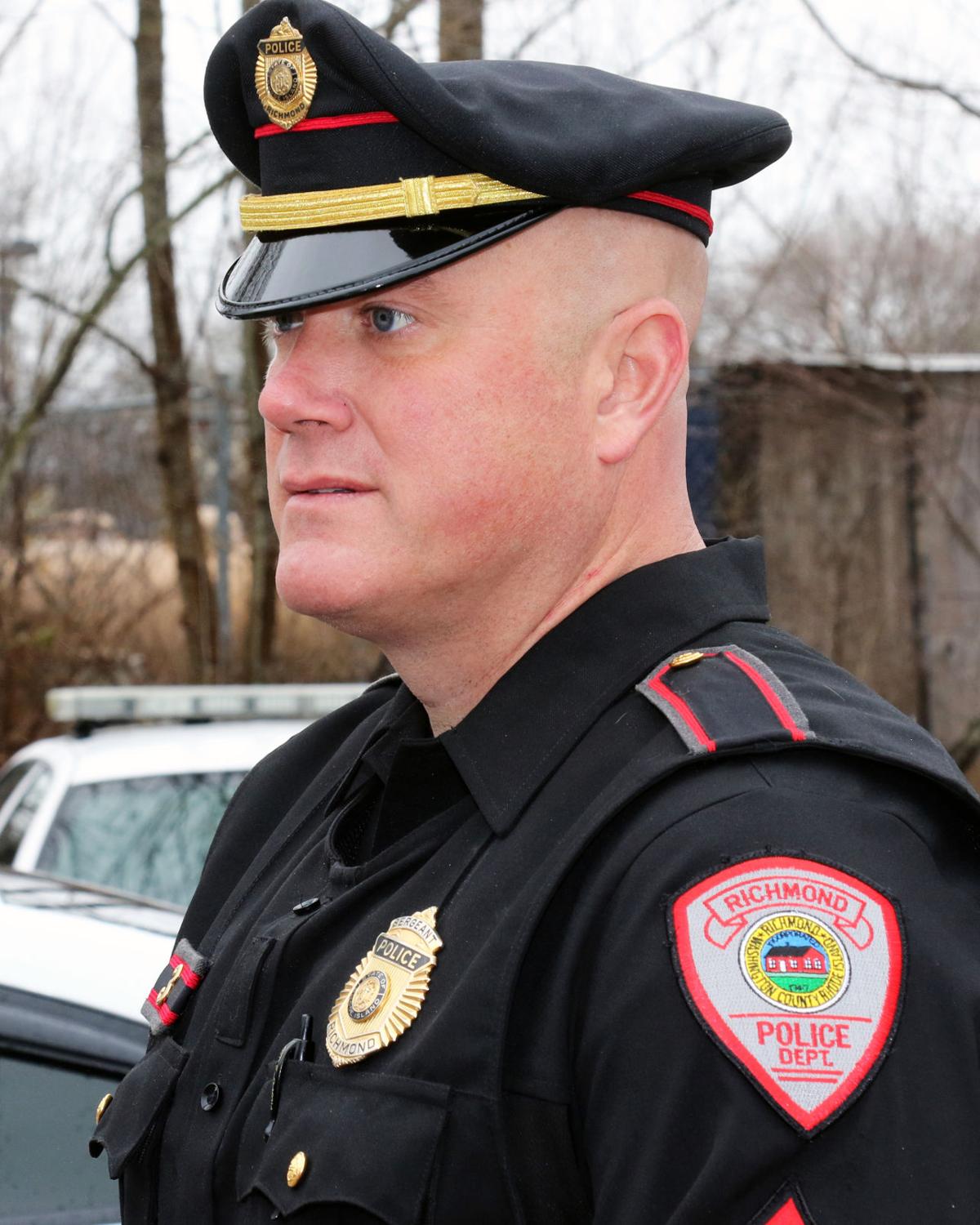 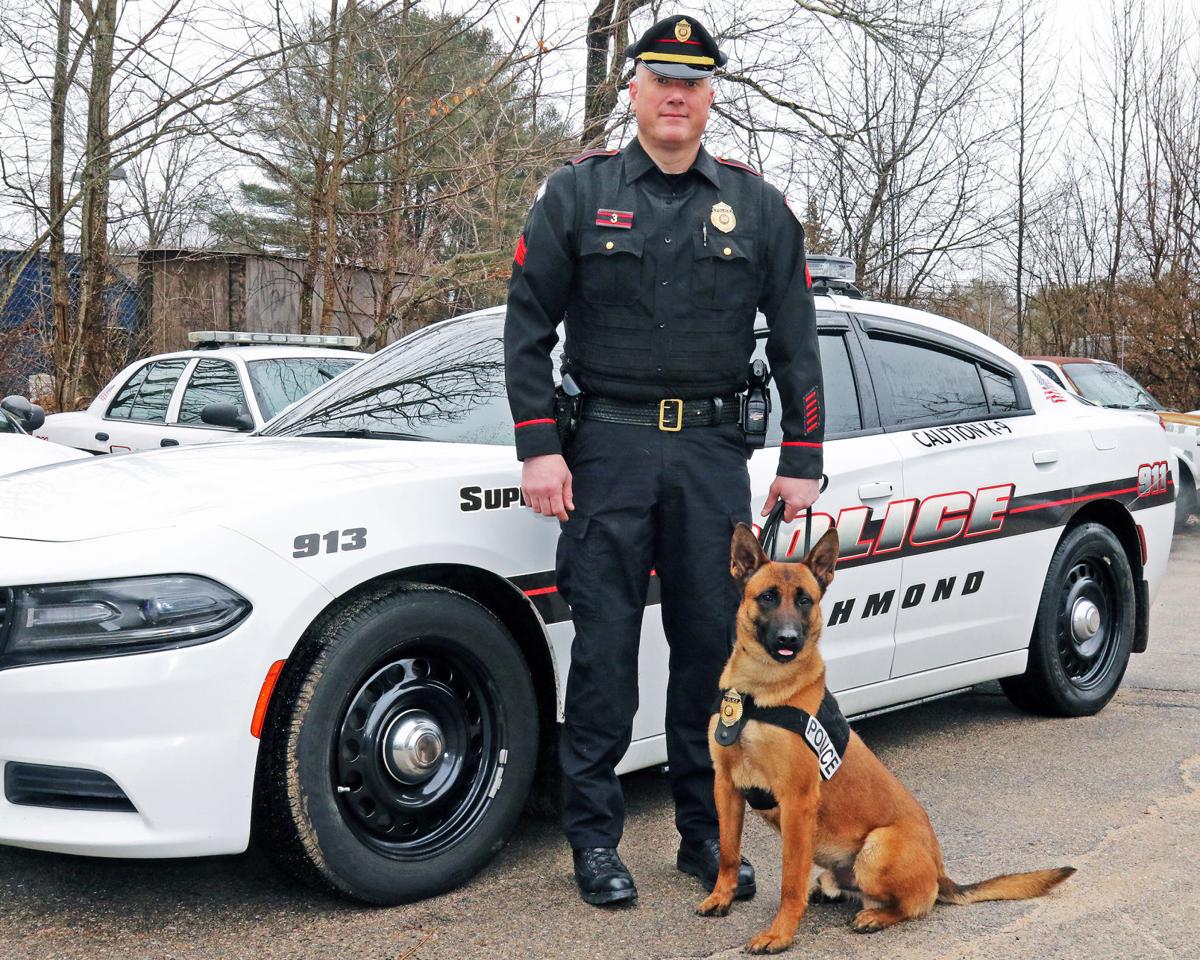 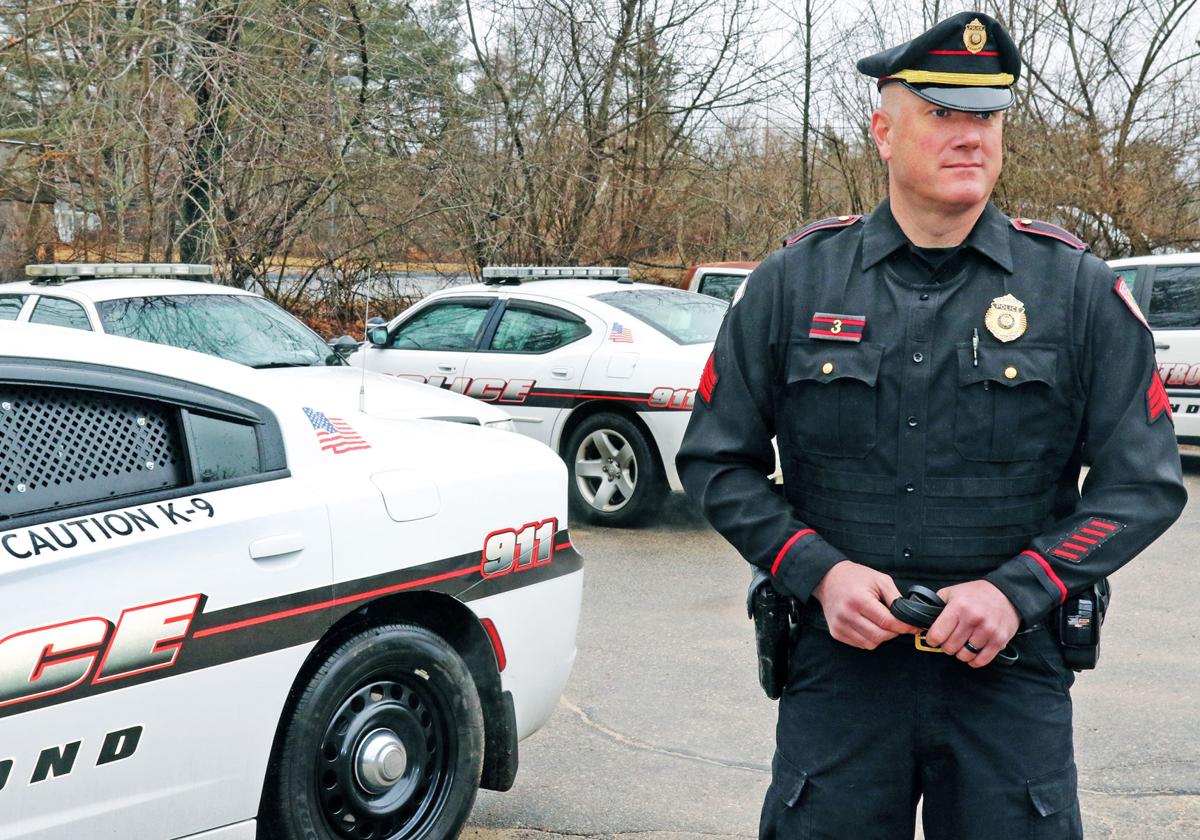 RICHMOND — There's a new officer working with Richmond police these days, but he's not quite like the others. He's furry and likes to track things with his nose.

Meet Bico, a 15-month-old Belgian Malinois, has joined the department as Richmond's first certified K-9. The energetic dog operates under the supervision of Sgt. Michael Lawing , a 17-year veteran of the department, and is a resource that Police Chief Elwood M. Johnson Jr. said will enhance responses, improve partnerships and strengthen community relations.

The department obtained the dog, at no cost to the taxpayers, through a 100 percent, three year grant from the Stanton Foundation, a   Massachusetts nonprofit that serves all of New England. The funding, up to $25,000, includes the purchase of the dog, training, equipment, food and veterinary care.

"We can't speak enough for how professional, polite and committed this foundation was in helping us get started," Johnson said last week. "We received everything we needed for the program, from the money to purchase the dog to training to the equipment needed (to protect Bico), as well as the conversion of the cruiser to serve as a K-9 Unit."

Lawing said Bico was "a ball of energy" who loves to work and plays just as hard. He arrived in September from Europe, where he was trained using Czech commands. He went through extensive training provided by the Stanton Foundation from October to January before hitting the beat. He is already certified in patrol, search and rescue, and tracking.

Later this year, he will also receive training in narcotics detection.

Establishing a K-9 Unit has been a goal since Johnson arrived at the department from the Rhode Island State Police in 2010. The chief said that within his first couple weeks in Richmond, he and Lawing discussed the idea.

"At the time, I was concerned it may be cost prohibitive. We're a small community and a police K-9 can cost upwards of $5,000 — that doesn't include training or care," Johnson explained.

Lawing knew there was a need. Richmond includes portions of the thickly wooded Arcadia Management Area, where searches can be difficult. In addition, the department has had to deal with a growing number of reports of variously impaired people "wandering" from their homes. Last year, Lawing found a way to offset the cost last year through the Stanton Foundation, and presented Johnson with the details in June. The department was approved for funding within the next couple months.

Johnson said the police were happy to have Bico on board. "This really was a win-win for both our department and the community," he said.

In the future, the Richmond police could be eligible to receive a second K-9 through the foundation, but Johnson noted that it's still too early to make any plans just yet. Moving forward, Bico will be used in a variety of ways. In addition to his services to the department, he will be made available as needed for major cases in surrounding communities, including school searches and searches for missing persons.

The dog is also seen as a way to help officers establishing a positive working relationship families, especially children.

"Kids love K-9s, and we intend to bring (Bico) to events and into our schools to let them meet him," Johnson said. "It creates a nice bridge and shows these kids that officers are people, too, can be friendly and want to make our town a great place to live."

Letter: Battle between good and evil in the Capitol