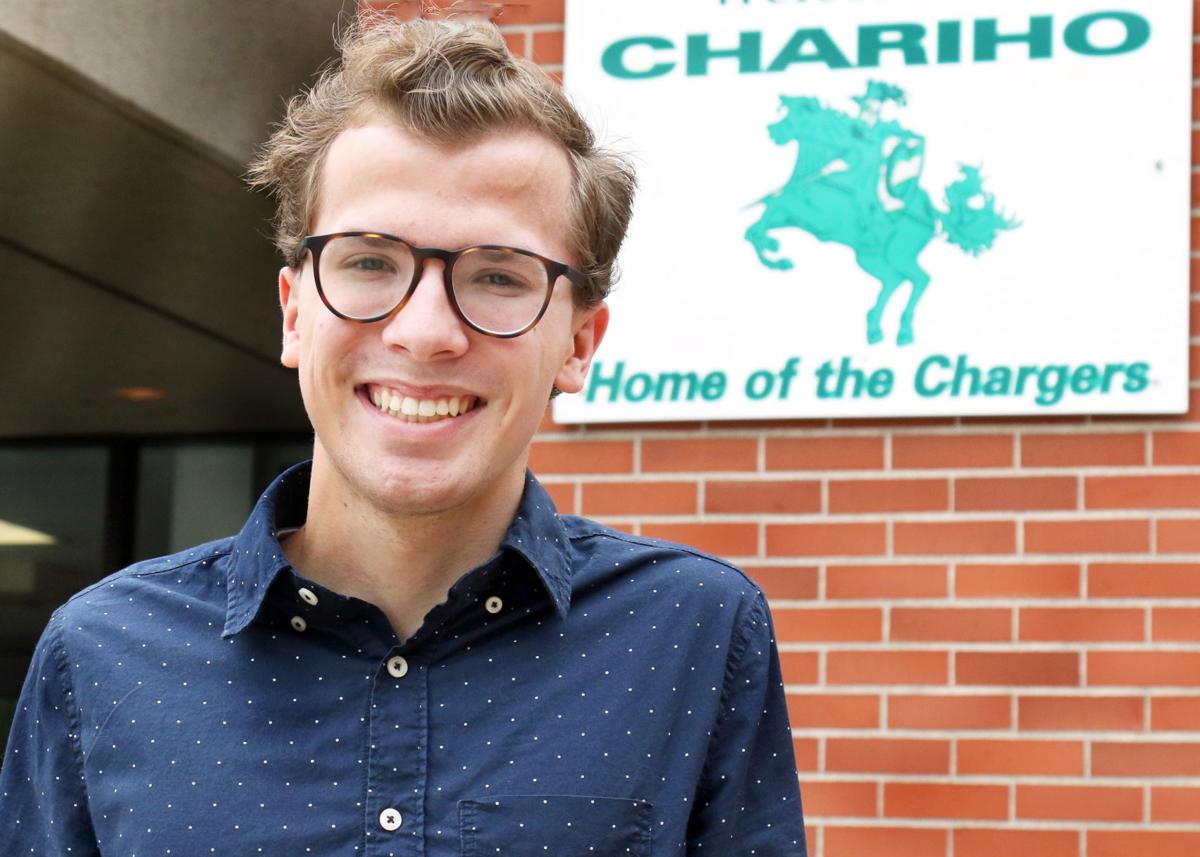 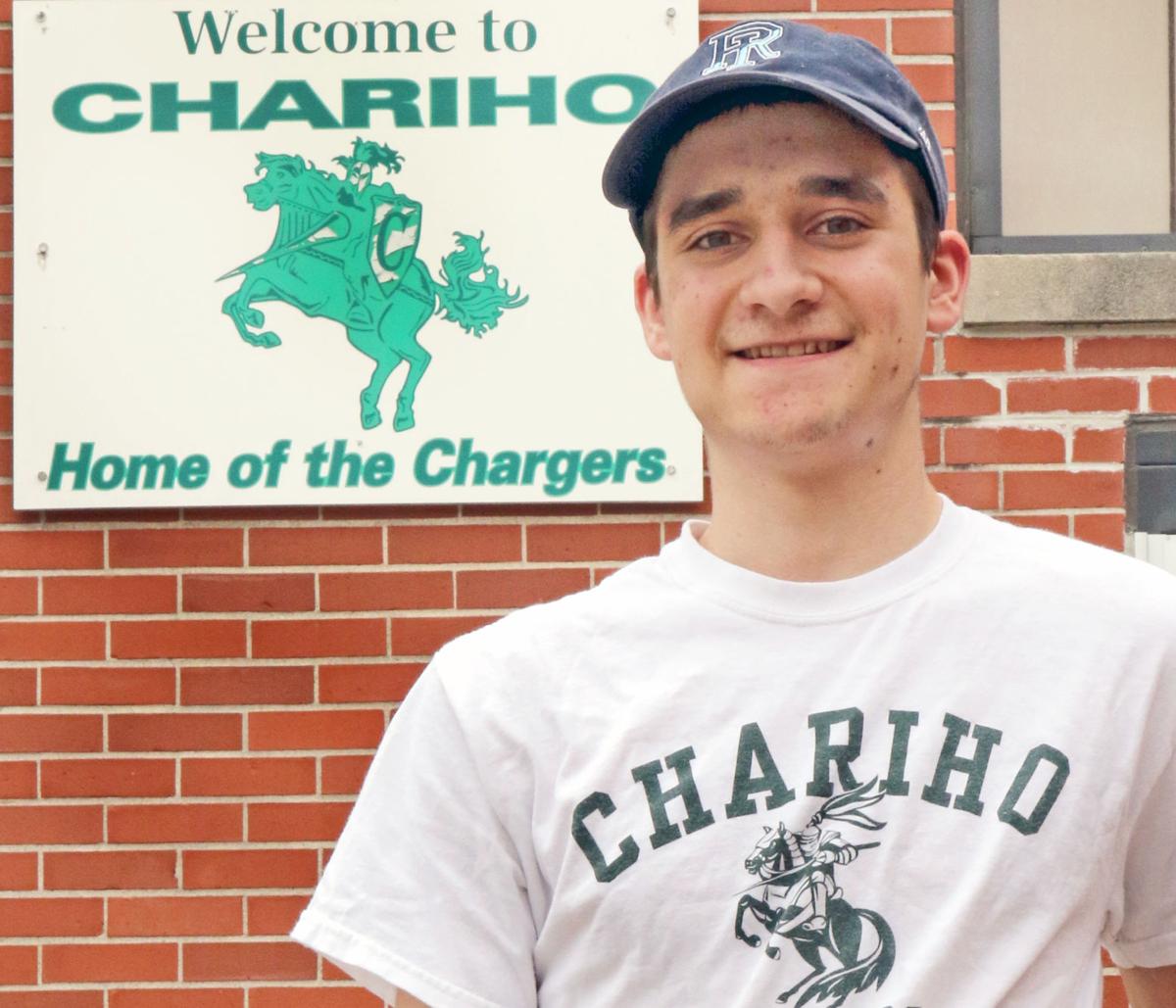 WOOD RIVER JCT. — For Chariho valedictorian Matthew Gouvin and salutatorian Simon Manlove, this is an unprecedented and, in many ways, strange graduation.

The COVID-10 pandemic resulted in abrupt school closures in March and members of the Class of 2020 have missed out on the in-person celebrations and rituals that they’ve been looking forward to all year. Gouvin and Manlove are disappointed, but they are also eager to move on from high school to begin tackling the demands of college.

“I'm so proud of Matt and Simon,” said Chariho Principal Craig MacKenzie. “Both have achieved at the highest levels academically while investing in diverse school community experiences.”

Matthew Gouvin, 18, lives in Charlestown with his twin brother, Brian, father, Ronald and mother, Lynn. Gouvin is headed to George Washington University in Washington D.C. in the fall.

“I will be majoring in journalism and mass communication with a focus on political science and international affairs,” he said. “I’m really interested in becoming a political journalist who covers politics at the local level or the national level.”

Gouvin’s interest in journalism was piqued on a school trip to Washington D.C. in 8th grade.

“I was amazed by the city’s massive historical background and it sort of sparked my interest in learning more about politics as well as journalism,” he said.

Gouvin was a writer and later the editor at the school newspaper, The Chariho Charger. He also had an internship at The Westerly Sun.

“I really liked getting to know different people around the community and sharing their stories with a larger audience and over the past four years, I feel like I’ve grown as a journalist, because I’m able to ask better questions and find stories that might not have been heard,” he said.

Music is another of Gouvin’s passions. In addition to singing in the high school chorus and the men’s choir, he learned to play the piano and began accompanying the chorus and school theatre productions. He is also a member of the choir at St. James Chapel in Charlestown.

One of the highlights of his time at Chariho, Gouvin said, was a trip to New York City in 2019, where the Chariho chorus sang at the 9-11 memorial.

It was really touching to share our music with other people we don’t even know,” he said.

MacKenzie described Gouvin as a powerful but kind presence at the school.

“Matt immersed himself in chorus and journalism during his tenure at Chariho,” he said. “He is an accomplished pianist and writer.  Matt took advantage of the applied learning opportunities we provide students through internship with The Westerly Sun and independent study.  While covering our Imagine/Immersion experience with Hope High School students this fall, he was at once documenting our experience for publication and connecting meaningfully with students from Hope, representing the stewardship that we so value in our students.

"Matt is a quiet but powerful presence in our school community. He is both caring and kind. I am so grateful for his many contributions to our work in defining our vision for Chariho through student voice.”

Gouvin said he was grateful to Chariho teachers and administrators for encouraging him to pursue his passions.

In his graduation speech, which was prerecorded and will be shown to Chariho families on Friday after the campus car parade, Gouvin stressed the importance of listening to other viewpoints and treating people with respect.

A self-described lover of math and science, Simon Manlove also possesses a quirky sense of humor, evident in his speech to his fellow graduates in which he explores what might be possible in the distant future, including talking to dolphins.

“The thing that I’ve enjoyed most during my high school career is investigating in the sciences,” he said. “I’ve always been scientifically-minded but now that I’m in high school, there’s a lot more freedom to choose which exact classes I’m taking myself.”

Manlove said he had a particular affinity for logic and problem-solving.

“Those are the skills that come up all the time in the sciences,” he said. “You’re trying to take this data with these parameters and find an answer to some question about the world around you.”

MacKenzie said Manlove’s mathematical talents have been outstanding throughout his time at Chariho.

“Simon is the first National Merit Finalist during my tenure at Chariho and is regarded as one of the strongest math students in the school's history,” he said. “He has been a member of the cross country team in each of his four years, and found in that team a close peer group that challenged each other to be their best selves in the classroom, in training and in competition. Simon has a wry sense of humor and a strong sense of self that will serve him well as he leaves Chariho.”

“I’ve run three seasons varsity for the school, cross country, indoor and outdoor track, and I’ve been doing that since freshman year,” he said.

Manlove will study physics at the University of Rhode Island in the fall, but he does not have any firm career plans.

“I’m not really sure,” he said. “When it comes to the sciences, I’m really more of a theoretical person than experimental. I like to learn about the minutiae of stuff and see how everything works.”

When Chariho closed due to the pandemic, making the switch from going to class to learning at home was relatively easy, Manlove said.

“I was fine with it,” he said. “I have the ability to learn pretty much however information is presented to me, which is really, really useful, so I felt that I could keep on learning even in this situation pretty well. I am pretty disappointed about spring sports, but what has to happen has to happen.”

As for the changes to the graduation ceremony, Manlove said he was fine with those, too.

“I’ve always held the philosophy that making some achievement is significantly more important than celebrating that achievement,” he said. “So I feel I still graduated, and that’s what matters."