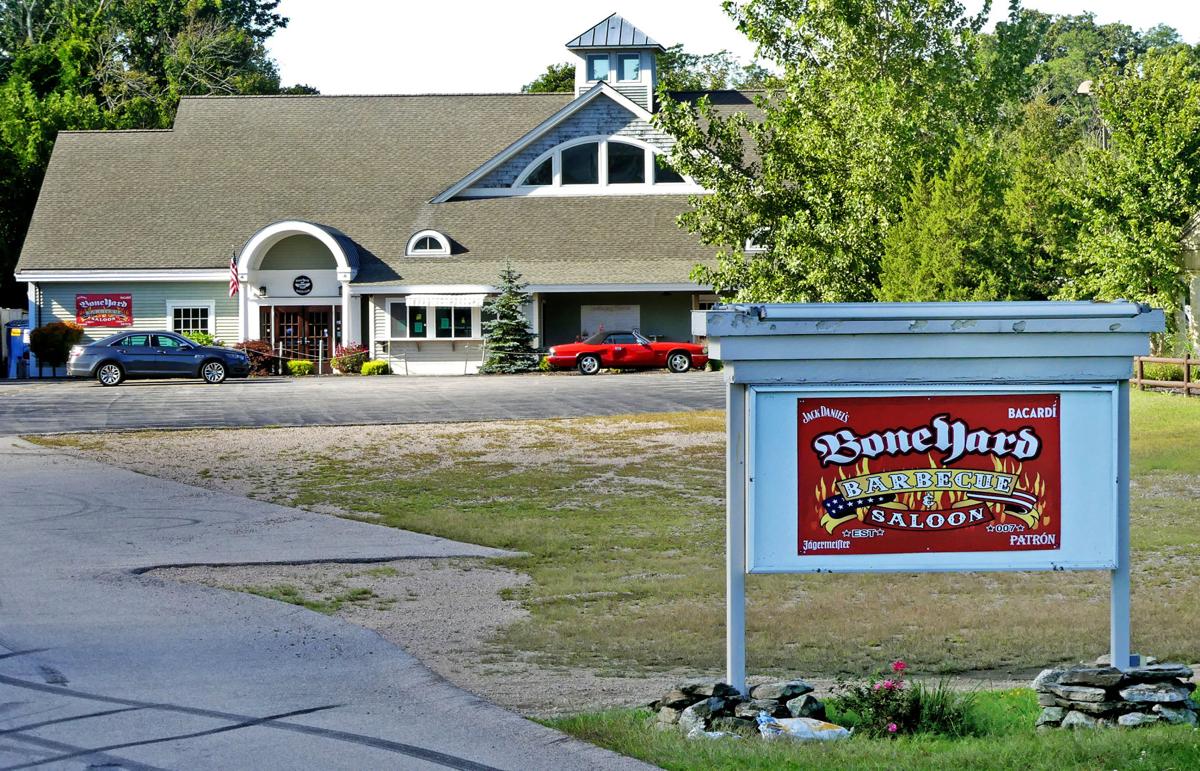 View of the BoneYard Barbecue & Saloon in Hopkinton, which is up for sale, on Friday, September 13, 2019. A license hearing will be held on Monday. Harold Hanka, The Westerly Sun 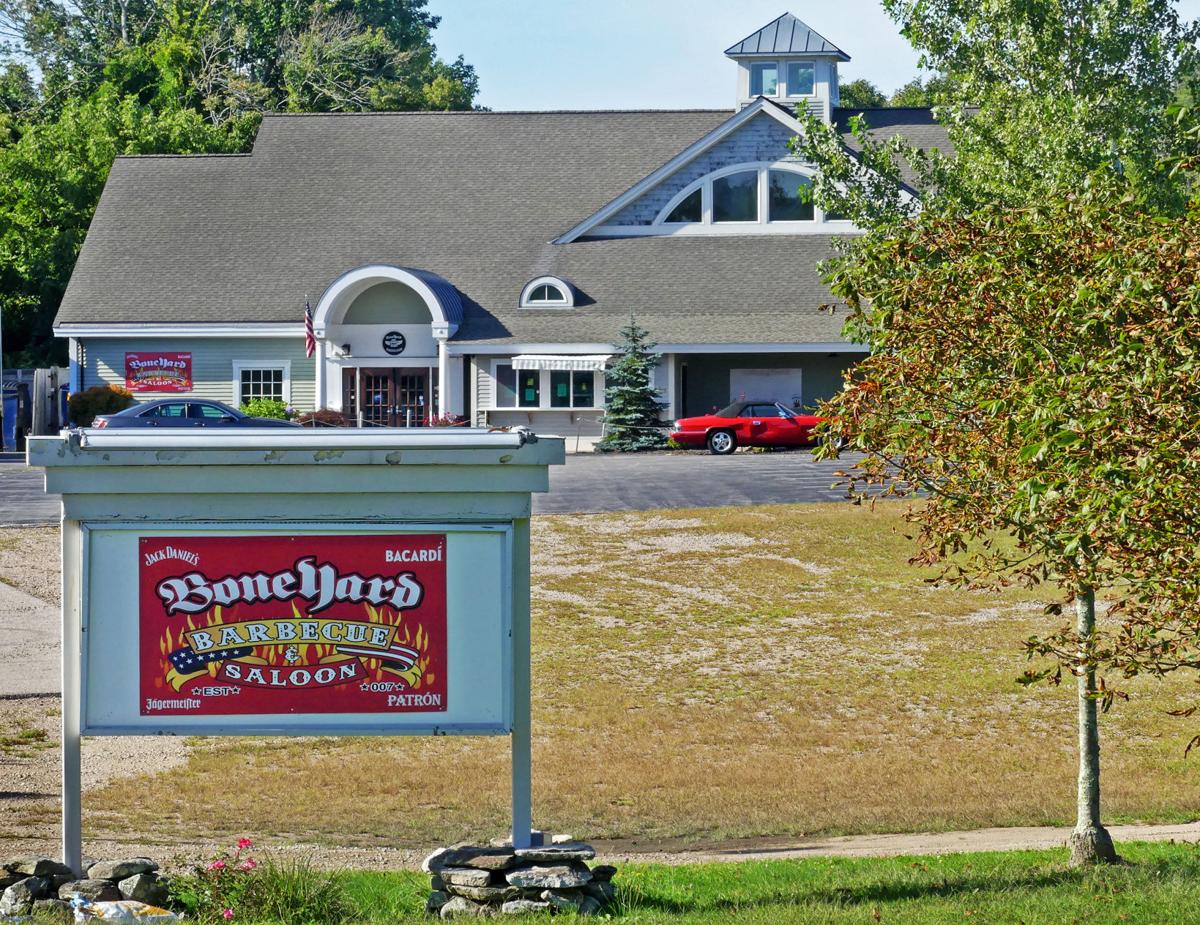 View of the Boneyard Barbecue & Saloon in Hopkinton, which is up for sale, on Friday, September 13, 2019. A license hearing will be held on Monday. Harold Hanka, The Westerly Sun

View of the BoneYard Barbecue & Saloon in Hopkinton, which is up for sale, on Friday, September 13, 2019. A license hearing will be held on Monday. Harold Hanka, The Westerly Sun

View of the Boneyard Barbecue & Saloon in Hopkinton, which is up for sale, on Friday, September 13, 2019. A license hearing will be held on Monday. Harold Hanka, The Westerly Sun

ASHAWAY — Less than two years after it opened, the Boneyard Barbecue and Saloon on Frontier Road in Ashaway is for sale for $1.1 million.

The restaurant and bar, the successor to the former Pavilion restaurant, may also be on the verge of losing its liquor license. The Hopkinton Town Council will set a date at its meeting on Monday for a hearing on possible revocation or suspension.

“The hearing will be scheduled Monday night for a show cause hearing and we’ll hear the evidence and make our decision,” council President Frank Landolfi said. “We’ll either revoke or suspend the license … I suspect the police department will have plenty of evidence for us to digest. It depends on the evidence.”

The listing of Boneyard’s building and land follows the arrest on Aug. 23 of co-owner Patrick Kane of Westerly on a charge of obstructing justice in the investigation of a fatal accident on the property.

Prosecutors said that Kane knowingly lied to police when they questioned him about an accident on Aug. 16 outside the restaurant that led to the death of 48-year-old Derrick Payne Sr. He died after becoming trapped under a Jeep owned by Kane. Police say Payne had been four-wheeling on a nearby driving range before the accident, which occurred at around 1 a.m. just after the restaurant closed.

Hopkinton Police Chief David Palmer would not comment on the evidence police will present at the license hearing, but he allowed that there had been previous problems at the restaurant.

“On and off we’ve had some problems and that’s what’s going to be discussed at the show cause hearing,” he said.

Providence lawyer John Grasso, who represents Kane in the obstruction case, said he was still waiting for the police report of the August accident.

“I have yet to hear anything from anyone,” he said. “Pat Kane is a nice guy. That tragedy happened on his property and he feels bad about it.”

Grasso also noted that someone had vandalized the Boneyard property and one of Kane’s vehicles after the accident, but Kane had decided not to press charges. In the meantime, he said, business at the Boneyard has dropped off sharply.

“Pat did tell me that in the weeks following this incident, he’s had no business,” he said. “With the tourists gone, it’s all locals. The locals have taken a position on this and they’re not eating at Boneyard Barbecue.”

At the Library: Save money on your media consumption