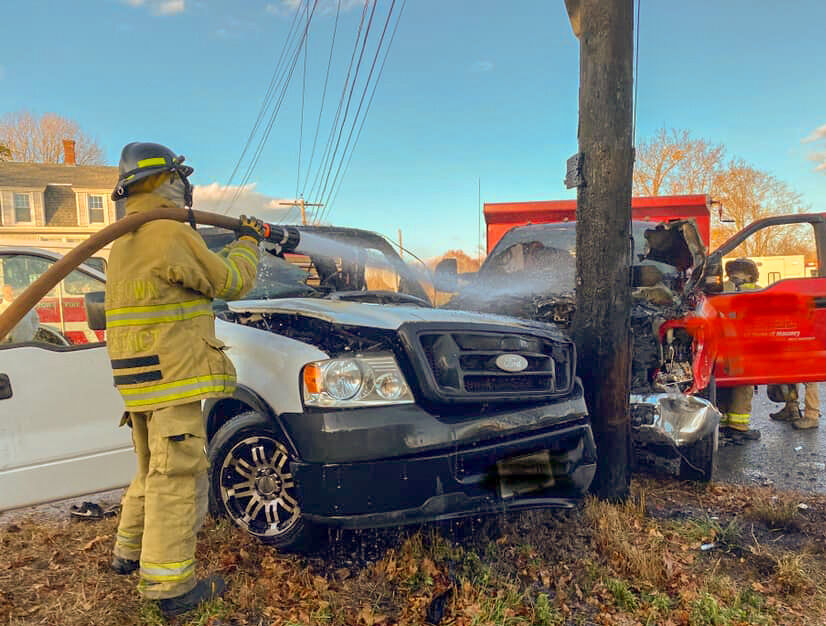 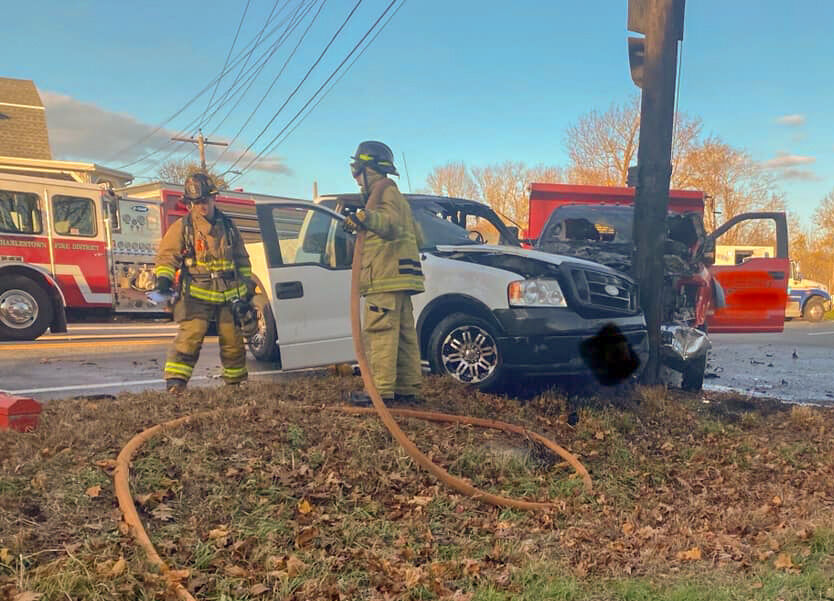 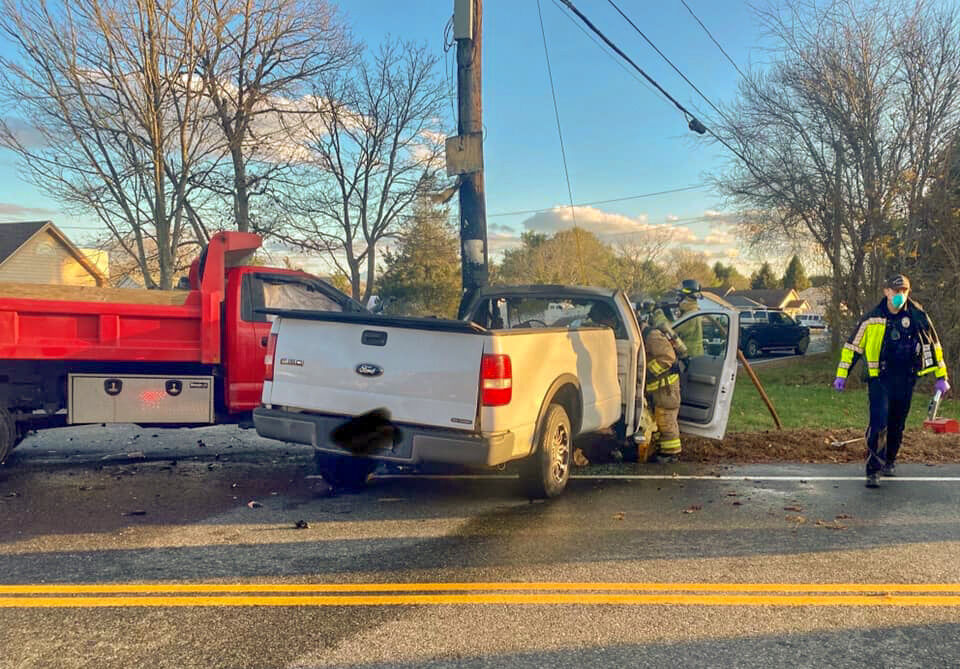 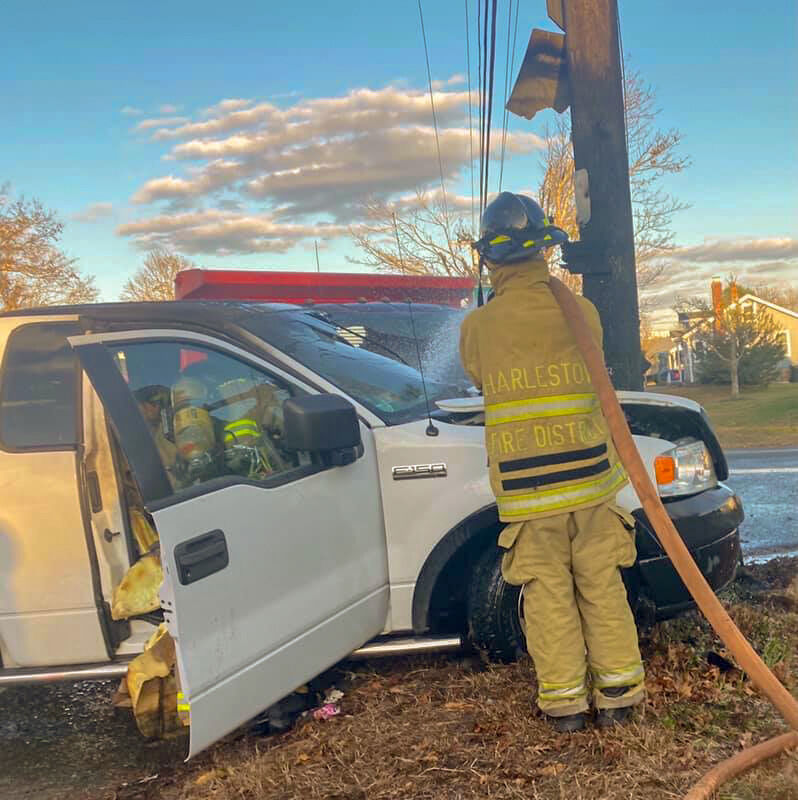 CHARLESTOWN — A 25-year-old woman suffered serious but non-life-threatening injuries following a crash at the intersection of Narrow Lane and Old Post Road on Monday afternoon.

The incident, which is the latest in a growing number of accidents at the intersection over the past couple years, prompted Charlestown police to say Tuesday that they are prepared to redouble efforts seeking action from the state to reevaluate traffic control measures and enhance safety there before others are injured or killed.

"There is no question that there has been an uptick in the number of accidents and serious accidents at that location in recent years," Charlestown Police Lt. Philip Gingerella Sr. said. "We already had discussions about reaching out to the state (Department of Transportation), but with this incident on Monday, it's time to send an official request for action."

The accident, which led to both trucks striking a utility pole, left the driver of the pick-up truck unconscious, fire officials said. According to both police and firefighters, two good Samaritans who witnessed the accident jumped into action and were able to pull the woman from her truck and to safety and provided aid until emergency responders arrived.

Police said that the 55-year-old man driving the second truck, a commercial vehicle, was able to exit on his own and was not injured.

The names of those involved in the crash and witnesses who assisted in the response were not released.

Upon arrival, officials said Charlestown firefighters discovered the fire had spread to the front of both trucks. The fire department was able to quickly extinguish the blaze without further spread or damage.

The injured woman was provided assistance by members of the ambulance service and taken to Rhode Island Hospital. Gingerella said as of Tuesday morning, the woman was listed in stable condition.

"The preliminary investigation shows that the 25-year-old female pulled out in front of the second vehicle and was struck in the left side," Gingerella said. "All other possible causes for this accident are still being investigated."

The intersection remained closed through early evening to allow for response and cleanup.

The accident remains under investigation by the Charlestown Police Department Accident Reconstruction Team and the Rhode Island State Police Commercial Enforcement Unit, although police said no criminal charges are expected.

After the latest crash, Charlestown police are expected to send written notice of concern and police reports regarding a number of recent accidents to the Department of Transportation. Gingerella said the agency is concerned about increased traffic at the intersection, especially during the summer months, and is seeking that action be taken by the state as soon as possible.

Route 1A is a state road, officials explained, and therefore the town is unable to take direct action without state approval and assistance. Repairs and upgrades to the intersection would be determined and made through the Department of Transportation.

"I am not sure what the proper actions would be, and that is something that would need to be determined by a traffic engineer," Gingerella said. "Whether that might be a four-way stop, traffic light, caution light or something else, I'm not sure. But something needs to be done."