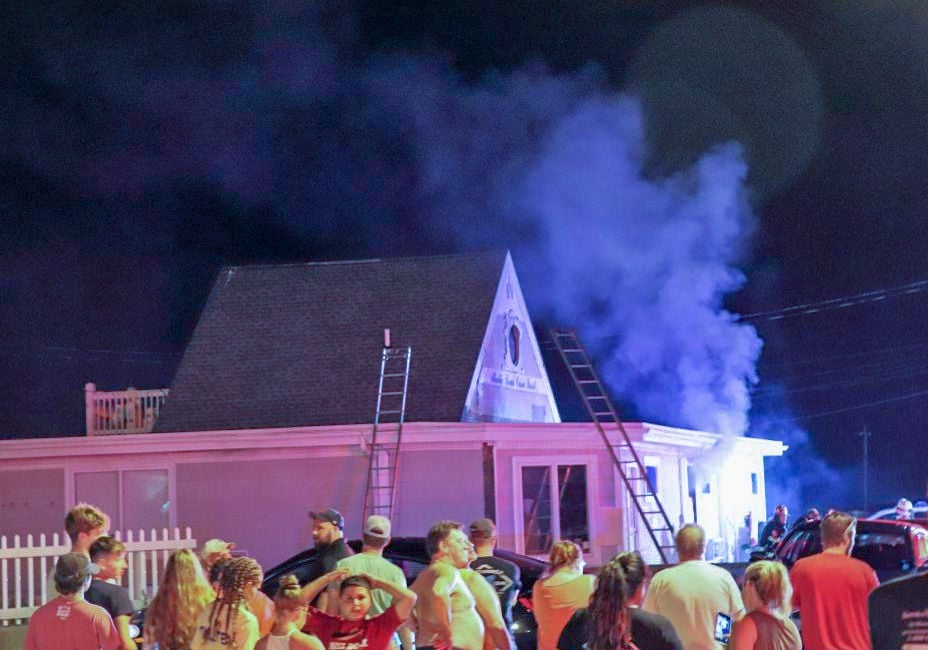 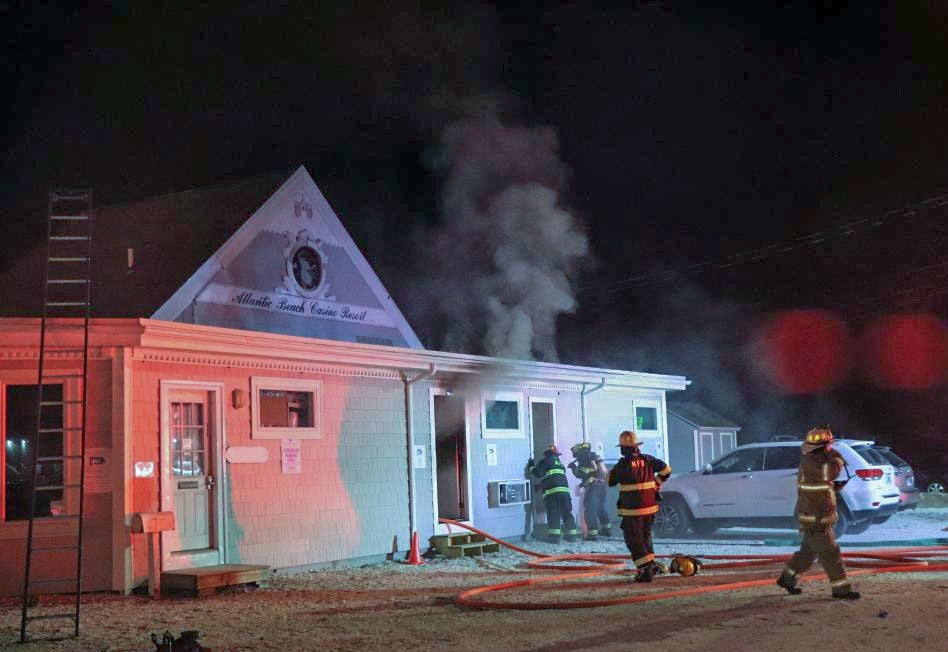 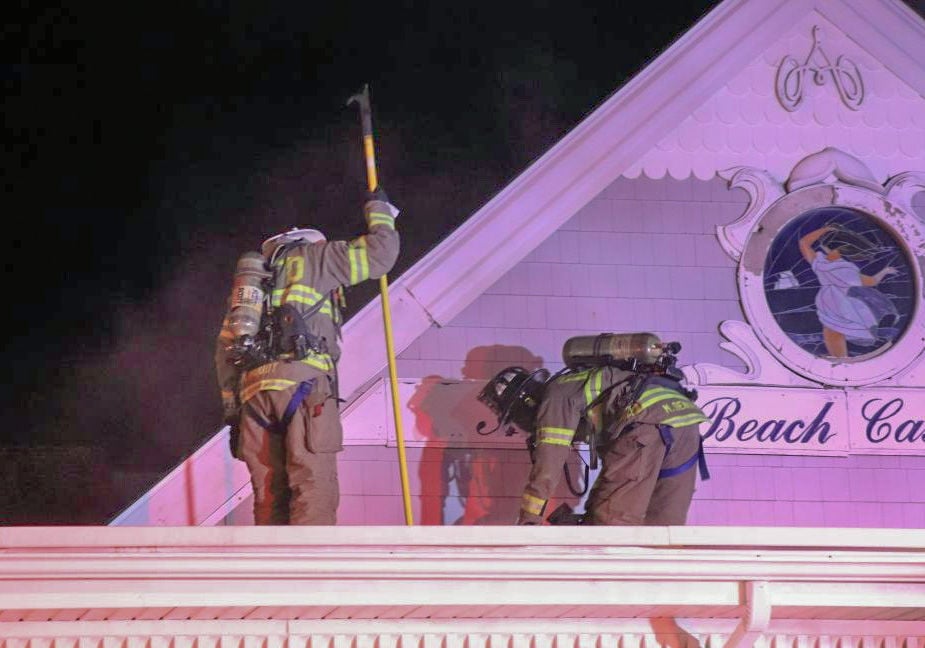 Firefighters look to vent a portion of the roofline while responding to a condo unit fire at the Atlantic Beach Casino Resort on Sunday night. Rebecca Schilke, Dunn’s Corners Fire Department

Firefighters look to vent a portion of the roofline while responding to a condo unit fire at the Atlantic Beach Casino Resort on Sunday night. Rebecca Schilke, Dunn’s Corners Fire Department

WESTERLY — A Sunday night fire in a condominium unit at the Atlantic Beach Casino Resort property caused a scare for those along Atlantic Avenue, but the damage was contained to a single unit and no injuries were reported.

Misquamicut firefighters, with mutual aid from the Dunn's Corners Fire Department, were called to the condo unit at 319 Atlantic Ave. just after 9 p.m. with reports of a structure fire. Firefighters arrived to find smoke showing from a first floor room and immediately called for assistance from the Watch Hill Fire Department.

Personnel with the Westerly Ambulance Corps also responded, but no injuries were reported.

Fire officials said the fire erupted in a first floor unit of a smaller building toward the Atlantic Avenue side of the property. Firefighters were able to quickly contain the blaze within the apartment and extinguish the fire within 15 minutes. According to firefighters on scene, the biggest challenge was dealing with the heat and humidity, but mutual aid allowed firefighters to work in rotation to avoid issues.

The unit where the fire originated sustained some moderate damage, officials said, but the rest of the building experienced only a minor smoke condition.

Barbara Stillman, manager of the Atlantic Beach Casino Resort in Misquamicut, said thankfully the only person impacted was the person who lived in the condo, and that individual was a summer resident who was able to stay with friends in the area.

"There was no impact to any other part of the property," she said. With the damage contained, she said it would not impact anyone's vacation or day-to-day business at that location.

Following the response, the unit was turned over to the Rhode Island Division of State Fire Marshal for further investigation. A town building inspector was also notified and was expected to assess the damage within the unit on Monday.

The exact cause of the fire remains under investigation.