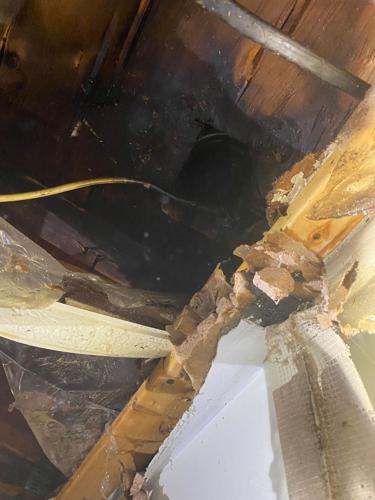 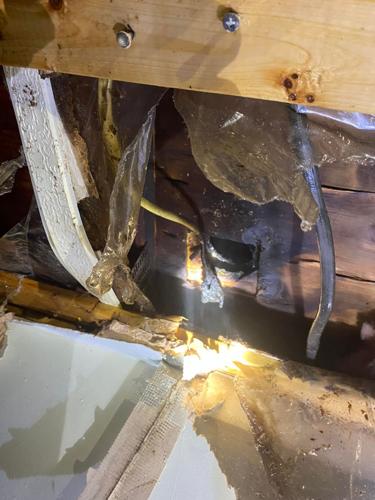 RICHMOND — A fire that erupted early Monday morning when lightning struck the porch outside a trailer-style home along Gardiner Road left the home with smoke and fire damage, officials said, but no injuries were reported in the fire or response.

A search and rescue team was prepared and ready to respond due to the time of day, but fire officials said that there was no need to deploy them and the fire was quickly extinguished. No injuries were reported.

“Good job by our members extinguishing a fire caused by a lightning strike,” the Richmond-Carolina Fire District said in a Facebook post shared Monday afternoon. “(The fire) started on the attached porch and extended into the structure into an attic space. Members remained on scene checking for possible extension.”

The fire was one of three in a busy Monday morning for firefighters in the region. Shortly before 4:30 a.m., the Narragansett Fire Department responded to a 2-alarm fire after a garage fire that was ignited by a lightning strike. Two firefighters were also injured in North Kingstown after a house fire at 5:30 a.m. led one firefighter to suffer heat-related injuries, while the other was hurt when the roof collapsed.

Study: Trying to stave off loneliness during COVID? A partner is essential.

Truck driver acquitted in deaths of 7 motorcyclists in 2019

Too much victory? Brawl breaks out on Block Island Ferry after long weekend.

Letter: Golf course plan is a wolf in sheep’s clothing