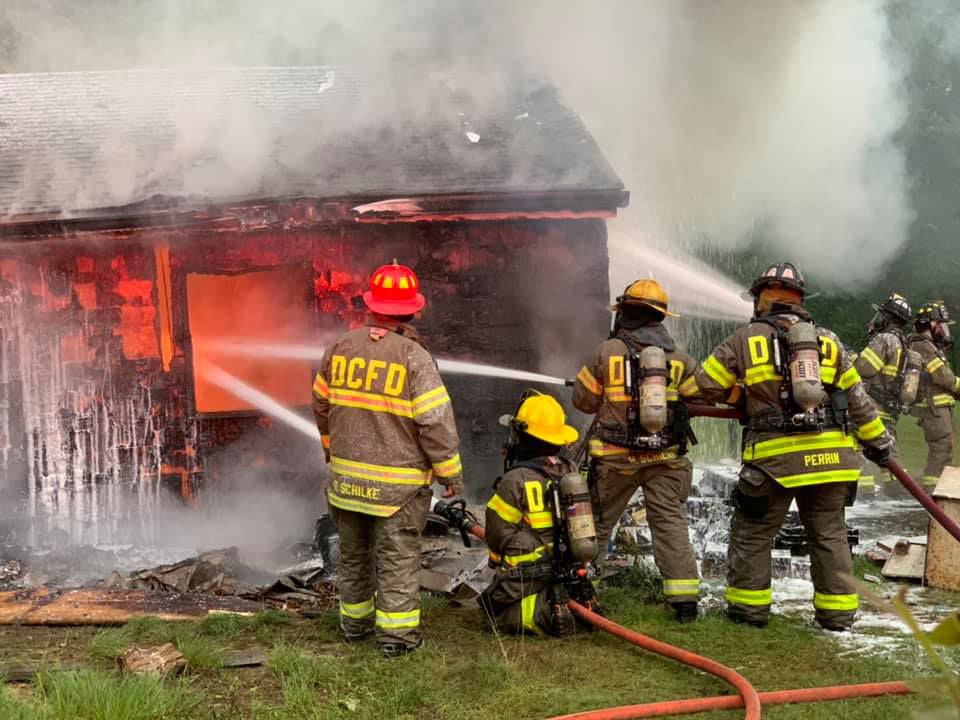 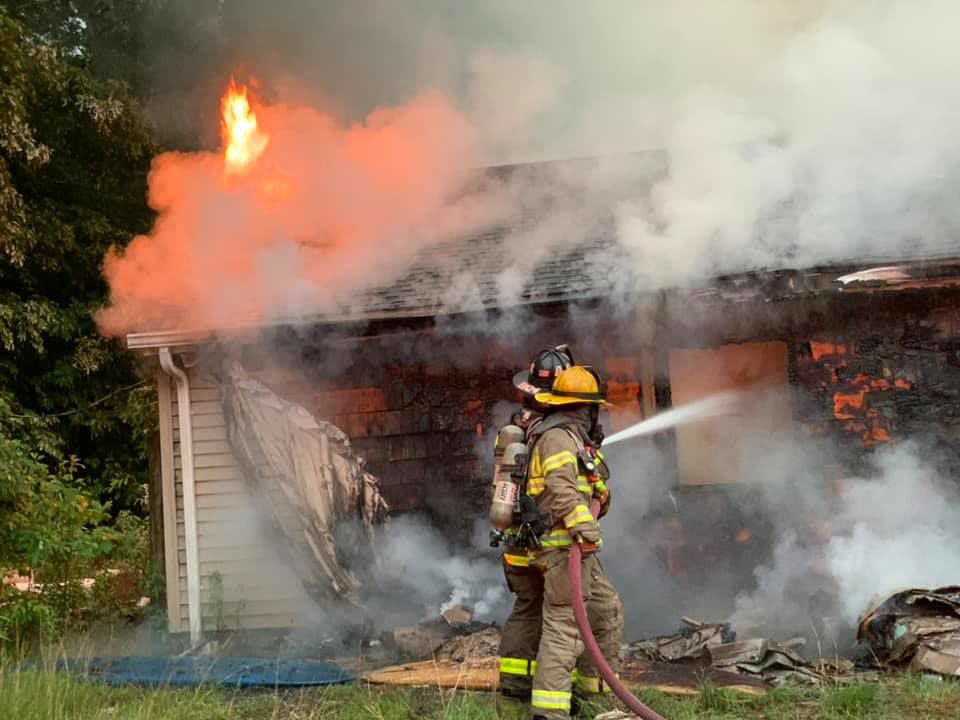 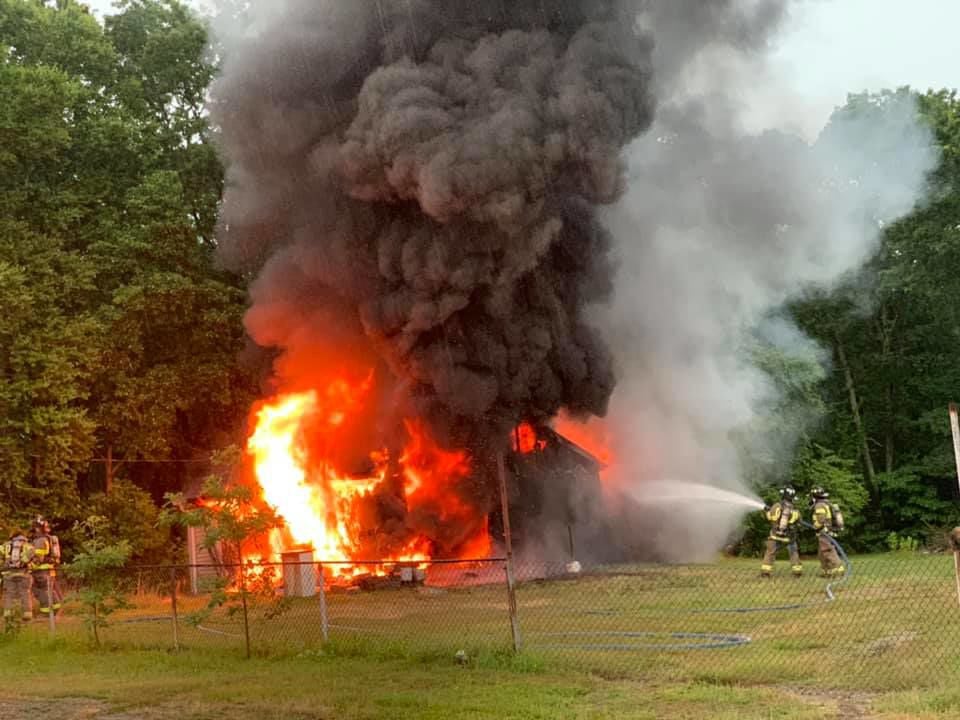 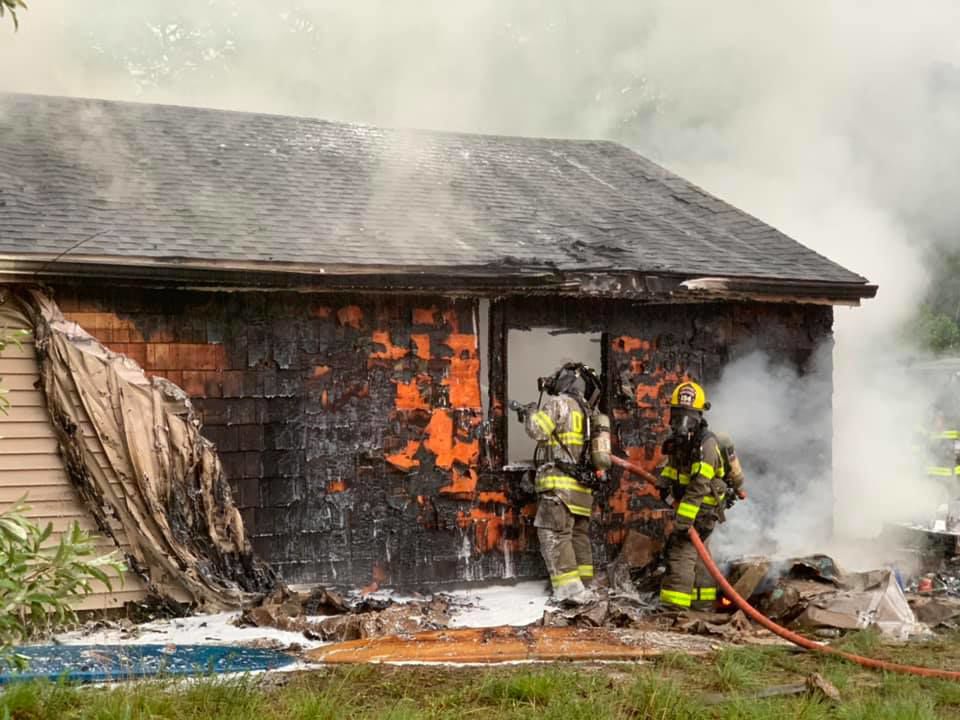 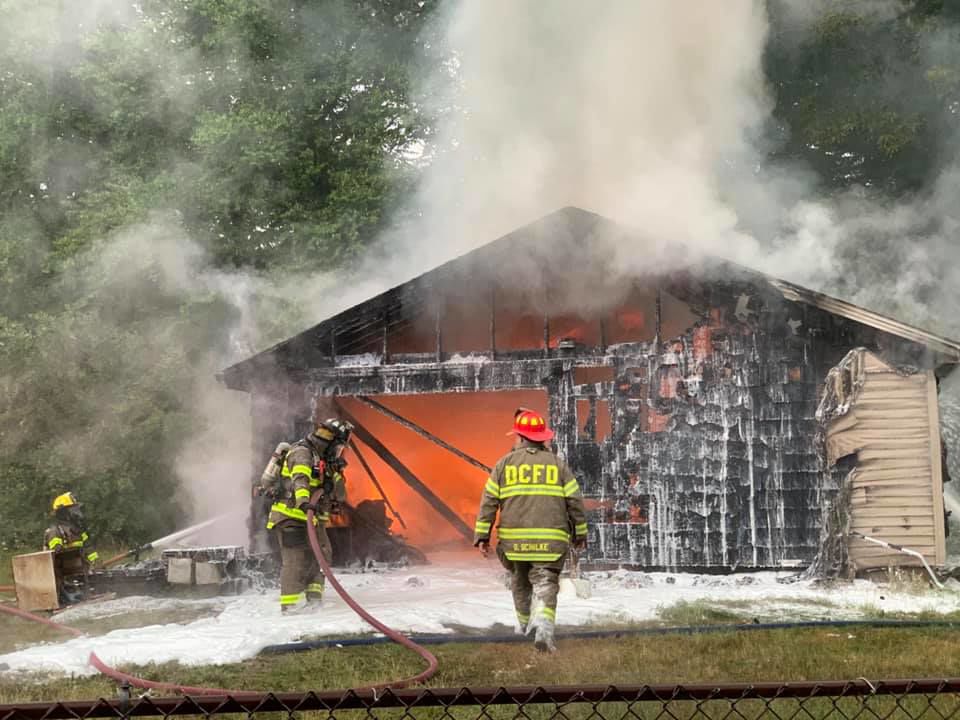 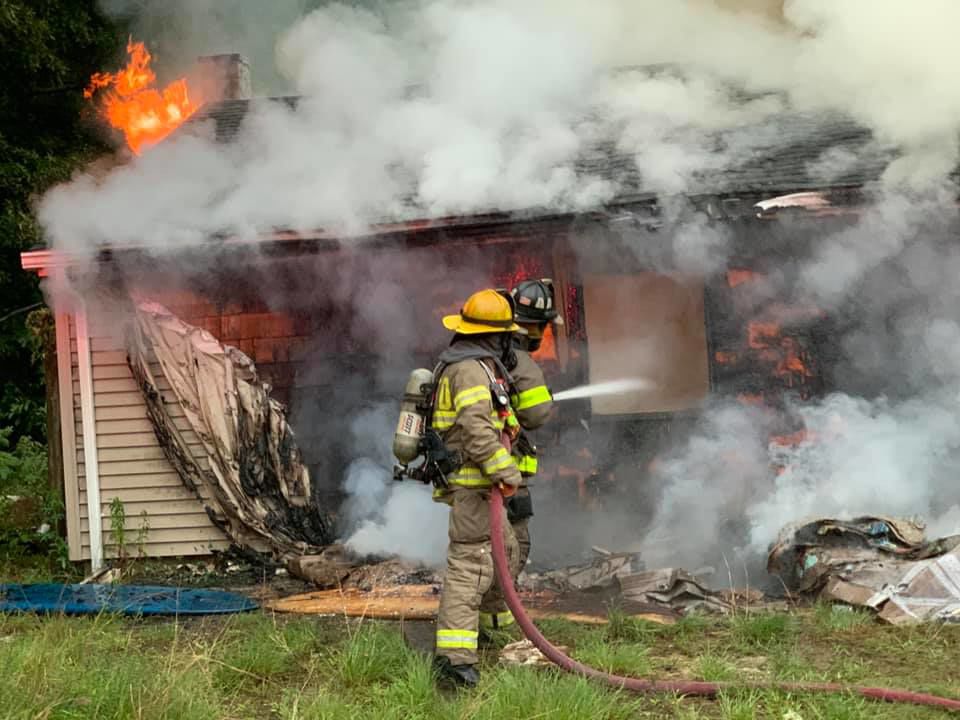 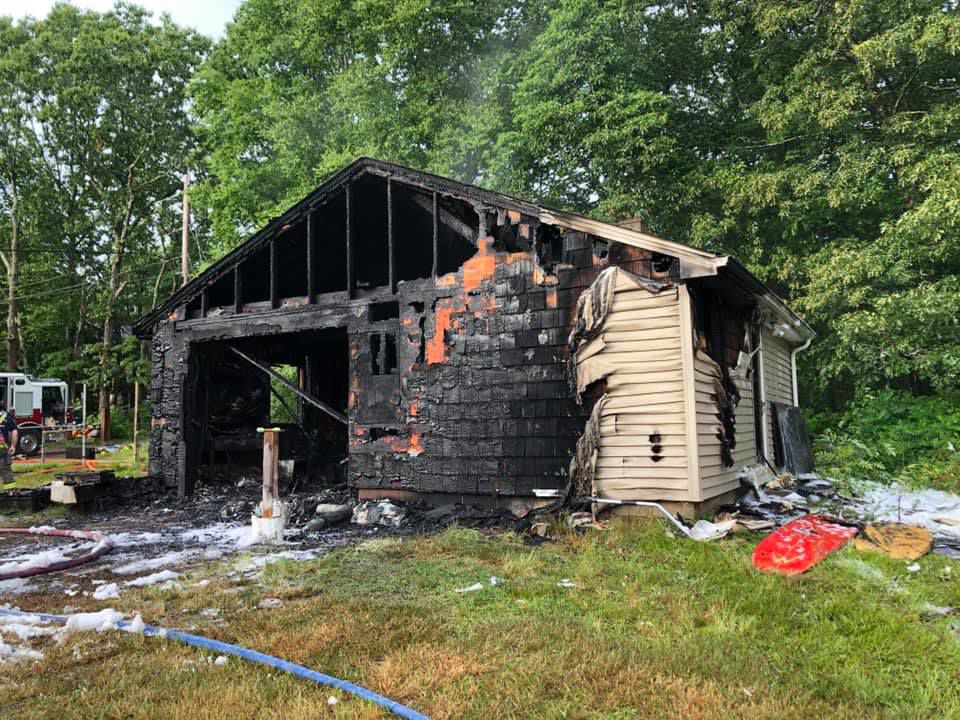 CHARLESTOWN — A garage-like structure outside a Klondike Road home is considered a total loss after a lightning strike Monday evening caused a blaze that caused heavy damage.

Members of the Dunn's Corners Fire Department were called to the home, located at 509 Klondike Road, around 5 p.m. after a second wave of powerful storms barreled their way through the region around 4:30 p.m. They were assisted in the response by mutual aid from the Westerly Fire Department, Ashaway Volunteer Fire Association and Charlestown-Richmond Volunteer Fire Company.

Personnel with the Charlestown Ambulance Rescue Service and Charlestown Police Department also aided in the response.

Police and fire officials confirmed Tuesday that the building was "well-separated" from the home, and that residents were already out of danger by the time responders arrived. No injuries were reported in either the blaze or subsequent response.

The fire was one of three that erupted as a result of Monday's storms. A home on Uzzi Avenue in Westerly sustained minor damage, but no one was displaced, after Misquamicut and Watch Hill firefighters were able to contain the fire to a single room. A lightning strike also caused damage to a circuit breaker at Guardian Fuel on Old Hopkinton Road in Westerly and left a minor smoke condition, the police said.