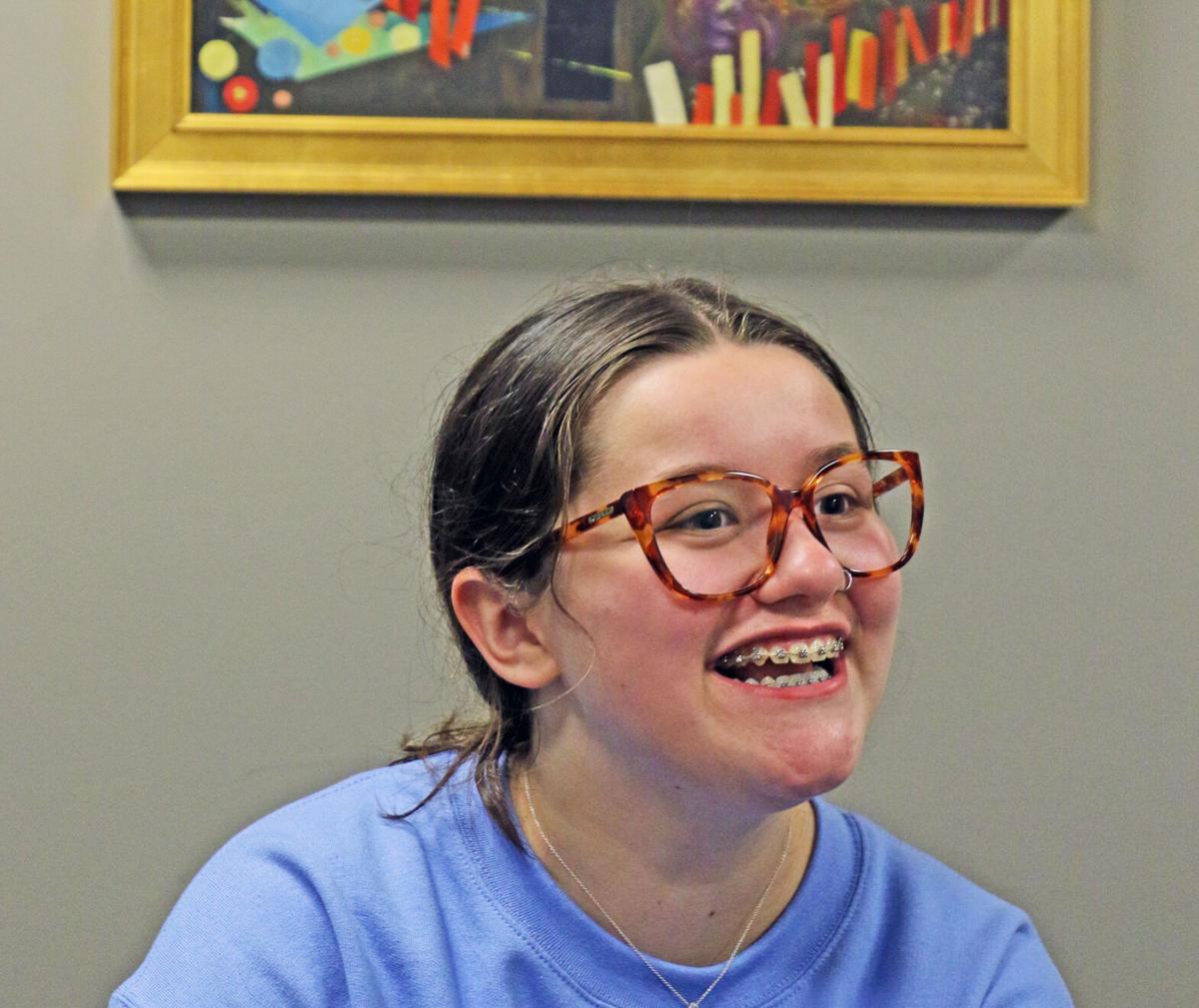 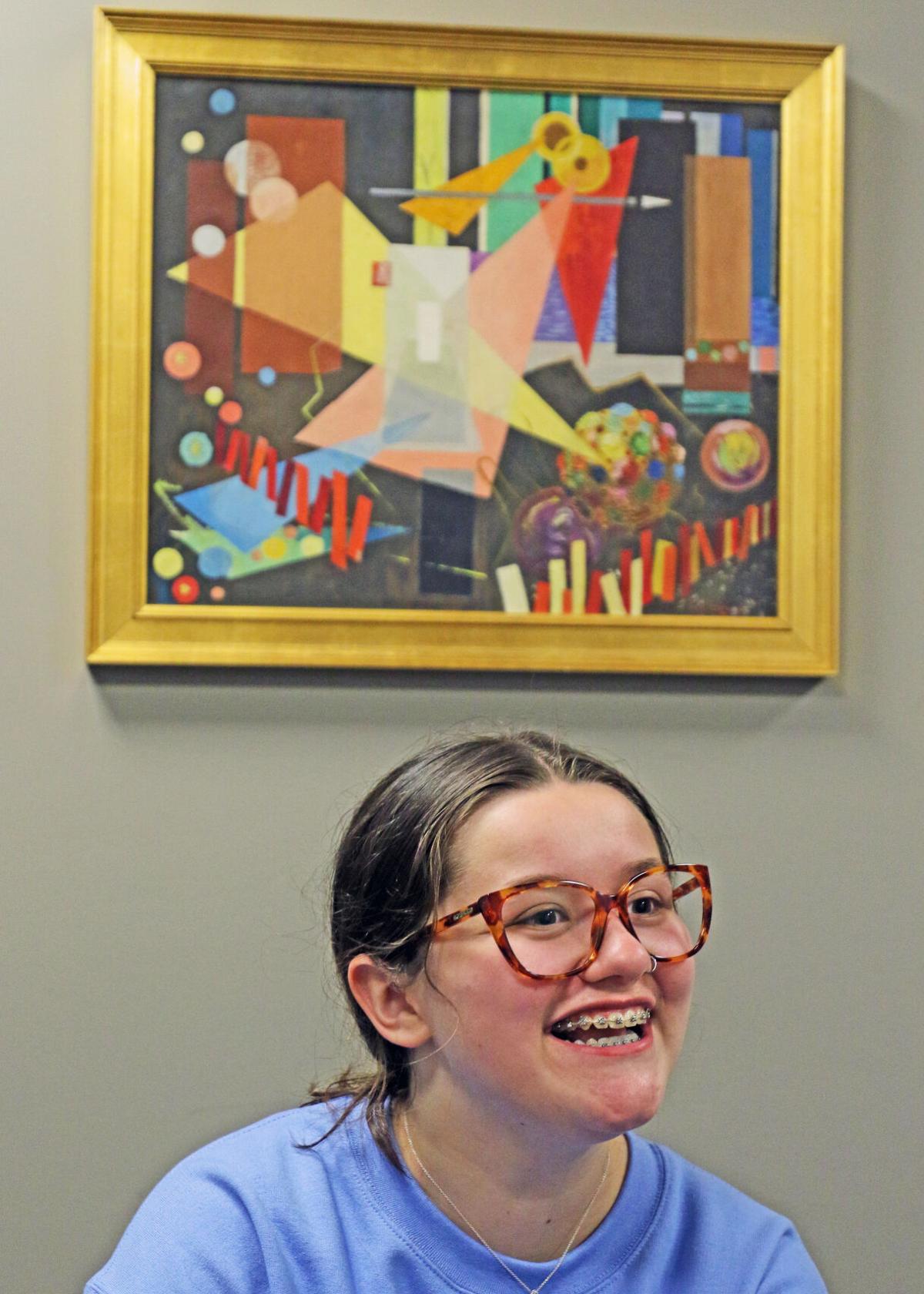 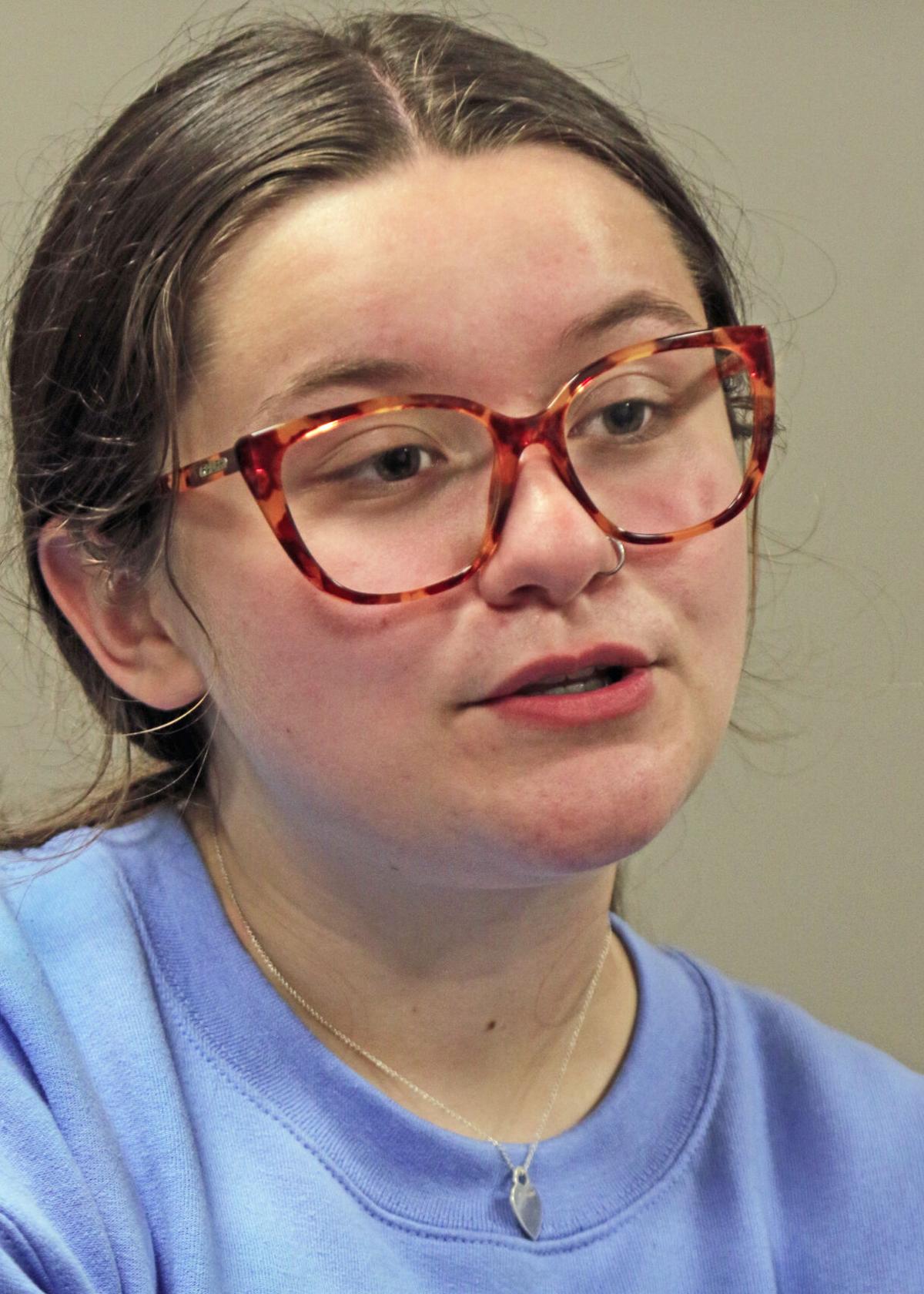 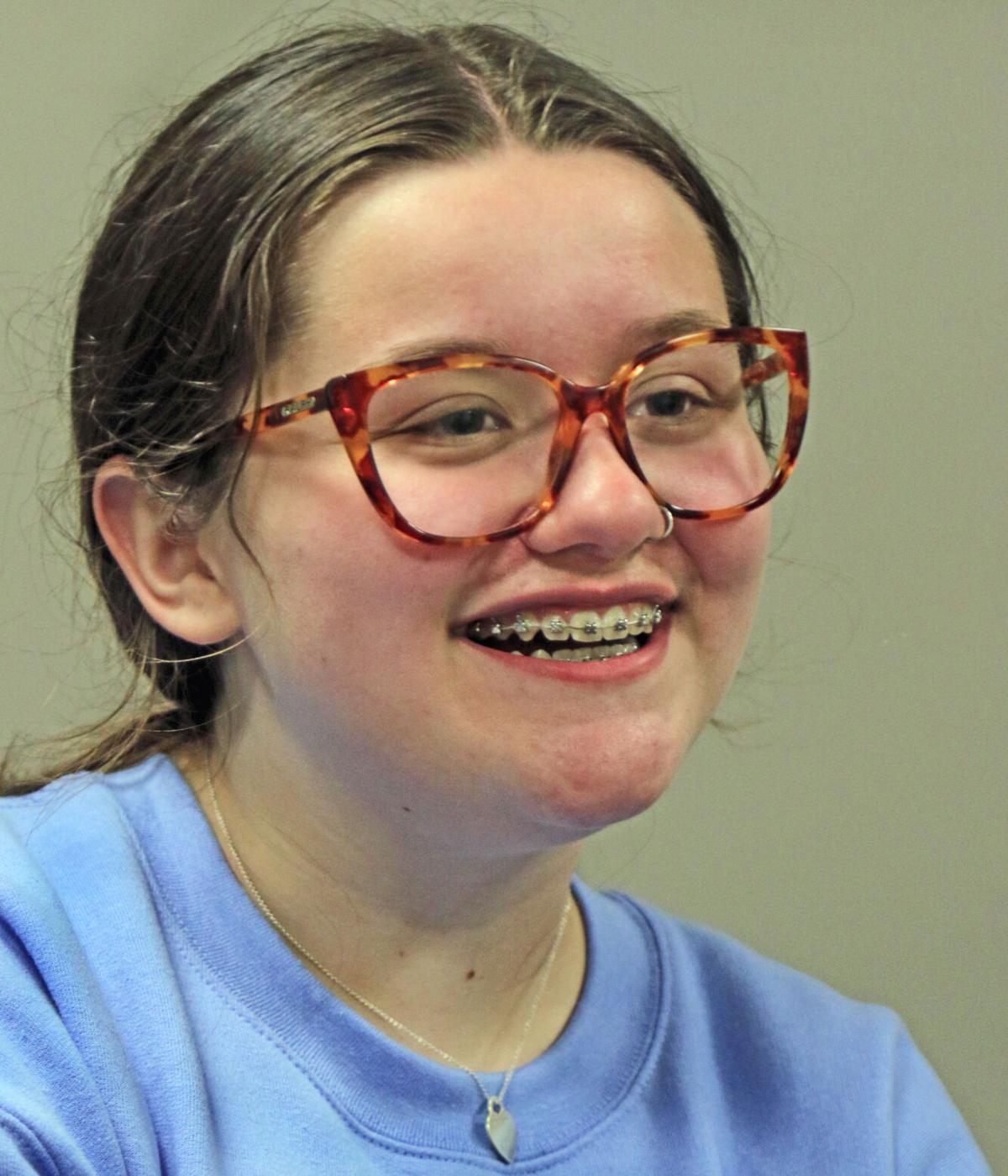 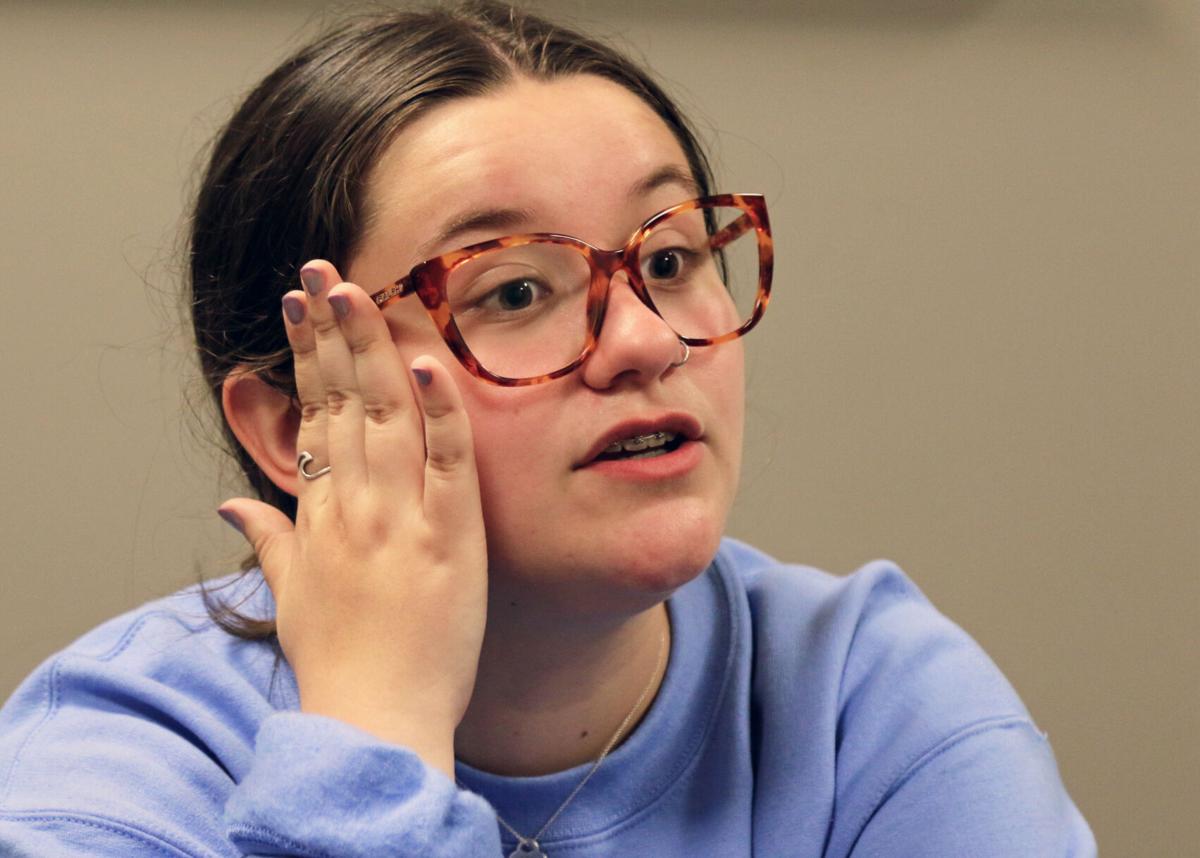 NORTH STONINGTON — Music has always been a passion for Wheeler High senior Abby Primett, so when she needed a concept for her senior project that would adhere to COVID-19 restrictions and social distancing, she decided it was time to write her own song.

Primett, a lifelong North Stonington resident, has been singing for as long as she can remember and has performed publicly for over a decade ever since joining the choir at Bishop Seabury Angelical Church in Gales Ferry at just 8 years old. Her talent extends beyond vocals as well, with a background that includes playing both the guitar and ukulele — she teaches both in her spare time — and dabbling as a pianist.

“One thing I had never done was write my own song, at least not anything beyond what kids normally do when they are little,” the 18-year-old member of the Class of 2021 said. “It was something I had considered, but I wasn’t sure I’d be able to get it together just right.”

Before she knew it, however, Primett found herself with a lot more than a song, ending her senior project with a full album, titled “Still Blooming,” with six original songs she had written and composed herself and a cover of “Happiness” by Rex Orange County. The album was a result of a “long and boring” period at home at the start of the pandemic, and she said after realizing she could record in her room, the project took on a life of its own.

In fact, school staff were so impressed with her work and first track, “Finally Happy,” that she was asked to perform it during her graduation ceremony on Friday.

While Primett said she never expected to reach a point where she would have her own album, Wheeler Principal Kristen St. Germain, Bishop Seabury Angelical Church Music Director Mace Lewis and several classmates all said Tuesday that her success was far from a surprise. Those who spoke about Primett noted that while she has a booming voice that can capture a room, she has always been a kind and humble individual who otherwise didn’t seek out the spotlight.

“What sets her apart with her music is that she pours her heart into it, every time,” said Lewis, a mentor of Primett’s who has known her family for over 15 years. “She doesn’t do anything halfway, and with this project, she really took those songs and put in the time to make it her own.”

Perhaps more impressive than the full album she produced is the meaning behind her songs, St. Germain said. An aspiring school psychologist, Primett has always been interested in a career where she can help others and has made it her goal to improve mental health and help reduce unnecessary stress among teenagers.

That goal, paired with what Primett identified as a challenging freshman year where she confronted her own anxiety and mental health needs, led her to approach the school administration even before the pandemic with a plan to implement a system that would afford students two mental health absences if needed.

St. Germain added that Primett has also been an integral part of the Wheeler community, carrying a smile that never fades and always making the happiness of those around her a priority. And when she plays her music, St. Germain said she has the ability to light up a room.

“She is an incredible young lady who should audition for 'American Idol,' in my opinion,” St. Germain said. “Her smile is infectious and her love of life is so genuine.”

The youngest of four siblings, she is the daughter of Brett and Jessica Primett, the latter having earned a college degree as a violinist. She said both parents are not only musically talented, but have always supported her efforts, no matter what she has been focused on.

Primett is also very active outside school, volunteering as part of the InterACT Gives Back program, an enthusiastic participant in drama club and a member of the varsity cheerleading team. She had also formerly worked as an employee at Press On Sandwich Crafters.

With a desire to make a difference for others, Primett said she will attend Keene State College in the fall, where she will major in psychology with a minor in sociology. She said she was influenced in seeking a career after connecting with school psychologist Carley Higginbotham, another mentor that Primett said was “one of the most kind and dedicated people she had ever met.”

“For me, I really just want to help provide support for students of all ages and find a way to make a positive difference in their lives,” she said.