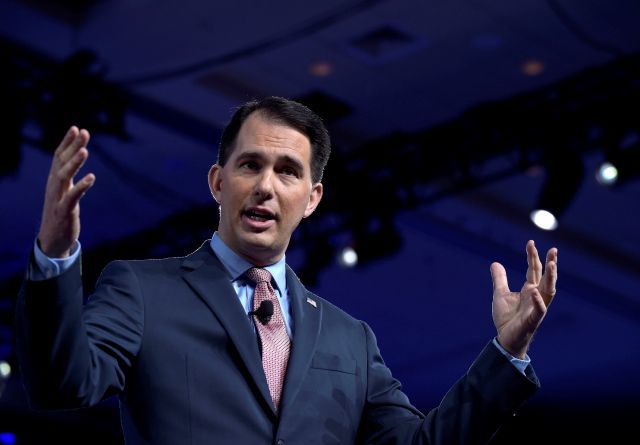 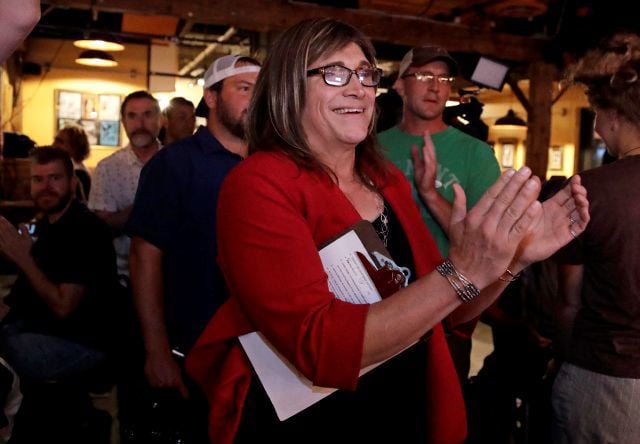 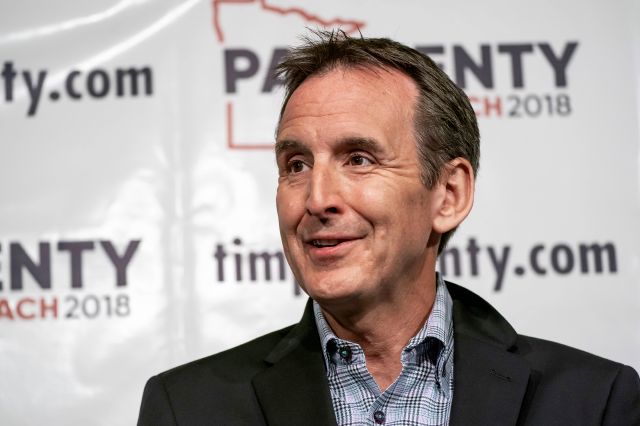 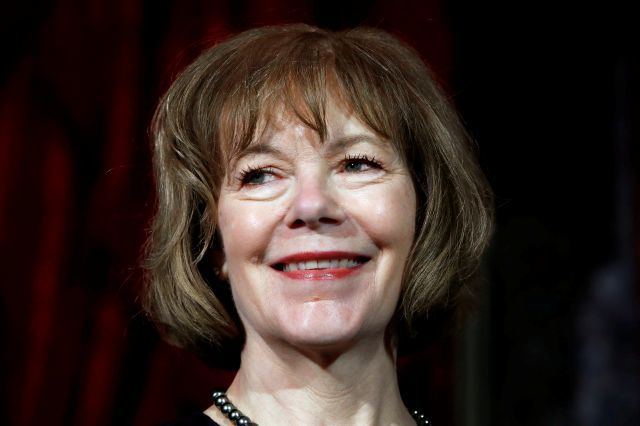 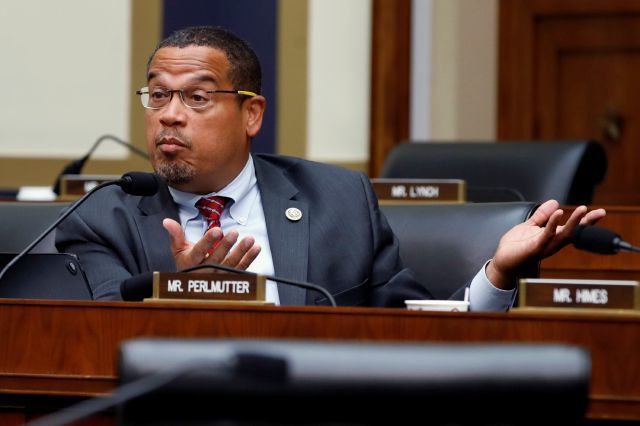 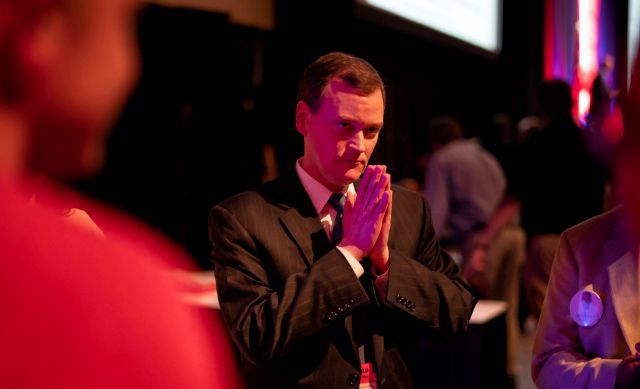 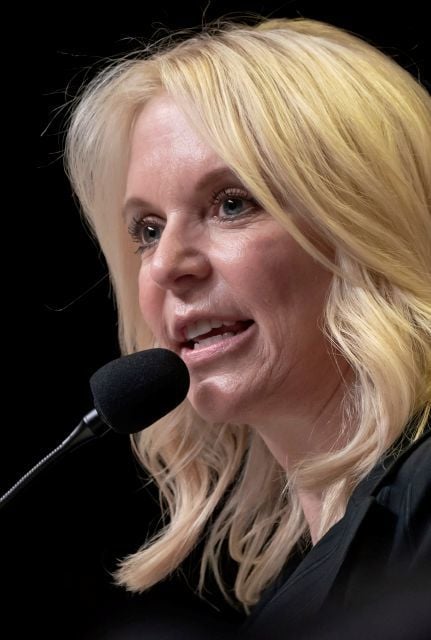 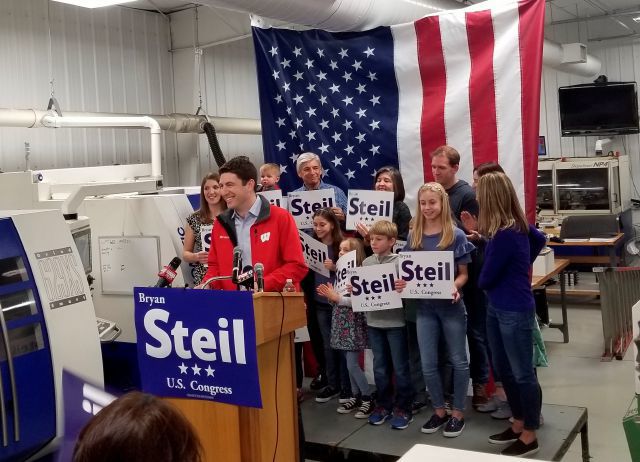 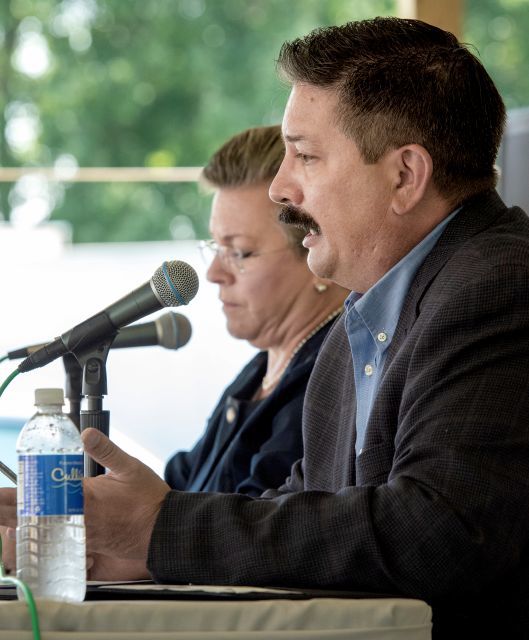 Wisconsin Gov. Scott Walker seized the Republican nomination in his quest for a third term, while former Minnesota Gov. Tim Pawlenty was fighting to resurrect his political career and prove he fits in Trump’s GOP.

The Republican president scored a delayed victory in deep-red Kansas, where current Gov. Jeff Colyer conceded defeat in a razor-thin primary against Trump’s endorsed candidate, Secretary of State Kris Kobach, a week after polls closed. Colyer is the first incumbent governor to be defeated this season.

Tuesday’s contests also moved through Vermont, where Democrats chose the nation’s first transgender major party nominee for governor, part of a so-called “rainbow wave” of extraordinarily diverse candidates up and down the ballot across the nation.

In all, four states hosted primary elections Tuesday as the primary season neared its final chapter. The first polls closed in Vermont and Connecticut, to be followed by Minnesota and Wisconsin.

All but 10 states will have picked their candidates for November’s general election by the time the day’s votes are counted. While the full political battlefield isn’t quite set, the stakes are clear: Democrats are working to topple Republican control of Congress and governors’ offices across the nation.

In Vermont, Democrat Christine Hallquist won the Democratic nomination in her quest to become the nation’s first transgender governor.

The former chief executive of Vermont Electric Cooperative bested a field of four Democrats that included a 14-year-old.

Hallquist will face a tough fight in November: Republican incumbent Phil Scott remains more popular with Democrats than members of his own party in the solidly liberal state.

Vermont Democrats also nominated Sen. Bernie Sanders, who hasn’t ruled out a second presidential run in 2020, for a third term in the Senate. The 76-year-old democratic socialist won the Democratic nomination, but he is expected to turn it down and run as an independent.

Democrats appeared particularly motivated in Wisconsin, where eight candidates lined up for the chance to take on Walker, a two-term incumbent who has warned his party about the prospect of Democratic gains.

Walker’s strong anti-union policies made him a villain to Democrats long before Trump’s rise. State schools chief Tony Evers, who has clashed with Walker at times, entered the primary as the best-known of the Democratic challengers.

Once a target of Trump criticism, Walker gained the president’s endorsement in a tweet Monday night calling him “a tremendous Governor who has done incredible things for that Great State.” But Trump’s persistent attacks on Wisconsin-based motorcycle maker Harley-Davidson put Republican candidates on their heels in recent days, Walker among them.

“There’s a lot of disgust at what’s going on at the top level moving down,” said Madison voter Conor McGuire, 49, who described himself as a frustrated Republican but voted for Democrat Evers.

His Democratic opponents embraced the fight.

“By attacking Wisconsin workers to cover for failed economic policy, President Trump took a page right out of Scott Walker’s playbook,” said Mahlon Mitchell, one of the candidates and the head of the state firefighters union.

The GOP primary featured fervent Trump supporters: former Marine Kevin Nicholson, running as an outsider, and longtime state lawmaker Leah Vukmir, who is backed by House Speaker Paul Ryan. Neither candidate was an early Trump supporter, and Vukmir has struggled to explain footage recently unearthed from 2016 in which she calls Trump “offensive to everyone.”

Tuesday’s primaries served as a test of Democratic enthusiasm in the upper Midwest, a region that has long been associated with liberal politics but has been trending red. Trump won Wisconsin by less than 1 percentage point in 2016, becoming the first Republican presidential candidate to carry the state since 1984.

It was much the same in Minnesota, where Trump lost by less than 3 percentage points in a state that hasn’t backed a Republican presidential contender since 1972.

But a down-ballot race for state attorney general may overshadow them all.

Rep. Keith Ellison, the Democratic National Committee’s deputy chairman, was expected to capture his party’s nomination in the race to become the state’s top law enforcement official. That was before Ellison’s candidacy was rocked by allegations over the weekend of domestic violence amid a broader national outcry against sexual misconduct by powerful men in business, entertainment and politics.

Ellison has denied a former girlfriend’s allegations that he dragged her off a bed while screaming obscenities during a 2016 relationship she said was plagued by “narcissistic abuse.”

Pawlenty, a former two-term governor, may be the biggest name on Minnesota’s ballot.

He’s the leading Republican candidate in the high-profile race to replace outgoing Democratic Gov. Mark Dayton. Having lost his own short-lived bid for president in 2012, Pawlenty spent much of the past six years as a corporate lobbyist.

Like Republican candidates elsewhere, Pawlenty has struggled to live down his blistering critique of Trump in the weeks leading up to the 2016 election. At the time, he called Trump “unhinged and unfit for the presidency.” Pawlenty has since said he voted for Trump and supports his agenda.

Not to be forgotten: Connecticut held primary contests as well.