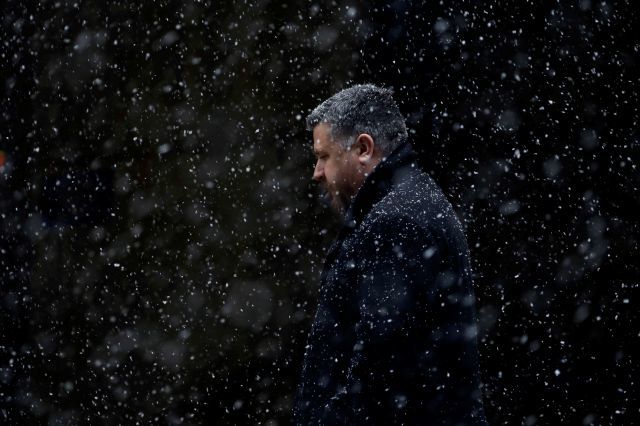 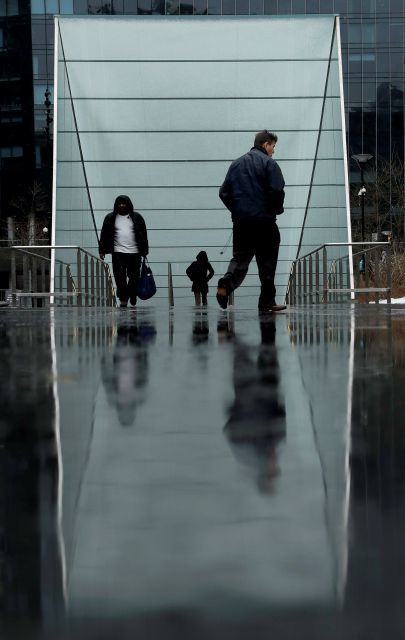 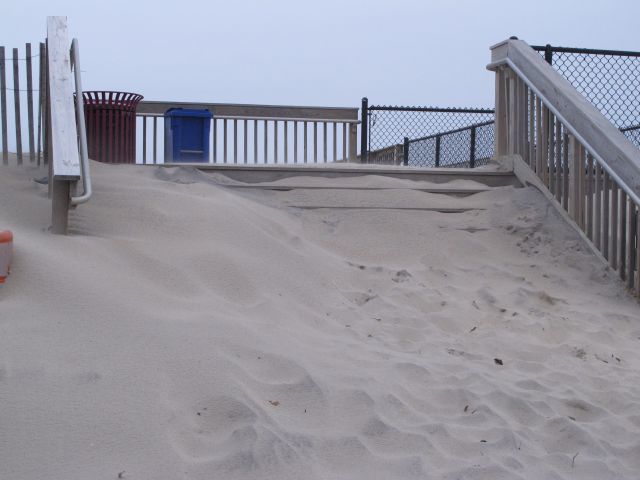 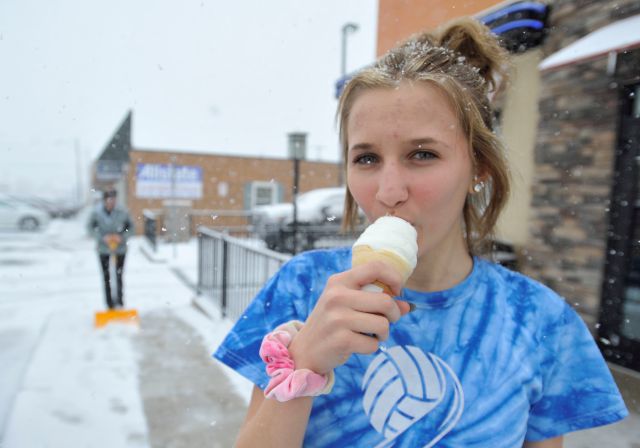 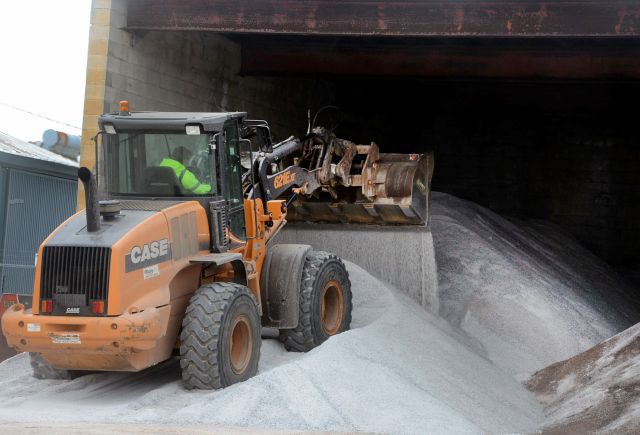 Yet another powerful storm bore down on the Northeast on Tuesday, with wind-whipped snow falling in parts of Pennsylvania and New Jersey as people grumbled and complained about a first full day day of spring that looked an awful lot like the last weeks of winter.

Landscaping crews along the New Jersey coast tended to shrubs and plants at oceanfront homes, then packed up their garden tools to get ready to plow. Shore towns positioned bulldozers, front-end loaders and other heavy equipment to deal with beach erosion from a system that could dump up to 18 inches of snow elsewhere. Airlines canceled flights and schools canceled classes in what has become a dreary March routine. Rhode Island said it was closing its government offices and courts on Wednesday.

“It’s ridiculous,” Bob Burkhard of Toms River, New Jersey, said near the beach at Seaside Park. “First day of spring and we’re getting another snowstorm.”

The bulk of the snow and sleet was expected to wallop New Jersey, Maryland, Delaware and parts of eastern Pennsylvania Wednesday before heading toward Cape Cod early Thursday, the fourth nor’easter to slam the region in three weeks.

“Yesterday I was walking around and saw little birds taking a bath and it looked like they were thinking it would be spring. So I feel bad for those little birds,” she said.

“I’m outside all day long. So having the weather constantly fluctuating has driven me a little mad,” she said on Philadelphia’s South Street. “Mother Nature, let’s get some warm weather!”

Cancellations mounted at airports from Washington to Boston — more than 500 Tuesday and more than 1,600 Wednesday. On the ground, Amtrak said it would scale back service on the Northeast corridor and Pennsylvania banned certain types of trucks from major highways starting Tuesday night.

Public schools in New York City and Philadelphia were to be closed Wednesday.

The jet stream, the upper level river of air that guides weather, is stuck in a plunging pattern that brings plenty of moisture from the south up the East Coast, said Brian Hurley, senior forecaster at the National Weather Service’s Weather Prediction Center in Maryland.

Four nor’easters in three weeks is highly unusual, but it happens when a pattern locks in. And that’s happened, Hurley said.