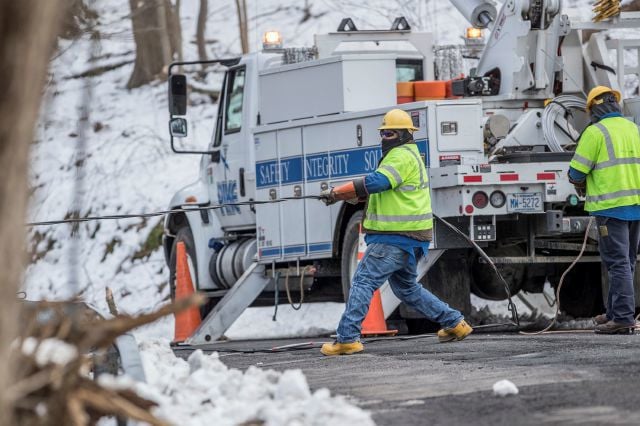 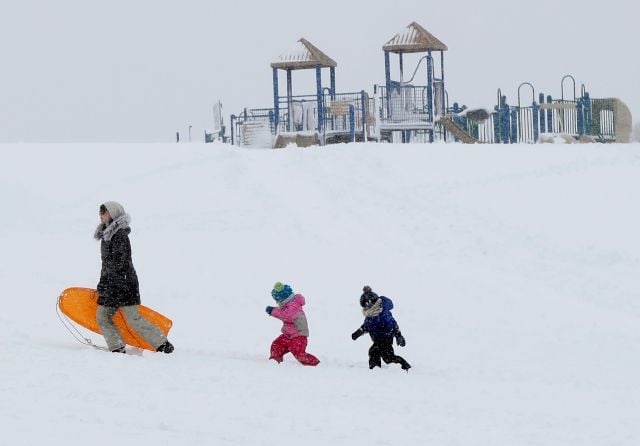 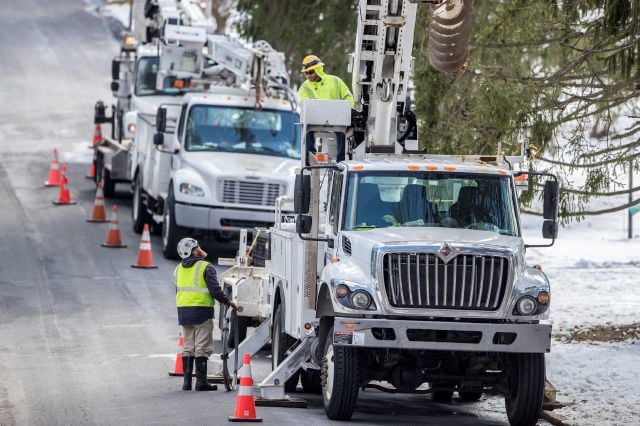 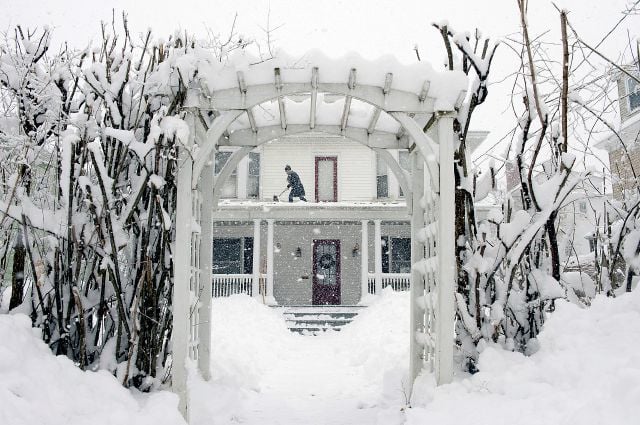 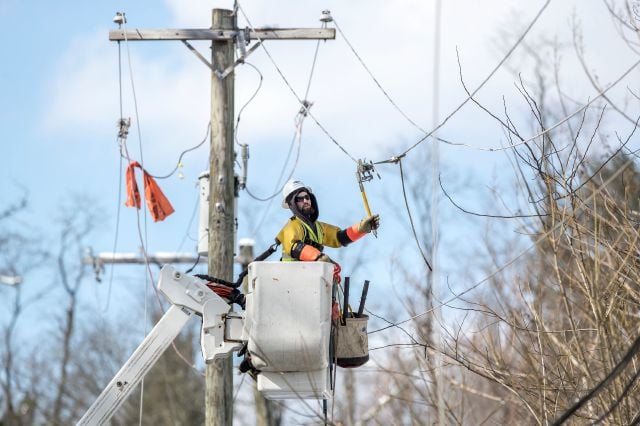 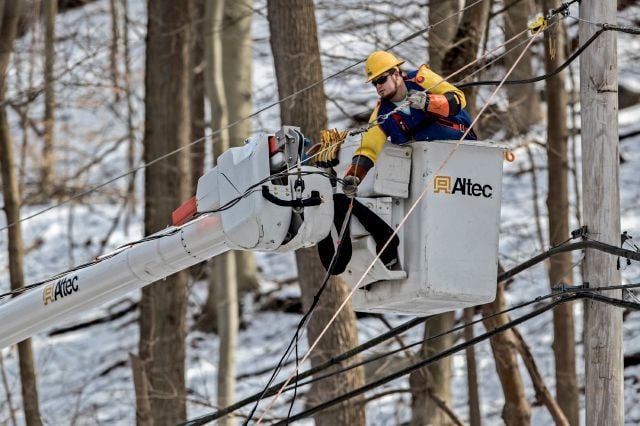 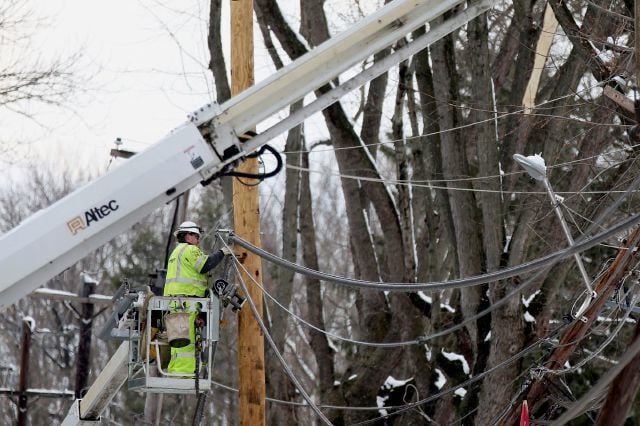 BOSTON (AP) — The sun came out across much of the Northeast on Friday as utilities tackled the arduous task of restoring power to hundreds of thousands of customers who lost electricity during the storm that hit the region this week, all with the possibility of a third nor’easter in the offing.

Utilities asked for patience, warning that because of the damage caused by the storm that dropped 2 feet of snow in some areas, pulling down trees, branches and power lines and blocking roads, it could be days before power is back on.

“We are making steady progress but realize if your power is out, those milestones don’t mean anything to you. We completely get that,” said Christine Milligan, a spokesman for utility National Grid in Massachusetts.

Locally, few customers were still out of power as of about 10 p.m.: Less than 100 in all of Rhode Island, according to National Grid. The utility had restored power to 24,000 customers by 8 p.m.

In Connecticut, only 51 customers were out of power in North Stonington, according to Eversource. However, thousands of people were still in the dark in towns in the lower Connecticut River Valley.

The rush is on to restore power as forecasters monitor another system that could move up the coast Monday. Some weather models, however, have the storm missing the mark.

New Jersey and Massachusetts had the most outages, according to the poweroutage.us website, which compiles statistics from utilities across the nation.

National Grid tried to assure its Massachusetts customers it had hundreds of crews working on restorations and that power would return to the hardest hit areas, including the Merrimack Valley, by midnight Sunday. The company used helicopters on Friday to assess the damage of sub-transmission lines, which were located deep in the woods. Milligan said the wet, heavy snow caused a lot of damage. Wednesday’s storm came on the heels of an earlier nor’easter that brought damaging high winds.

“We know that customers want their power. We’re working as quickly as we can,” she said. “We’ve had to prioritize because we’ve had so much widespread damage.”

But there still were complaints about the pace of the restorations.

“It is completely unacceptable that our citizens have to bear another night without heat or power,” Mayor Jim Fiorentini of Haverhill, Massachusetts, posted Friday on Facebook. He said he contacted National Grid and demanded more crews.

“Please plan to be without power for multiple days as we work through this significant restoration,” Eversource posted on Twitter. The utility serves customers in Connecticut, Massachusetts and New Hampshire.

That was little consolation to some residents.

“It’s colder in the house than it is outside,” Salem, Massachusetts, resident Cindy Peters told The Eagle-Tribune newspaper.

Robert Nixon, 83, sat in his running car to keep warm on Thursday after the senior housing complex where he lives in Norton, Massachusetts lost power.

He also had to throw out all the food in his fridge.

“When you’re on Social Security, that stuff hurts,” he told The Boston Globe.

People without power piled into relatives’ homes, hung out at the local coffee shop or went to “warming centers” that some towns opened in libraries or senior centers.

Karl Carlo Green went to Billerica Town Hall when he lost power to enjoy a warm beverage and a snack, but told The Sun of Lowell that he was worried about his cat.

“He’s like my child because I don’t have kids,” Green said.

The storm was being blamed for at least two deaths in New York and New Jersey.

In Maine, excessive speed on icy roads is being blamed for a 14-vehicle pileup on Interstate 95; no injuries have been reported.

The heavy wet snow was also the apparent cause of a roof collapse in a vacant building in Bridgeport, Connecticut. No one was hurt.

The rush is on to restore power as forecasters monitor another system that could move up the coast Monday. Some weather models, however, have the storm missing the mark.