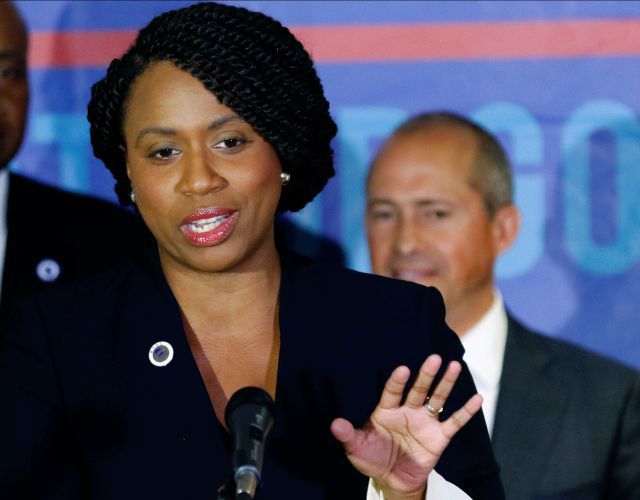 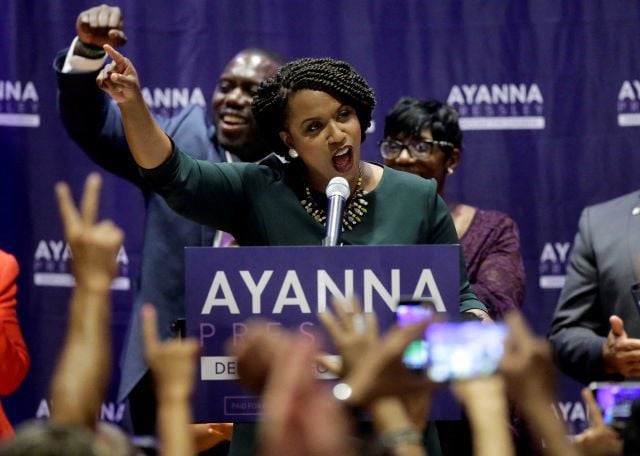 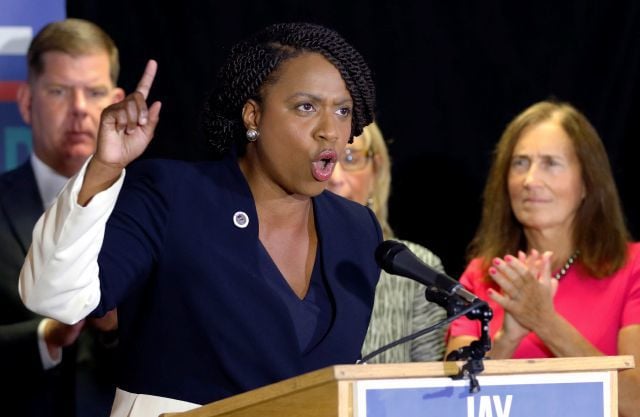 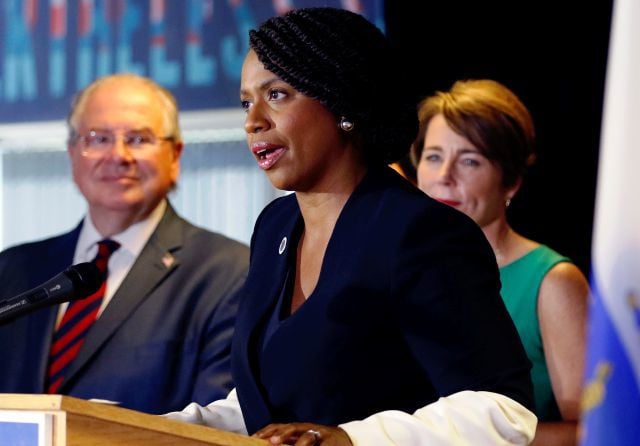 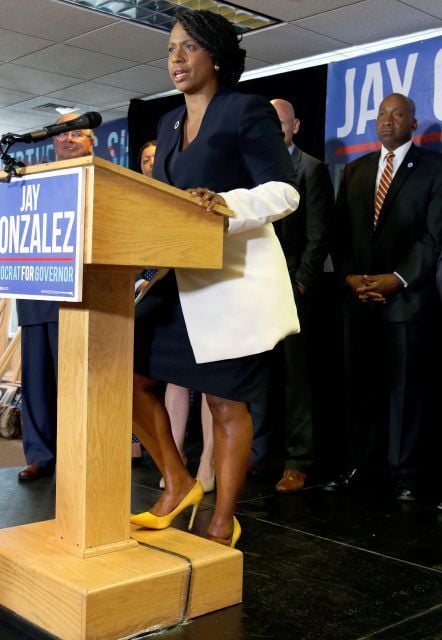 The winner, Ayanna Pressley, told cheering supporters she’s thrilled and humbled by her victory over longtime U.S. Rep. Michael Capuano, a fellow liberal Democrat. Pressley will run unopposed in November, giving her a virtual lock on the seat — the first in Congress that will be held by a black woman from Massachusetts.

Pressley, 44, said she ran to represent those traditionally without a voice in politics who deserve to live in communities that are safe and have good schools. “When I have said that the people closest to the pain should be closest to the power, driving and informing the policy-making, that was never about me, that was about the residents of the Massachusetts 7th Congressional district,” she said Wednesday during a party unity event.

She said the only way to combat “the hate coming out of this White House” is with an inclusive movement. “This is our opportunity to build it,” she said. “We are at a crossroads. This can be our darkest hour or it can be our finest. And I am betting on it being our finest.”

Pressley cruised to victory Tuesday in a district once served by Tip O’Neill and John F. Kennedy. Minorities now constitute a majority of the district’s population. Pressley’s defeat of a 10-term incumbent underscores the shift underway in a Democratic Party. Her victory comes two months after Alexandria Ocasio-Cortez similarly defeated a top House leader in a primary for a New York congressional seat.

Ocasio-Cortez on Tuesday night tweeted a selfie of both women together and wrote, “In June, I won my primary. Tonight, she won hers. Here’s to November.”

A subdued Capuano told supporters he did everything he could to win re-election. “Apparently the district just is very upset with lots of things that are going on. I don’t blame them. I’m just as upset as they are, but so be it. This is the way life goes,” he said.

Capuano was considered one of the most liberal members of the Massachusetts delegation, and Pressley had acknowledged she had few major policy quarrels with him.

Democratic U.S. Sen. Elizabeth Warren sailed through her primary unopposed. She’ll face Geoff Diehl, a state representative who served as co-chairman of President Donald Trump’s 2016 campaign in the state and defeated two other Republicans for his party’s nomination.

Another veteran congressman, Democratic Rep. Richard Neal, won a spirited primary showdown with Tahirah Amatul-Wadud, a black attorney from Springfield who had hoped to become the first Muslim to serve in Congress from Massachusetts. Neal, the dean of the state’s House delegation, first was elected in 1989.