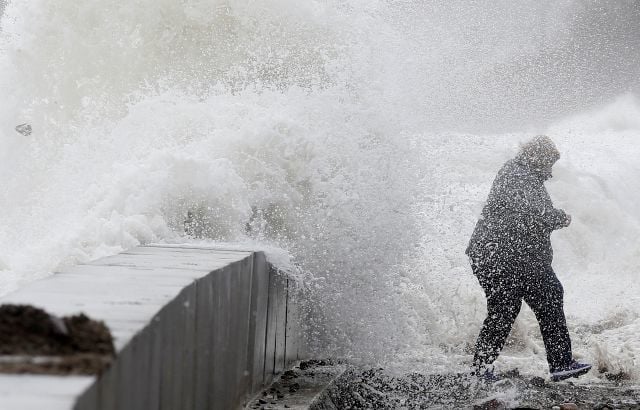 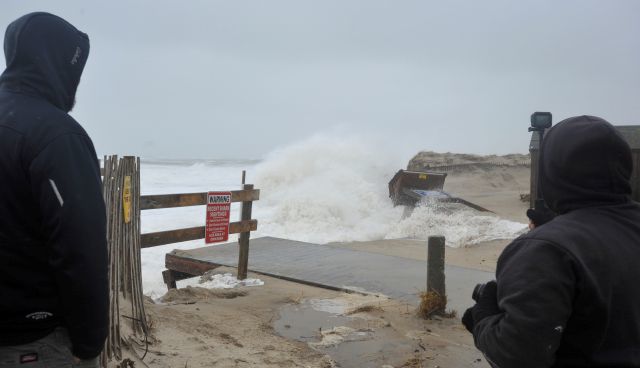 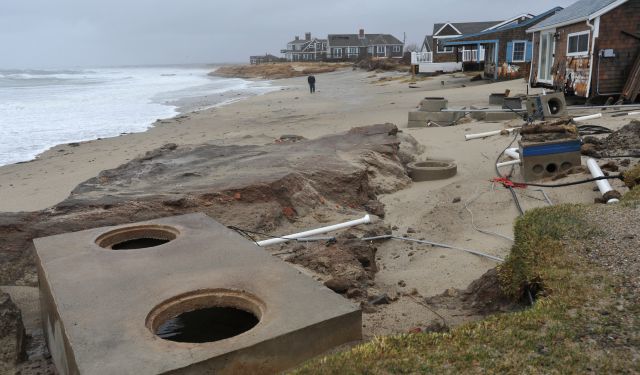 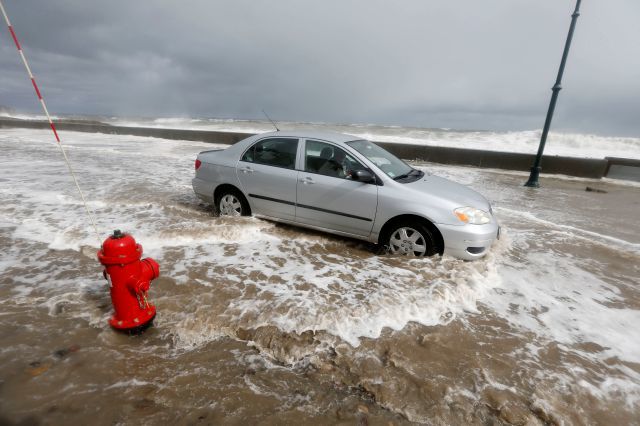 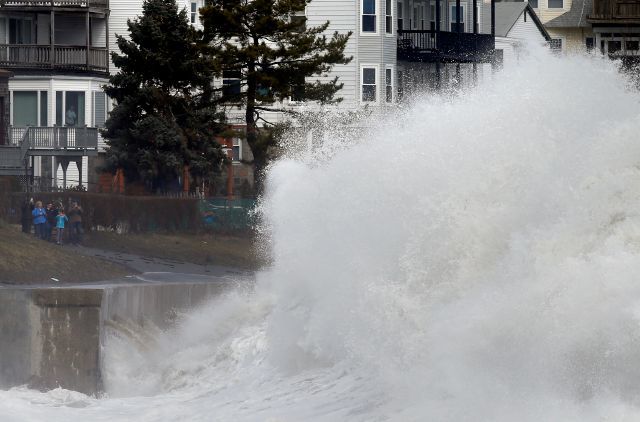 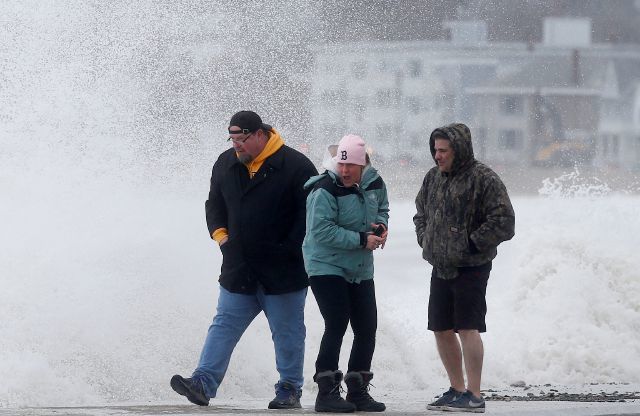 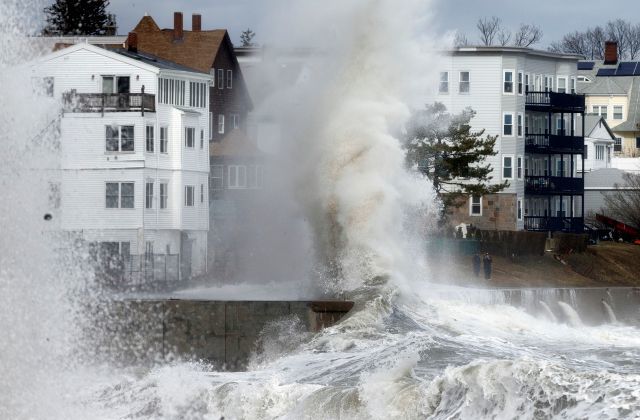 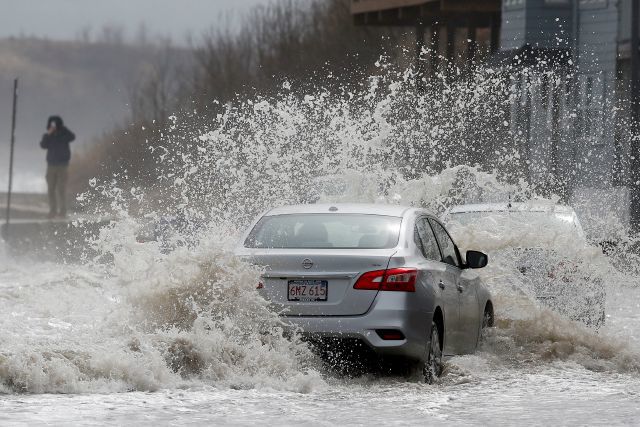 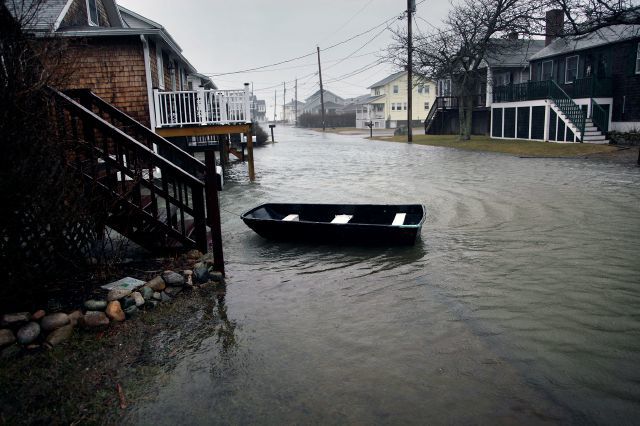 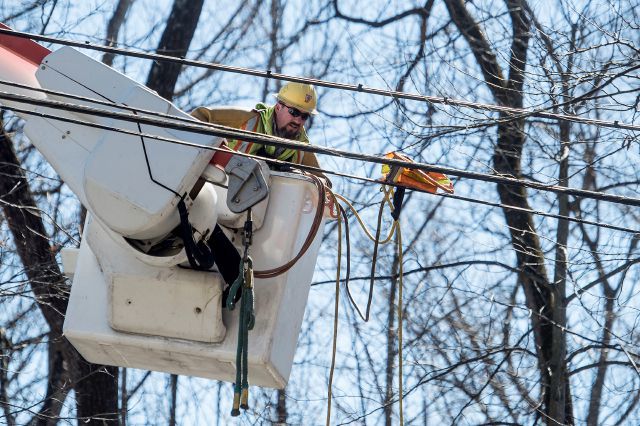 BOSTON — Tens of thousands of utility workers in the Northeast raced to restore power to more than 1.5 million homes and businesses just days after a powerful nor’easter caused flooding and wind damage from Virginia to Maine.

As conditions slowly improved on Saturday, the cleanup of snapped trees, damaged structures and mountains of debris began. Flood waters had receded in most areas, but Friday’s storm had taken huge chunks out of the coastline in Massachusetts and other states. Meanwhile, forecasters were watching another potential weather system that could bring rain, or even more snow, to the region later in the week.

“We’ve been here a long time and we’ve never seen it as bad as this,” said Alex Barmashi, who lives in the hard-hit village of Sagamore Beach in Massachusetts.

Up the coast in Scituate, Becky Smith watched as ocean waters started to fill up a nearby marina’s parking lot from her vantage point at the Barker Tavern, a restaurant overlooking the harbor.

“It looks like a war zone,” she said Saturday, describing the scene in the coastal town near Boston where powerful waves dumped sand and rubble on roads and winds uprooted massive trees. “It’s a lot of debris, big rocks and pieces of wood littering the streets.”

Residents in other areas, meanwhile, bailed out basements and surveyed the damage while waiting for power to be restored, a process that power companies warned could take days in some areas. Power outages on the East Coast dipped by about 500,000 from a peak of 2 million earlier Saturday, but officials said lingering wind gusts were slowing repair efforts.

The storm’s aftermath also was still affecting travel, with airports from Washington, D.C. to Boston reporting dozens of delays and cancellations, while service was slowly returning to normal on rail systems throughout the region. Amtrak said nearly all of its northeast corridor trains should return to service on Sunday.

The death toll from the storm increased by four, with authorities saying at least nine people had lost their lives.

A 41-year-old New Jersey man was killed Friday night when he came in contact with live power lines, NJ.com reported. A 25-year-old man in Connecticut, a 57-year-old Pennsylvania man and a 37-year-old Massachusetts man were killed when trees fell on their vehicles Friday. The other five people killed included two children. A man and a 6-year-old boy were killed in different parts of Virginia, while an 11-year-old boy in New York state and a man in Rhode Island, both died. A 77-year-old woman died after being struck by a branch outside her home near Baltimore.

Forecasters said the storm had mostly headed out to sea by Saturday afternoon, but noted its impact likely would still be felt on Sunday.

“Minor flooding may continue in Massachusetts around high tide, though not as bad as Saturday, and there could still be some gusty winds over New England, but the storm is pretty much gone,” said Marc Chenard, a meteorologist with the National Weather Service Storm Prediction Center in Maryland. He said forecasters were monitoring what could become another storm Wednesday into Thursday, less than two weeks before spring officially begins.

Despite the gloomy conditions, many residents refused to let the stormy conditions dampen their enthusiasm.

Charlanne Nosal and her daughter Abby huddled on the beach Saturday in Avalon, New Jersey, as a biting wind whipped sand around them. The two, who were in town for a cheerleading competition, told The Philadelphia Inquirer that the storm put a damper on their trip, but not their spirit.

“Any day at the beach,” said Charlanne Nosal, “is a good day.”

Homeowners who live in areas where outages and floods are common events already equipped the house to face these disasters. So, many property owners buy good-quality residential generators Woburn. A standby generator can energize a house for days after a blackout, which makes it a good investment.