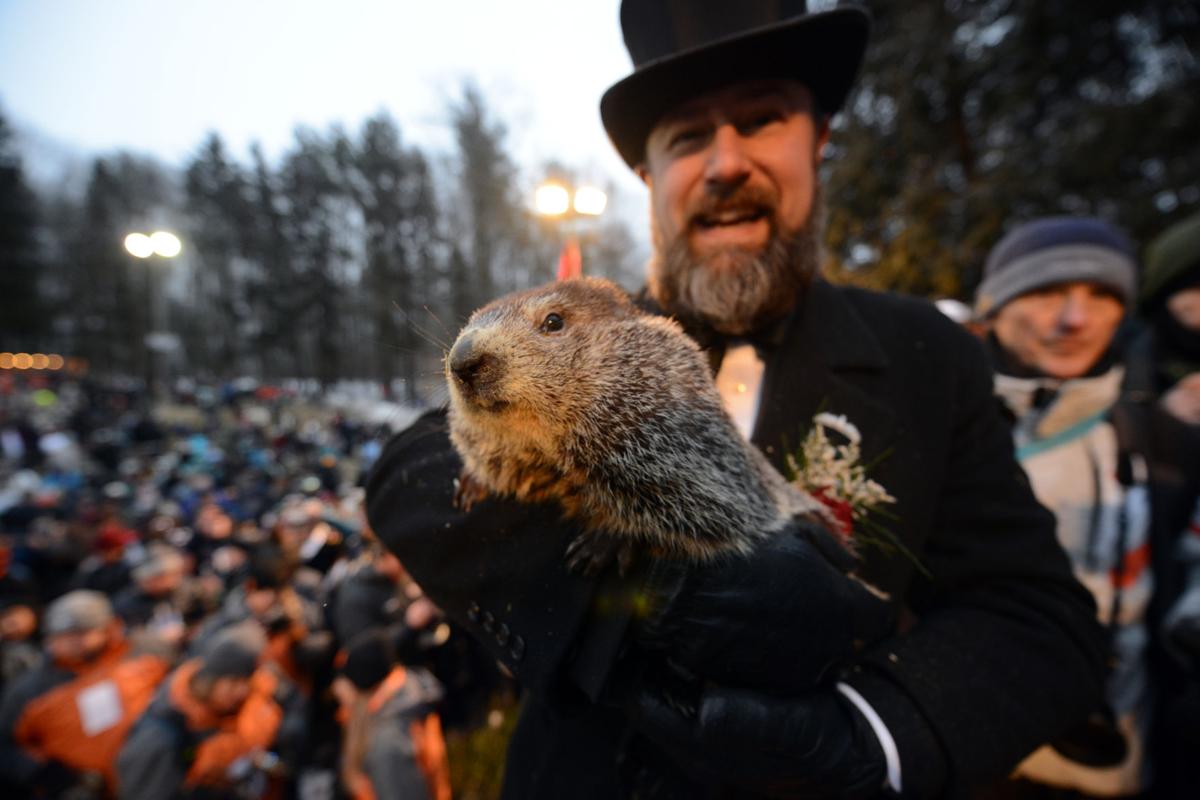 Phil’s co-handler A.J. Dereume holds Phil as he poses for photos after all was said and done. (Photo by Alan Freed/The Punxsutawney Spirit) 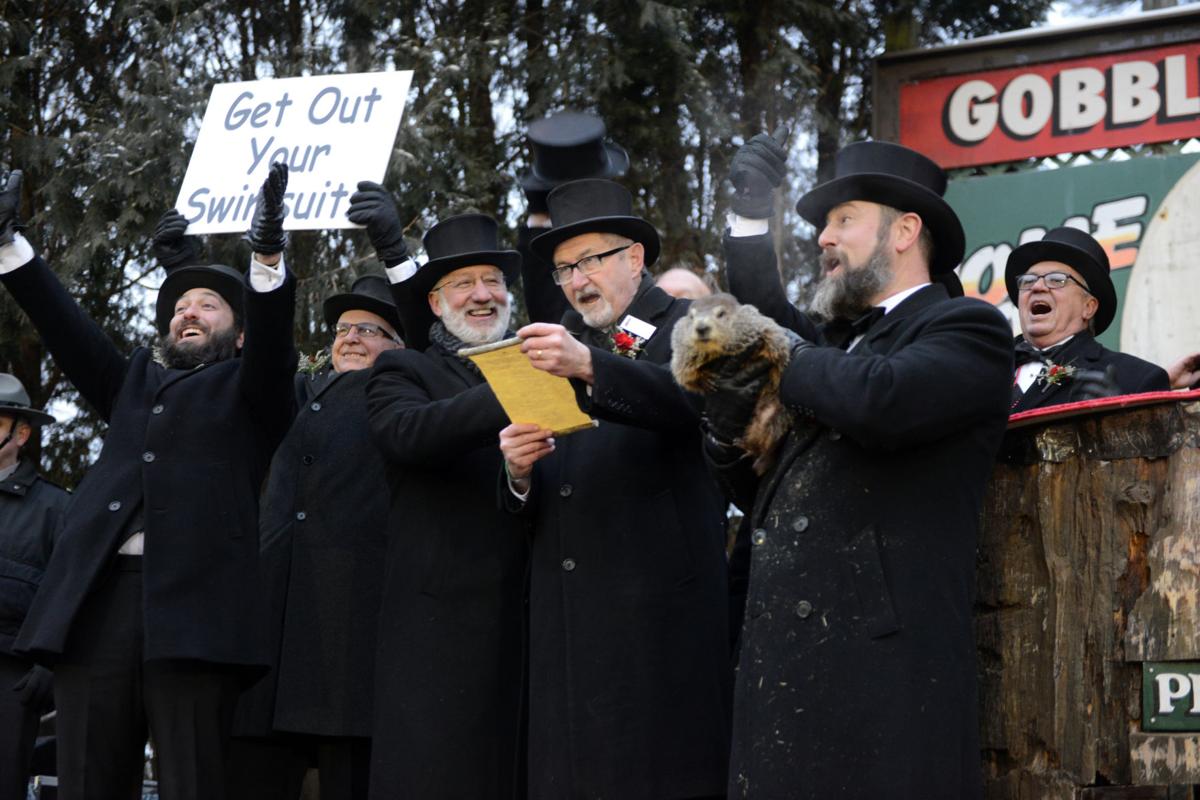 Phil’s co-handler A.J. Dereume holds Phil as he poses for photos after all was said and done. (Photo by Alan Freed/The Punxsutawney Spirit)

PUNXSUTAWNEY — Preparations for Groundhog Day 2019 began back on Feb. 3,

2018 — right after Punxsutawney Phil issued his forecast of six more weeks of winter for that year. Since then, Phil and his Inner Circle have done the rounds — perhaps their busiest year promoting all things Punxsutawney — and this week, the focus once again turned to the Seer of Seers, the Prognosticator of Prognosticators, as he prepared to make his

Mother Nature hadn’t been all that kind to the region as Groundhog Day approached. While the recent polar vortex hit the Midwest portion of the country even harder than it did The Weather Capital of the World, the truth of the matter is that even the most passionate fan of winter weather would have been tempted this week — with one look out the window at the weather conditions — to think, “Maybe we don’t need those extra couple weeks of winter.” However, some will hold to their winter wonders, as there’s always a mixed bag of expectations for Phil on his big day.

It was with these things in mind that Phil’s fans and followers flocked to Gobbler’s Knob first thing Saturday morning — after a full day of activities and the Groundhog Banquet on Friday — to hear what the Seer of Seers had to say.

Those who were at The Knob on Saturday were treated to no shortage of entertainment, with the regular performances by Dave “Thunder Conductor”

Gigliotti, Dan “Moonshine” McGinley and the Philette Dancers from Punxsutawney Area High School; an appearance by Pittsburgh Dad; musical performances by Groundhog Day house band The Beagle Brothers and a national anthem performance by Clean Shave — a United States Naval Academy Barbershop Quartet; chants of “No Sleep ‘Til Monday;” and, of course, the annual fireworks show that serves as a wake-up call to all within earshot that Phil’s about to do his thing.

Jason “Big Chill” Grusky, a member of Phil’s Inner Circle known for wearing a thermometer around his neck and providing updates on the temperature throughout the festivities, was consulted by Gigliotti and McGinley about one hour before Phil’s prognostication, and they said he told them that the temperature was hovering around zero — at one degree.

An update right before the official forecast, Grusky reported a temperature of 10 degrees.

Right around 7:10 a.m., things really started to get serious, as Phil’s Inner Circle parted the crowds and made their way toward the stage. By

7:16 a.m., Phil’s followers were receiving word from the Inner Circle Vice President Jeff Lundy that they were (unofficially) a part of the largest Groundhog Day crowd ever. Lundy also explained the process that would soon unfold — that Phil would direct Groundhog Club President Bill Deeley to one of two scrolls with the proper prediction written upon it.

Deeley rapped on Phil’s front door with his traditional cane, which allows him to converse with Phil in Groundhogese, and once he emerged from his stump, he directed Deeley to the scroll, which read:

Down in my burrow on long winter nights, I listen to tunes to keep my mind right. From Motown to country to rap, even Bach, there’s Aretha and Elvis; yeah, The Beatles rock. And your cheers at The Knob really give me a thrill, everyone singing to the world, “Phil! Phil! Phil!” But predicting the weather, that’s my song; for 133 years, I’ve never been wrong. So, is it early spring or more winter forecast? Stop the music, here is my forecast. Faithful followers, there is no shadow of me — a beautiful spring, it shall be.

Zak Lantz is a reporter for The Punxsutawney Spirit of Glenolden, Pa., one of The Sun's sister papers.