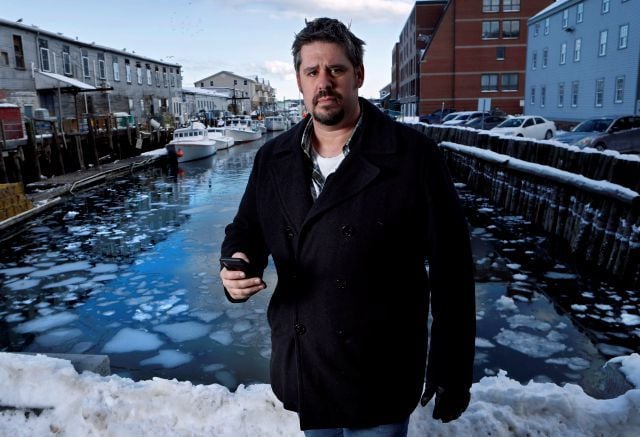 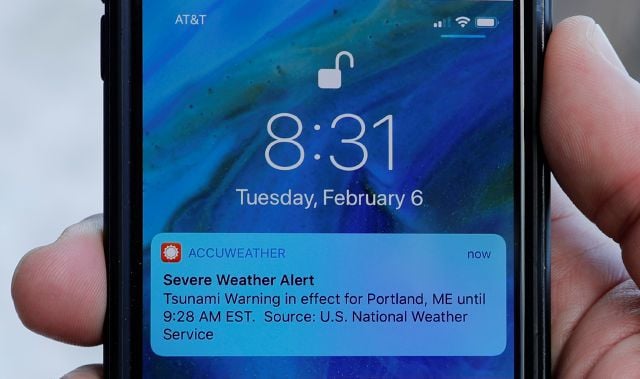 John Grosso knew it was highly unlikely that a monster wave was barreling toward the Connecticut coast, but when a tsunami warning appeared out of the blue on his phone Tuesday, he felt a twinge of fear. His co-workers, who got the same alert, asked whether they should evacuate.

It turned out to be a computer glitch. The damage? An erosion of trust.

“Now I have to check every single time, God forbid, there’s a tornado warning, a tsunami alert, pick your poison,” said Grosso, 25, a social media manager from Stamford. “I have to look at it and go, ‘Is it a test? Was it sent in error?’ And I could be wasting precious time in case it was real.”

Last month’s bogus missile warning in Hawaii and the tsunami false alarm have highlighted trouble spots and prompted calls for change in the complex system that alerts Americans about dangerous weather, shooters, kidnapped children, plant explosions and other emergencies.

More than 1,000 federal, state and local government agencies have the ability to issue emergency alerts through federally managed communications networks. The patchwork system usually works as intended but it can wreak havoc when it doesn’t.

In the Senate, legislation introduced last week that would establish standards for state and local agencies’ participation in the national alert system, require federal certification of their incident management systems, and recommend steps for avoiding false alarms.

Additionally, the FCC has ordered wireless providers to do a better job of targeting emergency alerts only to those in the affected area, with a geographic “overreach” of no more than one-tenth of a mile.

Sometimes the alerts are sent to too many people or too few. In Alaska, for instance, a tsunami warning triggered by an undersea earthquake in January reached residents of Anchorage even though the city wasn’t in danger. In the Northern California wine country, where wildfires killed dozens of people in October, some residents complained that authorities failed to send an alert to their phones.

“The emergency alerting system is really a whole collection of systems, and there are various places where it can break down,” said Dan Gonzales, a scientist at RAND Corp.

“With so many organizations involved, it’s difficult to make it foolproof.”

The risk of too many false alarms, Gonzales said, is that “people will ignore warnings if they believe they’re not accurate or not relevant.”

On Feb. 6, AccuWeather took what was intended to be a routine, monthly National Weather Service test message and sent it as a real warning to subscribers up and down the East Coast, the Gulf of Mexico and the Caribbean.

Daryl Herzmann, a systems analyst in the agronomy department at Iowa State University, said the message contained a “T” flag, indicating test. But the weather service also recycled a tracking number it had used in a previous tsunami warning, and that probably confused AccuWeather’s computers, he said.

It was human error that caused last month’s panic in Hawaii. A state worker mistook a drill for a missile attack and sent an emergency alert to cellphones and broadcast stations. It took nearly 40 minutes for the Hawaii Emergency Management Agency to figure out a way to retract the alert. The worker was fired and the agency chief resigned.

“This cry of wolf damaged the credibility of alert messaging, which can be dangerous when a real emergency occurs,” Lisa Fowlkes, an FCC official, said Tuesday during a House committee hearing.