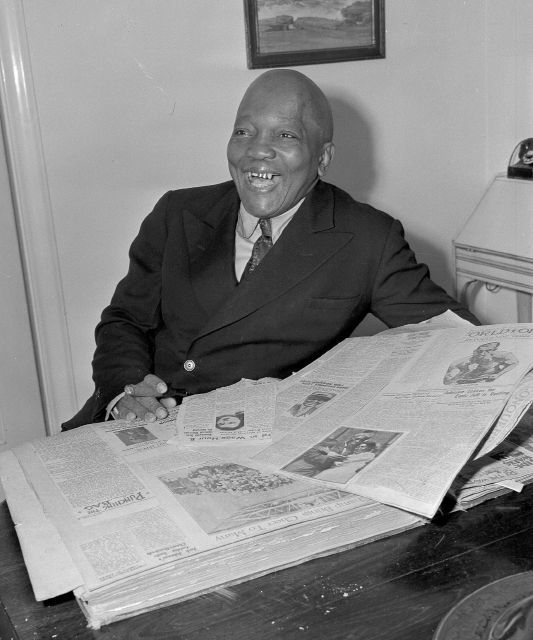 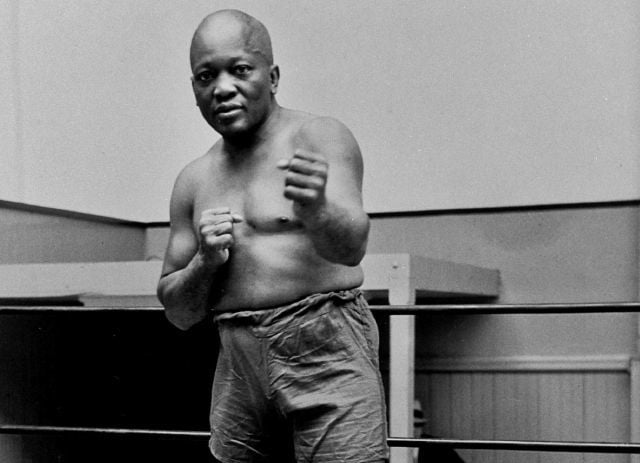 In Jim Crow America, it’s no wonder that Jack Johnson was the most despised African-American of his generation.

The first black boxing heavyweight champion of the world, Johnson humiliated white fighters and flaunted his affection for white women, even fleeing the country after an all-white jury convicted him of “immorality” for one of his relationships.

Now, more than 100 years later, Johnson’s great-great niece wants President Donald Trump to clear the champion’s name with a posthumous pardon. And she has the backing of Sen. John McCain, who has supported a Johnson pardon since 2004.

“Jack Johnson was a boxing legend and pioneer whose career and reputation were ruined by a racially charged conviction more than a century ago,” McCain said in a statement to The Associated Press. “Johnson’s imprisonment forced him into the shadows of bigotry and prejudice, and continues to stand as a stain on our national honor.”

Johnson, the son of former slaves, defeated Tommy Burns for the heavyweight title in 1908 at a time when blacks and whites rarely entered the same ring. He then mowed down a series of “great white hopes,” culminating in 1910 with the undefeated former champion, James J. Jeffries.

“He is one of the craftiest, cunningest boxers that ever stepped into the ring,” said the legendary boxer John L. Sullivan, in the aftermath of what was called “the fight of the century.”

But Johnson also refused to adhere to societal norms, living lavishly and brazenly and dating outside of his race in a time when whites often killed African-Americans without fear of legal repercussions. In 1913, he was convicted of violating the Mann Act, which made it illegal to transport women across state lines for “immoral” purposes.

After seven years as a fugitive, Johnson eventually returned to the U.S. and turned himself in. He served about a year in federal prison and was released in 1921. He died in 1946 in an auto accident.

Muhammad Ali often praised Johnson and would explain how he admired Johnson’s courage.

“They say I’m controversial and they say I’m bold, but I wasn’t nothing like Jack Johnson,” Ali once told broadcaster Howard Cosell. “They had lynchings and rapings and burnings and every time he’d fight they’d lynch Negroes and burn houses. This man was told if you beat this white man we’re going to shoot you from the audience. He said well just shoot my black so-and-so because I’m a knock him out.

“Here’s a Negro during the time you’d be lynched for looking at white ladies. He’d walk down the street and left the country with them. He was bold. ... He had to be a courageous man.”

The stain on Johnson’s reputation forced some family members to live in shame of his legacy — the exact opposite of how Johnson led his life.

Haywood said she didn’t find out she was related to Johnson until she was 12. She remembers learning about Johnson when she was in sixth grade during Black History Month, and only learned later that he was kin.

Once, she recalled, she asked her mother about Johnson.

Haywood remembers her mother calling Johnson defiant and saying: “’Momma, no disrespect, that man wasn’t defiant.’ He was just being a man. He was being himself.”

Haywood has pressed to have Johnson pardoned since President George W. Bush was in office, a decade ago. Posthumous pardons are rare, but not unprecedented. President Bill Clinton pardoned Henry O. Flipper, the first African-American officer to lead the Buffalo Soldiers of the 10th Cavalry Regiment during the Civil War; he was framed for embezzlement. Bush pardoned Charles Winters in 2008, an American volunteer in the Arab-Israeli War convicted of violating the U.S. Neutrality Acts in 1949.

Haywood wanted Barack Obama, the nation’s first black president, to pardon Johnson, but Justice Department policy says “processing posthumous pardon petitions is grounded in the belief that the time of the officials involved in the clemency process is better spent on the pardon and commutation requests of living persons.”

“In terms of Jack Johnson, I think the Department of Justice came back recommending — not recommending a pardon on that,” press secretary Robert Gibbs said in 2009.

“The last thing you want to do is die and have your name tarnished. That’s wrong. You don’t want it to be tarnished if you’re living.”

Editor’s note: African-American athletes have used their sports platforms for more than 100 years to impact social and political change. As part of AP’s coverage plans for Black History Month, we will take a look at how many have and continue to engage in activism.