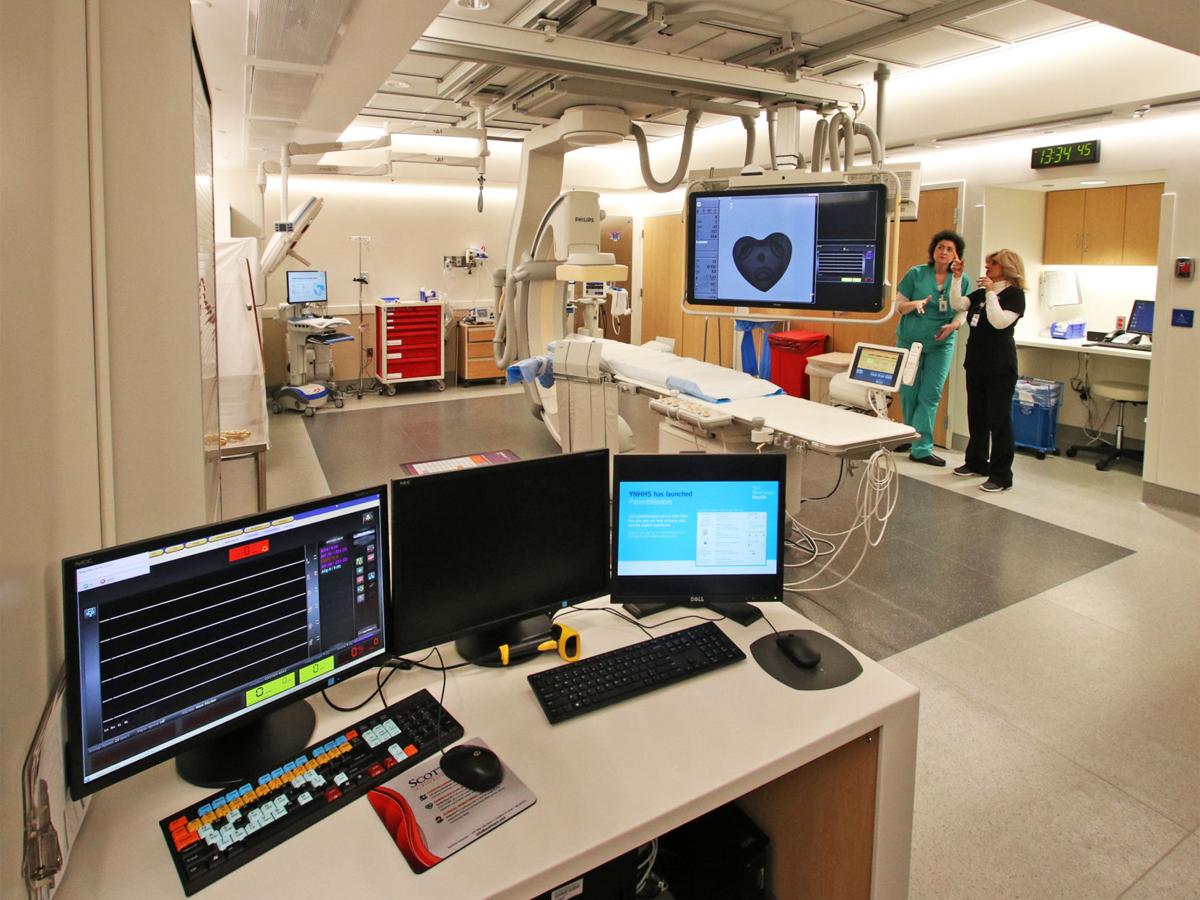 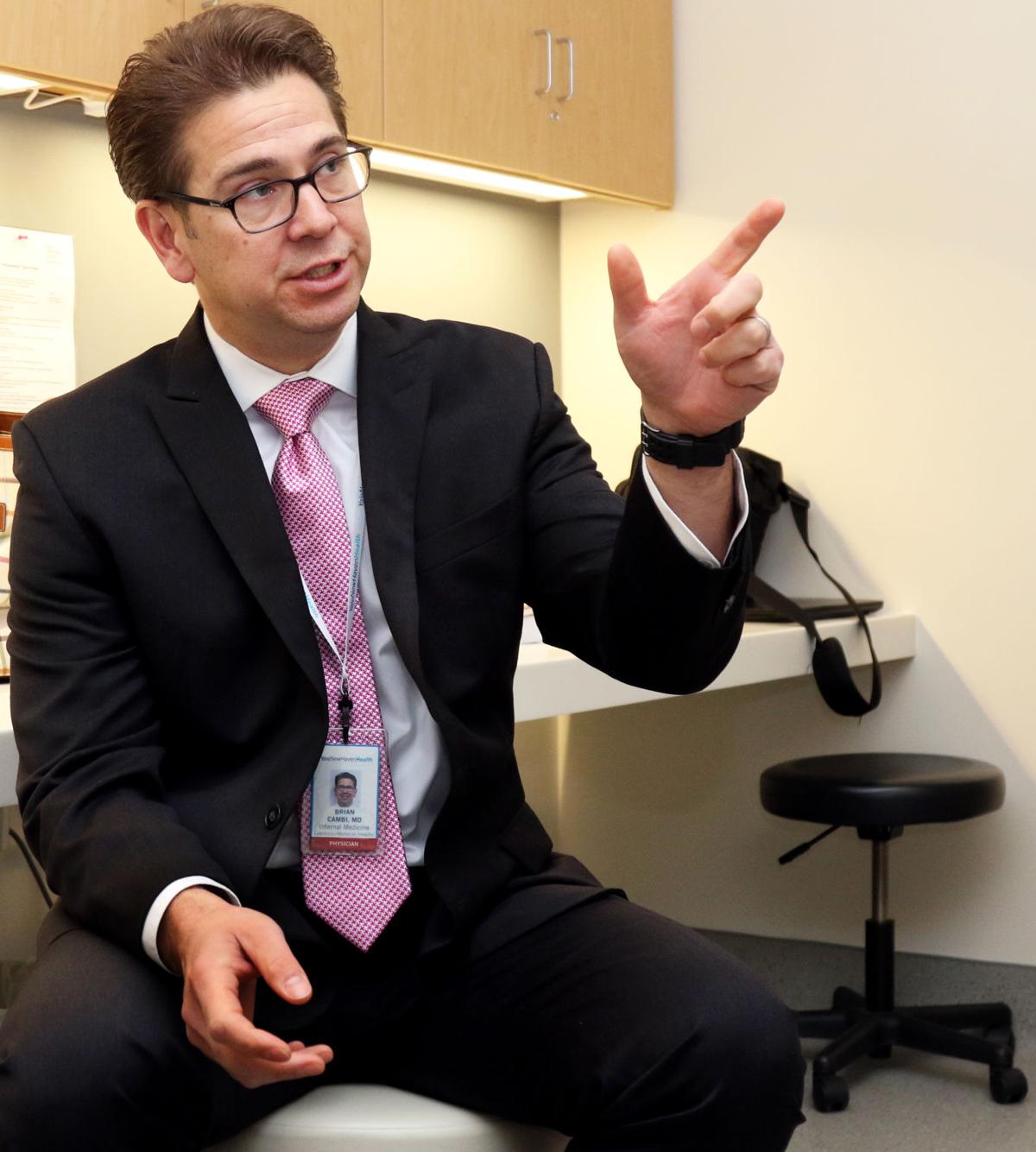 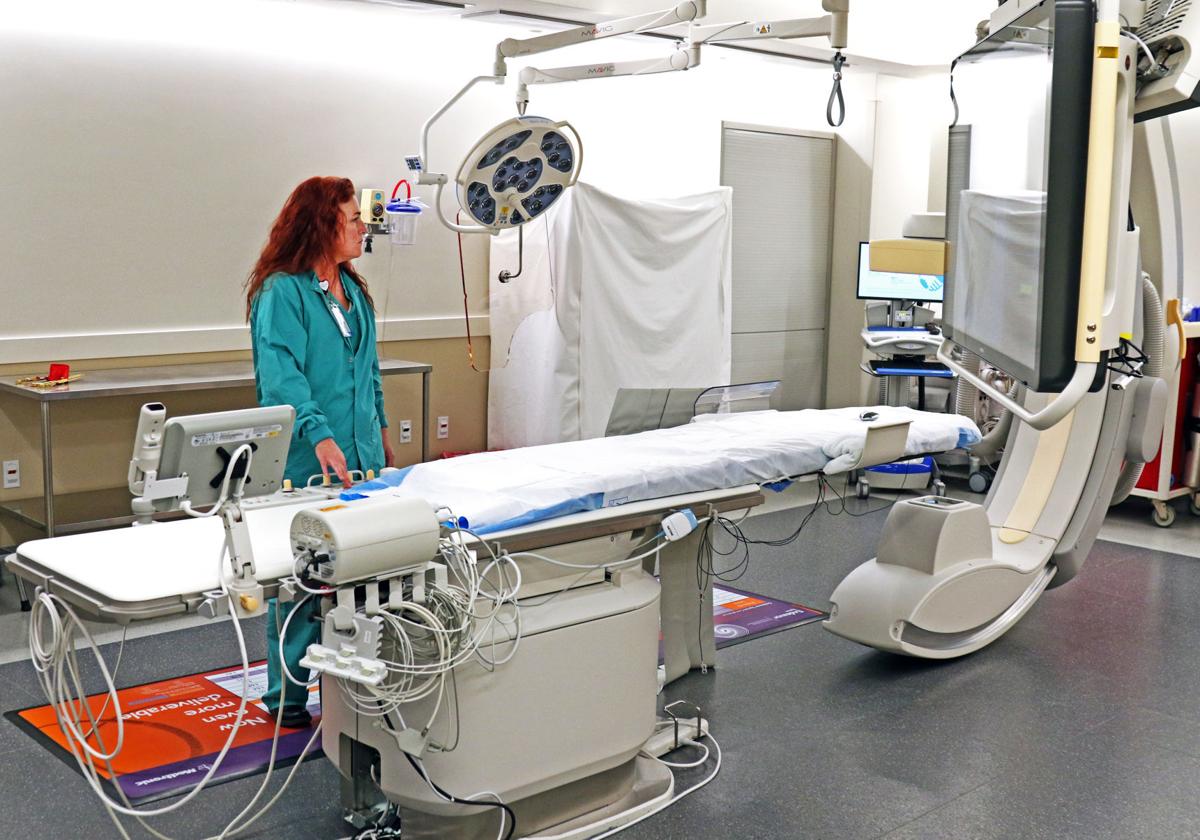 Laura Smith, a cardiac technologist, demonstrates some of the capabilities of the equipment in the new cardiac catherization lab at Westerly Hospital. Westerly Hospital held a ceremonial ribbon cutting for the new addition on Friday, Feb. 15, 2019. Harold Hanka, The Westerly Sun 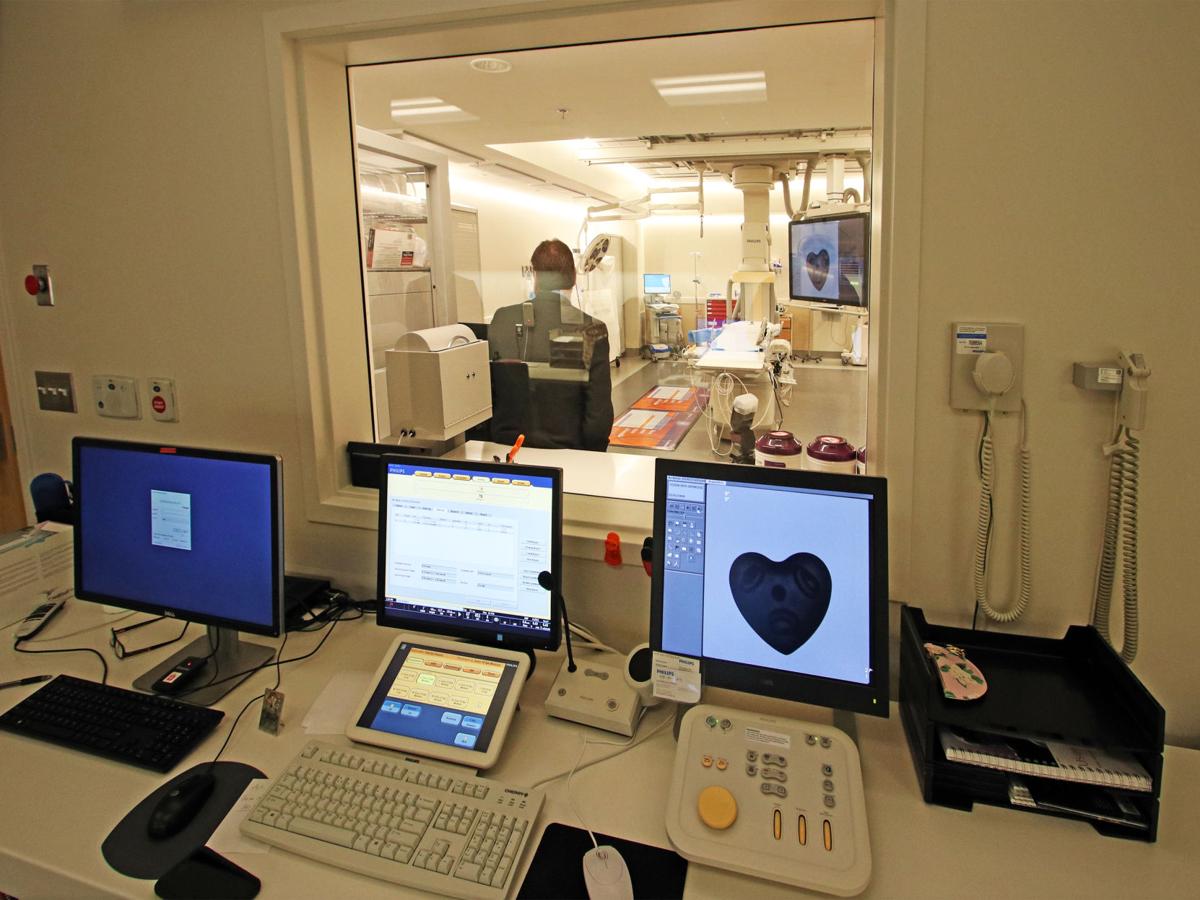 The view from the control room of the new cardiac catherization lab at Westerly Hospital on Friday, Feb. 15, 2019. Harold Hanka, The Westerly Sun

Laura Smith, a cardiac technologist, demonstrates some of the capabilities of the equipment in the new cardiac catherization lab at Westerly Hospital. Westerly Hospital held a ceremonial ribbon cutting for the new addition on Friday, Feb. 15, 2019. Harold Hanka, The Westerly Sun

The view from the control room of the new cardiac catherization lab at Westerly Hospital on Friday, Feb. 15, 2019. Harold Hanka, The Westerly Sun

WESTERLY — With the recent completion of a $5 million upgrade, Westerly Hospital's cardiac catheterization laboratory is outfitted with state-of-the-art equipment and fully connected to the Yale New Haven Health network of specialists.

Medical staff members, hospital administrators and community members gathered Friday for a ribbon-cutting ceremony at the facility, which has been open and used for patients for about one week. As of Friday several pacemakers had been implanted in patients in the laboratory, doctors said.

"This is a day we've all been waiting for. Part of our commitment to this community was committing to signature care. Heart and vascular was a top priority," said Patrick Green, president and chief executive of Westerly Hospital and Lawrence + Memorial Hospital in New London.

Greg Ahern, chairman of the Westerly Hospital Foundation, called the opening of the new laboratory a "landmark occasion" and said doctors have told him the facility is the "finest laboratory of its kind in Rhode Island." Ahern thanked the foundation's many donors for their contributions.

The foundation contributed almost $1 million to the work. Another $1 million was specifically set aside for the project when the hospital came out of receivership and was acquired by L+M, which later affiliated with the Yale New Haven system. The remaining funds were in the hospital's capital budget.

The facilty, unlike many cardiac cath laboratories, can be used for diagnostic catheterization as well as for other procedures, according to Dr. Brian Cambi, an interventional cardiologist. Those procedures include the placement of pacemakers and defibrillators, repair of blockages through the use of balloons and stents, and interventional radiology. "That makes it special and unique," said Cambi, medical director of the Yale New Haven Health Heart and Vascular Center at L+M.

"In some cases these are procedures that were not done here. Now patients can receive their care here where they live," Cambi said.

Through an electronic connection to the Yale New Haven Health network, Cambi can view a patient's procedure remotely and consult in real time with attending cardiologists. On Friday, while giving a tour of the facility in Westerly, he broke away to view a cardiac test and speak with the doctor conducting it in New London.

"The technology is great because it allows for much more communication," Cambi said.

The major component of the new laboratory is a fluoroscope, a device that uses x-rays to obtain moving images of the heart. Patients lie on their backs and x-rays are taken through their backs. The fluoroscope can be moved to allow for images from different angles.

The new laboratory is in the hospital's operating suite, a clinical upgrade from its former location in a different part of the hospital, Cambi said.

As he continues to work with doctors at Westerly Hospital, Cambi said he had found that their dedication was palpable.

"One of the things that makes Westerly Hospital so unique is that it really is a community hospital in the most basic sense. The loyalty and allegiance the doctors have to Westerly Hospital is remarkable and it speaks volumes to what you have here," Cambi said.

Cardiologists need to be paid for their services. So, the hospital should have a good cdm charge master system, to register every service that the doctor does for his patients. He needs to be paid for these services because it is normal to receive your payment after you have offered the best medical services.

PHOTO: Springtime fog along the river banks in Mystic

While asking for more, states are slow to spend federal coronavirus aid

Businesses in Rhode Island, Connecticut to reopen as phase 2 begins

At the Library: Get film adaptations aplenty online