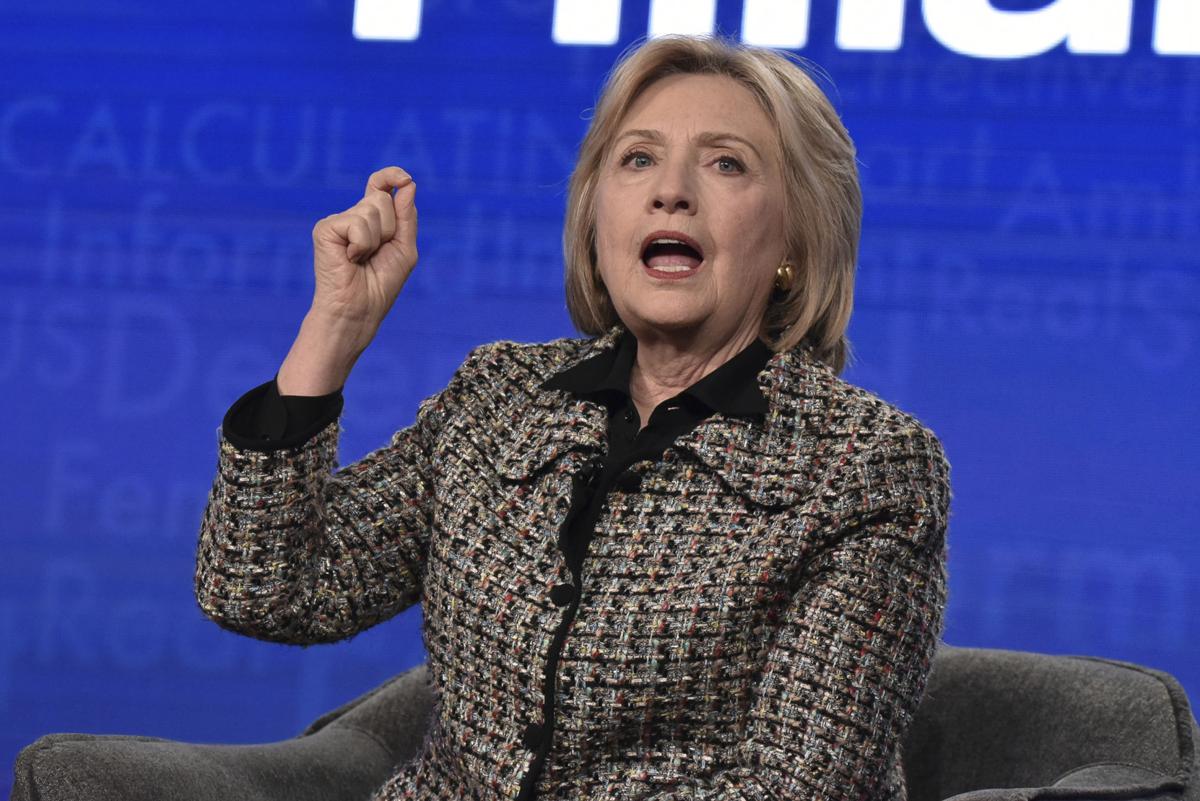 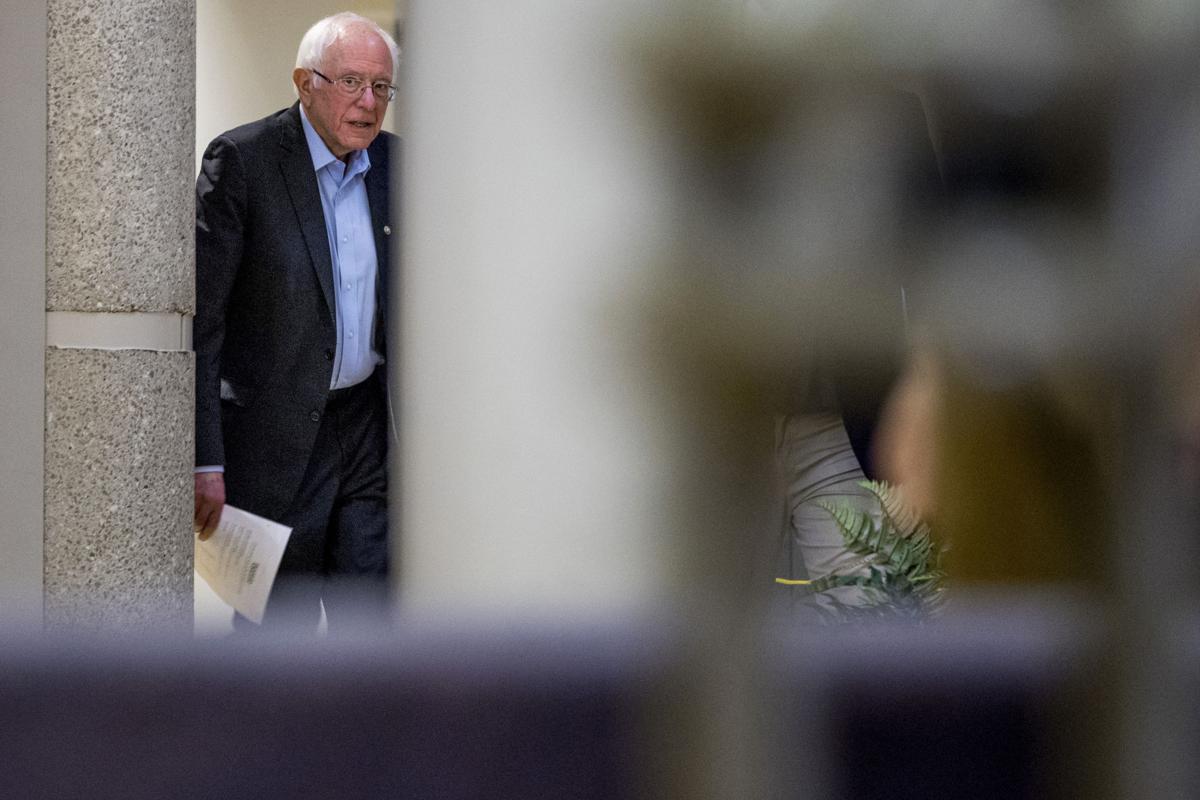 DES MOINES, Iowa — Democratic presidential candidates have spent weeks reassuring voters they can unify the party, avoid the divisions that plagued the 2016 primary and defeat President Donald Trump in the fall. Instead, the scars of that battle are being ripped open less than two weeks before the Iowa caucuses.

With tensions already escalating between leading Democratic contenders, the party's last presidential nominee, Hillary Clinton, reignited a years-old feud with Bernie Sanders on Tuesday by refusing to say whether she would support her former rival should he win the nomination this year — before later insisting that she will do "whatever I can" to support the eventual nominee. Clinton also said in an upcoming documentary that "nobody likes" Sanders, adding in an interview with the Hollywood Reporter that he has permitted a culture of "relentless attacks" on his competitors, "particularly the women."

Clinton's criticism is the latest — and perhaps, the loudest — flash point in the Democratic Party's high-stakes nomination fight that has exposed divisions based on gender, race, age and ideology. Democratic officials fear that such divisions could ultimately make it harder to beat Trump, pointing to lingering bad blood between Clinton and Sanders four years ago that may have helped him eke out a victory.

"My No. 1 goal is to win," Democratic National Committee Chairman Tom Perez told The Associated Press. "The only way this is possible is if we're united around our eventual nominee, and I have no doubt that every candidate in this race will do that, no matter who she or he is."

"The stakes get higher on an almost daily basis," he added, "making it all the more imperative we come together."

Clarifying her earlier comments, Clinton added later Tuesday in a tweet that "the number one priority for our country and world is retiring Trump, and, as I always have, I will do whatever I can to support our nominee."

Trump and his Republican allies, sensing an opportunity to weaken his opponent, have poked at the Democratic infighting from afar in recent days. In particular, the president publicly sided with Sanders in a dispute with Elizabeth Warren and blamed Democrats for treating Sanders unfairly because the Senate impeachment trial prevents him — and three other Democrats seeking the presidency — from campaigning in Iowa.

Trump's concern, of course, isn't about the party's treatment of Sanders. He hopes that continued discord among Democrats might push some disaffected supporters of the Vermont senator in Trump's direction come November, or at least persuade them to stay home on Election Day.

That's what happened after the party's long and bitter nomination fight between Sanders and Clinton.

"At the end of the day, no one wants history to repeat itself," said Democratic strategist Sabrina Singh.

Yet healing old resentments — and some new ones — that threaten to divide core factions of the Democratic Party may be easier said than done, especially as the 2020 field jockeys for position in the sprint to the Iowa caucuses.

Tensions remain high between Sanders and progressive ally Warren just a week after the Massachusetts senator disclosed the contents of a 2018 private conversation with Sanders in which he allegedly said a woman could not defeat Trump. Warren refused to shake Sanders' hand after last week's presidential debate, and microphones captured a fiery confrontation in which Warren accused Sanders of calling her a liar.

Warren refused to address the explosive feud as she campaigned in recent days. At the same time, she stepped deeper into the ideological fight between the progressive and moderate wings of the party, raising questions about former Vice President Joe Biden's commitment to Social Security.

Biden, who has been at the center of heated attacks related to race, gender and ideology for much of the last year, is trying to finish the run-up to Iowa highlighting unity as a core element in his closing message, according to senior adviser Anita Dunn. Biden has said repeatedly that should he not become his party's nominee, he would endorse the person who is and work to help him or her in whatever way he could.

"He believes the risk is too high for Democrats to form a circular firing squad," Dunn said.

Pete Buttigieg, the 38-year-old former mayor of South Bend, Indiana, also embraced an optimistic tone as he courted Iowa voters in recent days, casting himself as best positioned to take down Trump and to unify the nation afterward.

"In this most divided moment, there is more unity than you would think," Buttigieg declared Sunday in Pella, Iowa. "Not that any two people would agree on everything. But we can agree on where we need to head in this country. We can agree on the problems that need to be solved. We can agree to come together to solve them."

Sanders did not face voters on Tuesday, forced instead to join Warren and the rest of his Senate colleagues on Capitol Hill for the first day of Trump's Senate impeachment trial.

Sanders' chief strategist Jeff Weaver said that unity would also serve as a core plank in his message heading into Iowa, although with 13 days to go before voting begins, he warned that it was too soon to declare a definitive closing message. Sanders has not shied away from attacking his Democratic rivals, particularly Biden, on issues like trade, health care and foreign policy.

"In terms of the caucus, we're still a long ways away," Weaver said. "Things can change even in the final days."

Indeed, Sanders is trudging toward caucus day through conflicts with several Democratic critics. He has long insisted that he does not engage in personal attacks, but Sanders was forced to apologize Monday for an opinion article penned by a key supporter and promoted by his campaign that described Biden as corrupt.

"It is absolutely not my view that Joe is corrupt in any way. And I'm sorry that that op-ed appeared," Sanders told CBS.

Democratic strategist Jesse Ferguson, a former Clinton campaign aide, described "vigorous debate over the issues" as a healthy and helpful part of the primary process that can be used to energize the Democratic Party's diverse coalition.

"What can do damage," Ferguson said, "is when you're making real character attacks rather than policy attacks — things that will linger into the general election and play into Trump's message."

Ferguson's fears were playing out at a Biden campaign event Tuesday in Ames, Iowa, where 70-year-old Democrat Linda Lettow said she was worried about her party's unity heading into November. Yet she agreed with Clinton's criticism of Sanders, calling the Vermont senator the biggest threat to party cohesion and blaming him for not working hard enough to help Clinton in 2016.

"Why would she like him?" Lettow said of the independent senator. "He's not even an actual Democrat."

Connecticut setting up 'hospitals in a box' to grow capacity