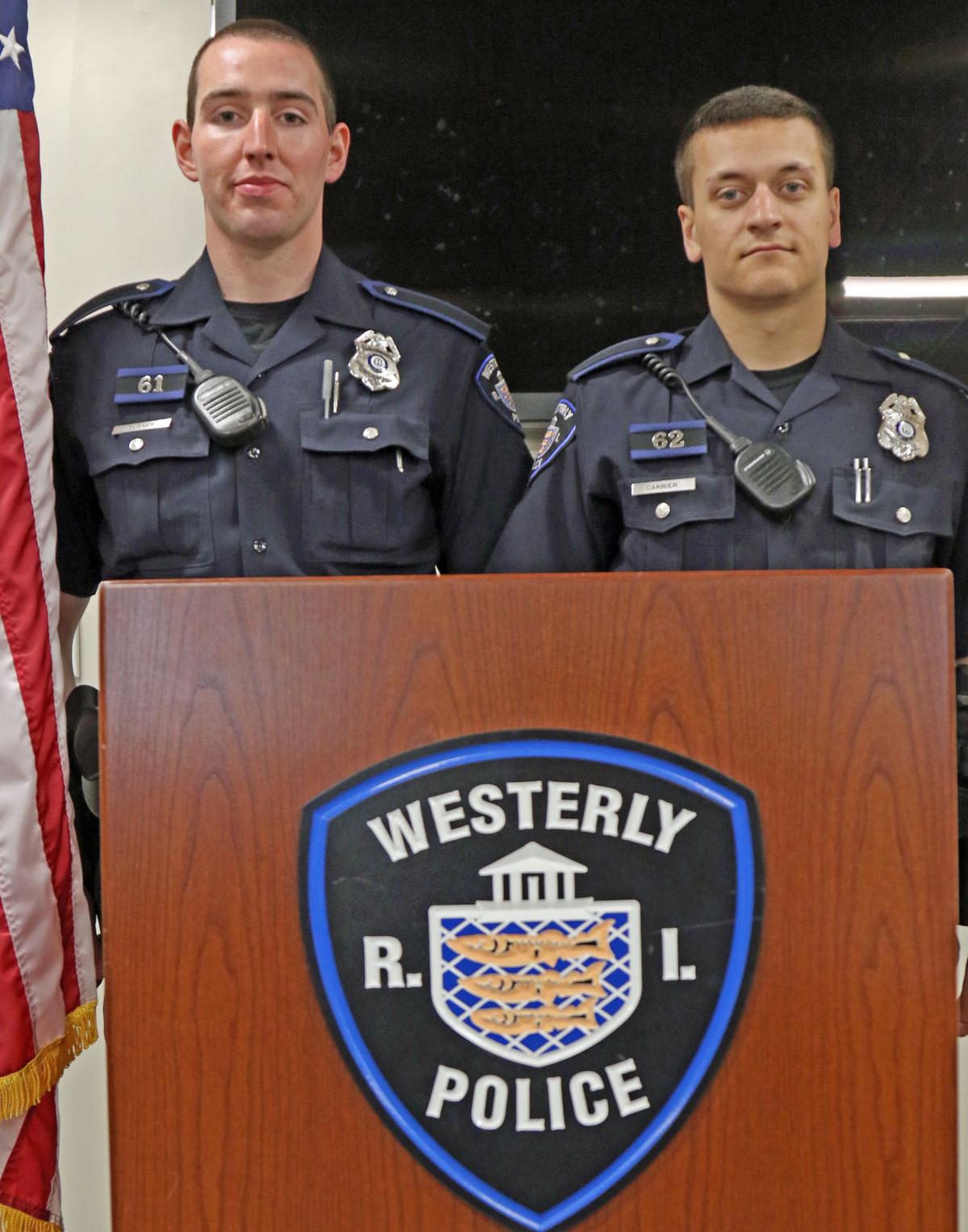 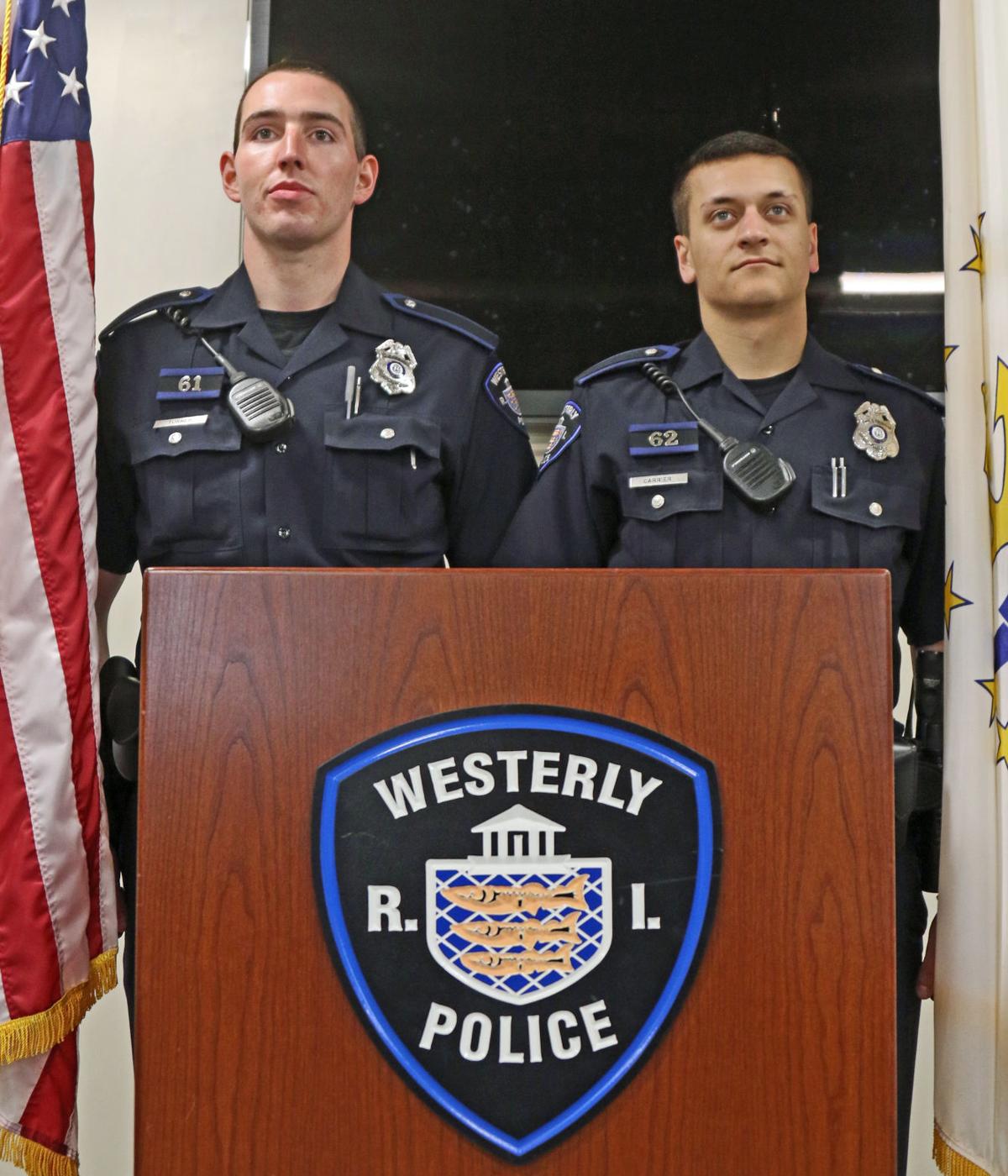 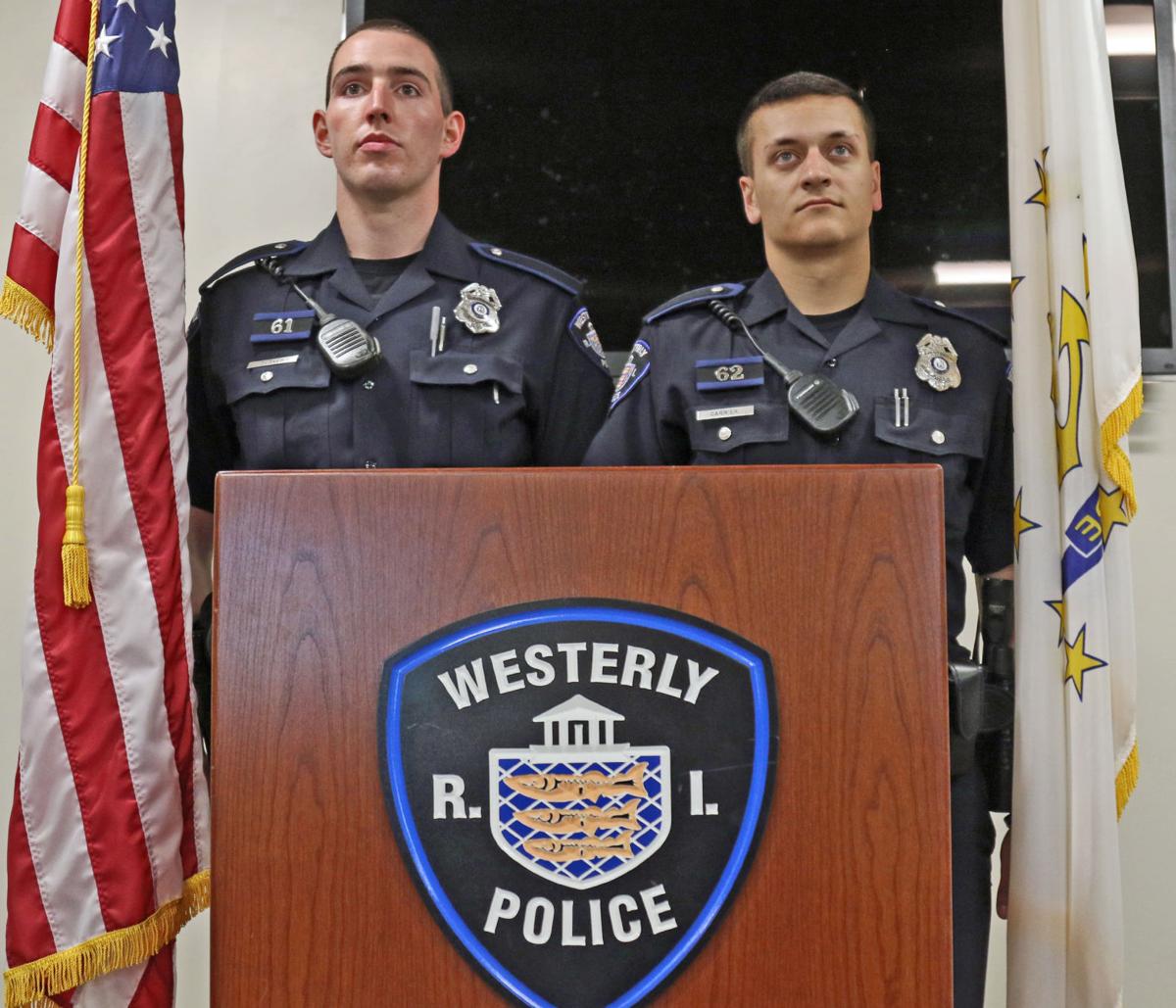 The three newest members of the department were slated to graduate on Friday from the 134th class of the Rhode Island Municipal Training Academy, a class that began as one of the larger groups in recent history. As it turned out, a traditional graduation, or even training program, just wasn't in the cards for the town's rookie officers.

That hasn't stopped them from hitting the ground running.

"It was definitely not what we expected. It was an interesting learning experience, and not only for us but for our instructors as well. No one had been through anything like this before," said Carrier, 22. "We had to learn on the fly and as things began to change, we kind of just needed to go with it."

Fernandes, Turner and Carrier were part of a class that began in late January and included approximately 60 recruits. They met new friends, began to bond with their classmates and had just began to form a team bond when the COVID-19 crisis struck the region.

As a result, the three were sent home along with every other recruit and instructor as a result of the COVID-19 crisis, not knowing what was going to come next. They then returned for four weeks of intensive, small group training before graduating during a small and abbreviated ceremony on

With a need for able bodies given the circumstances of the virus response, Lacey said all three were sworn in the same day they completed academy training, April 24, with Carrier taking on his first shift the very next evening.

"We got the call around 1 p.m. and immediately went down, picked them up and took them over to town hall," Lacey said. "By 2 p.m., I was standing with the three recruits in the foyer area while (Town Clerk) Donna Giordano administered their oath."

Lacey said Thursday that while all three will still need to complete approximately 8 more weeks of supervised field training program before being allowed to serve on their own, each has maintained a positive attitude and brought energy and enthusiasm to the department during a very challenging period in the country's history.

And for those officers, all three said they are motivated by the opportunity to serve their community.

The three men were selected late last year for hire as the Westerly Police Department sought to expand its ranks following several retirements. Fernandes, Turner and Carrier scored as the top three in that order and after background checks, Lacey said they were offered a chance to join the agency.

Fernandes, 30, is a former officer with the Amtrak Police Department who transitioned to public service after 4½ years on the job. A 2008 graduate of Davis High School in Lincoln, Fernandes went on to receive an associate's degree in law enforcement from the Community College of Rhode Island in 2011. He currently lives in Westerly with his fiancée, Mary Lake.

In his time with Amtrrak, which Fernandes said he appreciated and enjoyed, he got to know several members of the Westerly Police Department and found them to be welcoming partners. After several discussions, he said officers encouraged him to apply.

"It's a bit of a transition for me, but it was something that I wanted to do," said Fernandes, who also joked that the jobs are the same and different at the same time. "Before it was more about protecting customers and working with law on federal property. This is a chance to work directly with my community and to make a difference in the town where I live."

Turner, 27, was raised in North Kingstown where he lives with his girlfriend Gabby Chimento, who he said has been his biggest supporter through his two-year effort to become an officer. A 2010 graduate of North Kingstown High School, Turner has a bachelor's degree from the University of Rhode Island in nutrition and dietetics with a minor in kinesiology.

The new role will be a bit of a transition for Turner, who had worked as a personal trainer prior to deciding he wanted to work in law enforcement.

"I enjoyed interacting with the public, but I wanted something that would allow me to more directly help people," Turner said. "Whether it is working with kids, helping those in need or just responding to calls and keeping people safe, that's what I am most looking forward to."

Carrier, of Hope Valley, is the youngest of the recruits but is also no stranger to law enforcement. The son of Hopkinton Police Capt. Mark Carrier, he said he first became interested in law enforcement at a young age, especially when his father, who was a Westerly K-9 officer at the time, brought home K-9 Benn, who lived with the family after his retirement.

Carrier said his father and mother, Melissa Carrier, never pushed him to be an officer but supported him when he decided that was what he wanted to do.

"It was always at the back of my mind, but when I was able to do an internship in high school, I knew this was wanted I wanted to be," he said.

A 2015 graduate of Chariho High School, Carrier has an associate's degree in criminal science from the Community College of Rhode Island. Carrier is a nephew of Lacey, who is married to the sister of Melissa Carrier and police confirmed that he had tested several times before scoring high enough to be offered an opportunity.

"He is young for an officer, so it is very common for them at that age. He was selected using the same hiring process we've always used," Lacey said.

Lacey said they will complete their field training program, then will serve alone as part of an 18-week probationary period before they are formally considered full-time patrol officers. He said he is confident each has the skills to succeed.

All three said this week that early in their career, the goal remains to keep learning. Each said they are focused on fine tuning techniques, learning about the community and gaining the experience to better serve the town.

"I am grateful; I think we are all grateful for the opportunity we have here," Turner said. "This is a smaller department in such a tight-knit town. It will give us a chance to learn and grow, and to form a closer relationship with our community."