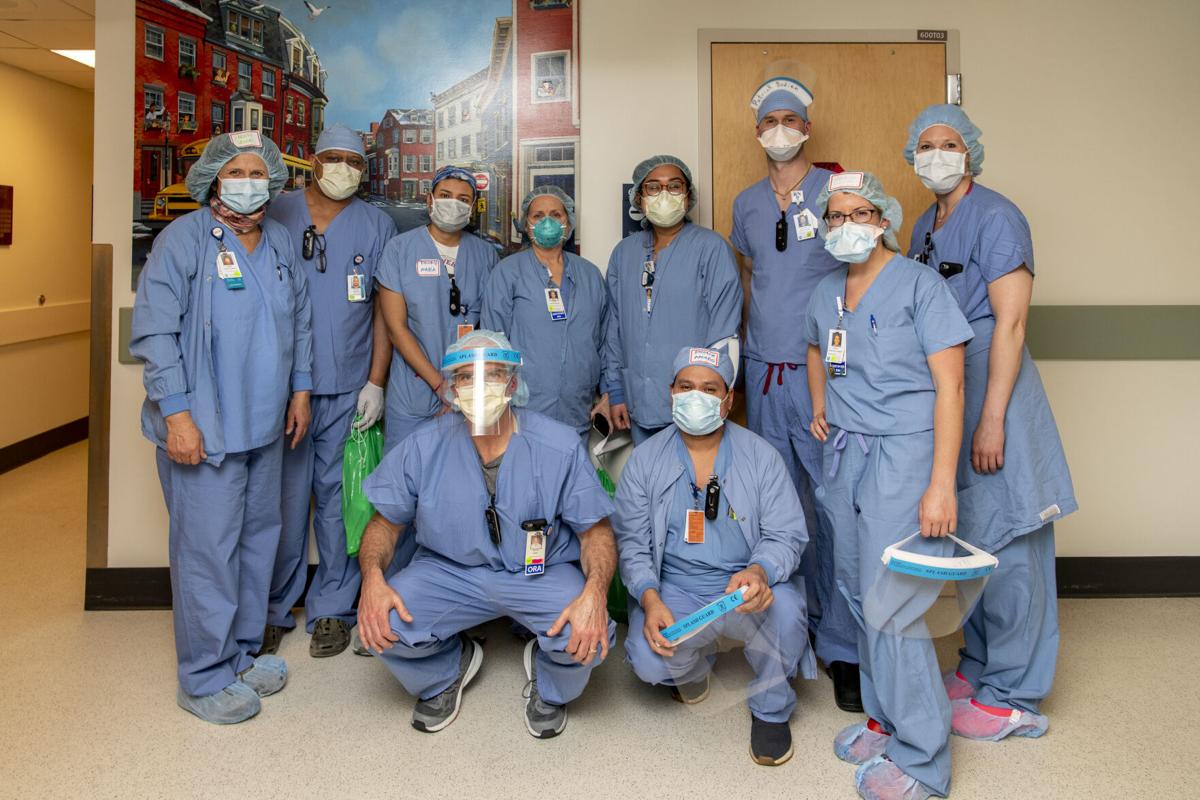 Karen Miguel, far left, and members of the Proning Training Team for COVID-19.

Karen Miguel, right, with members of a proning team. 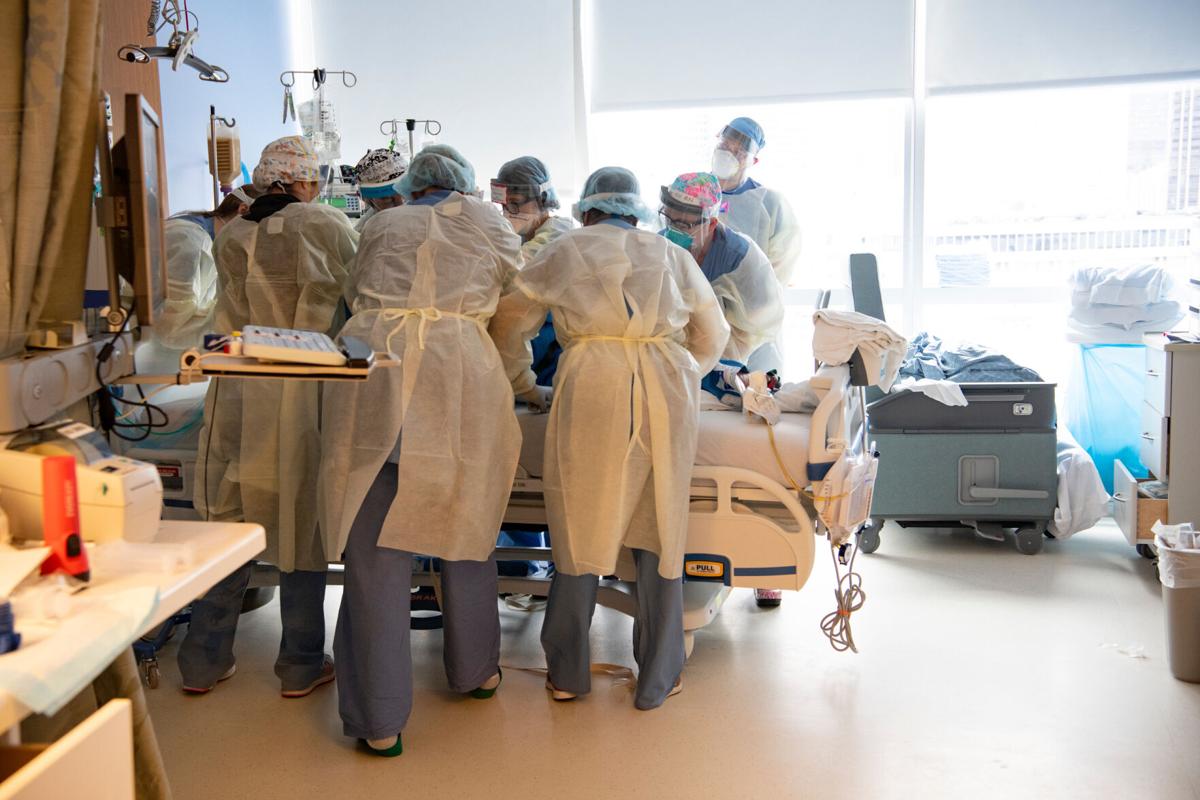 A proning team prepares to work with a COVID-19 patient at Mass General Hospital in April. 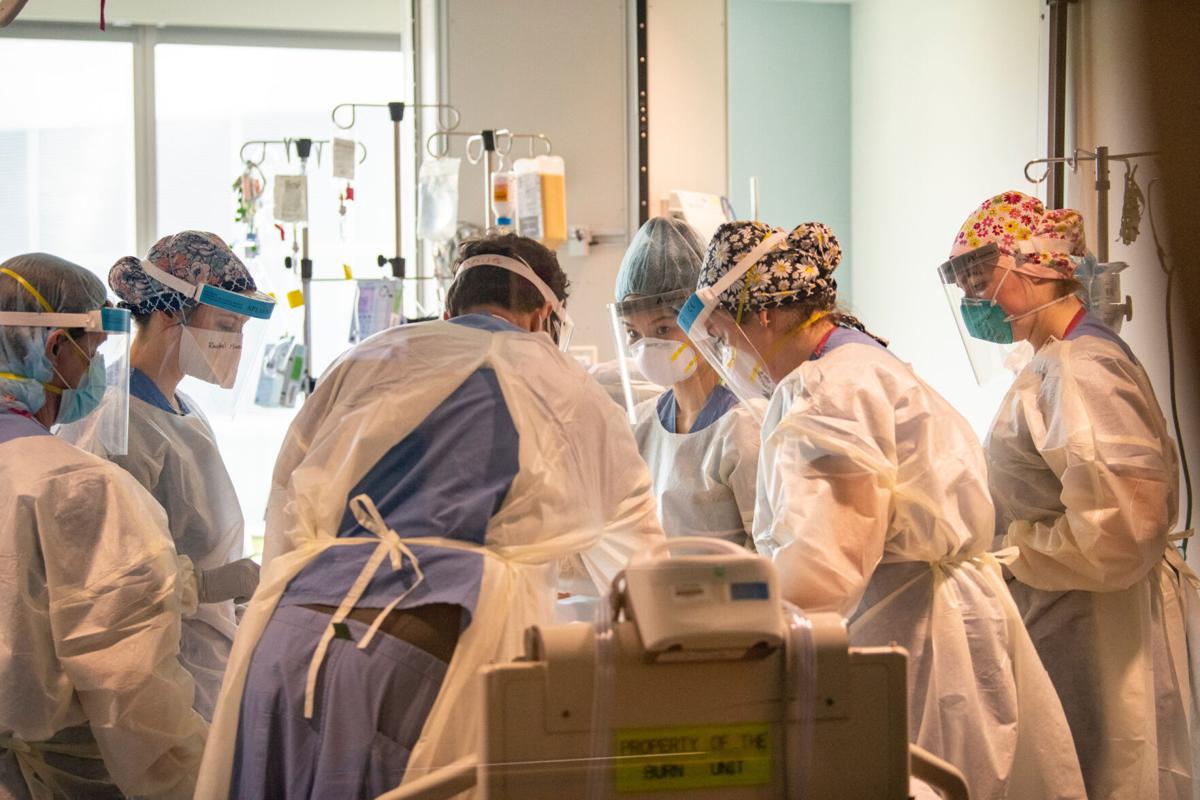 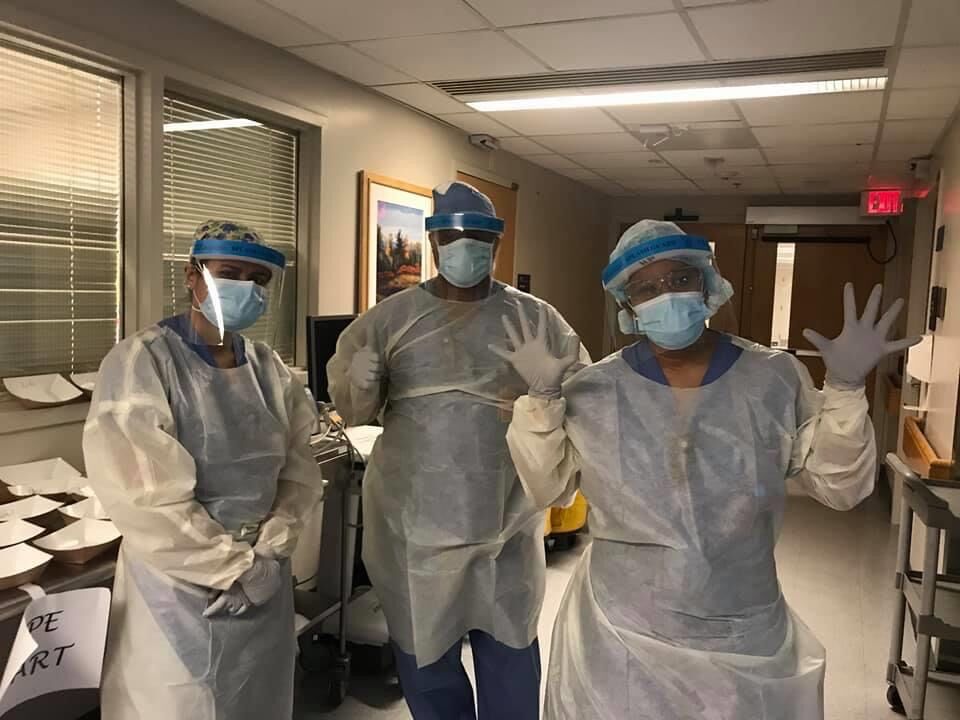 Karen Miguel, far left, and members of the Proning Training Team for COVID-19.

Karen Miguel, right, with members of a proning team.

A proning team prepares to work with a COVID-19 patient at Mass General Hospital in April.

WESTERLY — Westerly native Karen Miguel has been working on the front lines of the coronavirus pandemic since before the deadly disease even hit the shores of this country.

Miguel and her team at the Massachusetts General Hospital Patient Care Services were carefully monitoring the rapid spread of the coronavirus as it made its way across Asia and into Europe earlier this spring and knew they had to prepare.

"We knew the surge was coming," said Miguel, a registered nurse in the Nursing and Patient Care Services' Office of Quality and Safety. And they knew they had to act fast.

"We watched the trends and the numbers," she said, "and we knew we had to work hard to flatten the curve."

Knowing Boston was about two weeks behind New York, they kept close tabs on that city as they transformed Mass General from a 1,000-bed hospital with seven intensive-care units to one with 11 ICUs and a recovery area.

One of the interesting things they noticed as they analyzed the data was that patients with COVID-19 who were "proned" had a much higher chance of survival than patients who stayed on their backs.

Proning, a method that improves oxygenation in patients by turning them onto their bellies and then turning them back, was saving lives.

Miguel, the daughter of Ed and Gerry Miguel of Westerly, said that studies published in the New England Journal of Medicine showed that patients suffering from Acute Respiratory Distress Syndrome (ARDS) — the syndrome which affects COVID-19 patients — had a much higher survival rate.

When her supervisor tasked her with taking the lead on a "proning team" for Mass General, Miguel sprang into action and quickly created the hospital's Interdisciplnary Proning Team, which trained more than 80 staff members in just three days.

Miguel is featured in the first frame of a video created by the Johnson & Johnson company that was created to pay tribute to nurses and healthcare workers.

"To nurses on the front line," the video begins, "your passion, courage and perseverance to develop innovative solutions in the middle of the COVID crisis inspires us all."

"Nurses change lives, and that changes everything," the video concludes.

"It was an honor to be chosen," said Miguel, who graduated from Westerly High School in 1979 before going on to Salve Regina for her bachelor of science degree in nursing and Cambridge College for a master's degree in health care management. "And it was impressive how we all came together."

Proning requires teamwork, many hands, many eyes, much care and much patience, Miguel said, with everyone working in tandem.

"It's pretty complicated," she said, noting that teams include respiratory therapists, physical therapists, operating room nurses and staff nurses who worked in teams of four.

There are wires and tubes and ventilators to be removed and replaced, Miguel said, and the process must be done quickly.

"The cool part is that a lot of it was happening in real time," she said. "We improved with every turn. We aimed for safety and consistency."

If something didn't quite work, they'd change it for the next time.

"It was a learn-as-you-go," education in proning, Miguel said. "It was like learning to fly a plan while in flight."

"We created a lot of pop-up teams," she said. "We set them up with options, teams that were on watch 24/7." The pop-up teams would always be ready to turn patients if the need arose.

As she looks back at the past few months, now that things are settling down and the curve seems to have flattened, Miguel can see what "an emotional roller coaster" the experience has been.

"The coolest part was the camaraderie from working together, she said. "We had each other's backs."

"But we lost a lot of patients," she said softly.

Miguel, whose sister, Jennifer Fusco, and brother, David, both live in Westerly, sings the praises of the staff at Mass General.

"I can't say enough about the profession of nursing," she said. "I'm happy to be able to shed a light on nursing and the nursing profession."

"And the respiratory therapists," she said,  "They are the backbone of the entire proning process. I tip my hat to them."

Now that the emergency aspect of the pandemic seems to be abating, and her team is "cautiously watching" as cities in the Northeast slowly open up, Miguel said she hopes people will be smart. Wearing masks and social distancing remain crucial to making sure the curve stays flattened, she said.

Miguel, who lives just north of Boston in the city of Melrose, said she was inspired to become a nurse thanks to her mother as well as her aunt, the late Mary Cozzolino Fiore Evans, both of whom had careers as nurses.

"It seemed like the right thing to do," said Miguel who remembers sitting and listening to the sisters swap stories when she was a youngster.

As exhausting as the last few months have been for Miguel, she said she was buoyed by the love and support of her whole family.

"Especially my mom was such a source of support for me during these past months," she said in an email exchange Saturday morning. "She has sent an inspirational text message every single day by 7 a.m. since we started the team! Love her!"

Miguel's mom, Gerry, said she and her husband couldn't be more proud of their daughter and her work.

"In a way she's a hero," said Gerry, who was a nurse at Westerly Hospital for 42 years. "It's just wonderful that she's able to minister to these people who are so sick with the virus. She has a great team."

"We are so proud of her," said Miguel's sister, Jennifer, the executive director of the Westerly Land Trust. "She is implementing something that is saving lives."