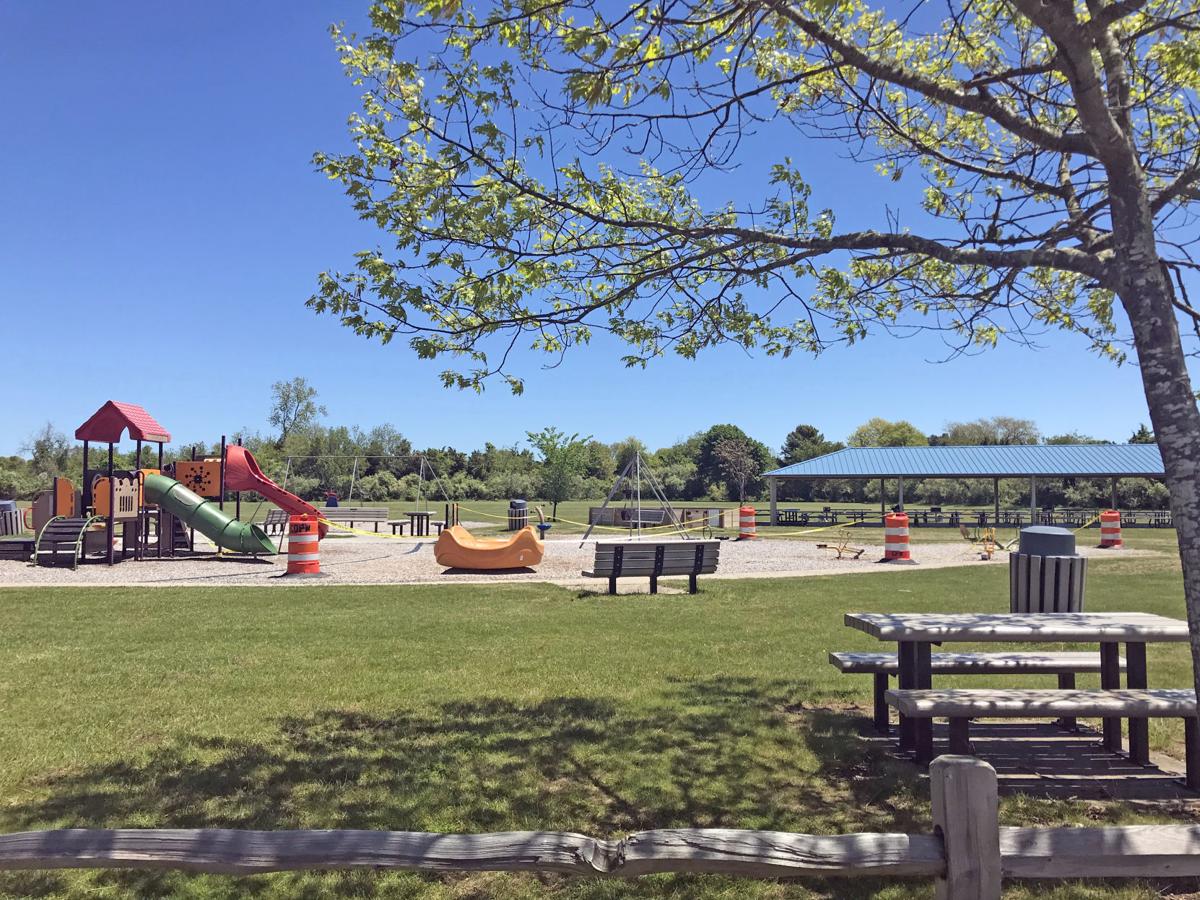 Ninigret Park in Charlestown is usually the site of summer camp water activities. This year, however, Charlestown has joined Hopkinton and Richmond, canceling camp due to coronavirus restrictions. Cynthia Drummond, The Westerly Sun 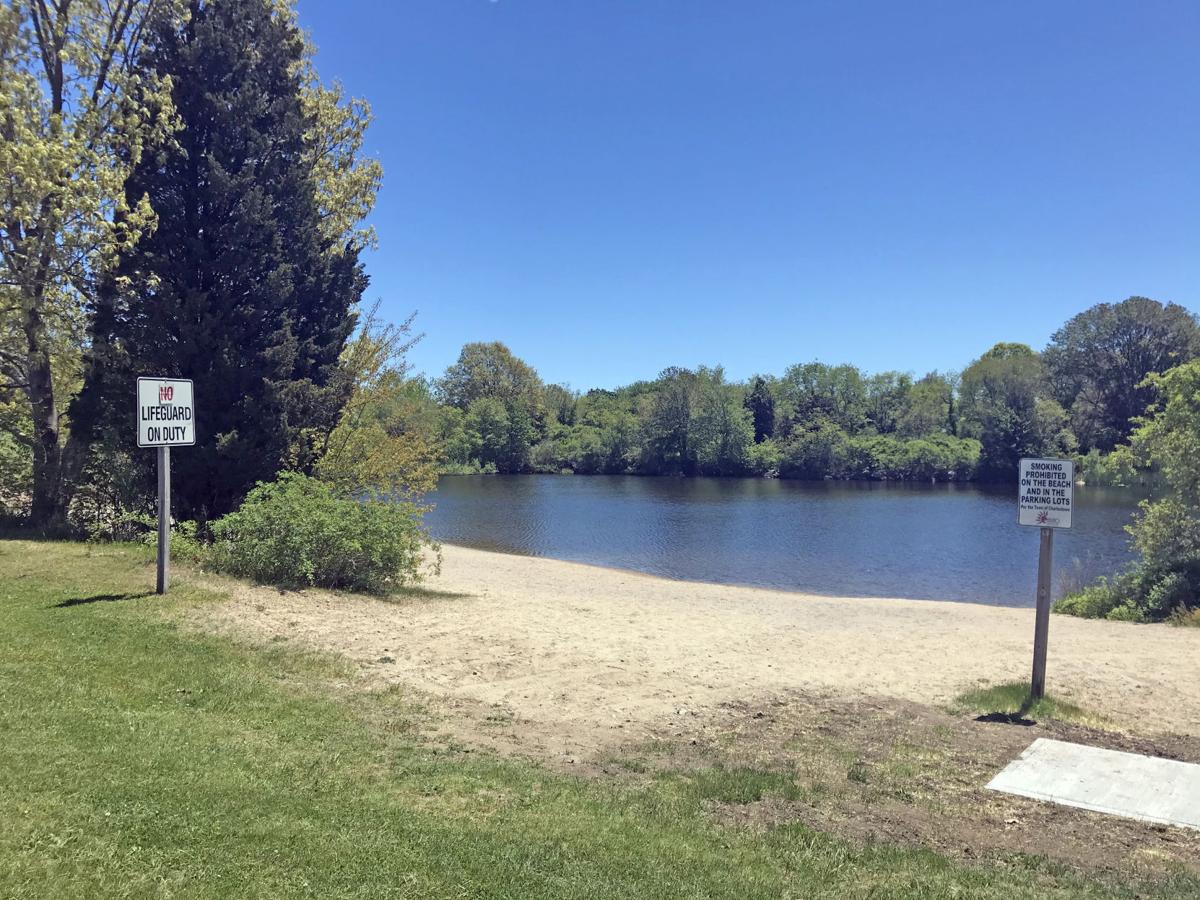 Little Nini Pond at Ninigret Park in Charlestown is usually the site of summer camp water activities. This year, however, Charlestown has joined Hopkinton and Richmond, canceling camp due to coronavirus restrictions. Cynthia Drummond, The Westerly Sun

Ninigret Park in Charlestown is usually the site of summer camp water activities. This year, however, Charlestown has joined Hopkinton and Richmond, canceling camp due to coronavirus restrictions. Cynthia Drummond, The Westerly Sun

Little Nini Pond at Ninigret Park in Charlestown is usually the site of summer camp water activities. This year, however, Charlestown has joined Hopkinton and Richmond, canceling camp due to coronavirus restrictions. Cynthia Drummond, The Westerly Sun

RICHMOND — Another summer tradition, summer day camp, has fallen victim to the coronavirus. Richmond was the first of the three Chariho towns to announce that there would be no town-run summer camp this year.

Town Administrator Karen Pinch said the decision was made at a recent Town Council meeting, "After hearing the governor’s recommendations and guidelines for summer camps and realizing that logistically, it was going to be very difficult to adhere to the guidelines that she put forward.”

Issued on May 21, the guidelines are part of Phase II of Gov. Gina Raimondo’s protocol for reopening Rhode Island, following the COVID-19 shutdowns.

The guidelines pertaining to camps include limits of 15 people per group, including staff, and the requirement that groups be stable, meaning that members of a group remain in that group for the duration of the camp. In addition, groups must maintain a distance of 14 feet from each other. There are more restrictions, including physical barriers, for activities held indoors.

Pinch said the regulations for stable groups would have made it impossible for the town’s recreation director and camp director, Sally Lambert, to oversee the counselors, many of whom are young and require supervision. The camp usually hosts about 80 children.

“This person is solely responsible for this group of kids at all times,” Pinch said. “Sally basically can’t be jumping between groups and overseeing, because she’s got to be attached to one group. So that changes the dynamic in terms of who you have to hire. We’d have to hire more older people than we have in the past, so obviously, that has a financial implication.”

About a week after Richmond's announcement, Charlestown and Hopkinton announced their own camps would also be canceled.

Hopkinton’s camp takes place at Crandall Field and welcomes about 45 children. Town Manager William McGarry said the town would determine whether some specialized programs might be offered later this summer, but for now, camp would not take place.

“This decision was made after thorough consultation and deliberation with town and state officials, and our program leadership team,” he said. “Based upon updated protocols, we will make determinations on what programs we may be able to offer at a later time, as the information becomes available.”

Hopkinton Recreation Director Mary Sawyer said the stringent guidelines would have made running the camp next to impossible.

“Considering all of the regulations, the guidelines, the restrictions, we do not think that we could meet all those guidelines and restrictions while providing a fun and well-balanced camp for the children this summer at Crandall Field,” she said.

In Charlestown, where Camp Ninigret at Ninigret Park draws about 150 children, distancing requirements would have made it especially difficult to accommodate the children on rainy days. Town Administrator Mark Stankiewicz said the camp, had it been held, would have been much smaller.

“We normally do at least 150 and it would be half of what we normally do,” he said. “We don’t have a place for them to go when it’s raining, inclement weather. We don’t have a lot of places, and so if we have to keep them separate and distinct, that’s one of the big problems.”

The towns also relied on field trips to make their camps more educational and fun, but all field trips have been canceled. Sawyer said she was sorry there wouldn’t be a camp this year.

“It makes me sad, but we are in a very unprecedented, strange time and we have to do what’s right and we have to wait a little longer,” Sawyer said. “We could have another spike, the governor could change things, and then we’d have to break it all down again, so we’re going to sit tight for July and see how things go.”

PHOTOS: Hold your horses! The Watch Hill carousel is open.

Tower Street School building gets a reprieve; School Department to have access till end of August