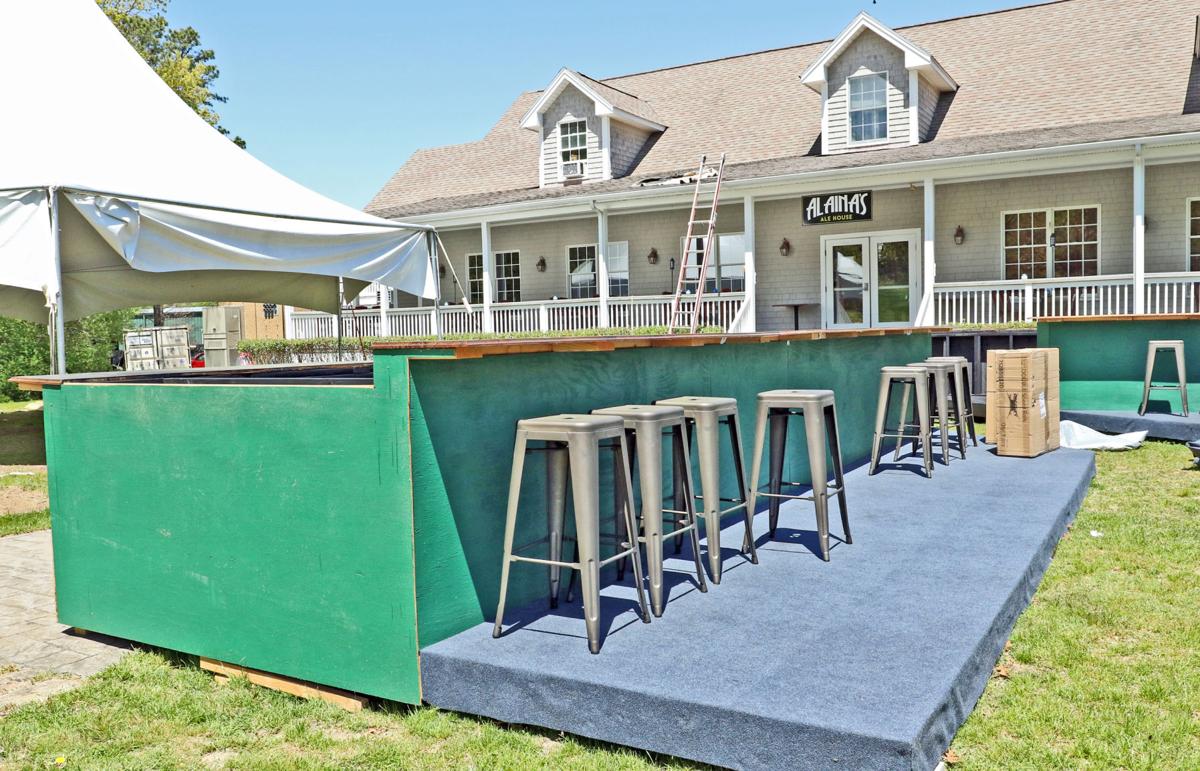 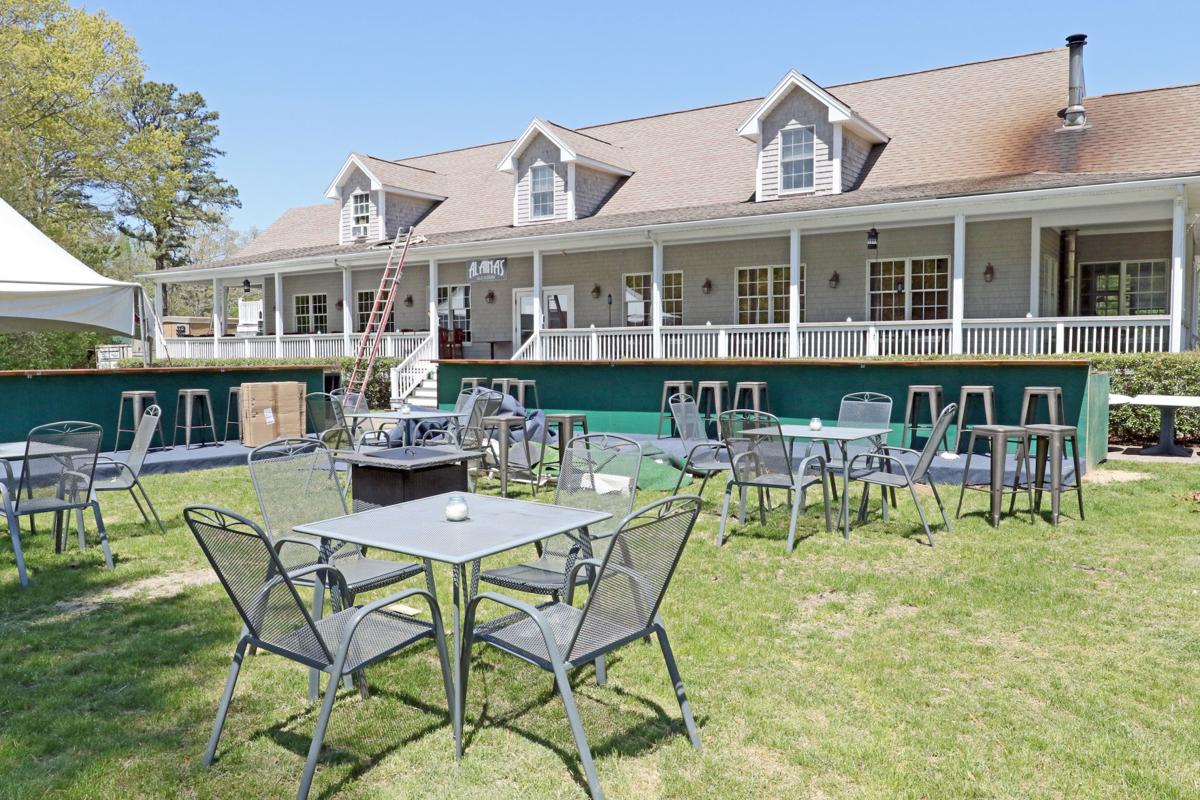 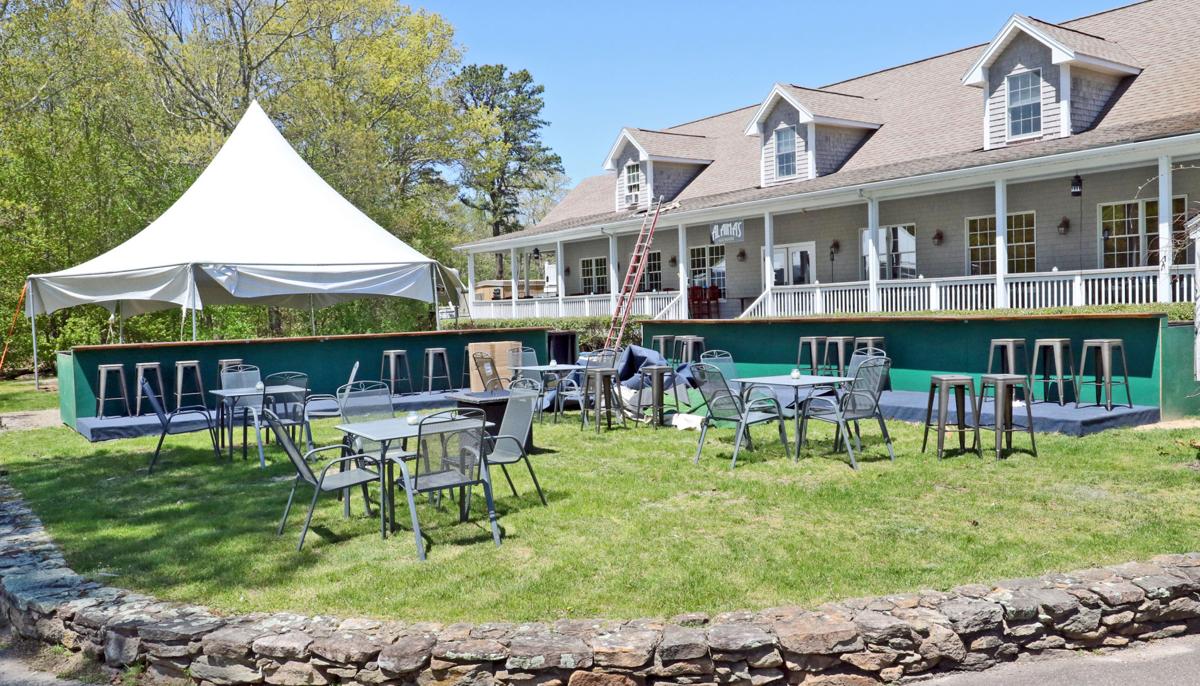 CHARLESTOWN — With Memorial Day just around the corner, Heather Paliotta was sounding tired.

Paliotta, the Charlestown Chamber of Commerce’s Executive Director, said earlier this week that coronavirus restrictions had forced the cancellation of the Memorial Day parade as well as all the other large, summertime events the town is known for.

“Honestly, I haven’t heard anybody’s doing great in Charlestown,” she said. “When you think about it, all mine [chamber members] are small businesses, and the retail ones couldn’t open until just recently. The library can’t be open … we’re all trying to get through this. It’s just, what a tough time. I’m so over it.”

Chamber Director Craig Marr, who owns the normally bustling Breachway Grill on Charlestown Beach Road, has been offering curbside service since March 17, when restaurants throughout the state were ordered to close. When Gov. Gina Raimondo recently announced that restaurants would be able to start offering outdoor dining beginning Monday, Marr was ready, and opened his patio on Tuesday.

“We have about half-capacity on the patio,” he said. “It’s based on the space between tables, so right now, we have about five tables set up out there. You can have a maximum of five per table, so in theory, we could have 25 people, although I don’t know whether we ever will at one time, because it’s by reservation only and they’re set times ….

"So last night, we opened, we had about, I would say, 15 guests throughout the night, and then we still are doing the takeout.”

Marr has kept his chefs but has had to lay off about 15 bartenders and waitstaff. Even with takeout and, now, outdoor dining, his business is still so restricted that he is not expecting to make a profit this year.

“Will we able survive? Hopefully,” he said. “Will be able to salvage the season? Absolutely not. I mean, the season’s already started, in theory. Memorial Day weekend is the kickoff and that’s going to be a total bust. We don’t have anything until the next phase, June 11, and we don’t know what that’s going to look like.

"We make 40% of our annual revenue in July and August, and there’s no way we can even come close to that, so if I can pay my staff  and pay my fixed overhead, that’s a victory. I won’t be able to take any money out myself this year.”

At Ma and Pa’s Country Store in Hope Valley, Christian Walsh said the grocery store and delicatessen had been busy with a steady stream of curbside pickup orders. The public is not allowed inside the small store. Instead, people call in their orders and when they arrive, they call the number on a sign posted at the front of the store and an employee brings out the food.

The only issues, Walsh said, have been uncertain supplies and rising prices.

“We’re having a little bit of trouble getting stuff in,” he said. “We’re contacting a few different companies so they’ve been coming with stuff, but sometimes, it takes a couple of extra days for us to get the products we want. The prices just keep going up and up for us, and then in turn, for everyone else. “

“It’s nice,” co-owner Ryan Moran said. “It’s starting at a pace that’s perfect for getting accustomed to the new way of doing things, so it’s not a mad dash to come to the restaurant by any means, but just the right amount of people for us to really train the staff on the new steps of service.”

Moran said he had been able to bring back all his staff.

“Whereas the restaurant wasn’t really known for being a takeout type business, we’ve really established ourselves as doing a solid takeout business in the last 10 weeks or so, so now, we’re slowly getting accustomed to having dine-in tickets going in unison with the takeout,” he said.

Troy Boucher, who, with his brother Tim, owns the Wood River Inn in Wyoming, said he opened for takeout five weeks into the shutdown.

"It's just a different animal," he said. "For example for myself, I do own the place, but I'm also a cook and I've been cooking with the guys and you know, with it just being takeout, it just doesn't feel right putting everything in to-go boxes. I don't really know what to compare it to, so I can't say it's not great, but it's not great."

Boucher said he was worried that many restaurants wouldn't survive.

"I'm not here to compete against anybody, we're just here to be friendly and survive with everybody, but I know not all of us are going to survive," he said. "That's the sad part."

Restaurant owners are now awaiting Phase 2 of the governor’s reopening plan, which they hope will allow them to open their dining rooms.

“I don’t expect that the guidance is going to come out about Phase 2 for another week or so, but that’s what we’re really waiting for, to find out what we can do in Phase 2 and what makes sense for us,” Marr said. “I mean, if you can only have 20% capacity, you may as well just stay takeout only, because you can’t staff up for 20% capacity.”