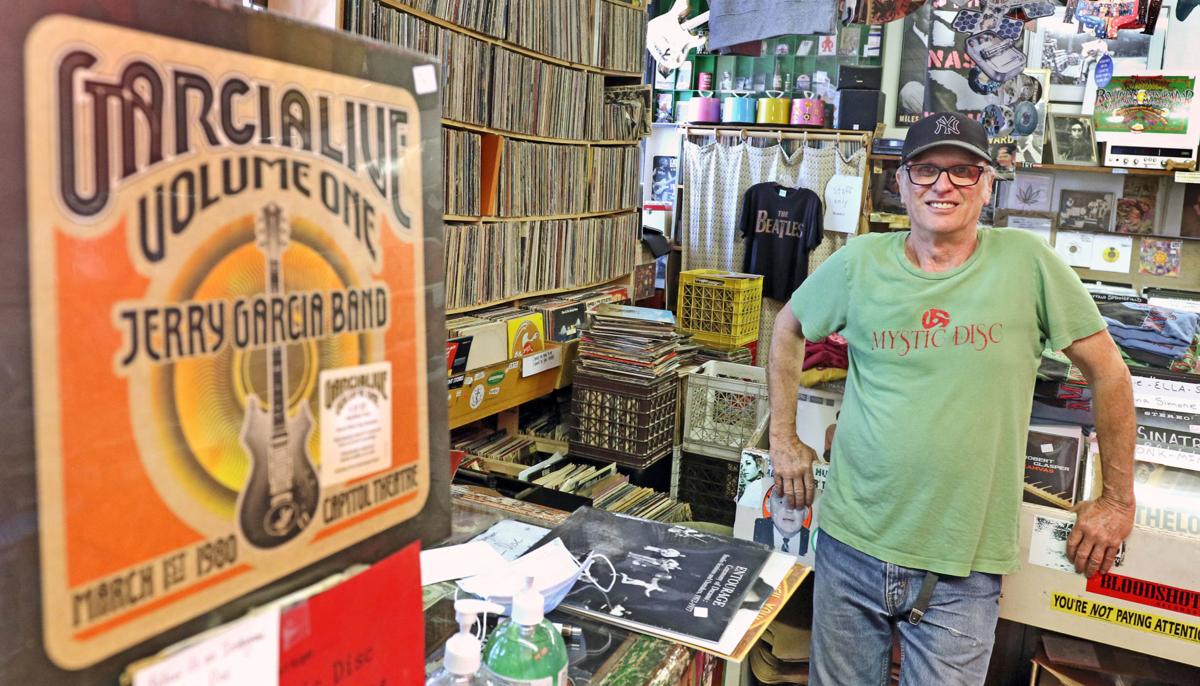 Mystic Disc, owned by Dan Curland, has weathered the coronavirus storm thanks in part to loyal customers and the introduction of a Spotify channel that continued during its pandemic-forced closure. Curland will celebrate his business’ 37th anniversary on July 1. | Harold Hanka, The Westerly Sun 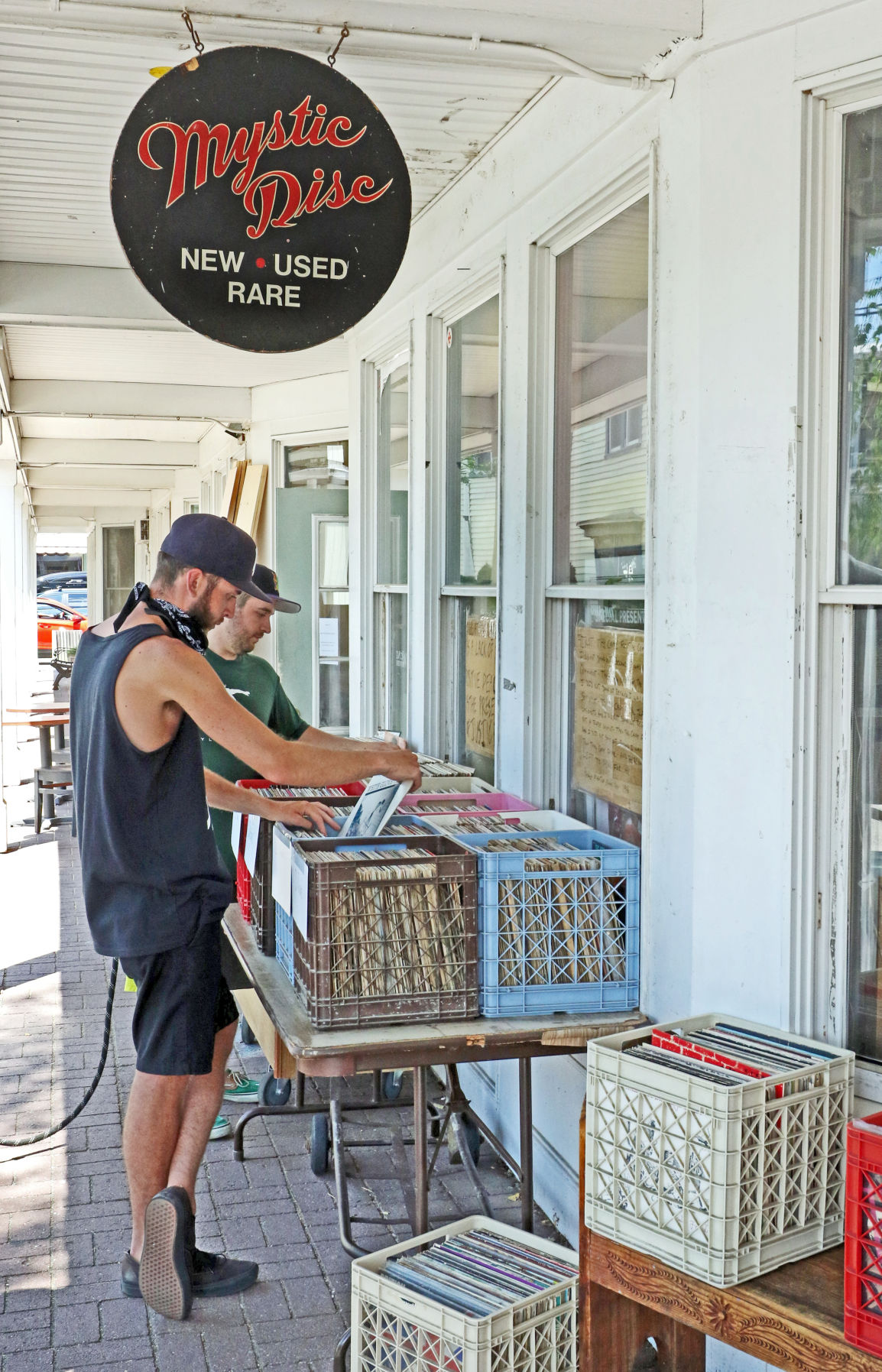 A couple of vinyl fans look through some of the thousands of records for sale Friday at the Mystic Disc. | Harold Hanka, The Westerly Sun 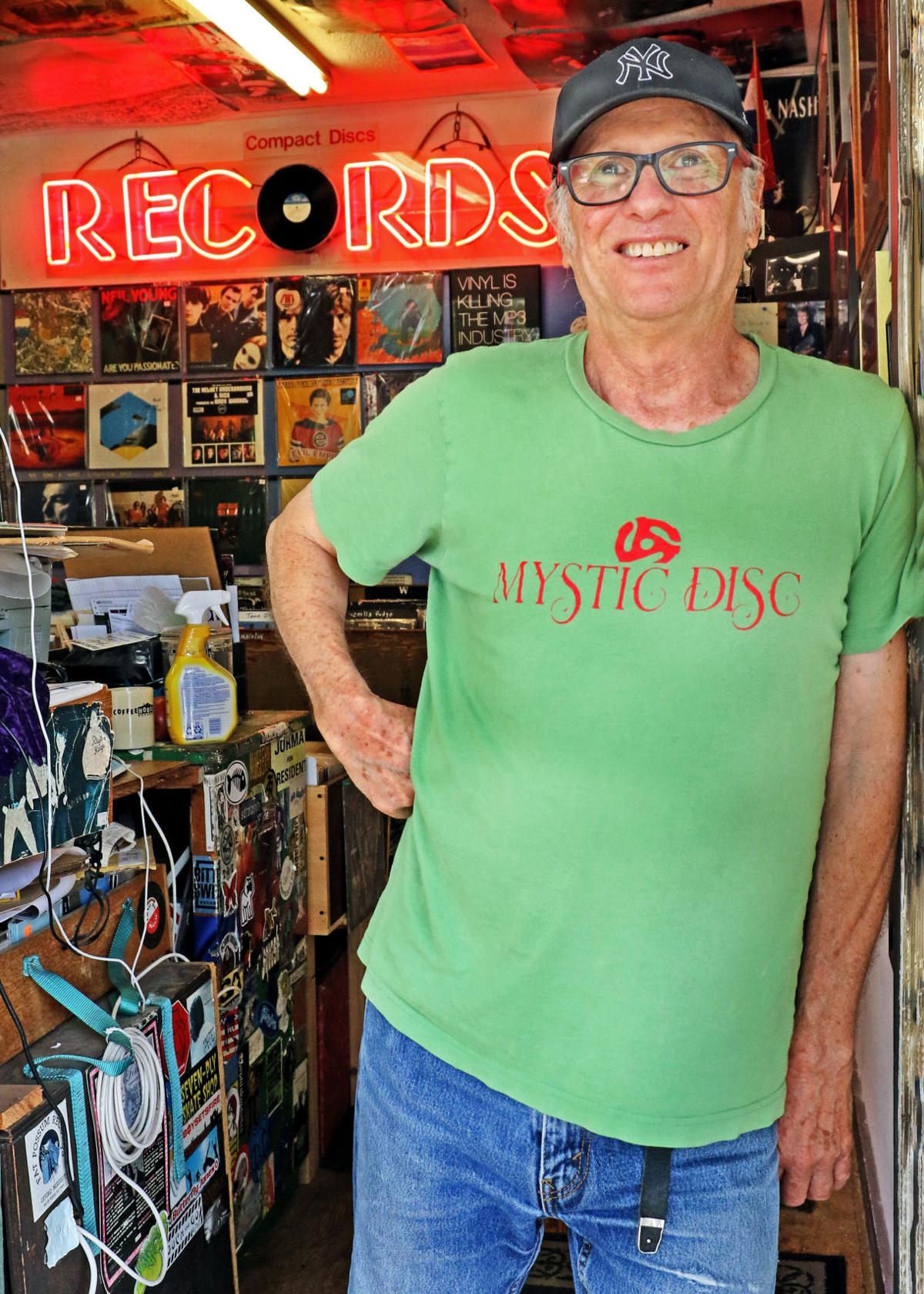 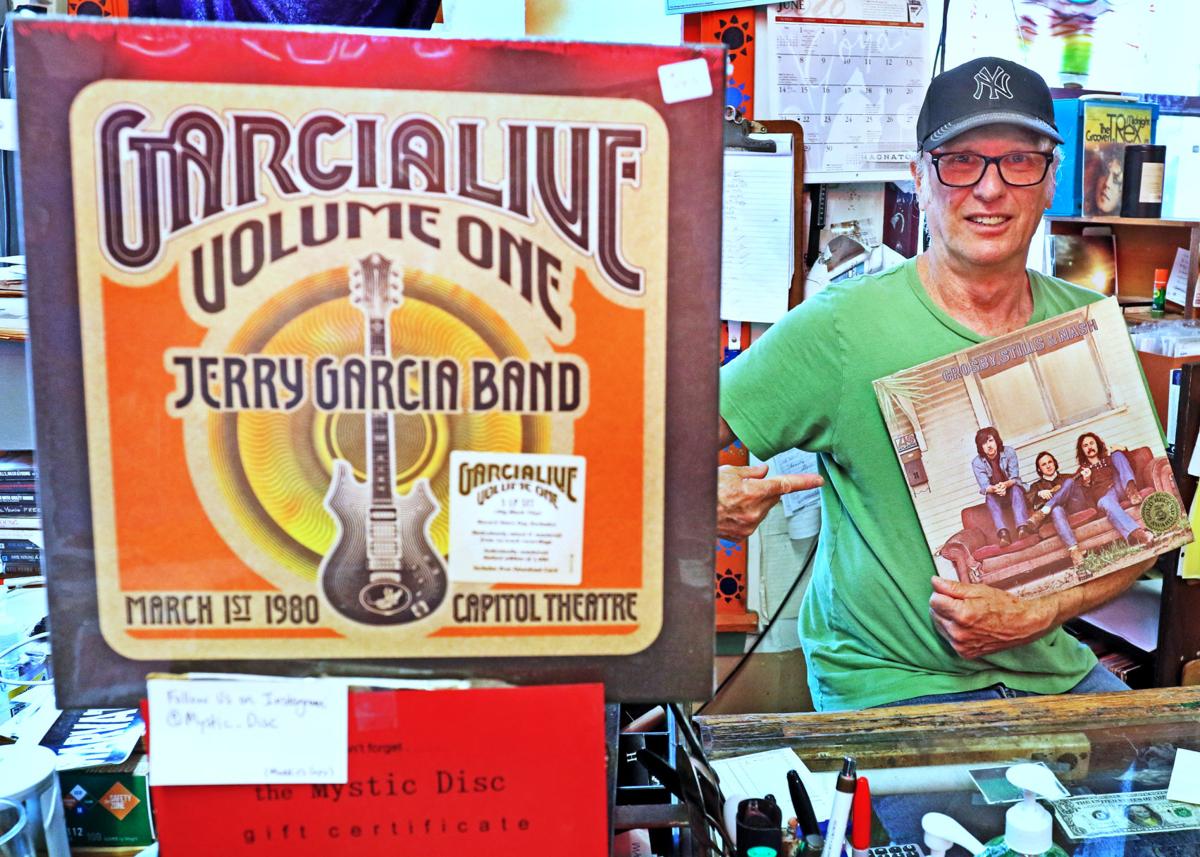 Dan Curland, owner of Mystic Disc, holds a copy of Crosby, Stills and Nash's first album, his favorite album of all-time, in the store on Friday. | Harold Hanka, The Westerly Sun

Mystic Disc, owned by Dan Curland, has weathered the coronavirus storm thanks in part to loyal customers and the introduction of a Spotify channel that continued during its pandemic-forced closure. Curland will celebrate his business’ 37th anniversary on July 1. | Harold Hanka, The Westerly Sun

A couple of vinyl fans look through some of the thousands of records for sale Friday at the Mystic Disc. | Harold Hanka, The Westerly Sun

Dan Curland, owner of Mystic Disc, holds a copy of Crosby, Stills and Nash's first album, his favorite album of all-time, in the store on Friday. | Harold Hanka, The Westerly Sun

MYSTIC — In his 37 years as a record store owner, Dan Curland has seen a wide range of events that have impacted his business.

The owner of Mystic Disc, a small specialty shop along Steamboat Wharf just west of the Mystic River, has made ends meet during challenging weather events such as Hurricane Sandy, survived a downtown streetscape project that he said restricted customer access to his store for months, and has ridden the highs and lows that have come from contemporary events such as the Sandy Hook school shooting, which impacted shopping habits throughout the region.

The impact of the COVID-19 pandemic has been different than any of those, but Curland said this week that the support of friends, employees and loyal customers — who provided income and spread word of his business even while his doors were closed — helped Mystic Disc survive.

"For me, this is the third wave I've had to ride through in my career, and it was difficult because this time around it meant closing for two months without any idea what was going to come next," he said. "I've been lucky, and thanks to some loyal customers and great friends, I'll be just fine."

After nearly four decades as a business owner, Curland said he knew that he was going to have to get creative in order to make ends meet. Unlike other events over the years, the pandemic response forced him to shutter the store for safety reasons in mid-March.

Curland said that while he could have continued to operate the business under Gov. Ned Lamont's initial closing orders — Curland considers music essential, especially during a stressful scenario like a quarantine — he did not feel comfortable taking the risk. So to protect his staff and customers, he made the decision to close his doors and comply with all recommendations from the state.

The store remained closed for eight weeks, reopening again in late May with restrictions that include requiring anyone entering to wear a mask or work with staff when they cannot, requiring customers to respect social distancing, and limiting the number of customers to four.

"As far as I'm concerned, these are not negotiable. It's about safety and making sure everyone stays healthy," he said.

Business has been booming in recent weeks despite the nation's economic landscape, but Curland is the first to admit that surviving the closure meant "getting by with a little help from his friends."

Customers who have known Curland for years, some who travel regularly from areas as far away as Newport and New Haven, reached out and offered to buy gift certificates to help him make ends meet. Others who were seeking something more specific were able to call ahead and meet with Curland to place an order.

"It was never more than one customer at a time, especially during March and April, but I live nearby and was able to use those sales and the gift certificates to make a little something," he said. "We were only taking three or four per week, but that really helped."

But what Curland said helped him to truly hit the ground running when the Connecticut retail restrictions were lifted was the support of staff members who helped to conceptualize and develop a Spotify page that has since become a popular online destination for musicians and music-lovers alike.

The page was a concept that was brought to him by part-time employees Jay Weilminster and Maddie Britto. The two spearheaded the efforts and helped to build several playlists designed to incorporate personal favorites from various musical genres.

The two didn't anticipate just how popular the channel would become or how quickly people would seek to get involved.

Weilminster, a Mystic-area resident who also works at Electric Boat, said Thursday that the goal was simply to do something fun that would help keep the business on people's minds. It only took a few weeks before he said they began to receive requests from a number of customers, musicians and even strangers who wanted to contribute their own playlists to the channel.

"There is just so much good music out there, and this was supposed to be way for us to share that passion for music at a time we couldn't see each other," Weilminster said. "It has been a lot of fun."

The channel, available at https://open.spotify.com/user/iyvemzmnut6qbx4tks65okp5m?si=RKY7TlbZTIOJHWEzHXi8Qw, was never designed to be anything more than a temporary way to connect with customers, but although only a few have followed, it garnered so much positive feedback that Weilminster and Curland said they couldn't justify shutting it down.

The two knew that they wouldn't have the time to keep up with all aspects of the store, the channel and their personal lives so when they received an offer from Michelle Gemma, owner of the Mystic Army Navy Stores LLC, they agreed to let her take it over moving forward.

"She has been great, and she's been supportive of my store for years," Curland said.

Curland also noted that it's been those like Weilminster, Britto and Gemma who have made living and working in Mystic an enjoyable experience over the years.

"It's this type of involvement that has made me proud to be part of this community," he said.