You are the owner of this article.
Edit Article Add New Article
You have permission to edit this article.
Edit
Welcome, Guest
Home
News
Sports
Obits
Opinion
Photos
Classifieds
Things to Do
Special Sections
More
1 of 14 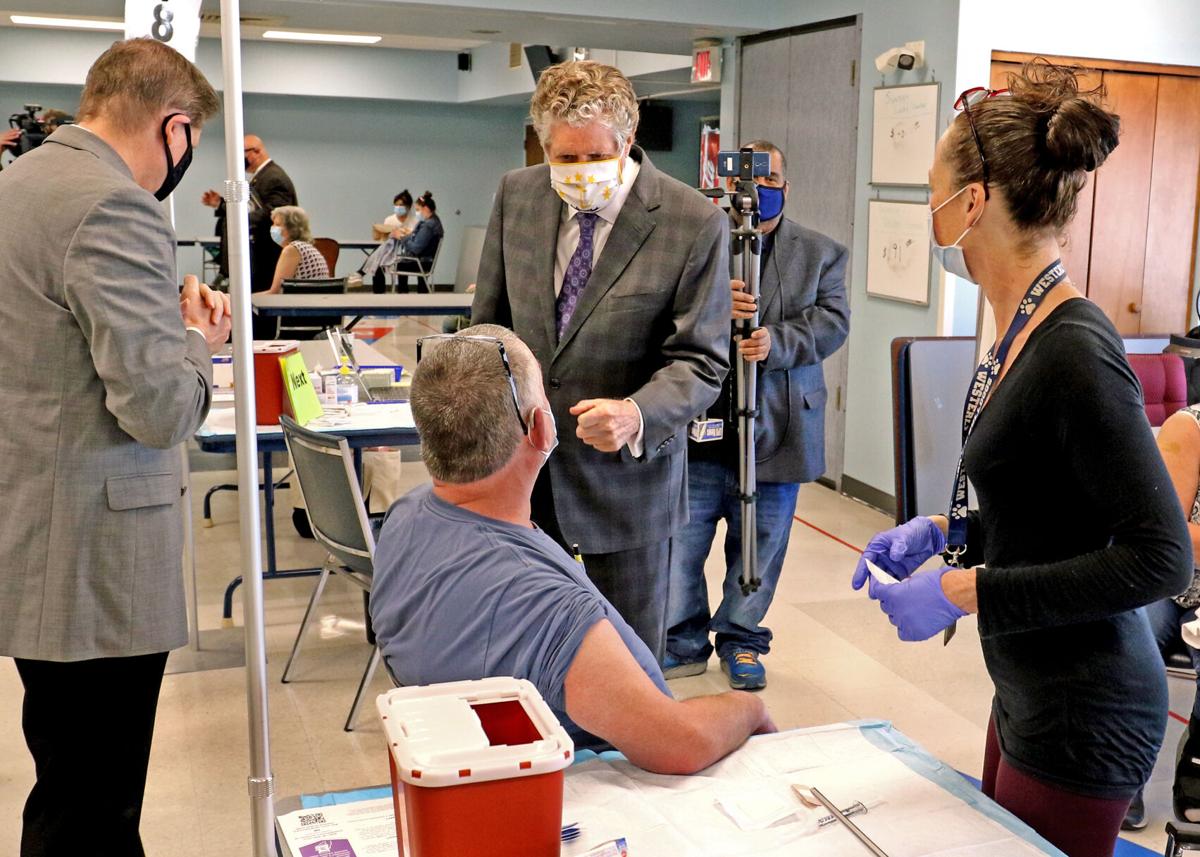 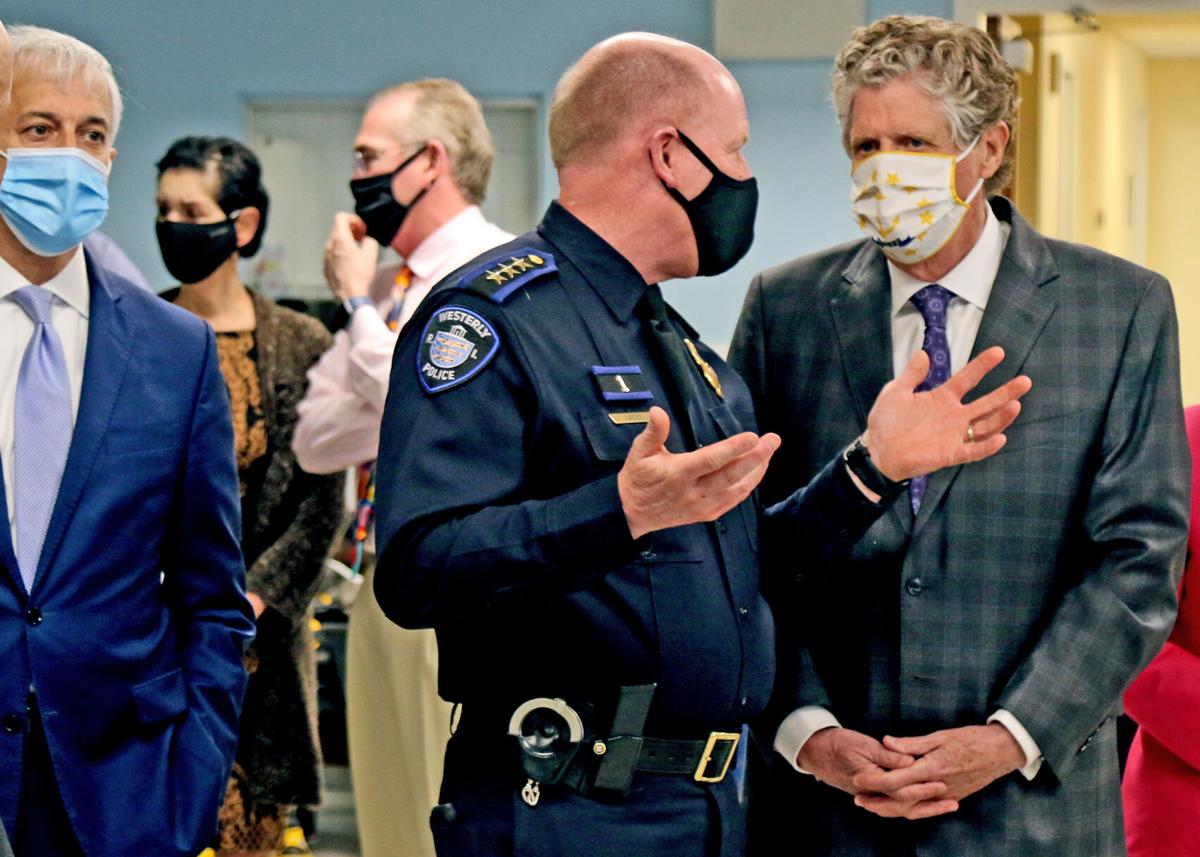 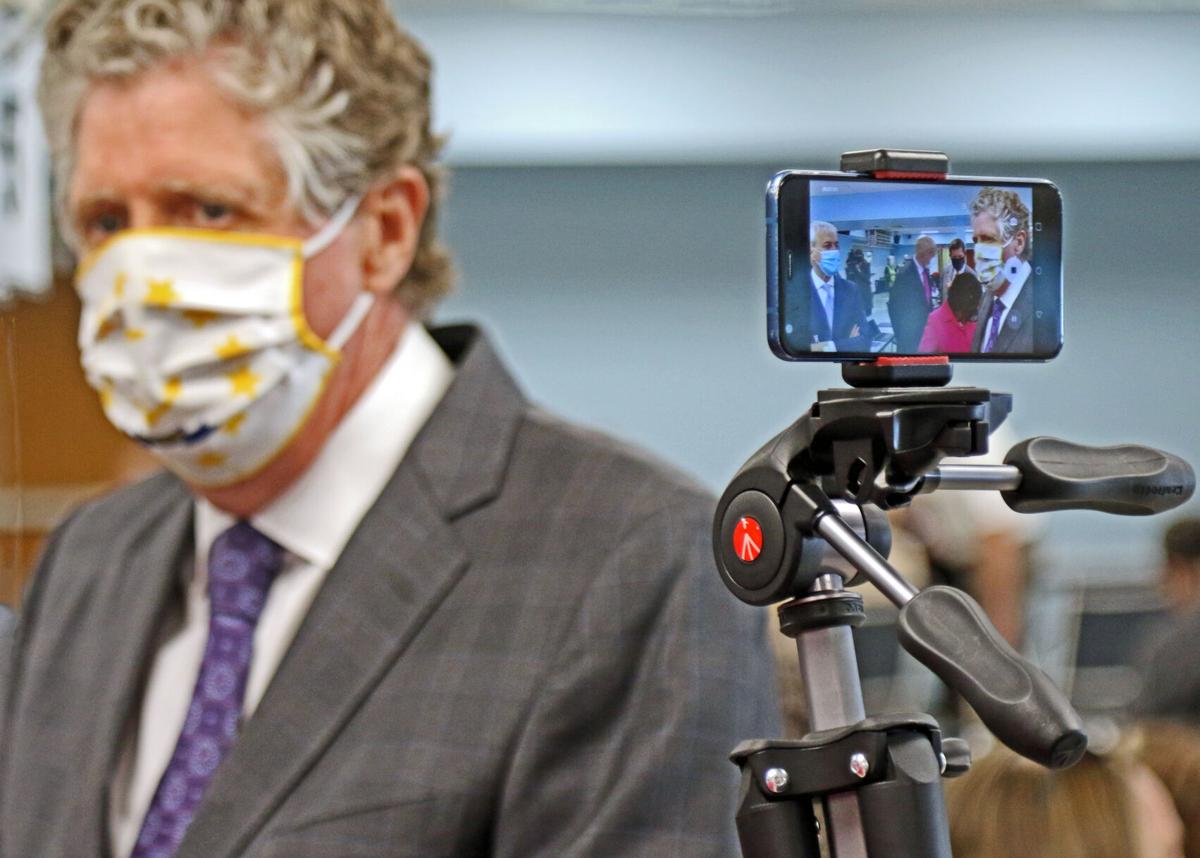 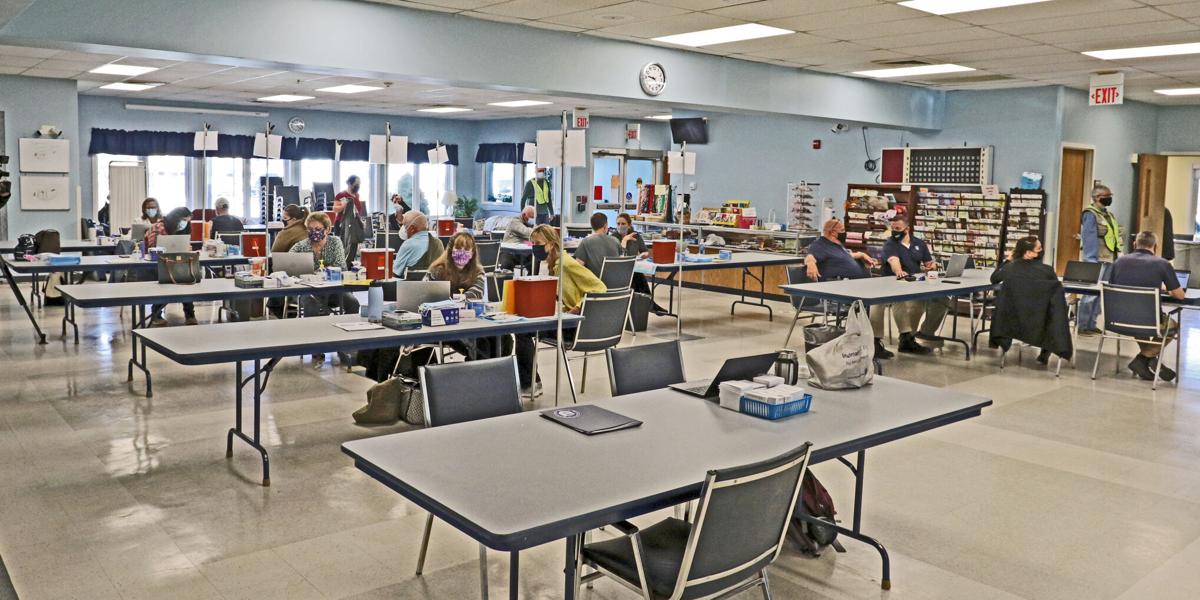 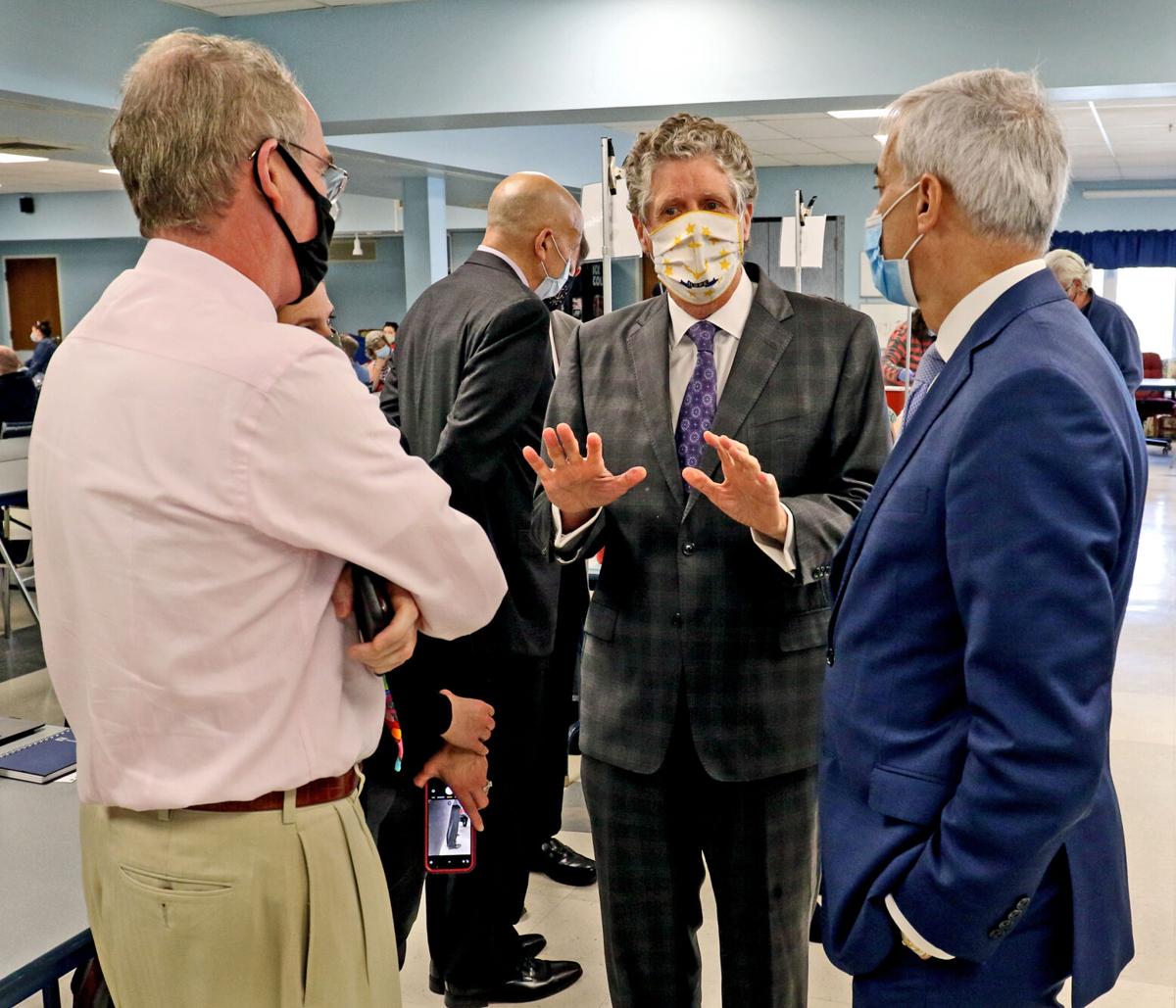 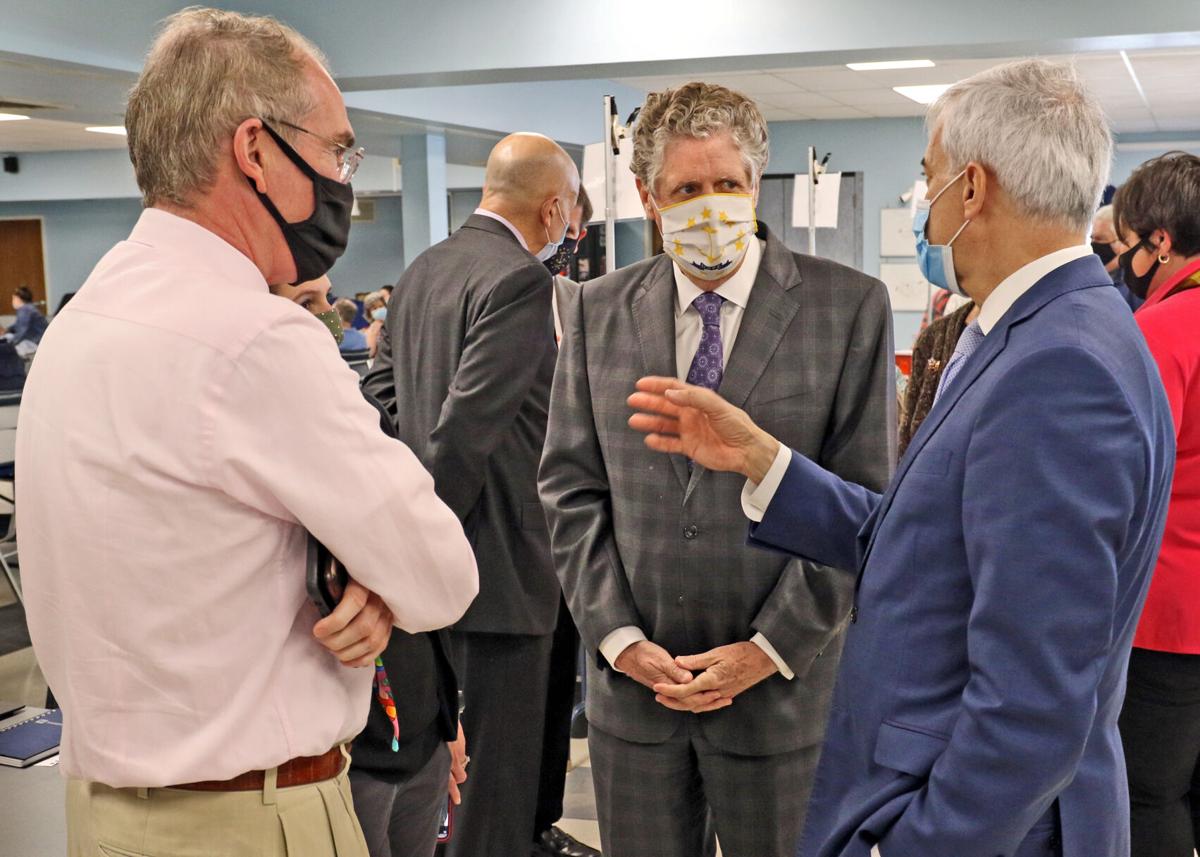 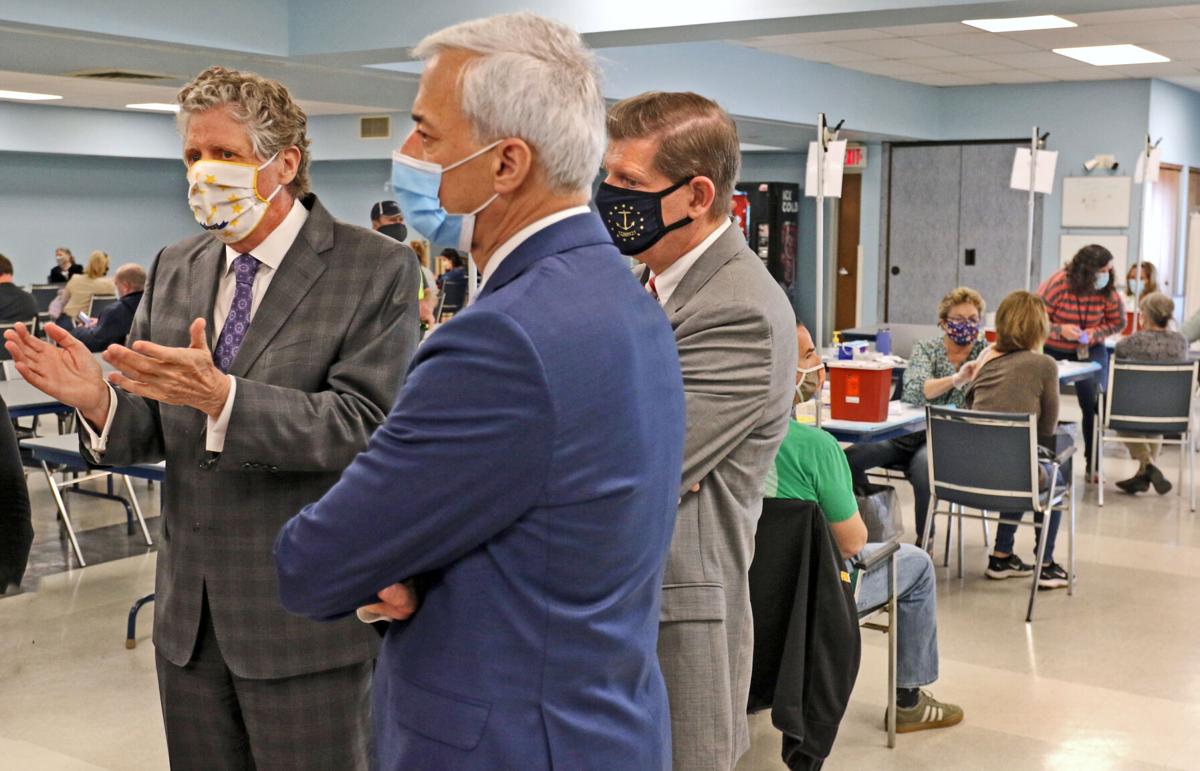 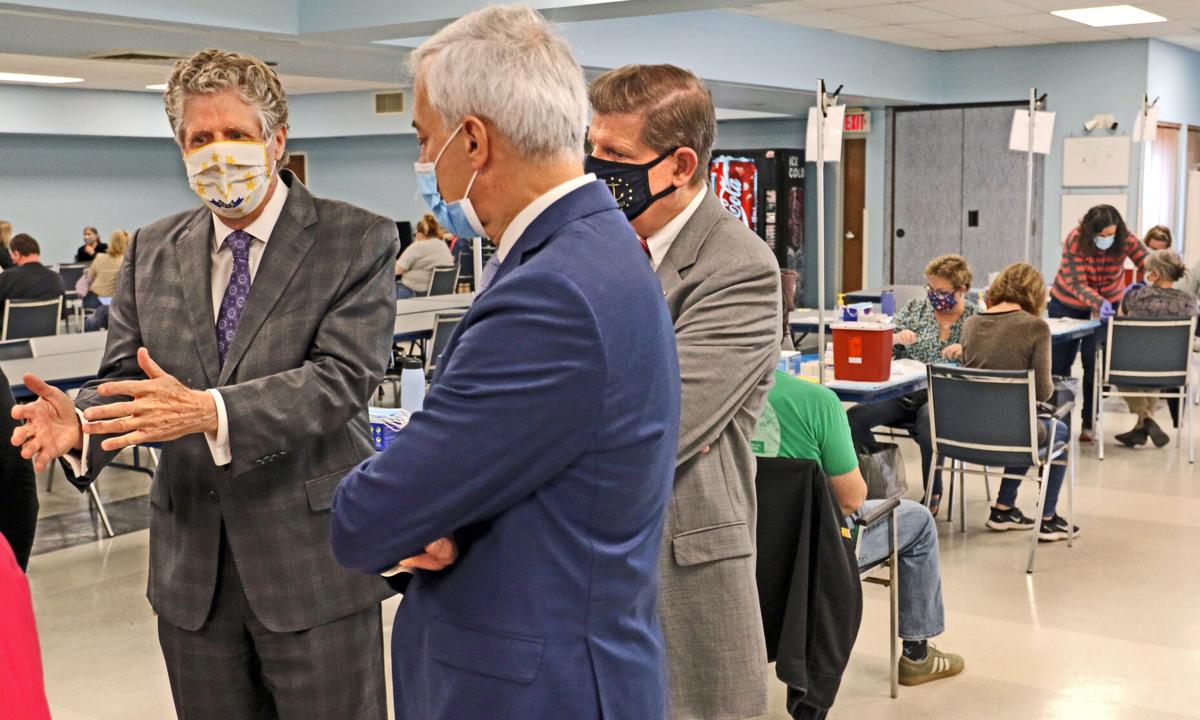 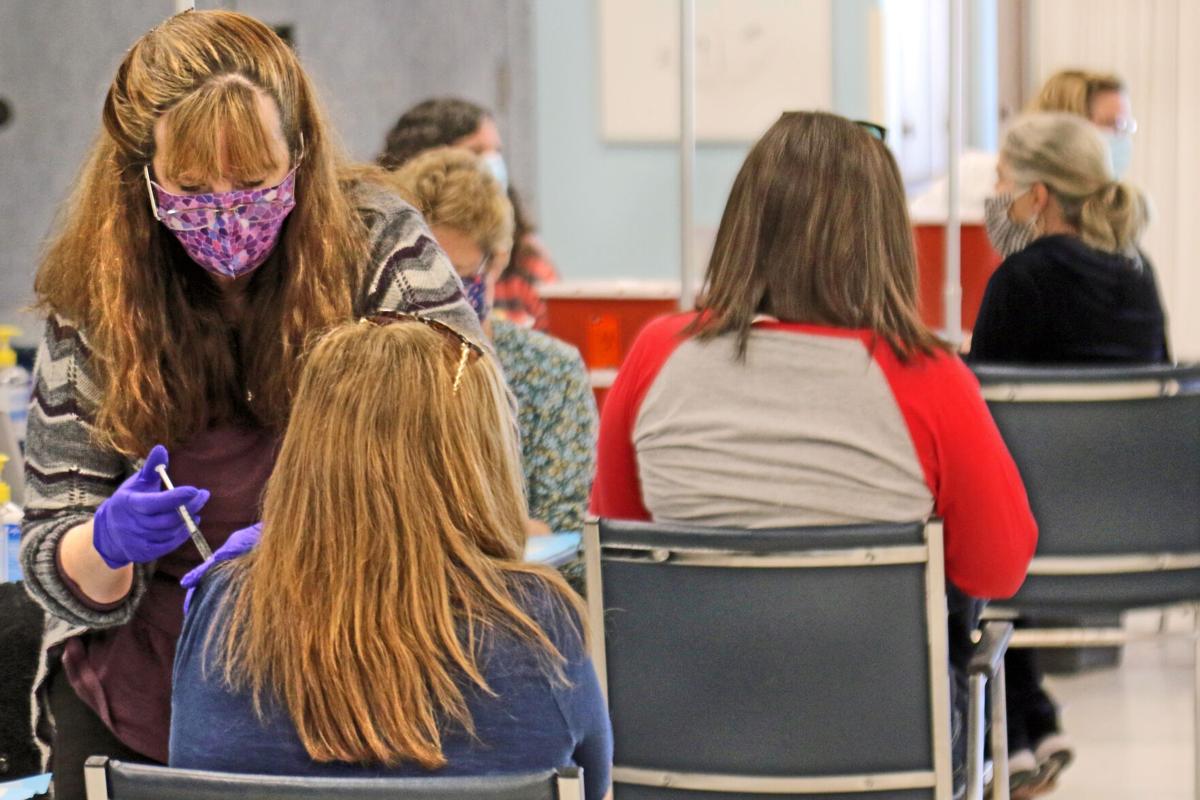 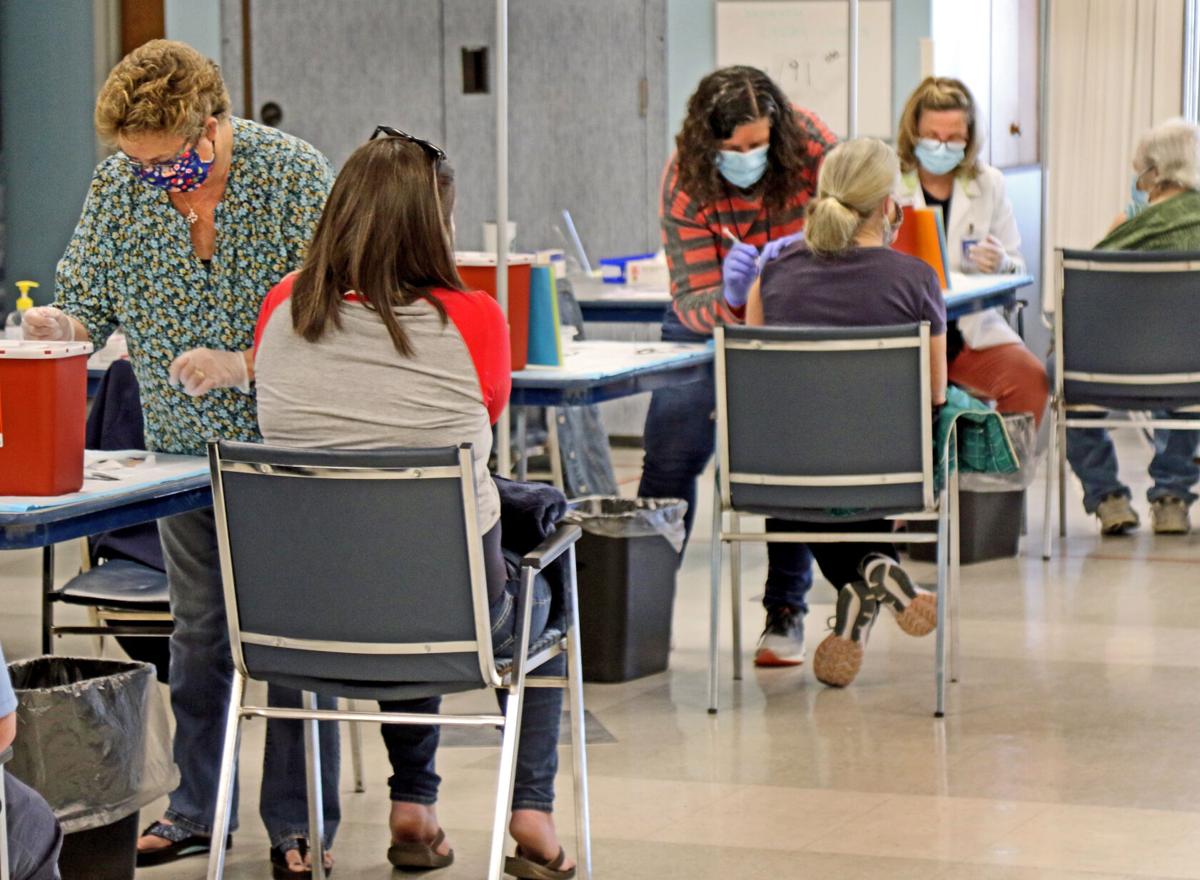 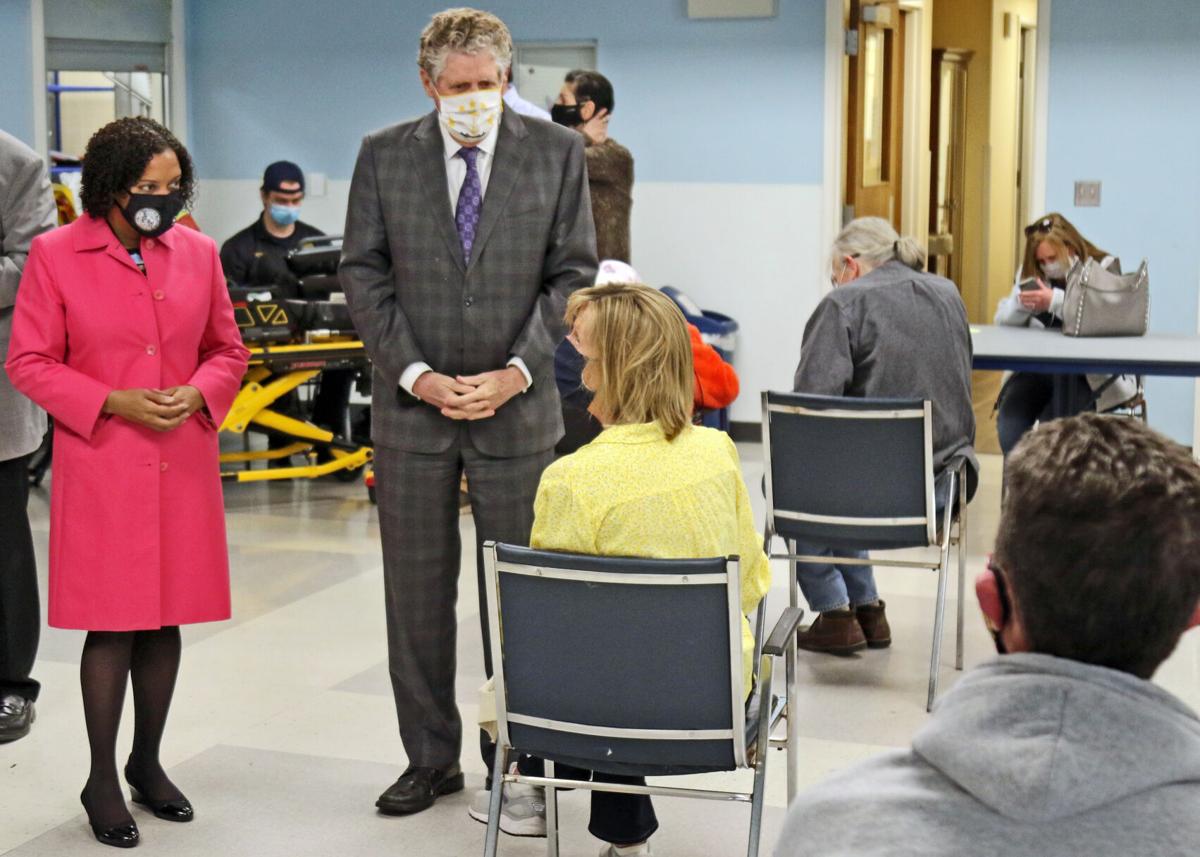 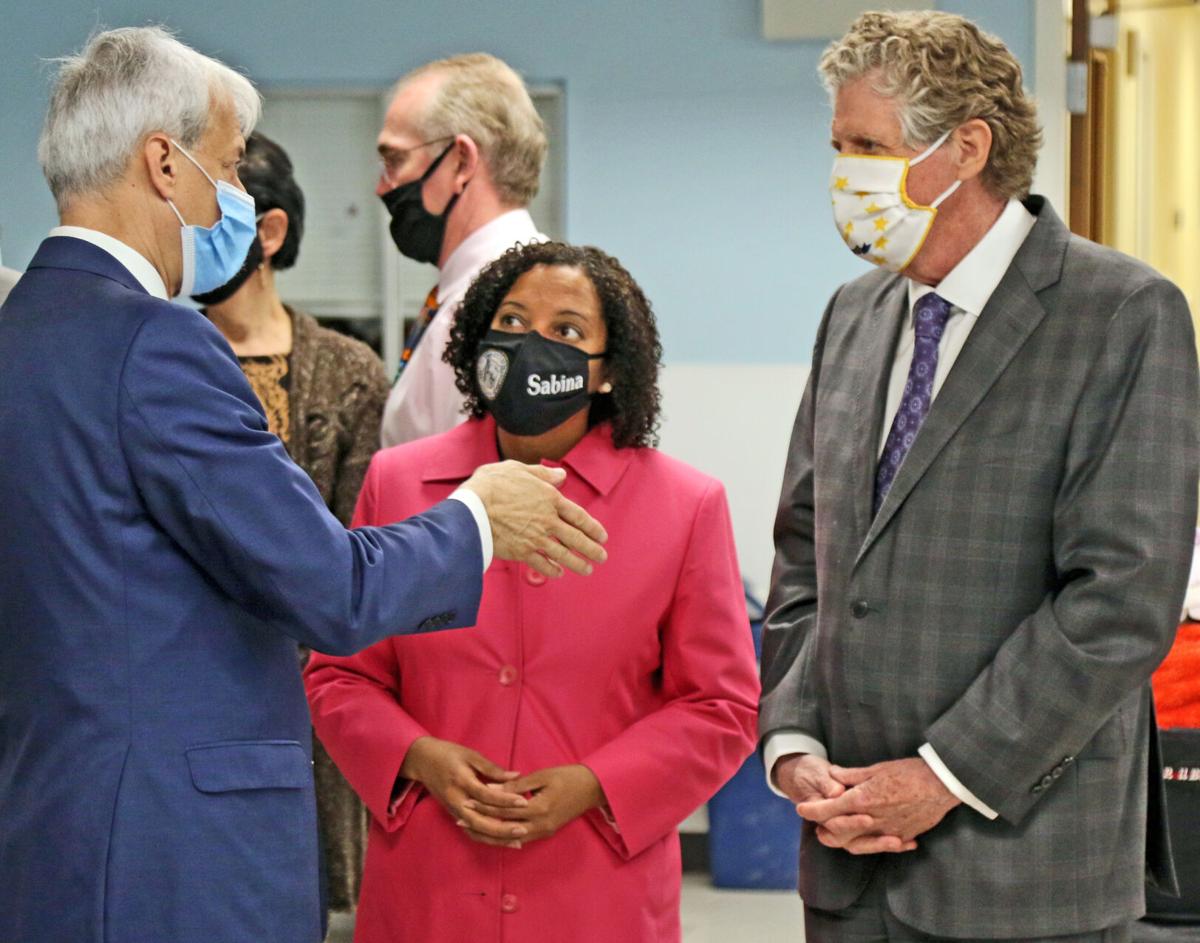 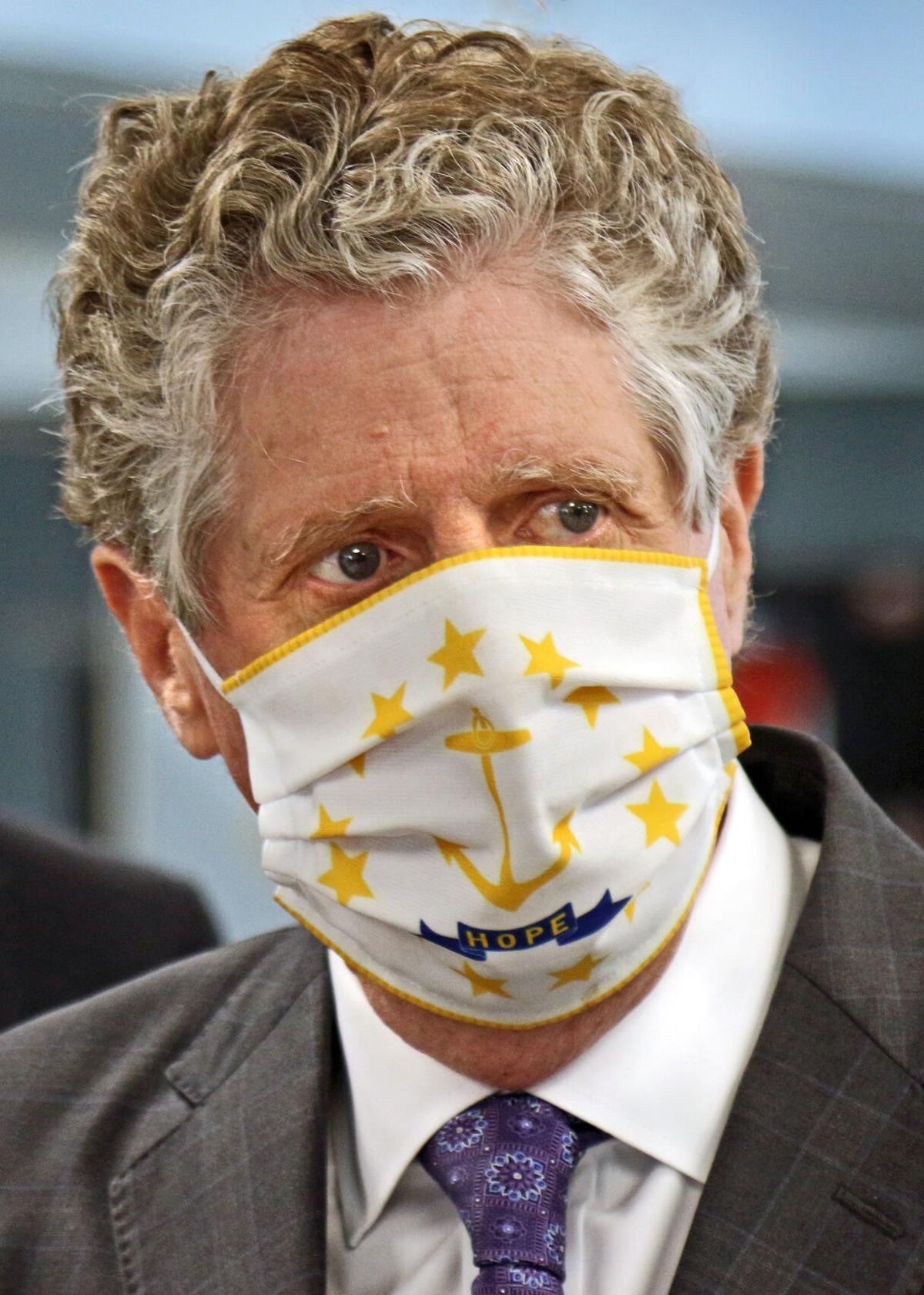 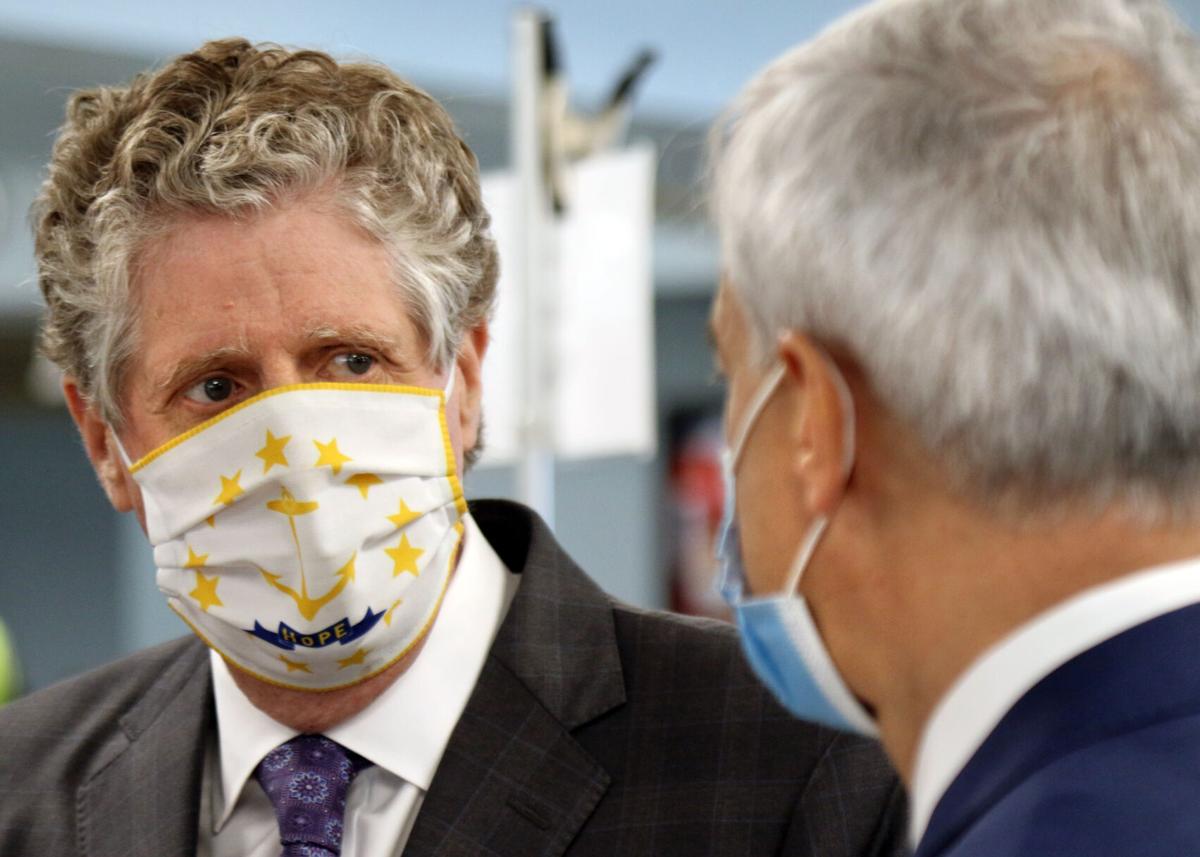 WESTERLY — Gov. Dan McKee encouraged residents here and throughout the state to register for a COVID-19 vaccine during a visit to the town on Wednesday.

"We need a commitment that we're all going to get vaccinated and that's how we're going to reopen the state," McKee said while standing outside of the Westerly Senior Citizens Center.

The center is being used as a Regional Medication Emergency Distribution System Point of Dispensing, or MEDSPOD, site for administration of vaccines on Mondays and Wednesdays. Residents 50 and older from anywhere in the state can now register for vaccines, when they are available, at the center. Information on how to register is available at C19vaccineRI.org. The center had previously been used as a vaccine clinic for town residents and school employees.

Officials on Wednesday said demand for vaccines is high.

McKee, who was joined by Sabina Matos, whom he has selected to serve as lieutenant governor, and Anthony Silva, his chief of staff, said he was pleased to learn the vaccine appointments were made so quickly.

The state is prepared for when the number of vaccine doses allotted by the federal government increases, McKee said.

"The message is: 'Reserve your spot because the the supply is coming and we'll make it easy to get your shot,'" McKee said.

According to McKee, the state now has the capacity to have 160,000 vaccines administered per week, and officials expect to soon build up to the ability to administer 200,000 shots per week. Current supply is at about 70,000 vaccine doses per week, he said.

"We built the capacity in advance, so we aren't chasing it once we get the supply," McKee said.

McKee praised Silva's work for improving the state's capacity. Silva said the advances were made by bringing several entities together.

"That was a big step and the people of Westerly appreciate it. The people of Westerly are very fortunate  to have the vaccine clinic. Emergency Management Director Amy Grzybowski, the town manager, and police chief have done a remarkable job in providing the service to the community with the help of the governor," Algiere said. "Logistically, it's not easy, but we are fortunate to have the support of volunteers and support in Providence."

State Rep. Brian Patrick Kennedy, D-Ashaway, said residents of the region had been concerned that too much focus had been placed on inner-city areas in and around Providence. Establishment of a regional center in Westerly and one in West Kingston have gone a long way to reassuring residents of the area,  he said.

"You can tell by the smiles you see on people's faces here today. It's a relief," Kennedy said.

PHOTOS: Stalking the marshes for a meal near the COMO in Stonington

Fauci says U.S. is headed in ‘the wrong direction' in fight against coronavirus

At the Library: Books to beat the heat during the dog days