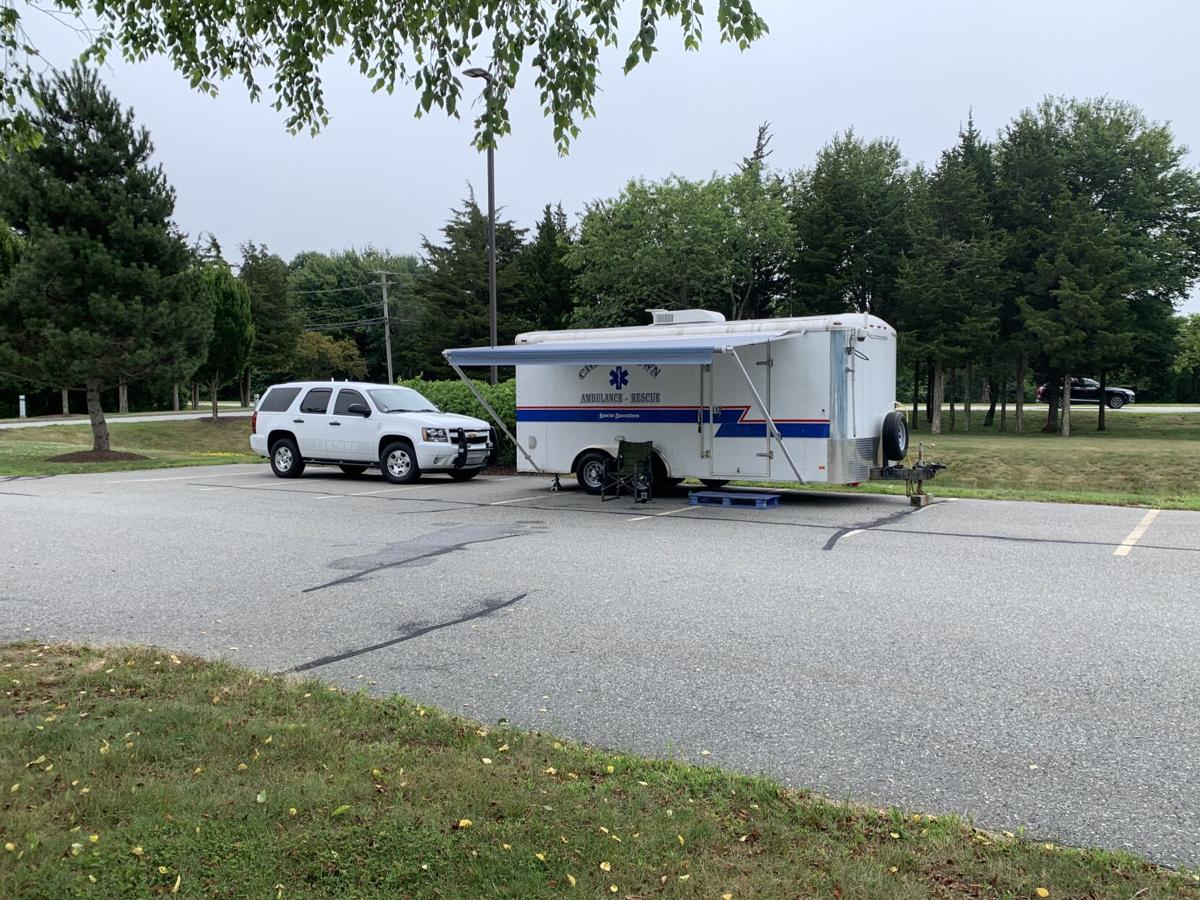 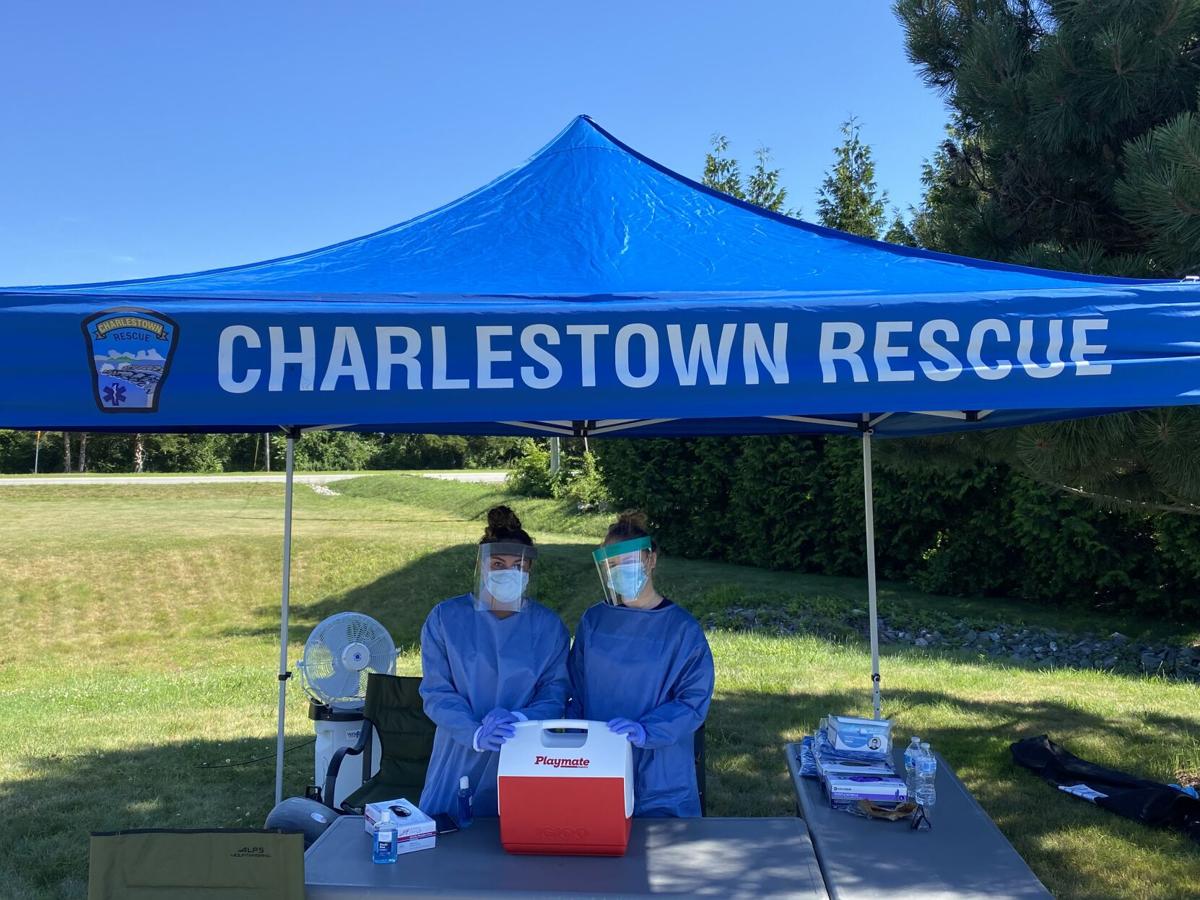 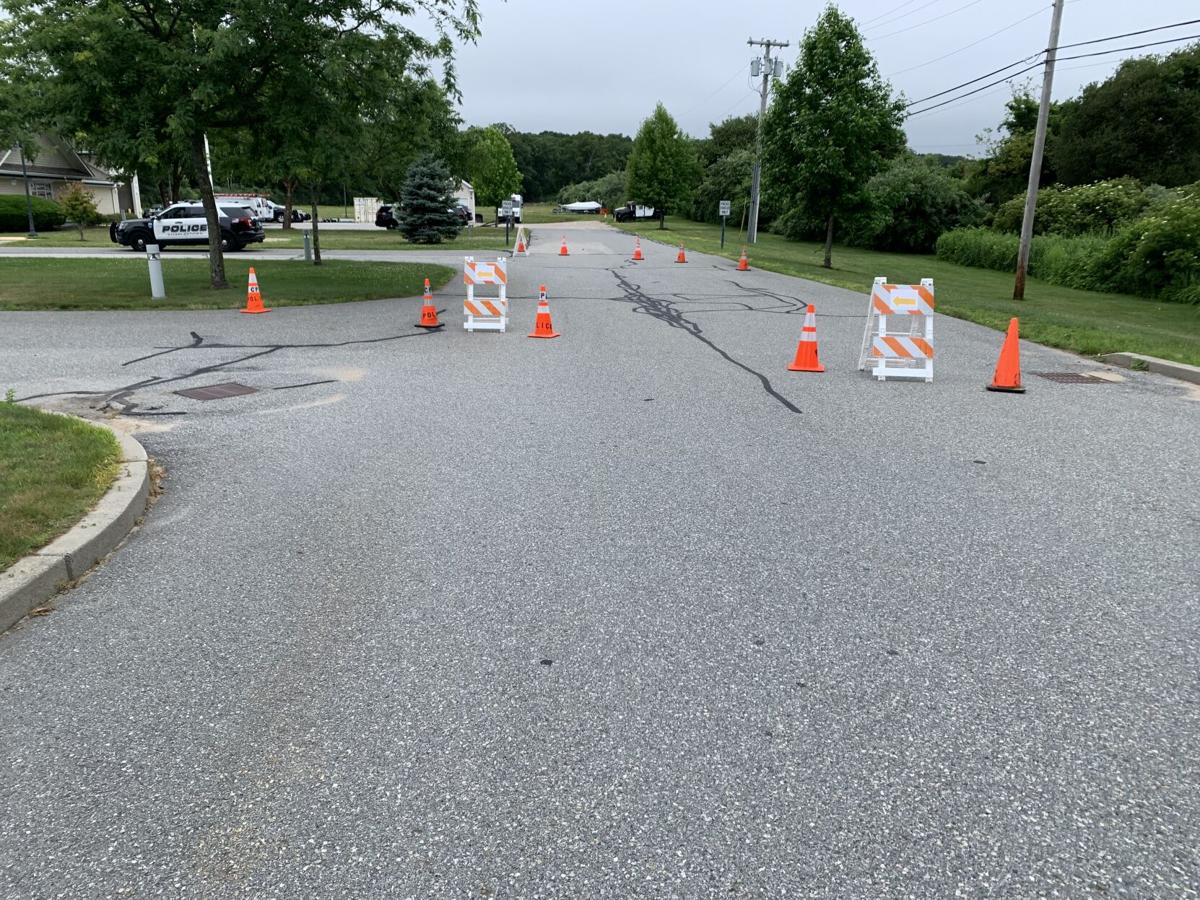 When four officers with the Charlestown Police Department tested positive for COVID-19 earlier this month, the town sought to act fast to stem the spread of the virus.

The effort was going to require extensive testing and coordination in order to test and protect all town employees — a service that has been offered free as a precaution although officials said there was no apparent cross exposure involving the officers and town staff.

Rather than outsourcing the effort to a medical provider or hospital, Town Administrator Mark Stankiewicz was able to turn to Charlestown Ambulance Rescue Service Chief Andrew Kettle to establish an in-house solution for the community to address needs and receive rapid testing from trained medical staff.

“We didn’t necessarily anticipate we’d be using this training, especially so soon, but we received the training in preparation … in case we had an event like this,” Kettle said last week. “By having these services available to the community, we are able to isolate and quarantine faster in the event someone becomes sick.”

Across southwestern Rhode Island, ambulance organizations have utilized training to prepare for municipal testing needs. A training course has allowed members of the Westerly Ambulance Corps, Charlestown Ambulance Rescue Service and Hope Valley Ambulance to receive training on how to administer and handle COVID-19 testing.

The training, which is specific to first responders, was offered in mid-June by the Rhode Island National Guard as part of the state’s emergency pandemic response. The training allowed select members a chance to learn how to protect themselves, provide the service and prepare kits for proper transport and laboratory testing.

Kettle said four members of the ambulance service received the training. Along with several other members who aided with traffic flow and paperwork, the agency was able to establish a full testing station in the parking lot of the Charlestown Police Department. The station has been utilized every other day for the past week to test town employees.

The ambulance service was able to conduct a total of 56 tests on Friday and another 46 tests on Sunday as part of an effort to monitor spread.

Stankiewicz said this week that the service has provided an immeasurable service to the community by enhancing testing pace, reducing costs and allowing for rapid intervention in the event such action is needed.

“We were fortunate to have the ambulance corps right next door and ready to cooperate, and that they had themselves been trained to test,” he said.

Michael T. Brancato, assistant chief of Westerly Ambulance, said his agency is fortunate to not have had to use the training just yet, but in the event that Westerly should face the early signs of a possible outbreak, the trained members of his team would be ready to assist in the town with any similar needs.

The ambulance corps would also be able to provide services as needed or requested from Westerly Hospital if for any reason there was a need for that level of response. The two organizations have continued to partner through the pandemic and communicate regularly, he said.

“The training is an important part of the prevention and response process,” Brancato said. “This was a free opportunity offered to members of the Rhode Island Southern Firefighters League, and it was worth taking advantage of this chance to better prepare.”

The training is valuable in keeping towns informed regarding its own staff, but there are limitations as well. Both Kettle and Brancato said their agencies would not have the capacity to expand testing to the general public.

Instead, the services are more specifically designed to provide a guard to closely monitor conditions among essential workers in communities, such as first responders.

“The value of even being able to test and protect your first responders alone, that’s what matters to me and that’s why we did this training,” Kettle said.