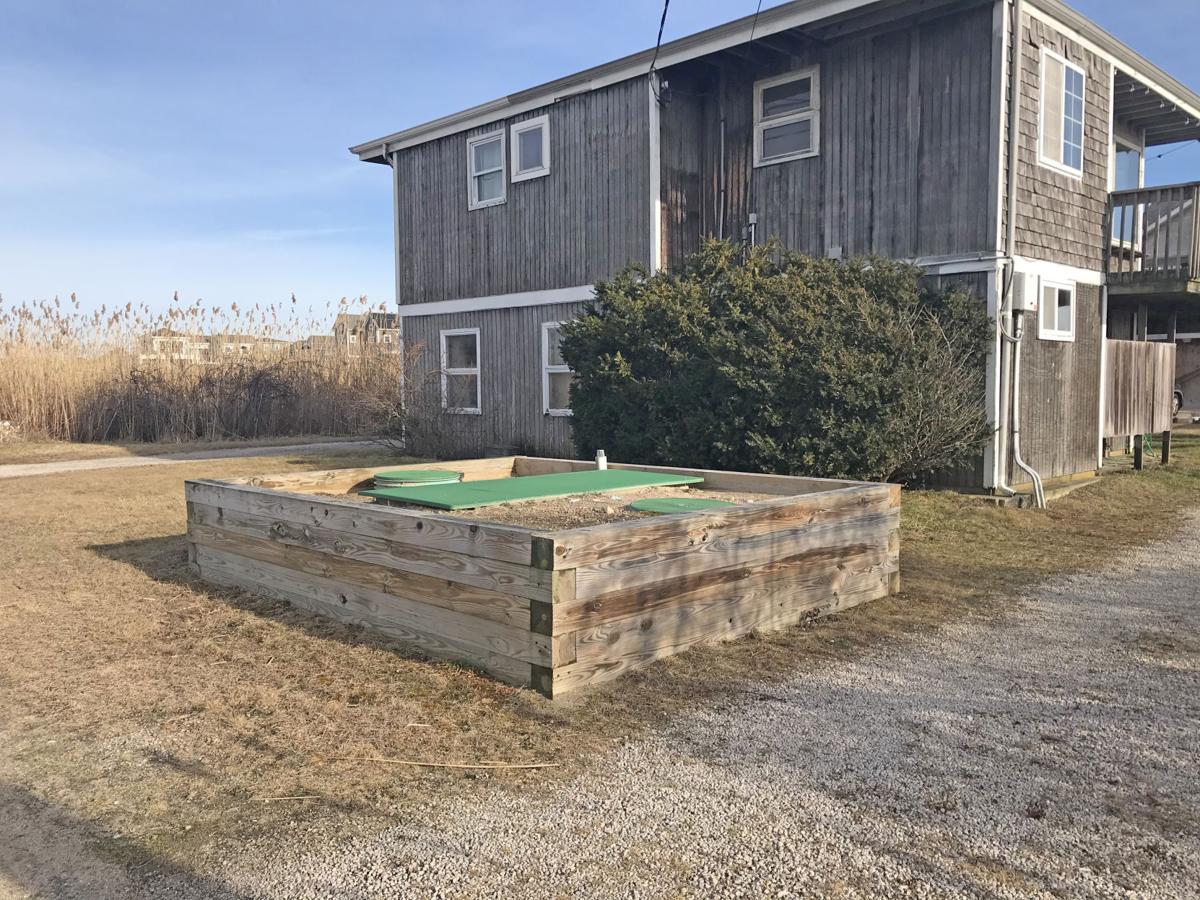 An advanced septic system at a home in Quonochontaug. A URI researcher warned the Charlestown Town Council recently that ground water levels are rising and could cause septic systems to fail. Cynthia Drummond, The Westerly Sun 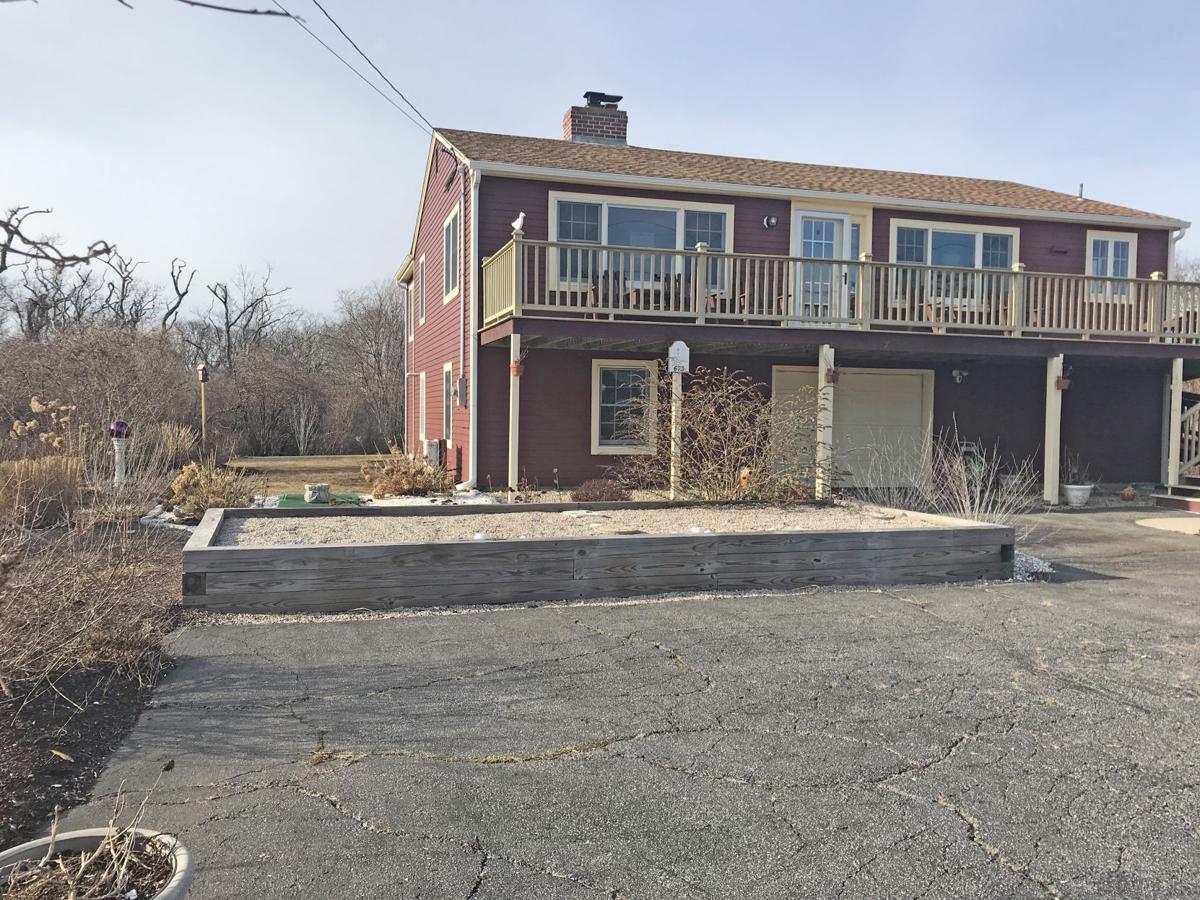 An advanced septic system at a home in the coastal community of Quonochontaug. A URI researcher has warned the Charlestown Town Council that rising ground water levels could compromise septic systems and even cause them to fail. Cynthia Drummond, The Westerly Sun

An advanced septic system at a home in Quonochontaug. A URI researcher warned the Charlestown Town Council recently that ground water levels are rising and could cause septic systems to fail. Cynthia Drummond, The Westerly Sun

An advanced septic system at a home in the coastal community of Quonochontaug. A URI researcher has warned the Charlestown Town Council that rising ground water levels could compromise septic systems and even cause them to fail. Cynthia Drummond, The Westerly Sun

A Ph.D. candidate who works at URI’s laboratory of soil ecology and microbiology, Cox has recently completed a research project looking at how higher groundwater tables reduce the necessary space, or separation, between septic system drain fields and ground water.

Much of Cox’s research took place in Charlestown, where groundwater tables are rising with the sea level.

“The risk is, if, over time, our seasonal high water table has become elevated, we might no longer have adequate separation distance,” Cox said. “What that means is, the wastewater doesn’t have time to be treated appropriately before it gets in the groundwater, and then that puts our groundwater at risk for pollution from pathogens, things that make us sick, and from nutrients.”

Cox began her research by examining property data from tax databases in towns along the southern Rhode Island coast.

“I would look up the owner of the parcel  and then I would try and find a septic system record that had been submitted to DEM for a permit application,” she said.

Every septic system permit application is accompanied by information on the level of the water table, so by looking at the applications, 486 in all, Cox was able to determine how far below the surface the water table was at the time.

“You can see that over time, in the early 2000s, it changes," she said. "Now, it’s four feet and it used to be three feet … On average, the groundwater tables are rising from when I first had data to collect, which was the late '60s, up until now ... a half-inch per year over time.”

Groundwater tables in Charlestown and Westerly, Cox said, are rising more quickly than in other coastal communities like South Kingstown. One reason for that is that both communities are adding to the ground water.

“All of Westerly is on town water, but then they use septic systems to send that to their groundwater,” she said. “Technically, Charlestown has wells, but if you drive along, say, West Beach Road or Charlestown Beach Road, you’ll see all those giant cisterns underneath people’s houses and the tanker truck comes down during the week, fills those systems up, people use that to shower and guess what? All of it ends up in the septic system. So communities that import ground water are having the worst problem with this.”

Another important factor is how close a property is to the ocean, because oceanfront properties are seeing faster rates of groundwater table rise.

“One thing we can think about is, what do we humans have control over, and that is what are we putting in through our wastewater and what are we taking out in our groundwater,” she said. “The moral of the story is, based on the historic data we looked at … it looks like groundwater tables are rising and that we should maybe start worrying about this separation distance shrinking and maybe this is starting to be an issue.”

In 2017, Cox began installing 10 groundwater-monitoring wells at private homes, eight of which are in Charlestown. The devices measure the level of the water table every 10 minutes. She is also using ground-penetrating radar to look beneath the surface.

“This is a way to kind of look from the surface without digging anything up, without damaging anybody’s system, at what’s going on, and then we can figure out how is that behaving compared to the water table,” Cox said.

The new data were then compared to water-table measurements on the original septic permit applications. Results varied widely, but most systems were at least occasionally impacted.

Cox also noted that the septic systems that functioned poorly were not necessarily the oldest. One of the worst performers had been installed in 2012.

About 20% of septics had no problems except during severe storms, however, half the systems had groundwater levels that were too high for adequate separation and 30% experienced constant problems.

In the worst-case scenario, when ground water levels get too high, septic systems fail altogether.

“The scary thing is, the water makes it up to ... the surface 2% of the days, which means you have wastewater leaving the house, leaving the septic system, getting to the trench and mixing with groundwater right away,” Cox said. “That’s gross, and very concerning.”

Cox suggested that a network of long-term ground water-monitoring wells along the coast would contribute valuable information.

“That might be really helpful for context and it also will give us an idea of what happens when different kinds of storms hit,” she said. “The cheaper approach would just be to increase that separation distance to account for the fact that we’re not good at figuring out what it should be and we know that water tables are going to continue to rise.”

Charlestown on-site wastewater manager Matthew Dowling said his department is looking at the relationship between groundwater quality and septic-system density.

“What we’re finding where groundwater quality is concerned, it’s a pretty intuitive analysis; when the density of septic systems increases in any given area, there’s a subsequent impact to the groundwater,” he said.

Council President Virginia Lee said she was concerned that Charlestown faced an elevated risk because, unlike the other coastal towns, there is no public water system.

“We rely on septic and wells, and it really matters to keep our drinking water uncontaminated for all kinds of reasons, not the least of which is a big part of our tax base comes from south of Route 1,” she said.

Cox said if the town was forced to begin importing drinking water, the rising groundwater situation would become even worse.

“If our groundwater’s no good any more and we start importing water, it’s going to make it worse, and that goes into community planning,” she said.