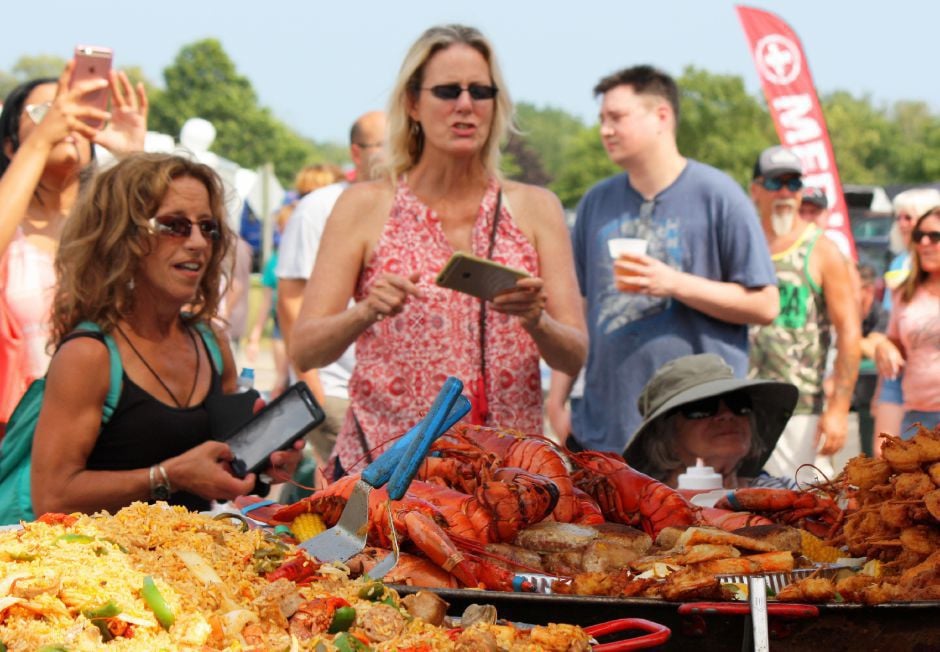 Customers photographed some of the seafood offerings at the 2018 Charlestown Seafood Festival. Sun File Photo 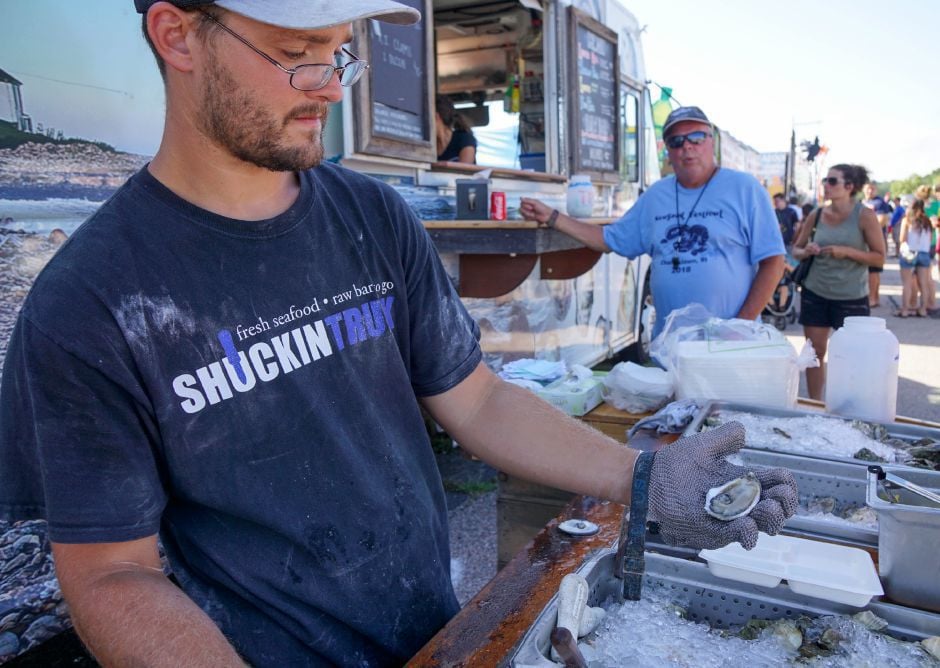 A vendor displays an oyster on the half shell at the 2018 Charlestown Seafood Festival. Sun File Photo 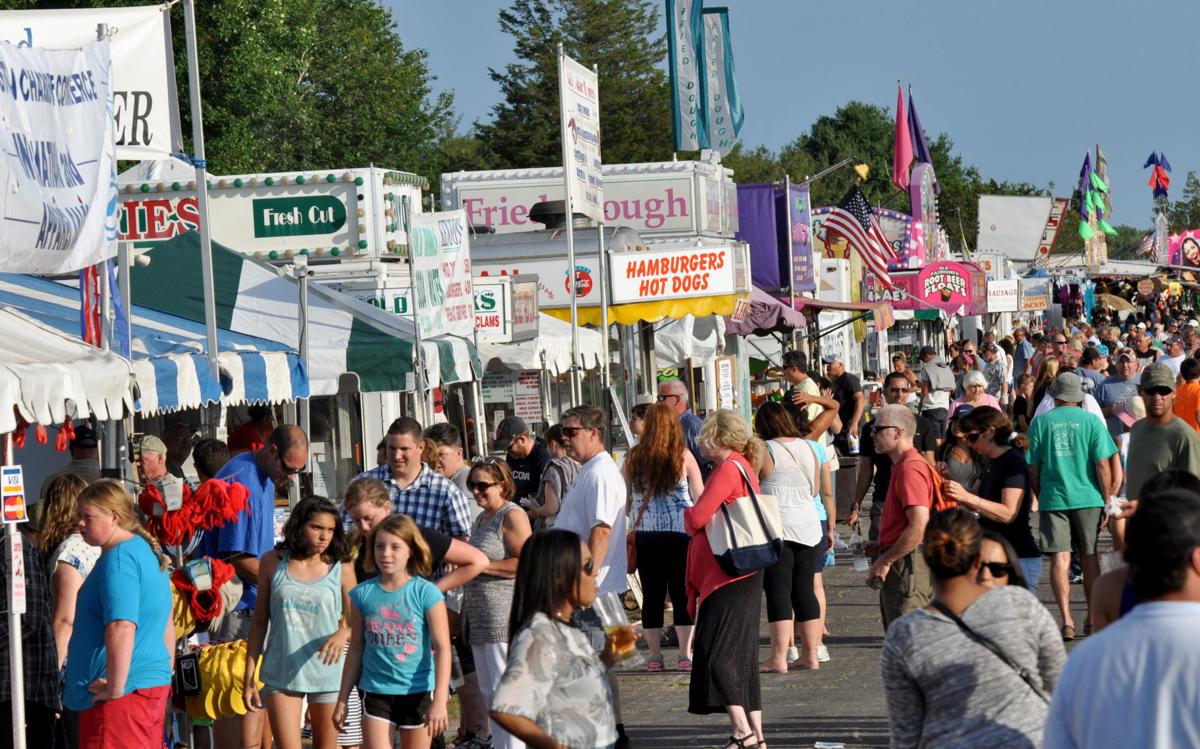 The annual Charlestown Chamber of Commerce Seafood Festival at Ninigret Park is expected to attract 35,000 people to its three-day run. Sun File Photo. 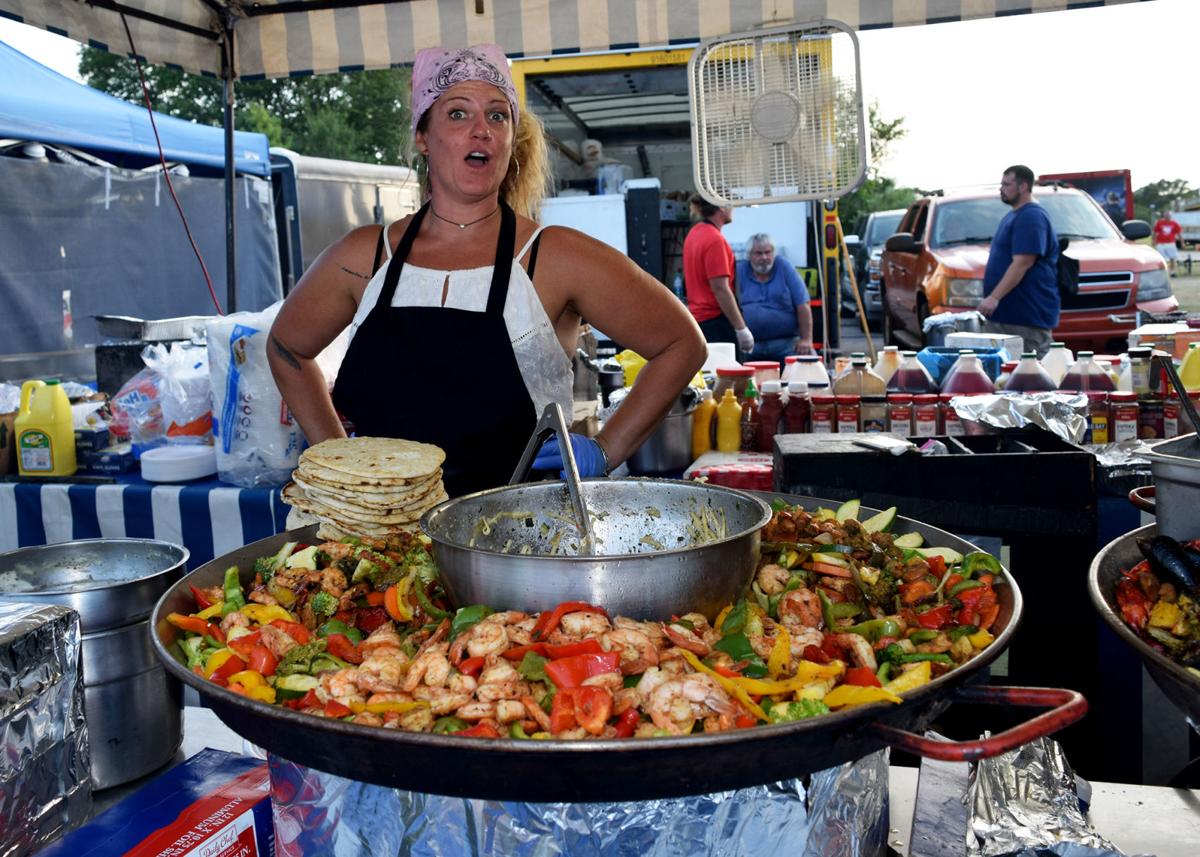 Customers photographed some of the seafood offerings at the 2018 Charlestown Seafood Festival. Sun File Photo

A vendor displays an oyster on the half shell at the 2018 Charlestown Seafood Festival. Sun File Photo

The annual Charlestown Chamber of Commerce Seafood Festival at Ninigret Park is expected to attract 35,000 people to its three-day run. Sun File Photo.

CHARLESTOWN — The Charlestown Seafood Festival, which has been named to Yankee Magazine's list of the 10 best seafood festivals in New England, is returning this weekend to Ninigret Park.

The three-day festival, which is hosted and sponsored by the Charlestown Chamber of Commerce, starts at noon Friday and will include over 120 different vendors, music acts, carnival rides, and a circus.

There will be live music all weekend including performances from Nashville country singers, Bon Jovi and Heart tribute bands, rock bands, and other national and local bands. A fireworks display is scheduled for Saturday at 9 p.m.

In addition to the carnival rides for the kids, this year’s festival will include bounce houses and will also host Rhody's Red Nose Circus with two shows on Saturday at 2 and 4 p.m.

“It's a family fun event,” Paliotta said. “You'll have a good time with the music, the fireworks, the circus, carnival, and the food. It's just a great time.”

The festival kicked off in 1985 as a one-day event with only seven vendors, but under Paliotta’s guidance over the past 18 years, it now hosts seafood vendors from all across the country.

“The annual seafood festival has put Charlestown on the map as a destination for foodies and festival-goers,” said Paliotta. “All the hotels are booked, the campgrounds are full. The seafood festival weekend is one of the busiest weekends at the Nordic Lodge.”

The festival is the chamber’s main fundraiser and costs $266,000 to put on, Paliotta said. Proceeds from admissions first go to fund  next year's festival, and excess revenue is donated within the community.

“The better the seafood festival does, we are able to donate more back to the community,” Paliotta said.

The festival is expected to attract more than 35,000 people from across New England. Although weather does affect attendance, Paliotta is hoping for sunshine in the forecast so the event can be a hit.

“It's a good fundraiser for us when it's good weather,” Paliotta said. “We're hoping to have three sunny days. Rain or shine, we have it. Even if it's hot, we have plenty of shade, plenty of water. Just come and have a good time.”

Along with the Chamber of Commerce, sponsors for the event include Nordic Lodge, Washington Trust, Coca-Cola, among many others.