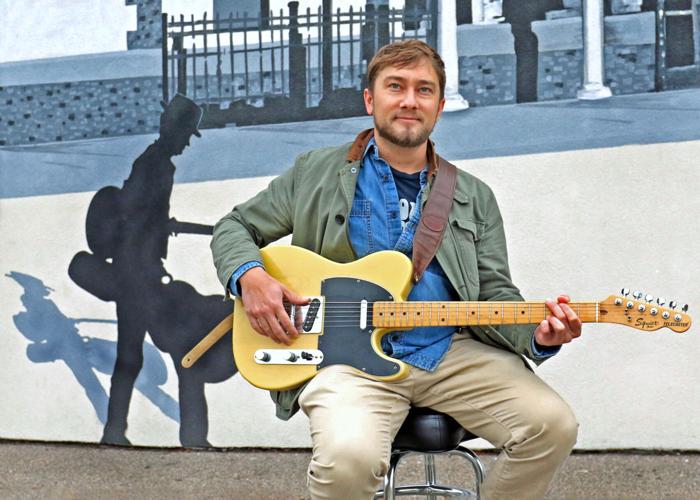 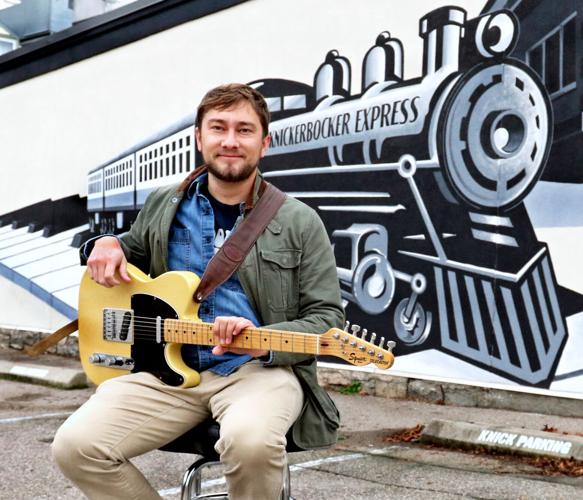 BORN, RAISED & GREW UP IN: Born in New York City, raised in Westerly, grew up in Mystic.

RIGHT NOW I’M IN THE MIDDLE OF: Producing the debut album for my band Wooly Mammoth!

I AM COPING WITH LIFE IN THE AGE OF THE COVID-19 PANDEMIC BY: Playing music, and writing songs.

MY PROUDEST ACCOMPLISHMENT: Finishing this album. I can’t wait to have a vinyl copy in my hands!

TOP ON MY BUCKET LIST: To go to Nantucket. I wrote a song called “Nantucket Sleighride,” but I’ve actually never been there!

WHAT I WANTED TO BE WHEN I GREW UP: Musician.

MY HEROES ARE: My grandmother, my mother, and my cousin, Courtney.

BOOKS ON MY NIGHT STAND: “The Haunting of Hill House” by Shirley Jackson, “The Forest Unseen” by David George Haskell, and “The Complete Rhyming Dictionary.”

TOP THREE SONGS ON MY PLAYLIST: “Lean In” (Will Evans), “Hail Mary’s” (Glenn Thomas), and “Maggie’s Underwood” (The CarLeans).

FAVORITE THREE MOVIES OF ALL TIME: "Spinal Tap," The Big Lebowski" and "Jaws."

TRAITS I MOST ADMIRE: Curiosity, humor, and honesty.

PET PEEVES: Arriving at the beach at low tide. Slow drivers in the passing lane.

MY FAVORITE THING ABOUT OUR LITTLE CORNER OF THE WORLD: The vibrant music scene, and the beautiful landscape.

CAN’T LIVE WITHOUT: The Knickerbocker Café. In addition to being one of my favorite venues in the area, we were able to finish recording the album there as well, thanks to Shawn Allen, the soundman at the Knick and a talented local producer.

LITTLE KNOWN FACT ABOUT ME: Gray is actually my middle name, but I’ve been using it since day one. Many people are shocked when they discover my first name is William.

BEST ADVICE I EVER RECEIVED: Nothing can take the place of persistence.

ADVICE I BEST LIKE TO GIVE: It is better to have something to remember than anything to regret.

IF I RULED THE WORLD I WOULD: Clone a Wooly Mammoth! Just kidding, I would make respect for Mother Nature a top priority.

IF I WON THE LOTTERY, THE FIRST THING I WOULD DO IS: Acquire a Sprinter van, convert it into a tiny house, and tour the country!

I WISH I DROVE A: Personal blimp (patent pending).

ALWAYS IN MY FRIDGE: If I’m lucky, something grown from my garden.

IF I COULD INVITE ONE SPECIAL PERSON TO JOIN ME FOR DINNER AND CONVERSATION, I WOULD INVITE: Steve Martin.