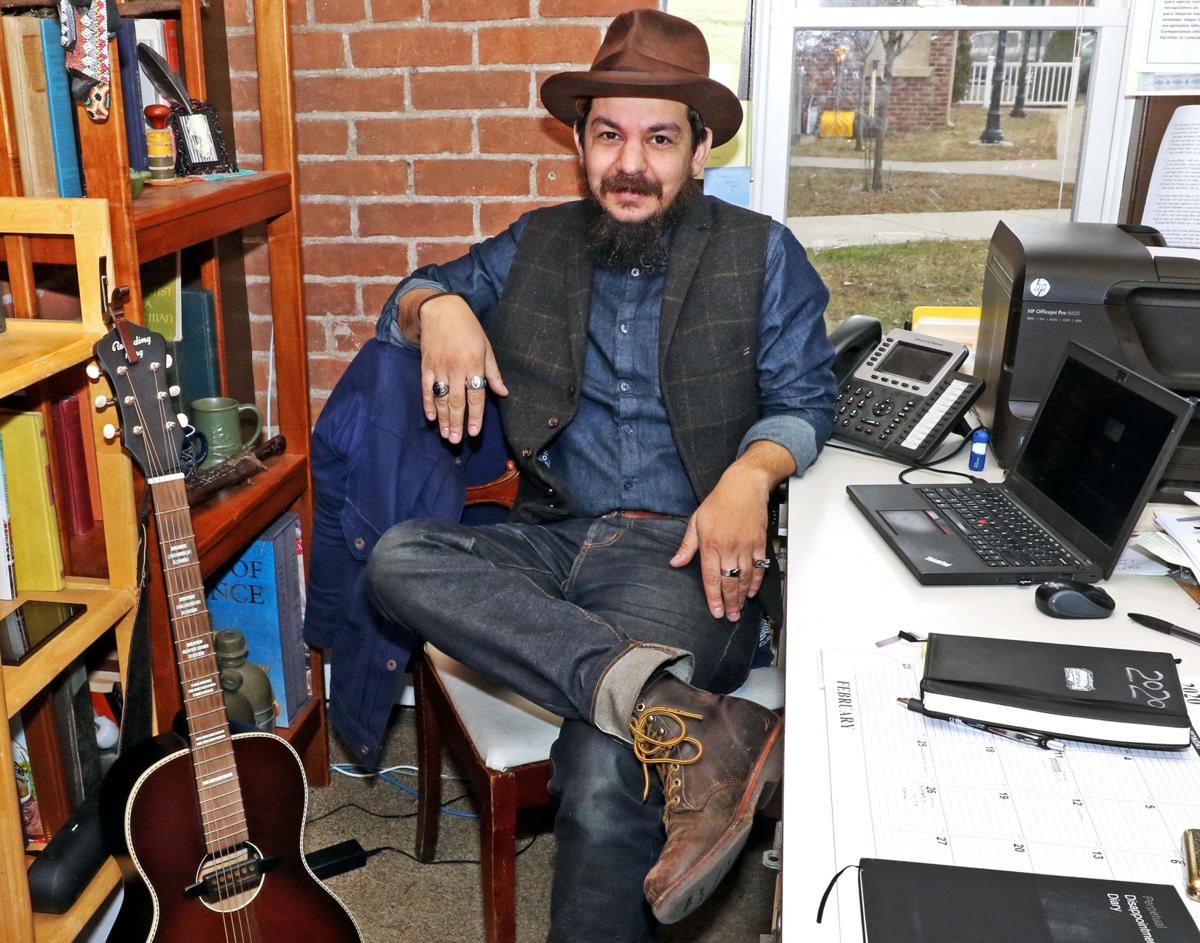 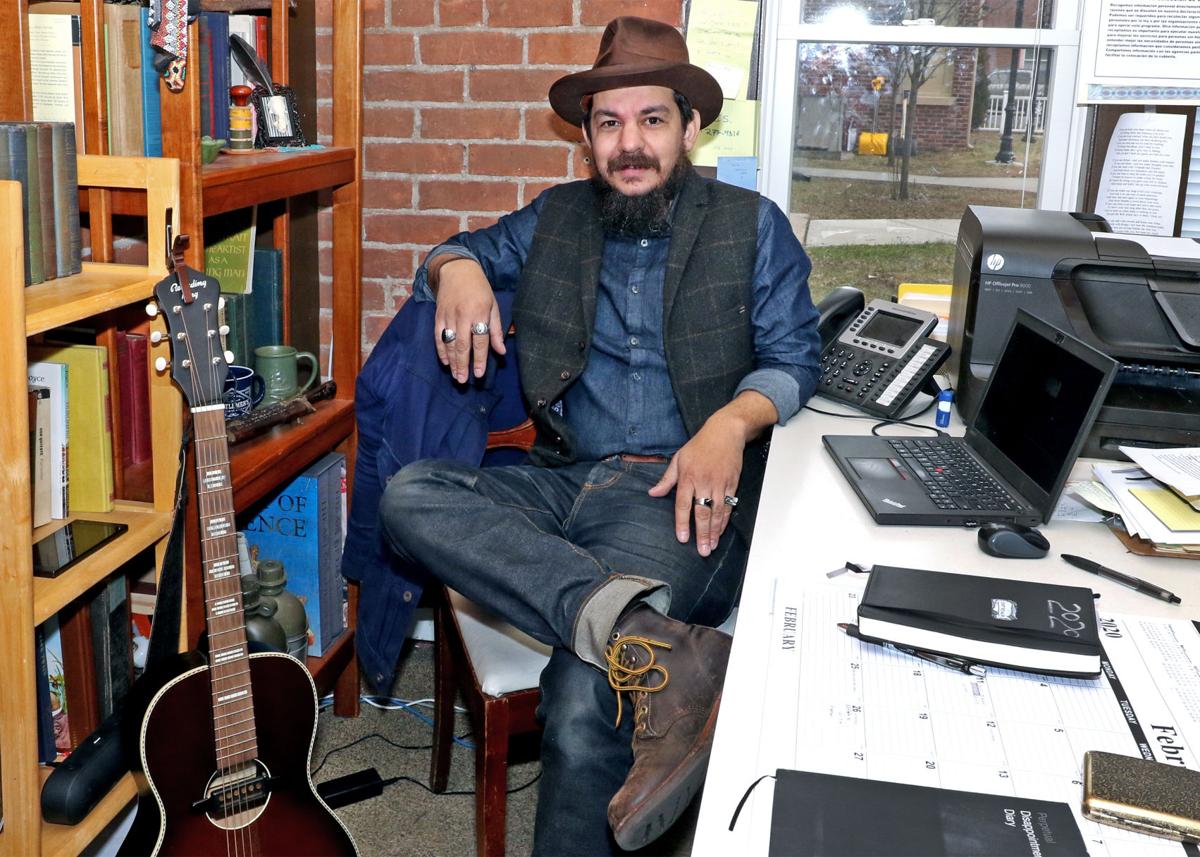 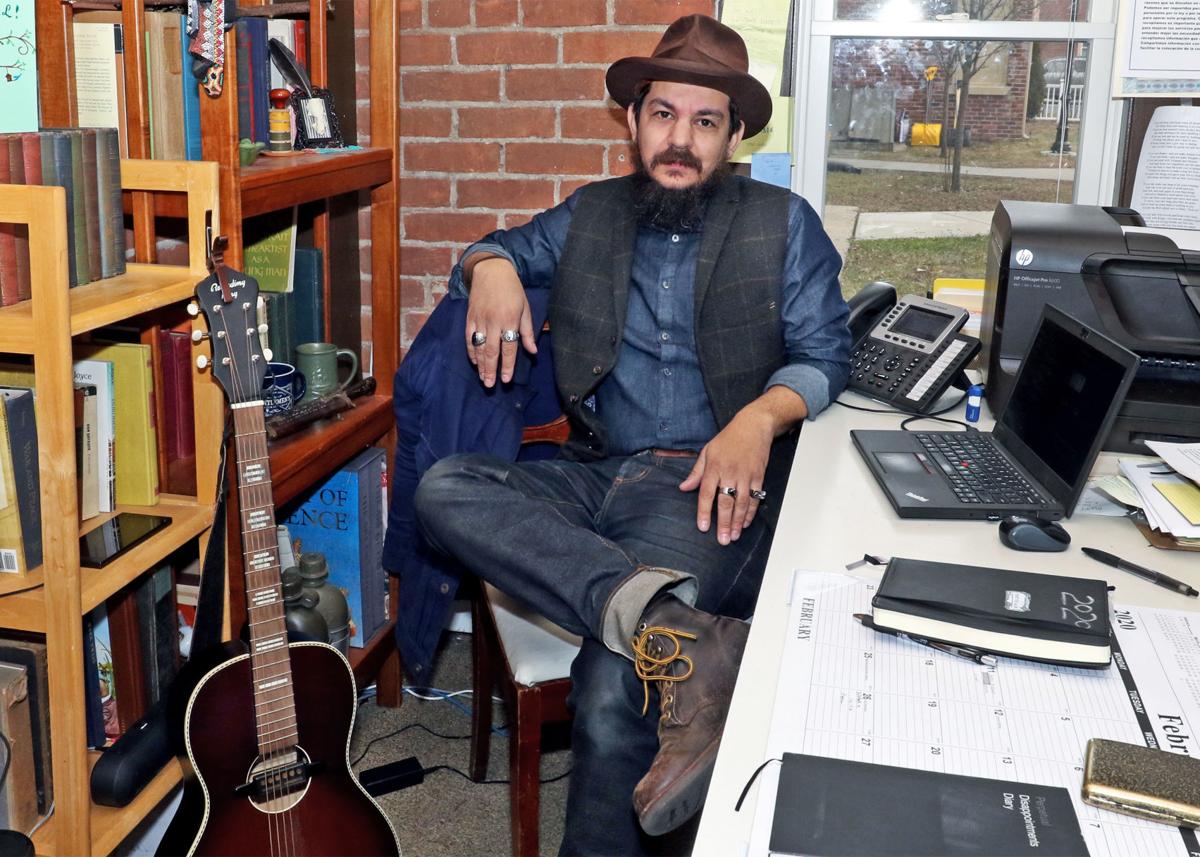 OCCUPATION: I’m a musician, and the street outreach case manager for the WARM Center, here in town.

BORN, RAISED & GREW UP IN: Born in Medford, Oregon, raised in Charlestown.

RIGHT NOW I’M IN THE MIDDLE OF: Getting ready to perform at next Sunday's 4th Annual Pass the Guitar concert at Christ Church and trying to finish up writing an album, so I can then book time to record it.

I ENJOY SPENDING MY TIME: Writing, being with my two boys.

MY PROUDEST ACCOMPLISHMENT: Both of my sons, and performing at the Newport Folk Festival in 2015.

I’D LIKE TO BE REMEMBERED FOR: I'd like to be remembered for how much love and compassion I attempt to show people .. which somehow seems unimportant. I think I have a very long way to go.

TOP ON MY BUCKET LIST: I would love to go horseback riding for months at a time, and just camp every night.

I ALWAYS CARRY: A knife, a handkerchief, and a lighter.

WHAT I WANTED TO BE WHEN I GREW UP: When I was in high school, I wanted to be an animator, or a war journalist. I am neither.

MY HEROES ARE: Christ, my father, my brother and George Herriman (look him up!)

BOOKS ON MY NIGHT STAND: I don’t own a nightstand, but I have a small library in my one room cabin and the list is way too long.

SONGS ON MY PLAYLIST: I don’t keep a playlist, I let songs by others come to me organically, through suggestions from friends or other ways.

FAVORITE TV SHOW: I don’t really watch television, but I have seen some series on Netflix and I must say that the cartoon, "Bob's Burgers" is probably the best show in the last 15 or so years. It always ends with the family coming together despite the odds, and the dad, although somewhat bumbling and foolish, ends up being the hero. It has quite important things to say for a hilarious cartoon. I think we need things like that.

FAVORITE SONG/GENRE OF MUSIC: I love traditional church hymns and gospel blues. Irish music rents a large room in my heart, right next door to New England sea shanties, and folk music of that sort.

FAVORITE QUOTATION: “So every bondman in his own hand bears the power to cancel his captivity,”— William Shakespeare, Julius Caesar, Act I, scene 3

MY FAVORITE THING ABOUT OUR LITTLE CORNER OF THE WORLD: The downtown area — around the library and the park.

CAN’T LIVE WITHOUT: The forest.

LITTLE KNOWN FACT ABOUT ME: I fell from a second story window when I was two years old, and landed between a rock and a walkway into a flower bed.

BEST ADVICE I EVER RECEIVED: It was not so much advice as it was insight … "People will do what they want.” I think of that often.

ADVICE I BEST LIKE TO GIVE: I’m not qualified to give anyone advice, so there’s no “best" advice, but If I could encourage anyone, or offer them hope, I'd tell them that they are beyond valuable and that they are worthy of being loved just as they are.

IF I RULED THE WORLD I WOULD: Abdicate the throne, because I would be a terrible ruler.

IF I WON THE LOTTERY, THE FIRST THING I WOULD DO IS: Buy my parents' house, set them up for retirement, pay off all my debts and give my sons something that they can call their own and be able to pass on to their children.

ALWAYS IN MY FRIDGE: An egg, and a withered crown of broccoli.

IF I COULD HOST A DINNER PARTY WITH A GROUP OF PEOPLE FROM THE PAST, PRESENT OR FUTURE, I WOULD INVITE: I would invite everyone I have met over the course of my lifetime. It would be set deep in the woods around the longest expanse of Gothic table and chairs and no one would be at the head. We would all feast for days. And talk and drink and love. There would be never-ending wine and food from all around the globe, no one would go hungry, or be uncomfortable and it wouldn’t rain or snow. That way we could all speak with one another for hours on end. I think that would be a great setting for a play.