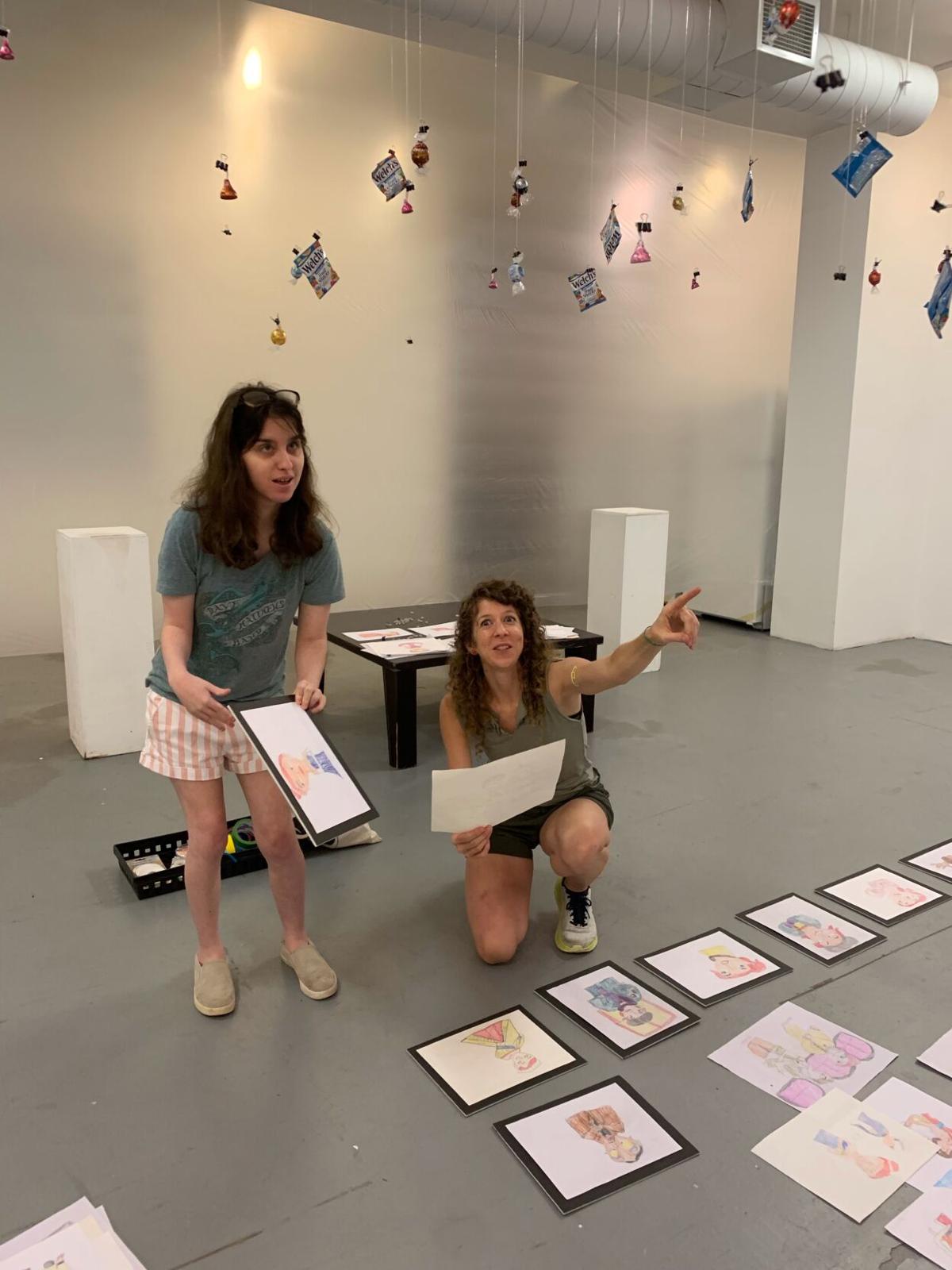 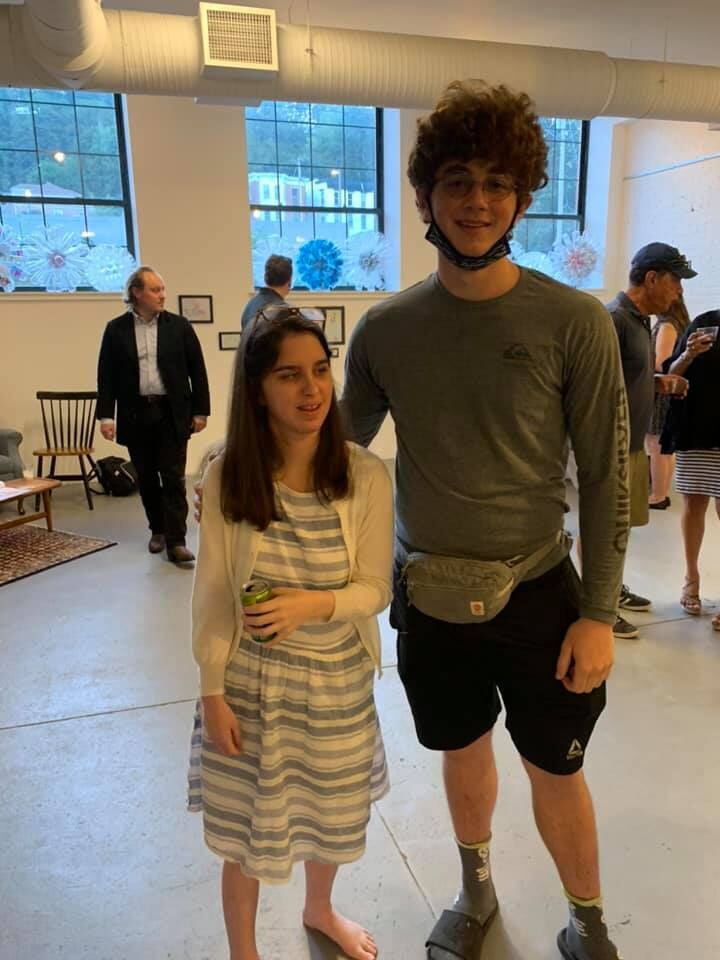 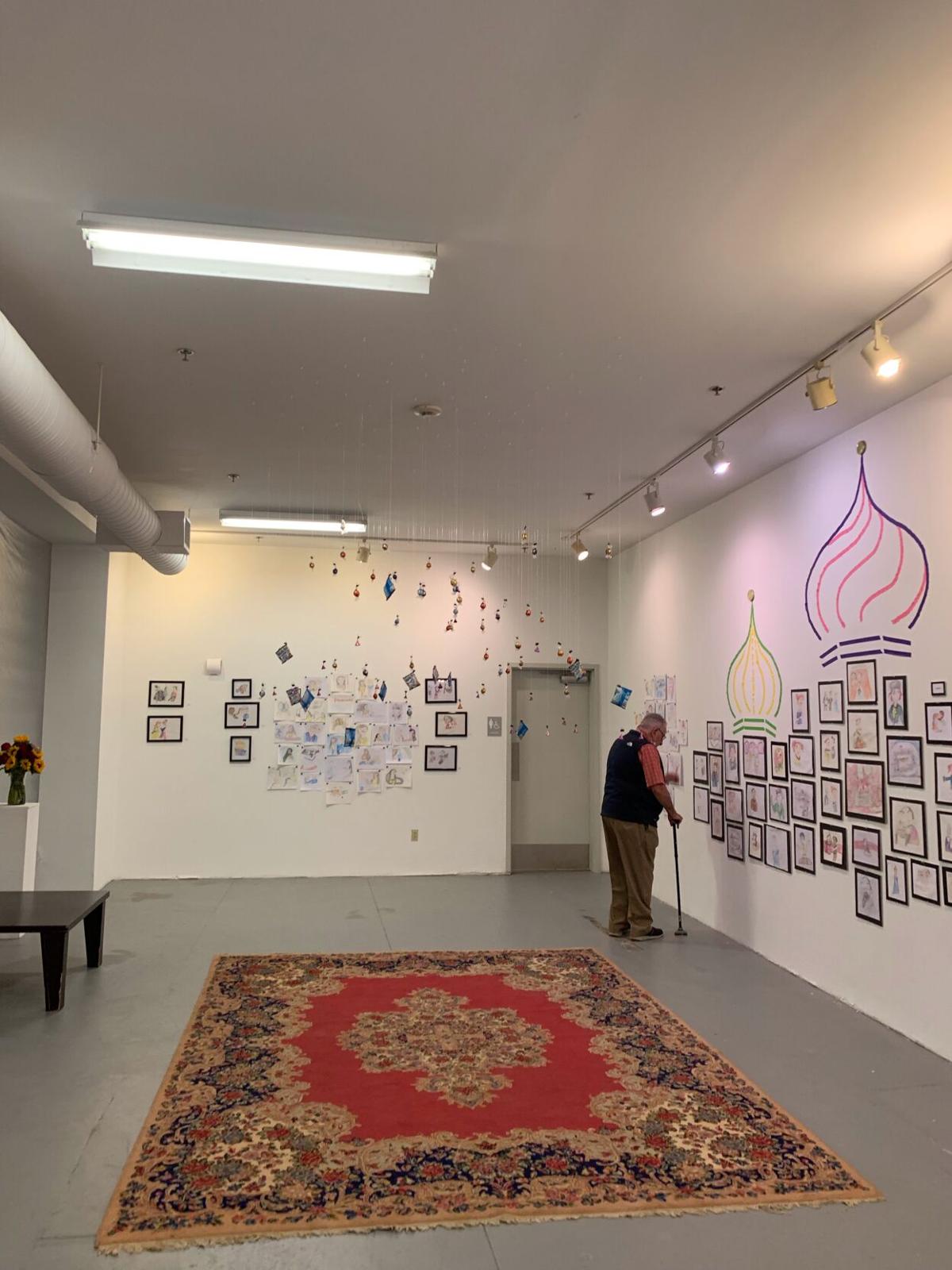 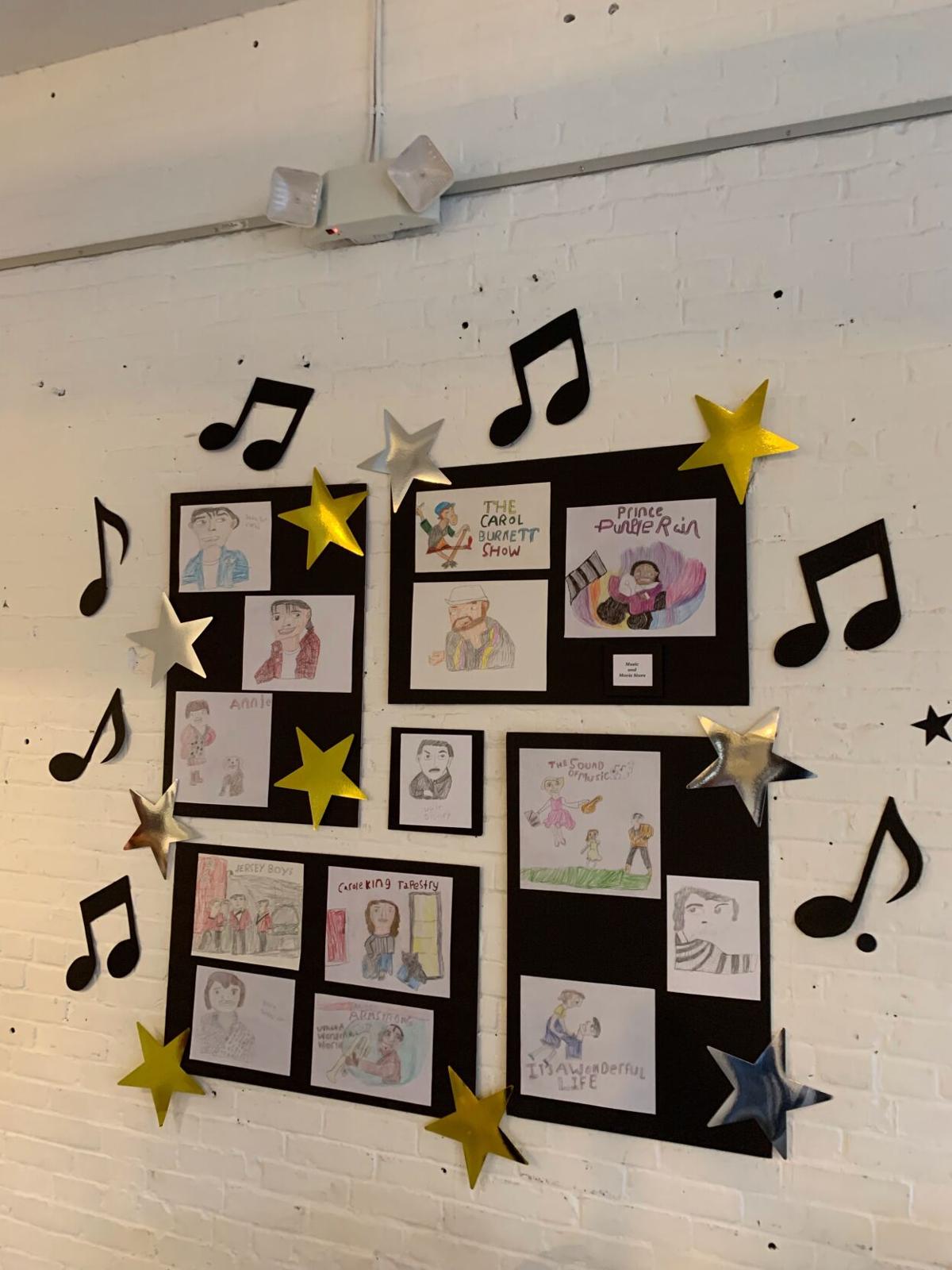 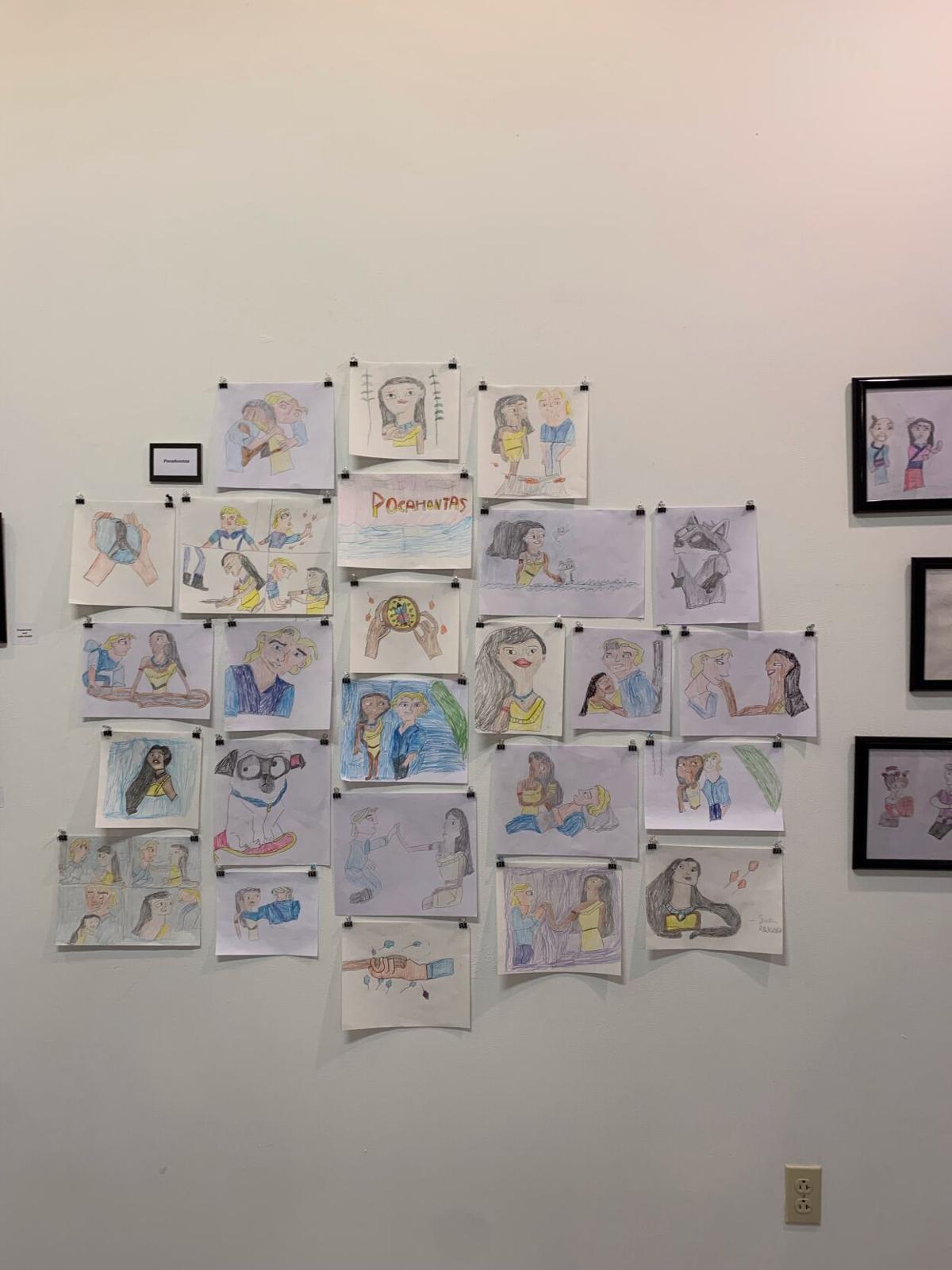 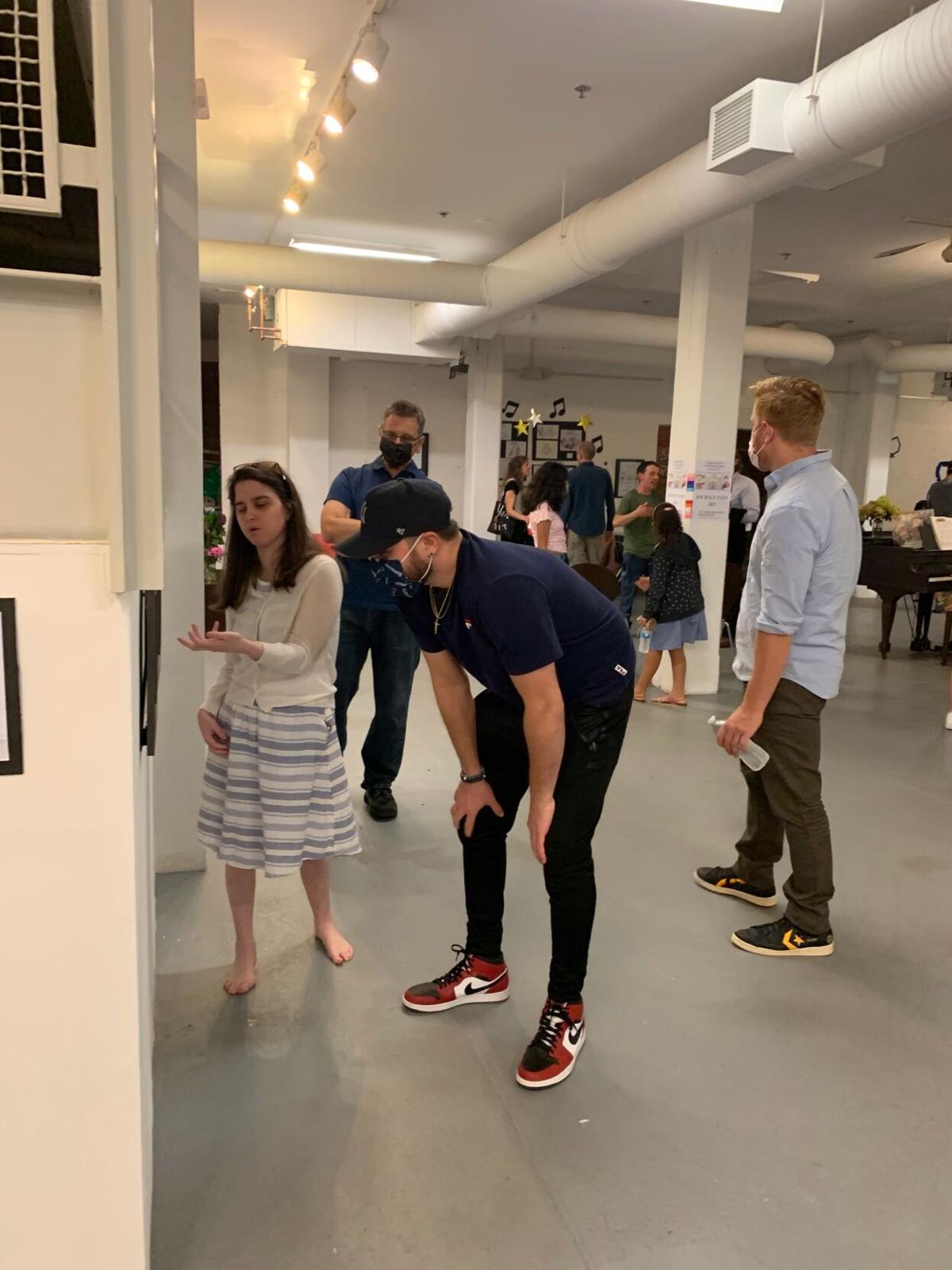 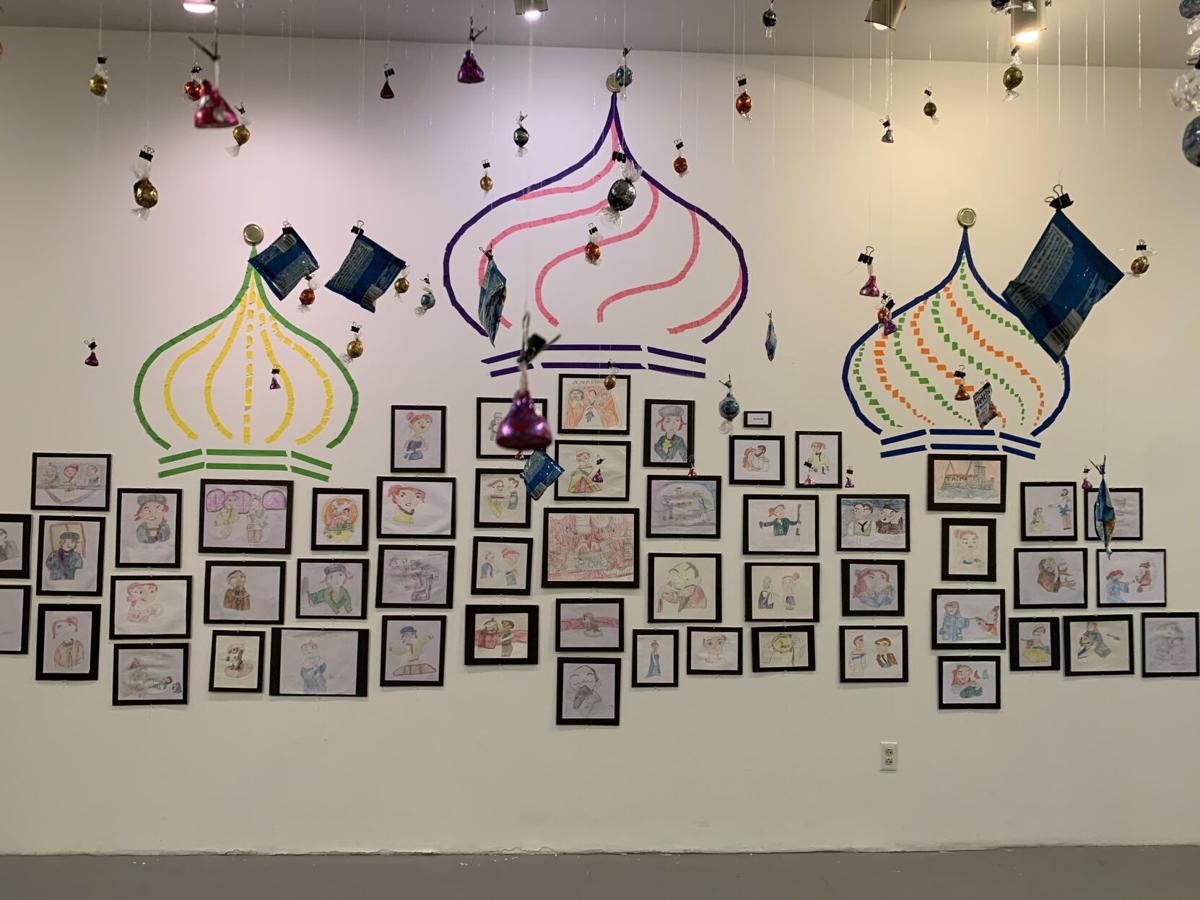 The Art Space Gallery of Norwich is hosting an exhibit featuring the work of Westerly artist Sara Lucia Rekstis through the end of next week.

Artist Suzanne Boada, artist-in-residence of Art Space Gallery and the volunteer coordinator, said when she was introduced to Sara's work by fellow artist Sean Kelley (a painter and a butcher who works at Salem Prime Cuts in Salem, Conn., and was crowned champion in the History Channel's "The Butcher" reality competition in 2019), she was so impressed that she invited Sara to have her own exhibit in the gallery.

"Her work is so beautiful and expressive," Boada said. "She's prolific, she's dedicated and she's able to capture emotional expressions so beautifully. She is so inspiring."

Sara, standing with Suzanne, can be seen in the first photo preparing for the show. The other photos show some of Sara's work hanging on the walls of the gallery and some of the friends and family members who attended the opening night reception, including, in second photo, Sara with her cousin, Christopher Celico of Westerly.

Boada said anyone interested in seeing the show can contact her at 860-823-8615. Sara is the daughter of Gina and Pete Rekstis of Westerly.

(Editor's note: Next week, we'll share photos of some of the guests who attended the opening night reception of Sara's show.)

Atlantic Beach Park celebrates 100 years of fun in the sun

In the Easy Chair with Ashley Dupler

In My Own Shoes: Are you asleep, awake, or ‘woke’?

Postscripts: Sergio Franchi estate, long a musical haven, was once purchased for a song