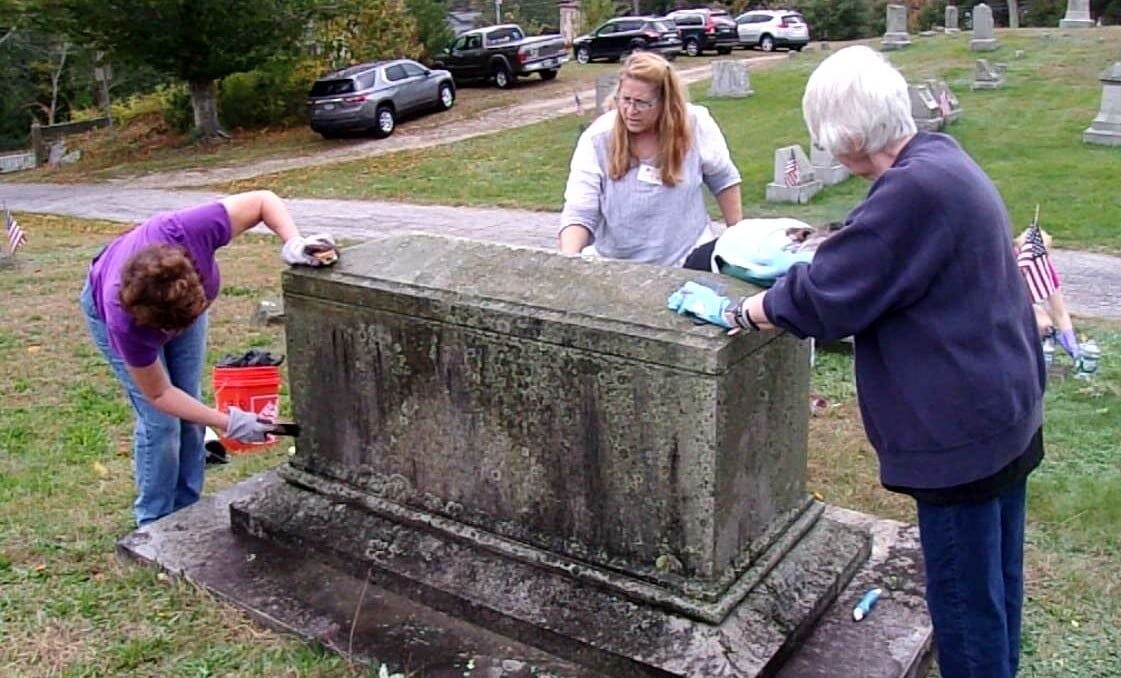 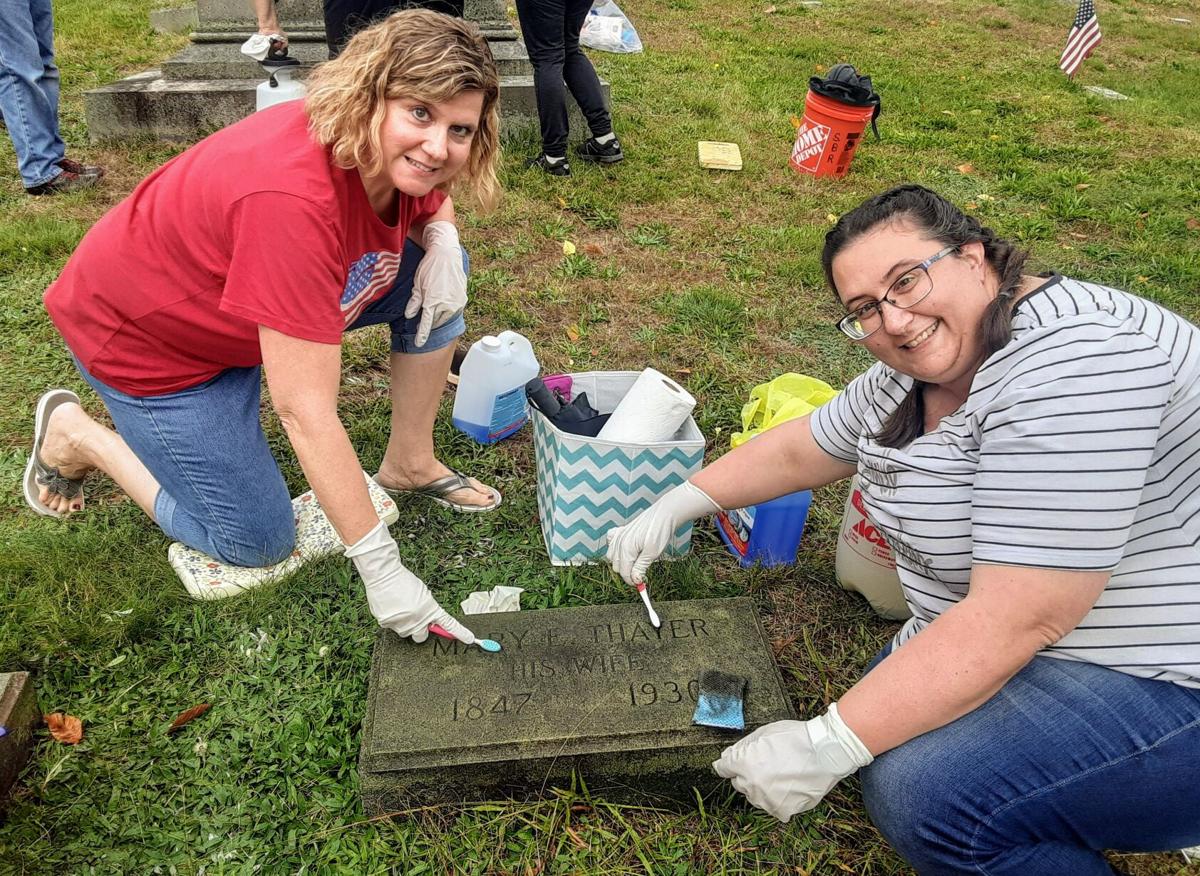 The Phebe Greene Ward Chapter of the Rhode Island Daughter’s of the American Revolution completed their National DAR Day of Service this month at the Pine Grove Cemetery in Hopkinton recently when members cleaned the gravestones of the Allen Family as part of their “Service to America” project.

In 1896, Mary Elizabeth Thayer Allen served as Organizing Regent for the Phebe Greene Ward Chapter. Her husband, Edwin Allen, who served in the Civil War and was the town clerk of Hopkinton for 50 years, also served as the Lt. Gov. of Rhode Island for two terms. His stone and those of the Allens' two sons were also cleaned as part of the project.  A DAR grave marker has been ordered for Mary Elizabeth Allen and will be placed with a ceremony at a later date.

“The Phebe Greene Ward Chapter of the RIDAR is happy to continue our long tradition of ‘Service to America’ in our local community,” commented Dee Lee, Chapter Regent for Phebe Greene Ward in Westerly.  “We are grateful to have a strong, active membership base that cares deeply about Westerly and the surrounding communities, and we were so humbled to have the opportunity to honor our founder and her family by cleaning their gravestones.”

In addition to the gravestone cleaning, members contributed men’s and women’s wool socks and underwear to the Westerly WARM Center as part of their service project. The Daughters of the American Revolution is a lineage-based organization whose members are descended from the patriots who won American independence during the Revolutionary War. The organization welcomes new members and is happy to support genealogy searches in order to prove ancestral lineage. For more information about the Phebe Greene Ward Chapter or to join the group, visit www.ridar.org/phebegreeneward.