Skip to main content
You are the owner of this article.
Edit Article Add New Article
You have permission to edit this article.
Edit
Welcome, Guest
Home
News
Sports
Obits
Opinion
Photos
Classifieds
Things to Do
Special Sections
More
1 of 9 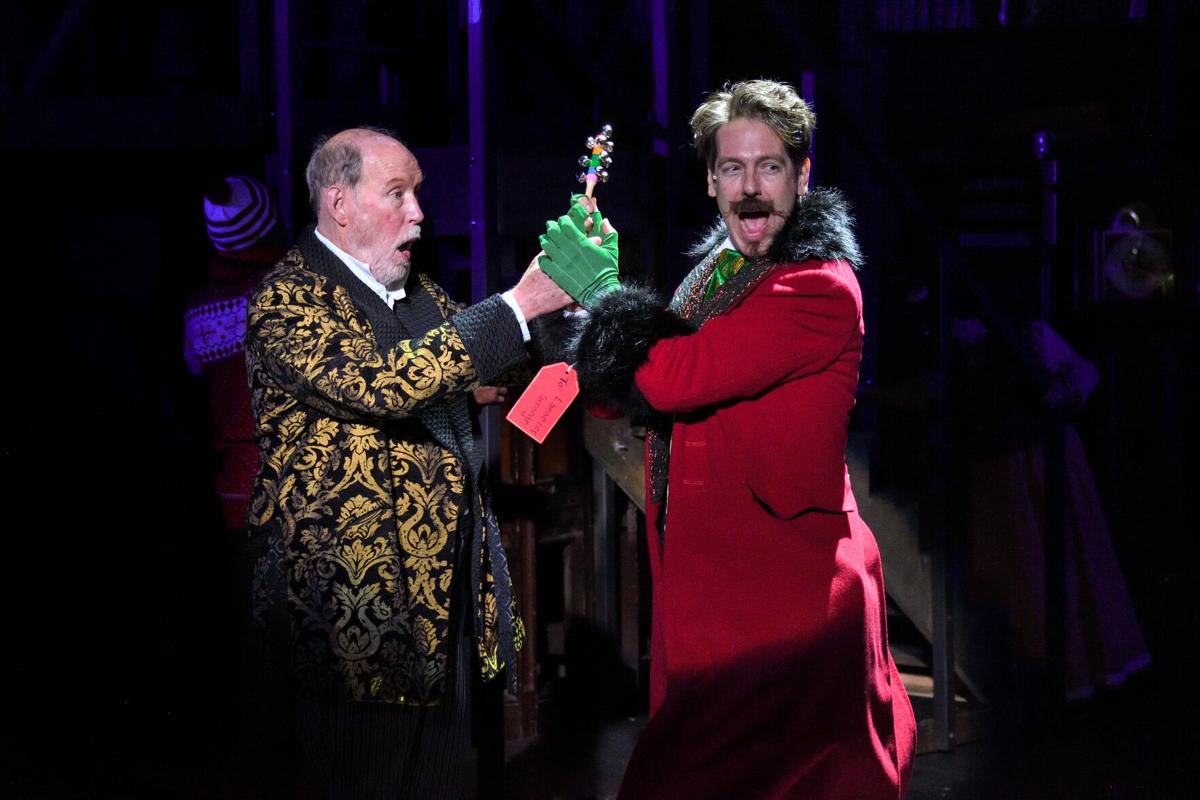 Timothy Crowe as Ebenezer Scrooge and Stephen Thorne as the Ghost of Christmas Present.Photo by Mark Turek. 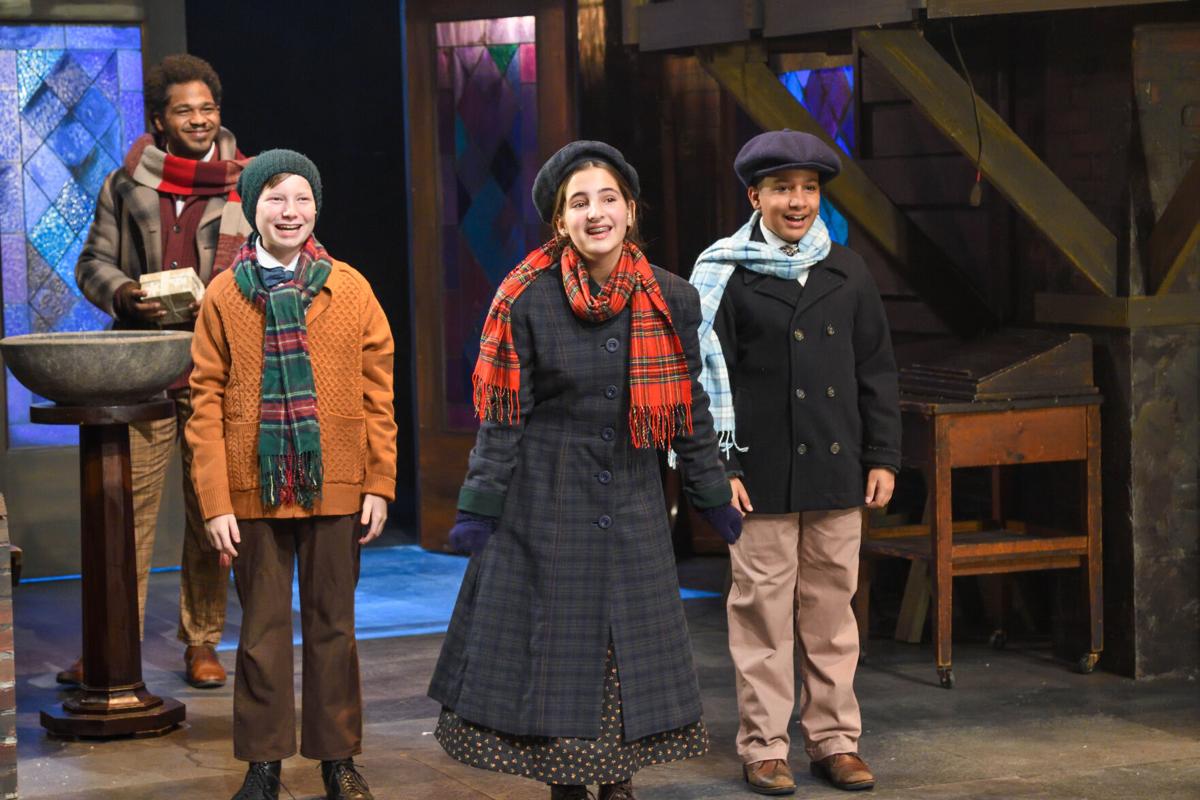 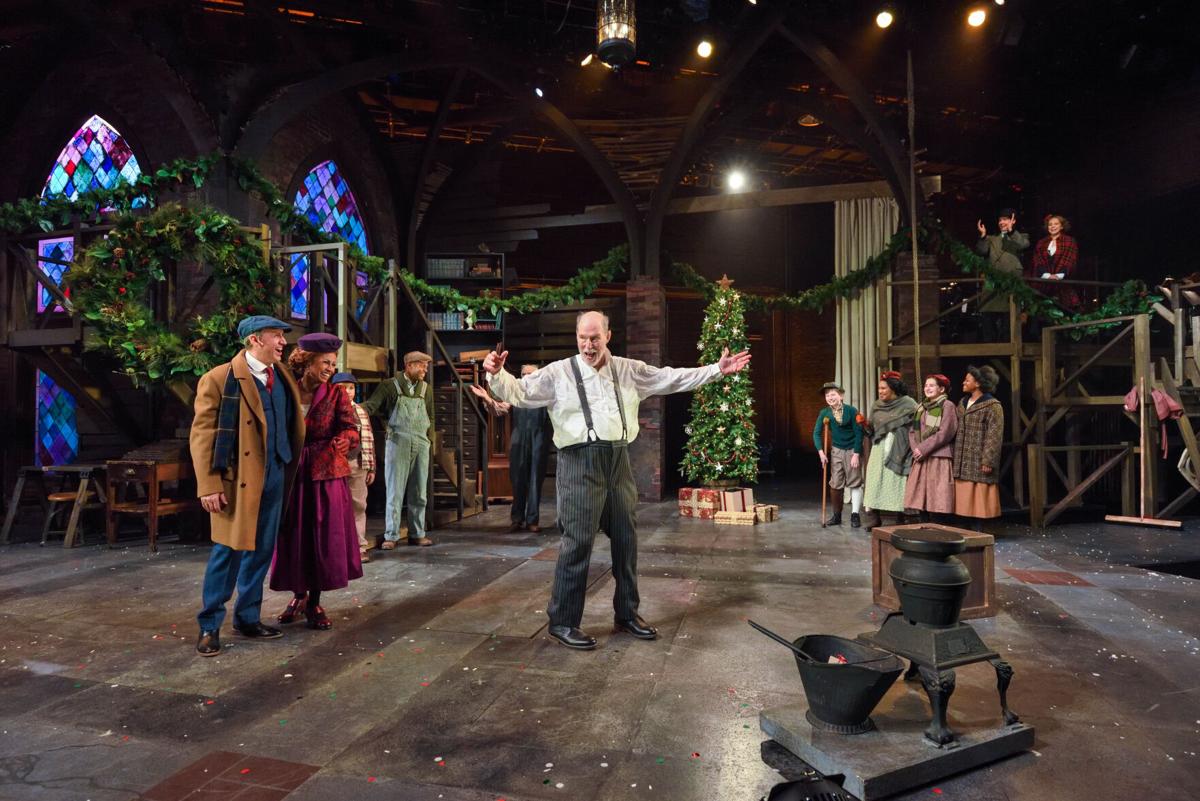 The company of A Christmas Carol in the finale. Photo by Mark Turek. 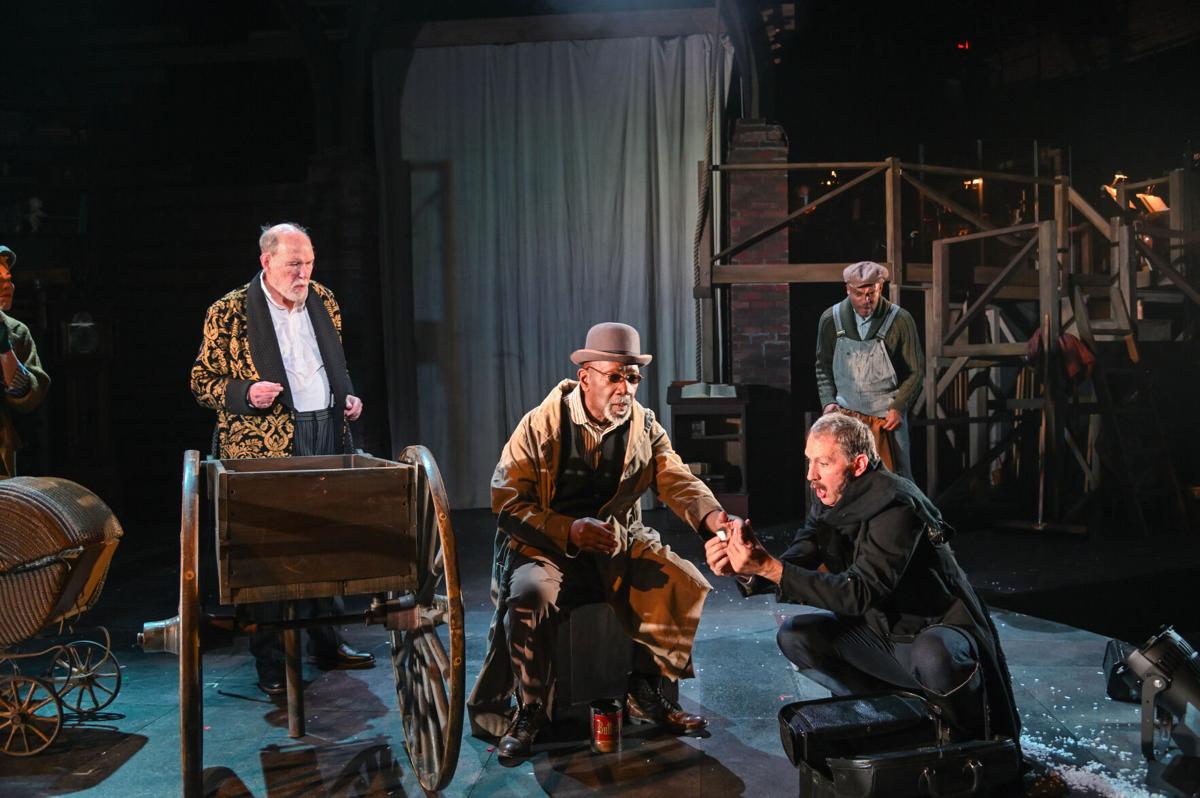 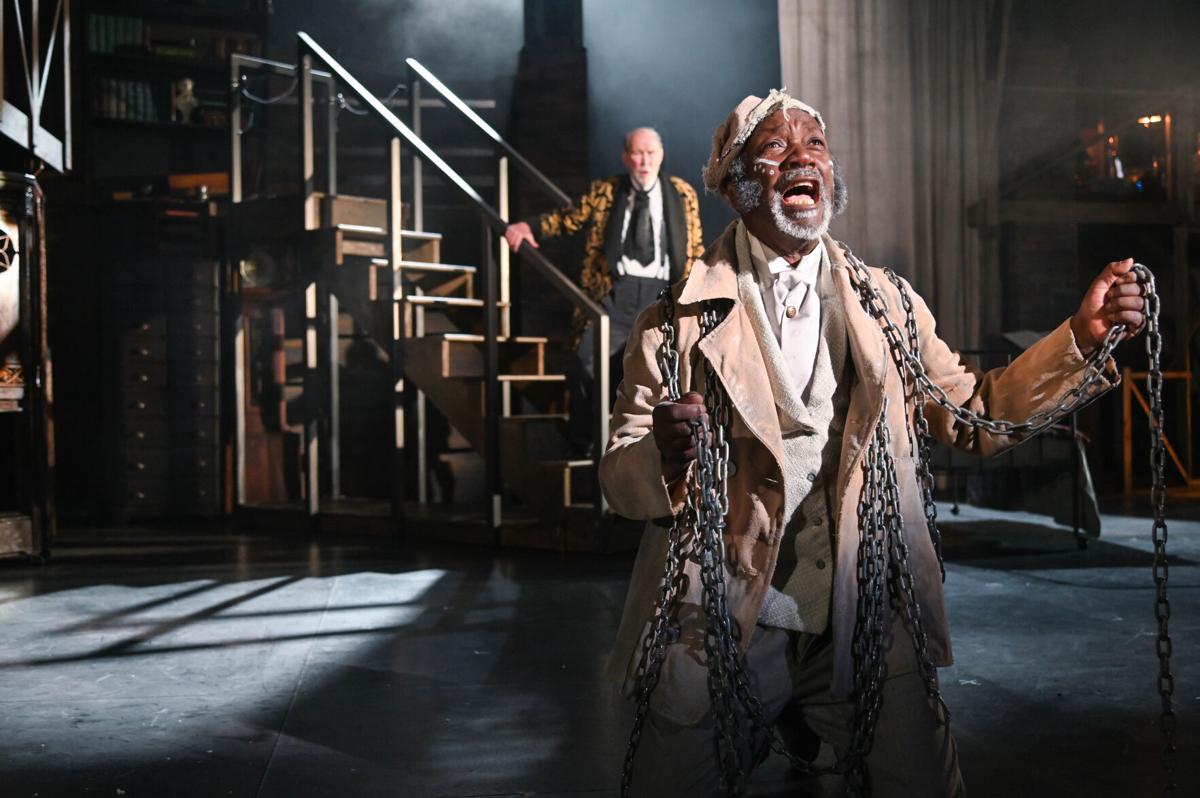 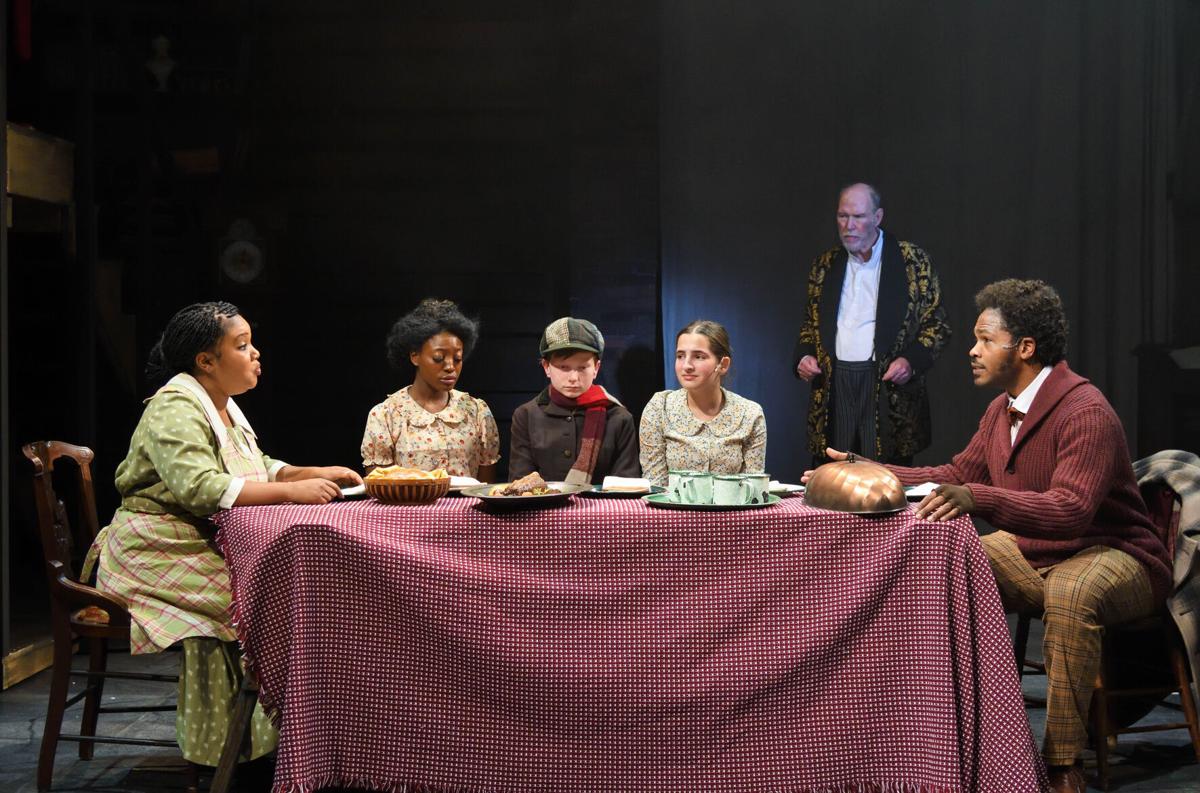 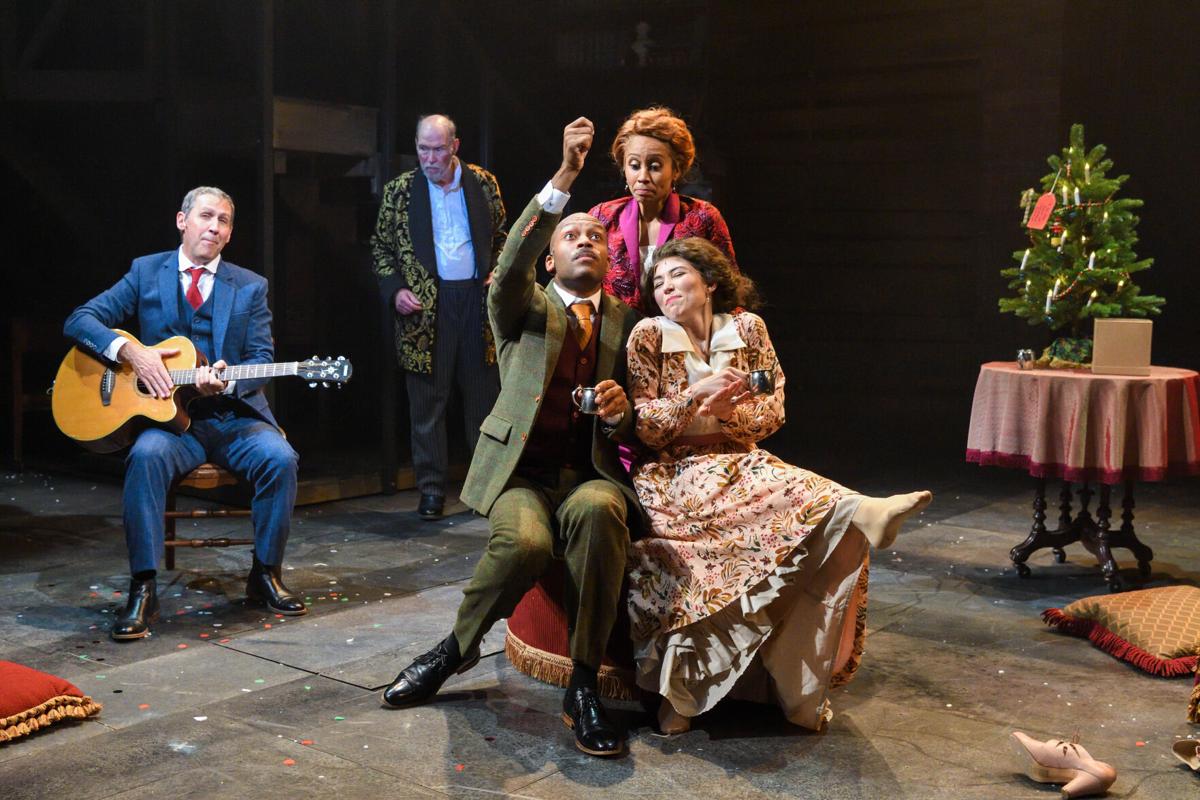 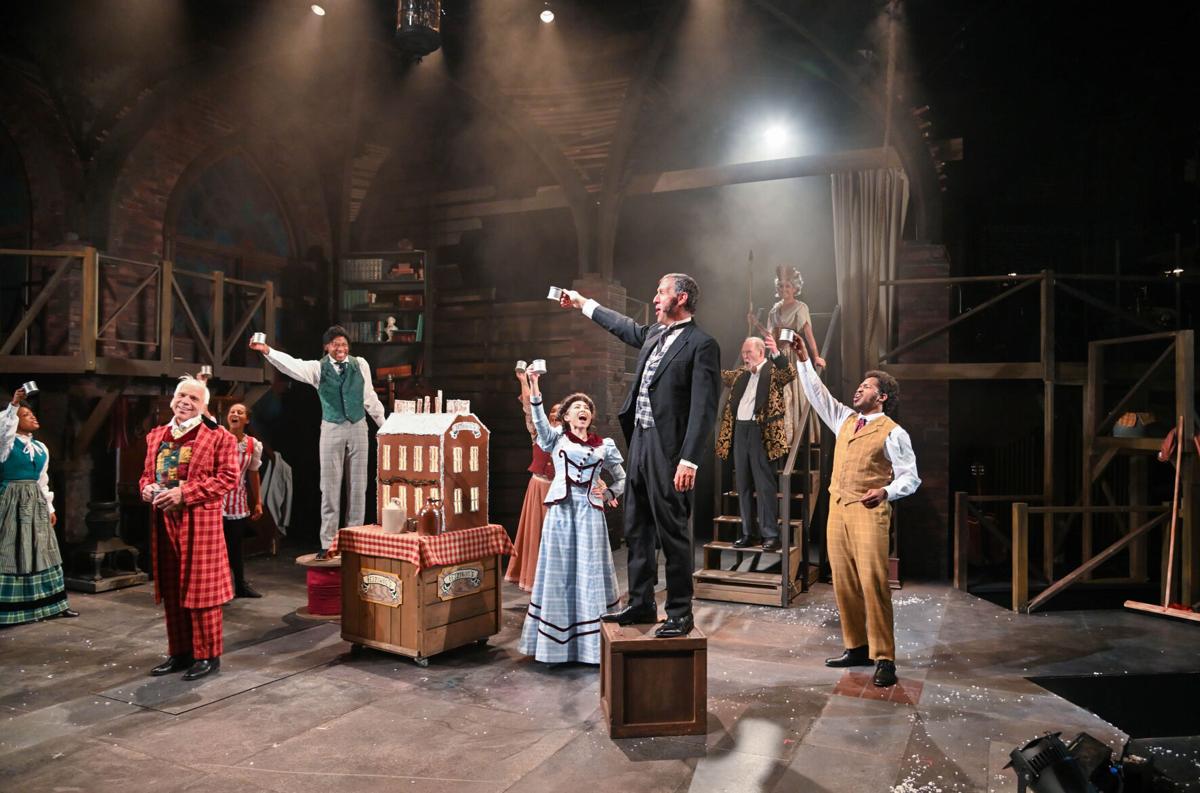 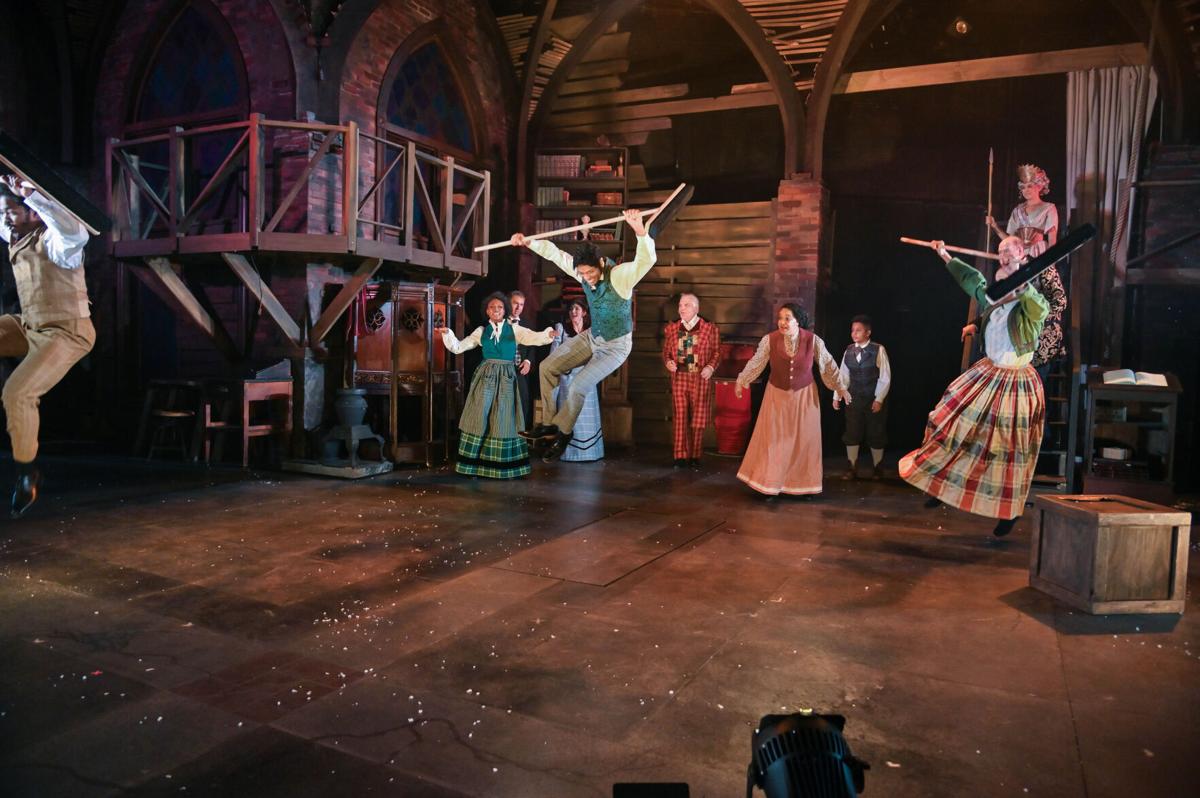 Timothy Crowe as Ebenezer Scrooge and Stephen Thorne as the Ghost of Christmas Present.Photo by Mark Turek.

The company of A Christmas Carol in the finale. Photo by Mark Turek.

This article has been updated from the Nov. 18 print version to include a correction and omission.

PROVIDENCE — It was bound to be an exciting evening at Trinity Rep. It was, after all, the company's first live performance in nearly two years, and it was the opening night of the play with the magic and power to make grown men cry.

But Trinity's 2021 version of "A Christmas Carol" — its 45th annual holiday production of the classic Dickens tale that urges us to search for hope and kindness in a weary world — is much more than exciting.

With a stunning set reminiscent of Hogwarts School of Witchcraft and Wizardry, a glorious dance number (featuring brooms!) not soon to be forgotten, a dazzling trapeze number, fabulous music that runs the gamut from "My Favorite Things" to "Pennies from Heaven" to a powerful version of the Civil Rights anthem "Ain't Gonna Let Nobody Turn Me Round" — and top-notch performances from Timothy Crowe (Ebenezer Scrooge); Stephen Thorne (Solicitor for the Poor, Ghost of Christmas Present and Poor Husband); Ricardo Pitts-Wiley (Jacob Marley and Old Joe); Ava Gaudet (Solicitor for the Poor, Ghost of Past, Poor Wife); Rodney Witherspoon II (Bob Cratchit) and Taavon Gamble (who served as choreographer in addition to playing the Charman, Young Marley and Topper), this year's show is spectacular, triumphant ... and the perfect remedy for those of us still recovering from this ongoing gloomy, deadly pandemic.

The sound effects — from the howling wind to the booming thunder and crackling lightning — and the costumes — think traditional period garb mixed with ugly Christmas sweaters — add the perfect punch.

Casting Black men — Pitts-Wiley, Witherspoon and Gamble — as Marley and Bob Cratchit had the effect director Joe Wilson Jr. was aiming for, to illustrate the power dynamics of Dickens' era still present in today in certain ways.

Thrilling, emotional, political, and so well done, this year's version of "A Christmas Carol" perfectly "celebrates tradition and ritual as a means of finding hope, renewal and reaffirmation in our commitment to our fellow man," just as Wilson hoped it would.

In addition to the excellent acting, directing, singing and dancing, the beauty of Trinity's original version of "A Christmas Carol" is the clear reminder of our personal responsibility at this time of year: to keep the spirit of Christmas alive, with charity, kindness and generosity.

WHAT: "A Christmas Carol," at Trinity Rep.

TICKETS: Start at $27 and are available online at trinityrep.com/carol or by contacting the ticket office at 401-351-4242.

Letter: May this be the last year abortion is legal

Letter: Only you can prevent global warming