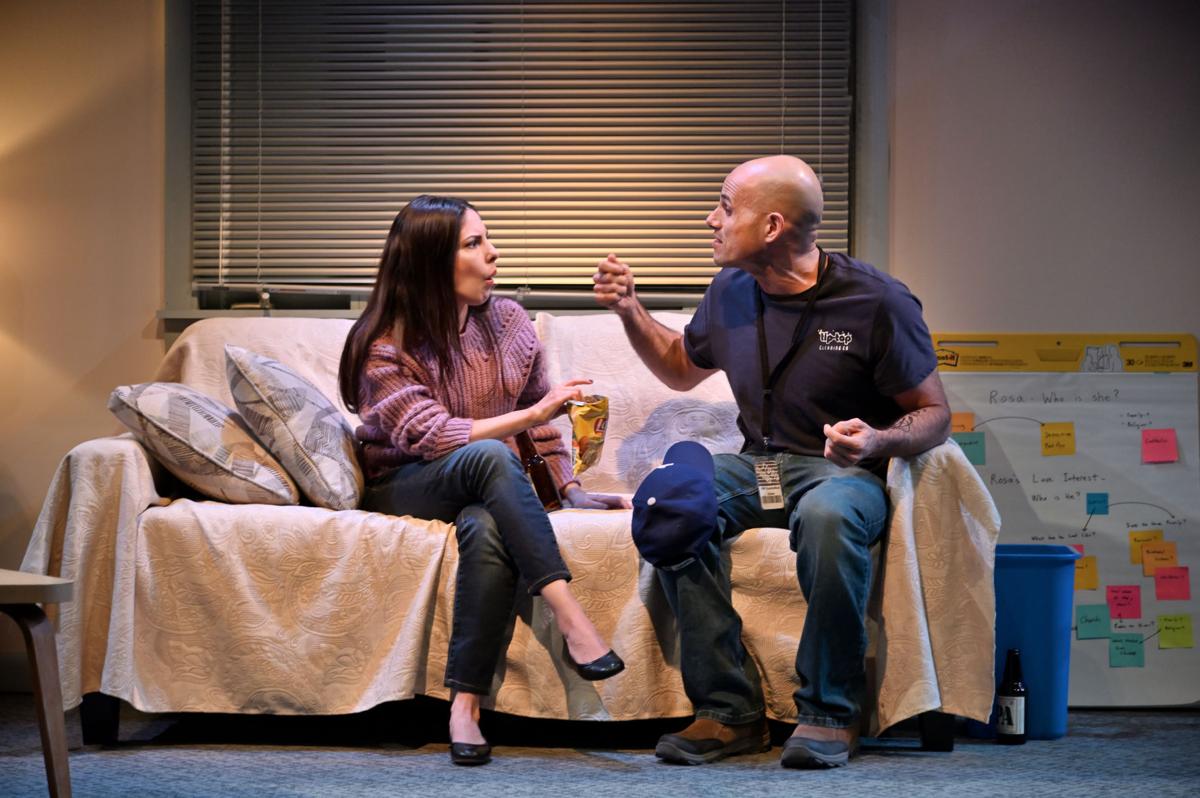 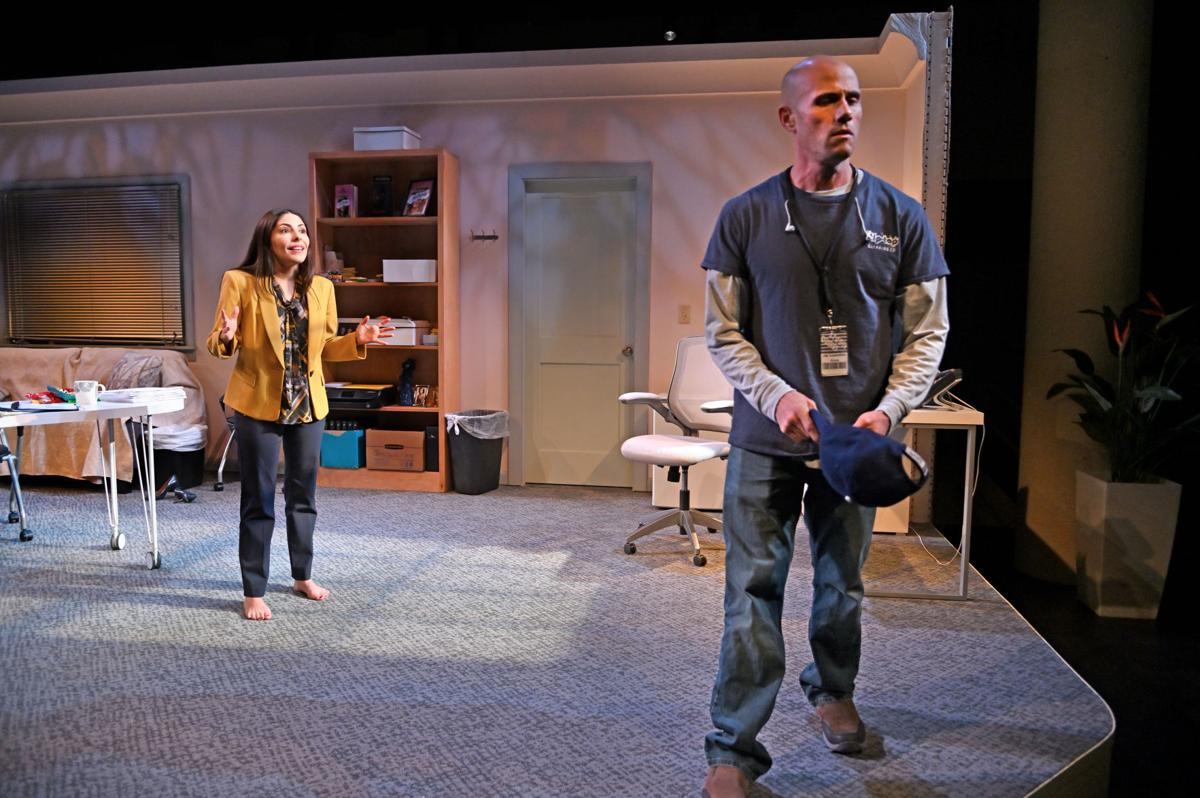 Searching for an unusual gift for your partner, spouse or best friend? Something a little different? Buy tickets to see Tanya Saracho's two-character play "Fade," on stage at Trinity Repertory Company through Jan. 5. But tag along too, for this is a play you won't want to miss. You might even want to brush up on your Spanish and see it again so you can catch what you might have missed the first time around. A fast-moving, cleverly-written drama, Saracho's play will also give you plenty to discuss and debate.

Surprisingly poignant and wildly funny, "Fade," challenges us to think about our prejudices — but in a playful, thoughtful, often hilarious fashion.

Meticulously directed by Tatyana-Marie Carlo, "Fade," features the superb acting of Elia Saldana in the role of Lucia — a Mexican-born novelist who has just moved to Los Angeles to try her hand at writing for TV — and Daniel Duque-Estrada as Abel, the brooding, tatooed, Latino janitor who vacuums Lucia's office.

As we watch their relationship grow and develop, we witness Lucia, who had been living in Chicago prior to her cross-country move, transition from a frantic, insecure, L.A-hating, TV-world neophyte to a composed, sophisticated, award-winning script writer. Saldana is exquisite.

At the same time, we see Abel slowly and heart-breakingly open himself up to Lucia, revealing intimate things about himself bit by bit. Duque-Estrada gives a beautiful, powerful, sensitive performance as Abel, who was born in L.A., identifies as Mexican and is — at first — amused by Lucia's complaints.

"They call me 'Mamacita!'" Lucia shouts after telling Abel that she hates sunshine and palm trees.

When she tells him how a colleague told her she was the "diversity hire," a bewildered Abel responds:

"Mostly I know people who don't get jobs because they are Mexican."

As the play progresses — which it does rapidly — we are at turns amused and horrified, but always riveted.

At first, when Abel agrees to let Lucia use him and his story for fodder in the L.A. crime drama she is writing, it seems okay. Later ... not so much.

Serious and weighty, silly and fun, this is also a play about reversals. When Lucia complains that her waitress wouldn't respond to her in Spanish, even though she looked "Hispanic," Abel says; "Sometimes they don't want us to speak Spanish."

When he challenges her for using the word "Hispanic," she says she's "not going to get into the whole Hispanic, Latina, Latinx thing."

When Abel describes his ex-wife to Lucia, he does so using stereotypes.

I do want to caution that the piece about domestic violence is troubling and confusing, but it is also one of the many pieces that will prompt those debates I mentioned earlier.

Knowing a bit about the playwright ahead of time can add to the overall understanding and appreciation of "Fade," which is somewhat autobiographical. Saracho is a playwright and television writer who has worked on "Girls," "How to Get Away With Murder," and HBO's "Looking." She is the founder of Teatro Luna (all-Latina theater company) as well as the founder of ALTA (Alliance of Latino Theatre Artists.)

In his "To My Friends" letter, Trinity Artistic Director Curt Columbus tells us that Saracho "has a fascinating biography that is often woven into her work."

Born in Mexico, "to a very high-powered government official," Columbus writes, Saracho "has written and spoken about the privilege of this upbringing and its many complexities. Later, after her parents’ divorce, she lived with her mother in Texas and led a transnational life, between Mexico and the United States, throughout her teenage years. This perspective informs her characters and her plays, bringing to the stage stories that are not told usually in mainstream, white European media."

WHAT: "Fade," a play by Tanya Saracho.

Letter: Woman touched by the kindness extended to her

Woman charged with DUI after erratic driving in downtown Westerly