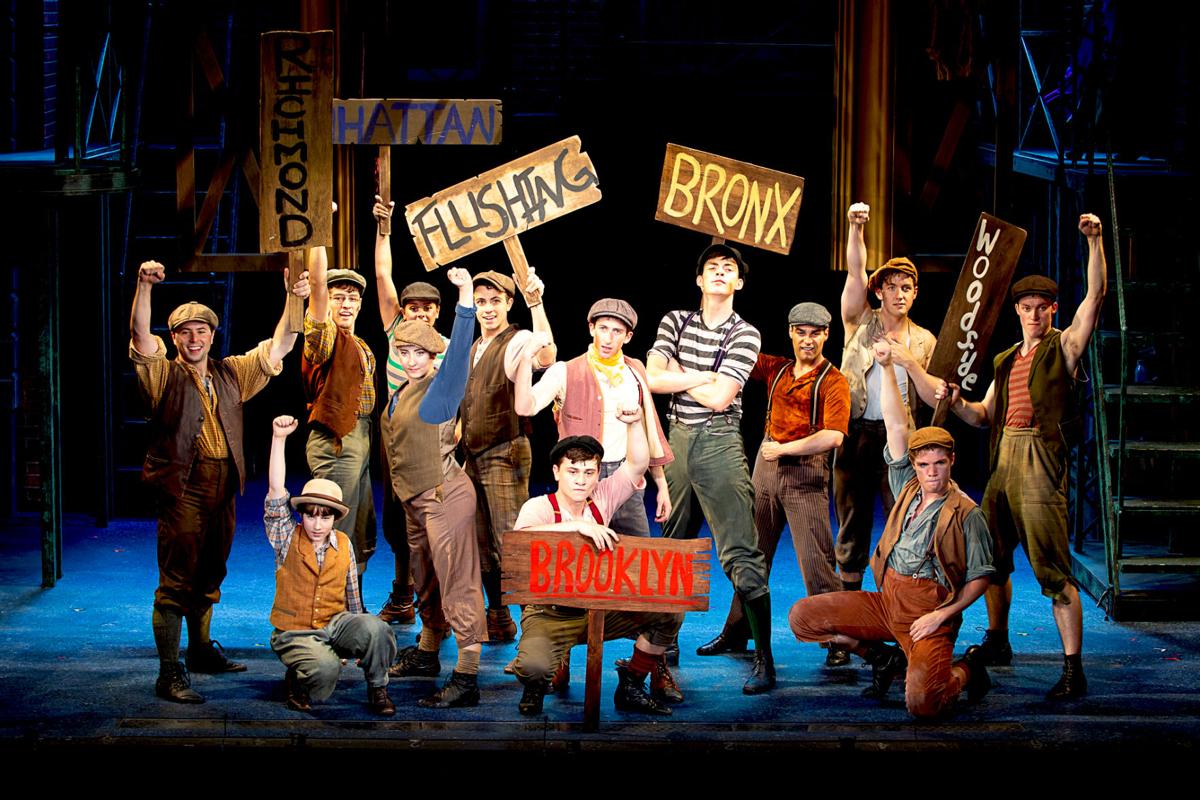 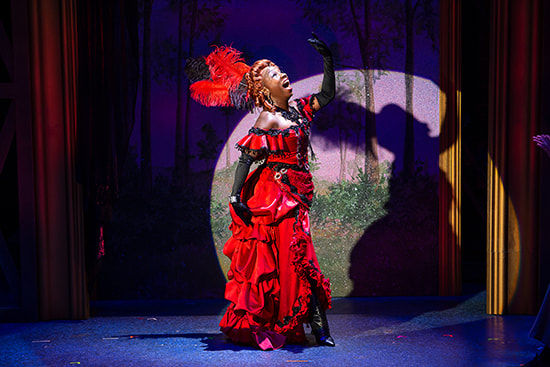 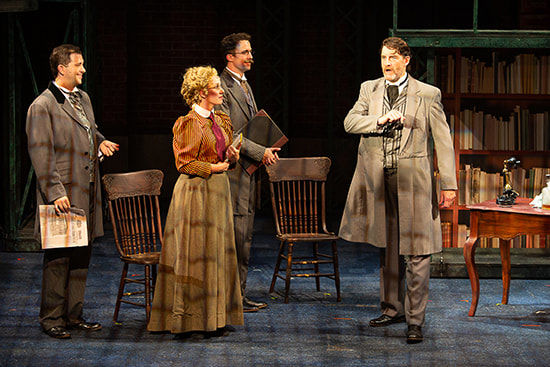 I'll admit to being a tad sentimental when it comes to stories centered around newspapers, so when I walked into Theatre by the Sea Tuesday night, I was prepared to enjoy "Newsies," but I had no idea just how much I'd be entertained — and educated — by the latest offering at Matunuck's marvelous summer theater. The music, the dancing, the acting, the songs, the costumes, the sets and the orchestra are fabulous, and the history lesson is welcome. What a triumph.

Inspired by a real-life event —  the 1899 New York City newsboys’ strike — "Newsies" is a thought-provoking jewel of a show. One that left me thinking about the days when newspapers (called "papes" in this play) were an essential part of everyday life and publishers with names like Joseph Pulitzer and William Randolph Hearst were revered (although their practices were questionable). The days when paperboys (newsies) hawked their papers on street corners, when child labor laws were forming and unions were beginning to gain strength. Back (?) in the days of juvenile detention centers. Ahem.

When Pulitzer and Hearst raise the distribution price of newspapers charged to the delivery boys with the hopes of offsetting declining circulation, the charismatic, rabble-rousing Jack Kelly (Clay Roberts,) who already has something of a rap sheet for stealing bread and clothes for the poor kids in the detention centers, rallies the newsies from every borough to form a union and to strike.

Roberts, a New Zealand native who trained in Australia, makes a memorable Matunuck debut as Jack, the handsome leader of Manhattan's scrappy, rag-tag newsies. Although his tough-guy accent seemed a bit awkward initially, I got used to it pretty quickly and was enchanted by his charm and skill. From the moment Roberts sang "Santa Fe," in the opening scene — atop a tenement roof — with his pal, "Crutchie" (Joseph Allen, also making a Matunuck debut stars as the newsie with a disability) next to him, I was hooked. Then came his duet ("Something to Believe In") with new reporter Katherine Plumber (Katie Claire McGrath, also making her Theatre by the Sea debut, is superb) and my heart melted. Roberts is an excellent leading man and McGrath an excellent match. Plumber, somewhat of a feminist, has hopes that her story about the strike will land her in the newsroom covering "hard news."

As the ragamuffins (including Dean Cestari as Davey and the talented 11-year-old Matthew Packard as his brother, Les) jump and spin and hop and tap-dance across the stage in extraordinary synchronization, they tackle the greedy giants and triumph in the end.

Patrick Boll (seen recently on TV in in the 400th episode of "Law & Order: SVU" directed by Mariska Hargitay) makes for a fine Joseph Pulitzer; Ebony Deloney, another actor making a Matunuck debut, is a strong Medda Larkin, and Seth Lerner is a terrific Teddy Roosevelt.

It's always uplifting to see the little guy win over might. Add a love story (Harvey Fierstein wrote the book based on the Disney film written by Bob Tzundiker and Noni White), some dancing and music (especially by the great team of Alan Menken and Jack Feldman), and you've got a hit.

WHERE: Theatre By The Sea, 364 Cards Pond Road, Matunuck.

PHOTOS: A brand new look at The Elms in Westerly

Rhode Island gas prices down a penny over past week, AAA says