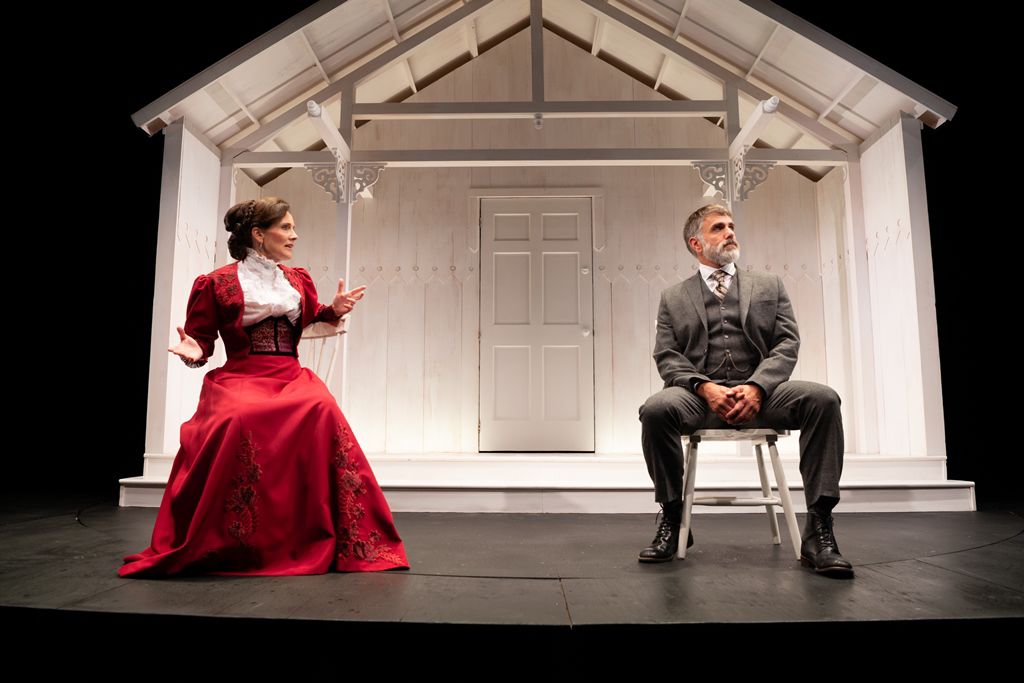 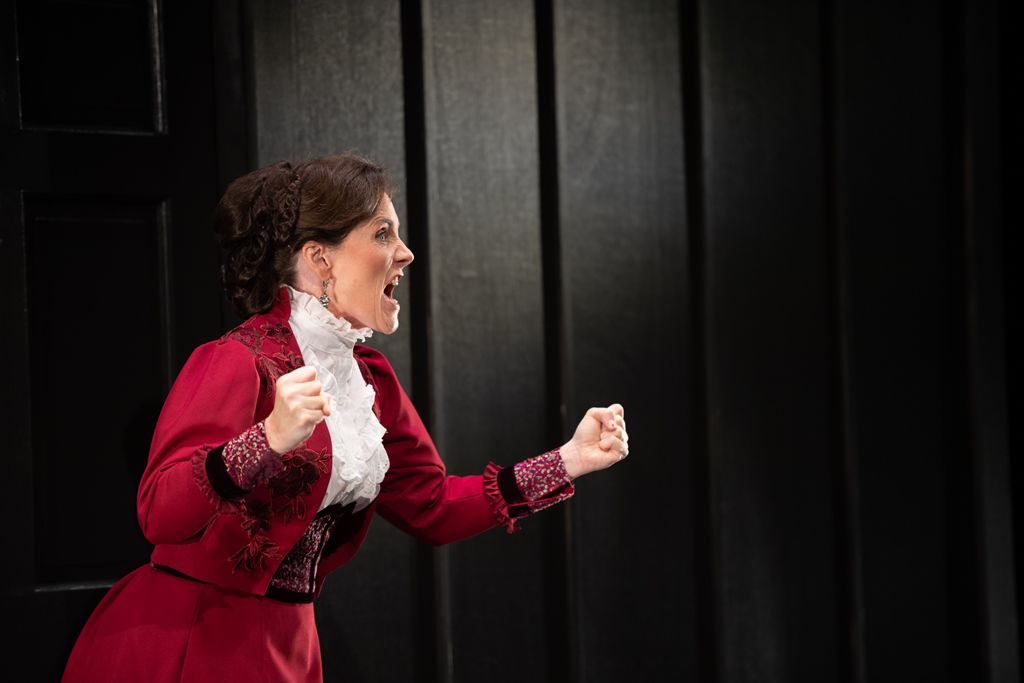 Jeanine Kane as Nora in “A Doll’s House, Part 2”. Photo by Peter Goldberg. 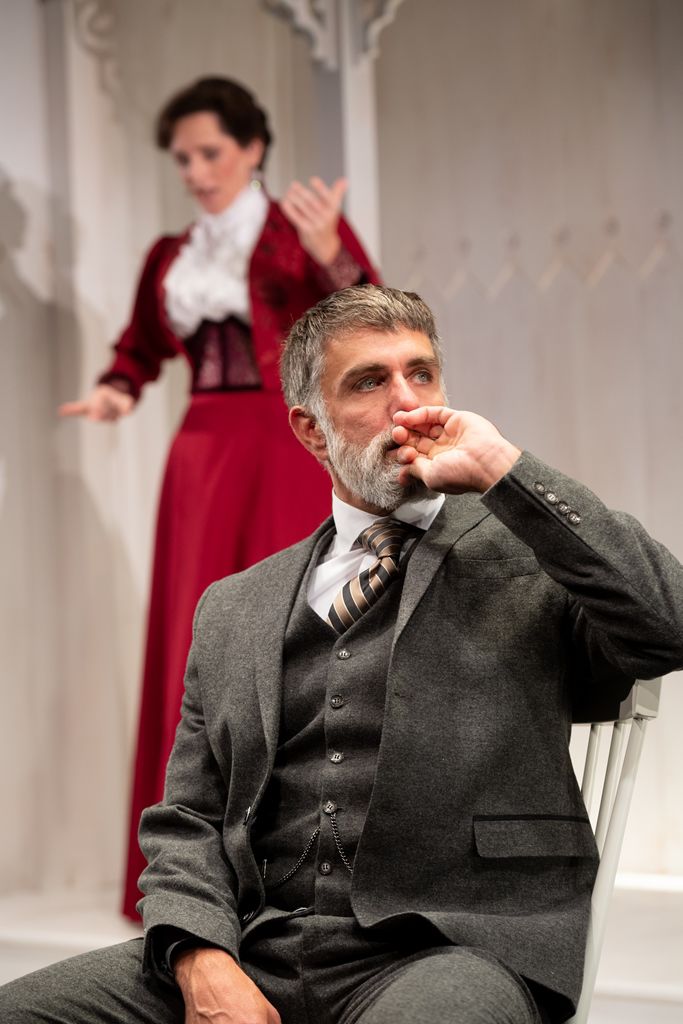 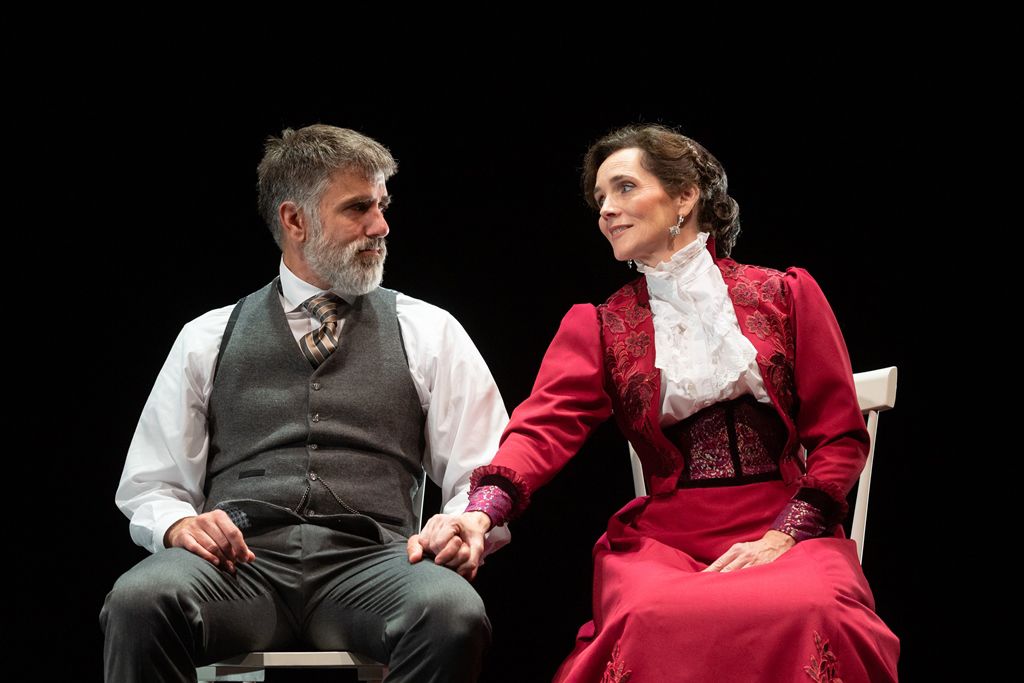 Steve Kidd as Torvald and Jeanine Kane as Nora. Photo by Peter Goldberg. 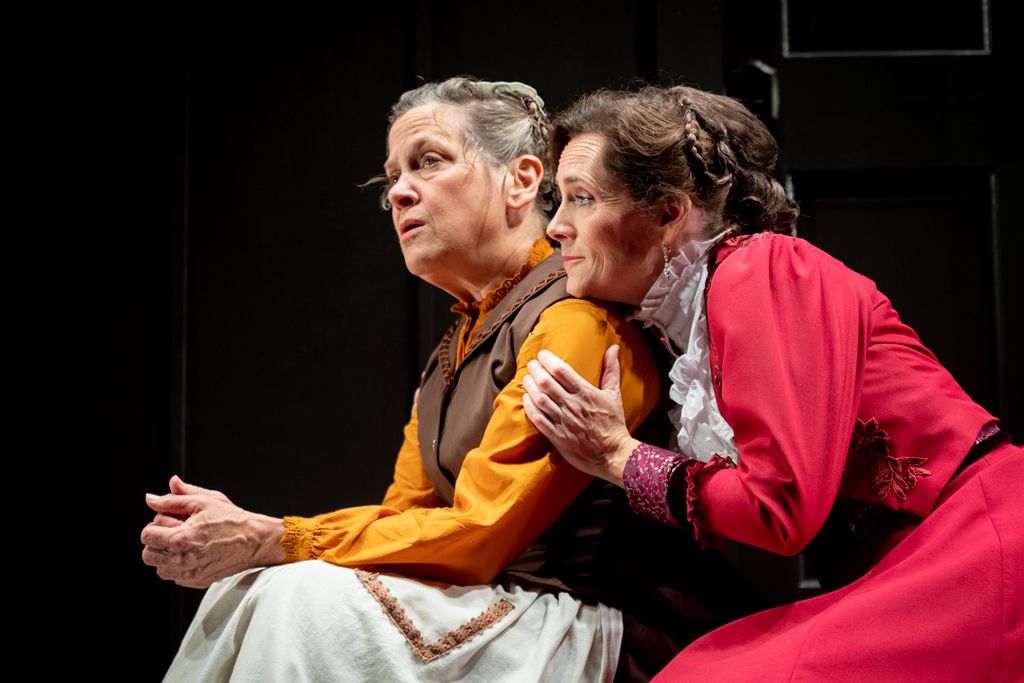 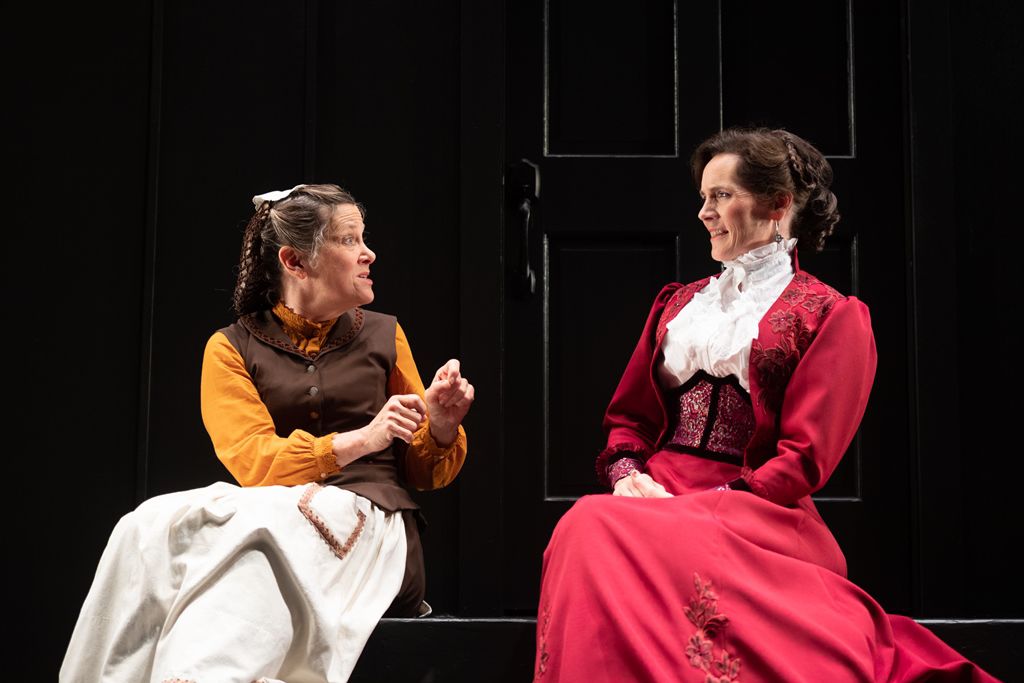 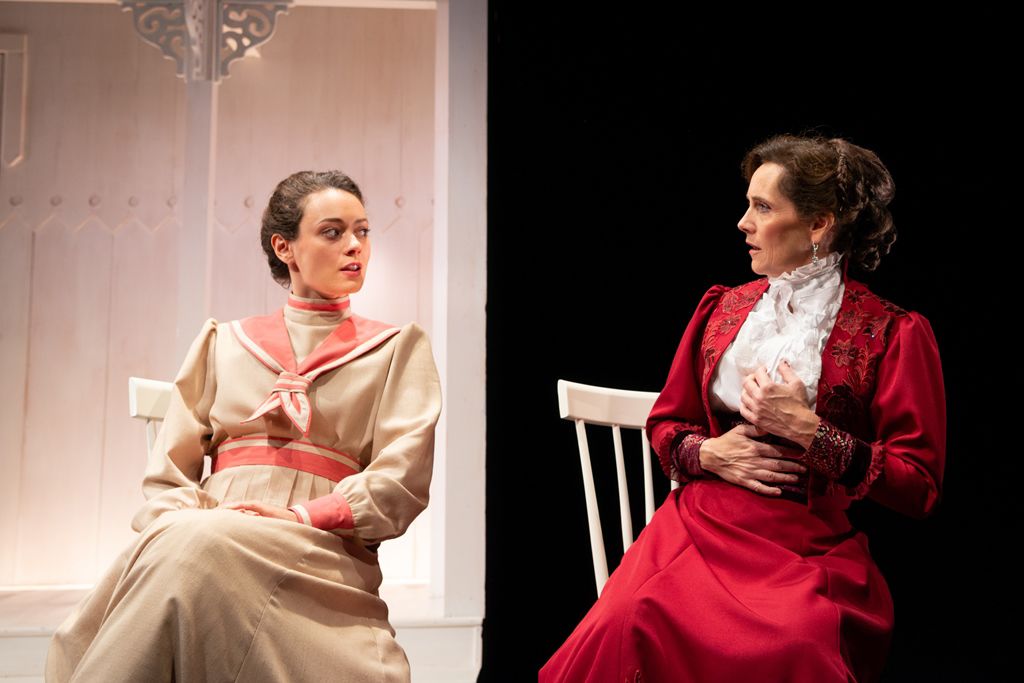 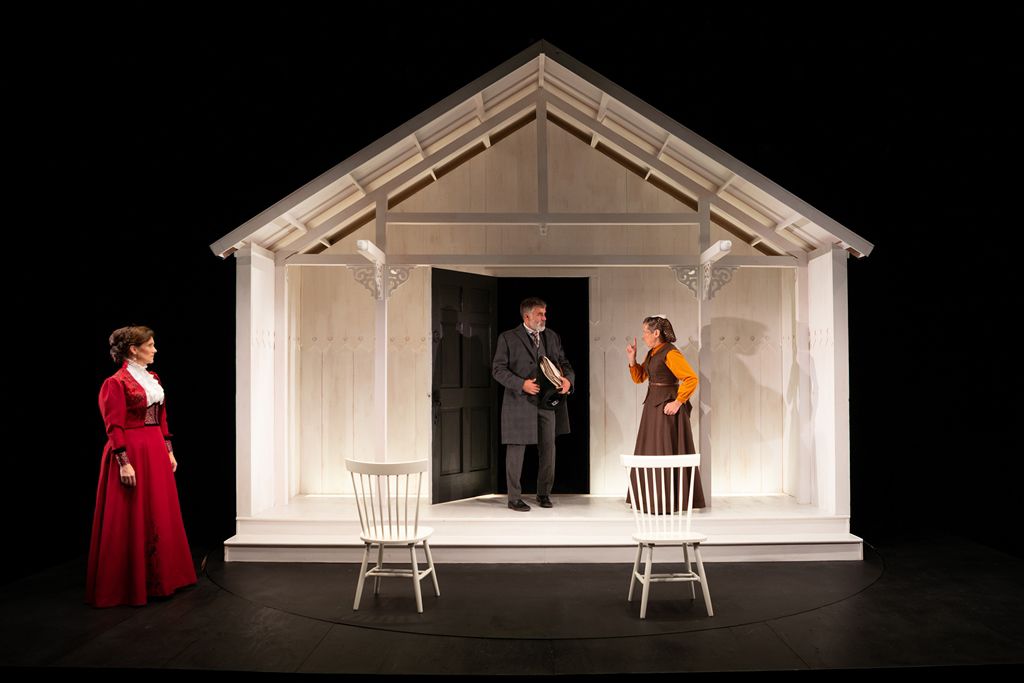 Jeanine Kane as Nora in “A Doll’s House, Part 2”. Photo by Peter Goldberg.

Steve Kidd as Torvald and Jeanine Kane as Nora. Photo by Peter Goldberg.

WARWICK — The playwright Lucas Hnath likes to challenge his audiences. I remembered learning that last spring, after seeing Epic Theatre's memorable production of "The Christians." Hnath (pronounced Nayth) challenges his audiences to think about all sides of the issues he's presenting, and he challenges us to talk about them too. In "The Christians," those issues were the existence of heaven and hell, religion and the power of persuasion.

In the Gamm Theatre's "A Doll's House, Part 2," (which was nominated for eight Tony awards on Broadway,) the topics are motherhood, marriage, feminism, freedom, love, truth, and, as Dramaturge Rachel Walshe writes in the program notes, "the true price of self-actualization."

The Gamm's version of the play — crisply and expertly directed by Fred Sullivan, Jr. — is stunning, funny, absorbing and brilliant, with stellar performances that stay with you. As does Patrick Lynch's sparse set, which is starkly beautiful: simple and powerful ... a small house and two chairs. And, oh the costumes. How exquisite. There may be just four of them, but David T. Howard's artistry is still impressive ... and gorgeous.

Although it's not essential to have seen Ibsen's "A Doll's House," to "get" the Gamm production, I do think it's helpful to be reminded of its premise ... and ending. I also think it's interesting to know that Sullivan directed "A Doll's House" at the Gamm back in 2011 with Jeanine Kane as Nora Helmer and Steve Kidd as Torvald Helmer who reprise their roles for this production.

Kane is splendid — and sharp — as Nora Helmer, the mother and wife who returns to the house she left 15 years earlier. Having learned that her husband, Torvald (Kidd gives a poignant, touching performance) never completed their official divorce at the local courthouse, she has returned with hopes of fixing the problem. Nora has come to ask Anne Marie, the nanny (Debra Wise is outstanding — powerful, funny and outstanding) who has been her domestic stand-in for the past 15 years — for help. The conversations between the two women are clever and witty. As humorous as they are painful.

As Kidd mentioned in his pre-performance remarks,"A Doll's House, Part 2" picks up where Henrik Ibsen left off, with Nora's "door slam heard round the world."

Now, all these years later, the door opens and Nora's back. Has anything changed? We find out as she describes her last 15 years to Anne Marie, Torvald and Emmy, her grown daughter, played beautifully by Alison Russo, who gives a strong and excellent performance.

My husband and I have been talking a lot about the play we saw Sunday night and agreed on most of the topics raised. Hnath can be very funny, we agreed. (I sat next to a gentleman who appreciated Hnath's humor and, to my delight, laughed aloud heartily.) We also agreed that there is deep sadness in this play. I found it to be more heartbreaking than my husband, however. He, interestingly, saw a glimmer of hope in the relationship of Nora and Torvald and wondered if someday there could be "A Doll's House Part 3." I was left thinking about poor Tovald, who said, as he sat rumpled and broken, "I'm just trying to be a good guy."

As I mentioned earlier, Hnath, the same playwright who wrote "Hillary and Clinton" and "Red Speedo," likes to get his audiences to think. I am still thinking about my reactions to this unforgettable play with its unforgettable characters.

PHOTO: Springtime fog along the river banks in Mystic

While asking for more, states are slow to spend federal coronavirus aid

Businesses in Rhode Island, Connecticut to reopen as phase 2 begins

At the Library: Get film adaptations aplenty online