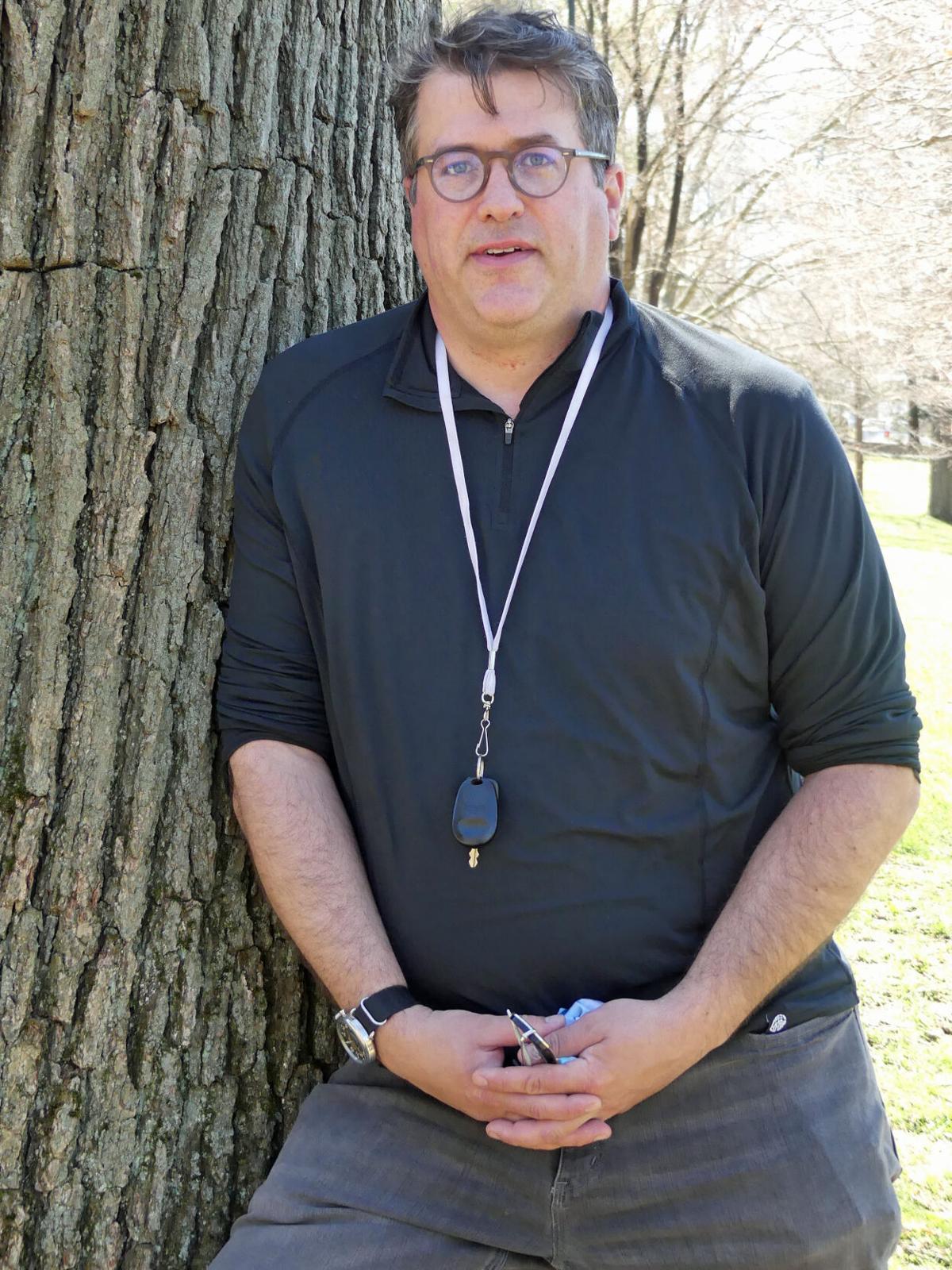 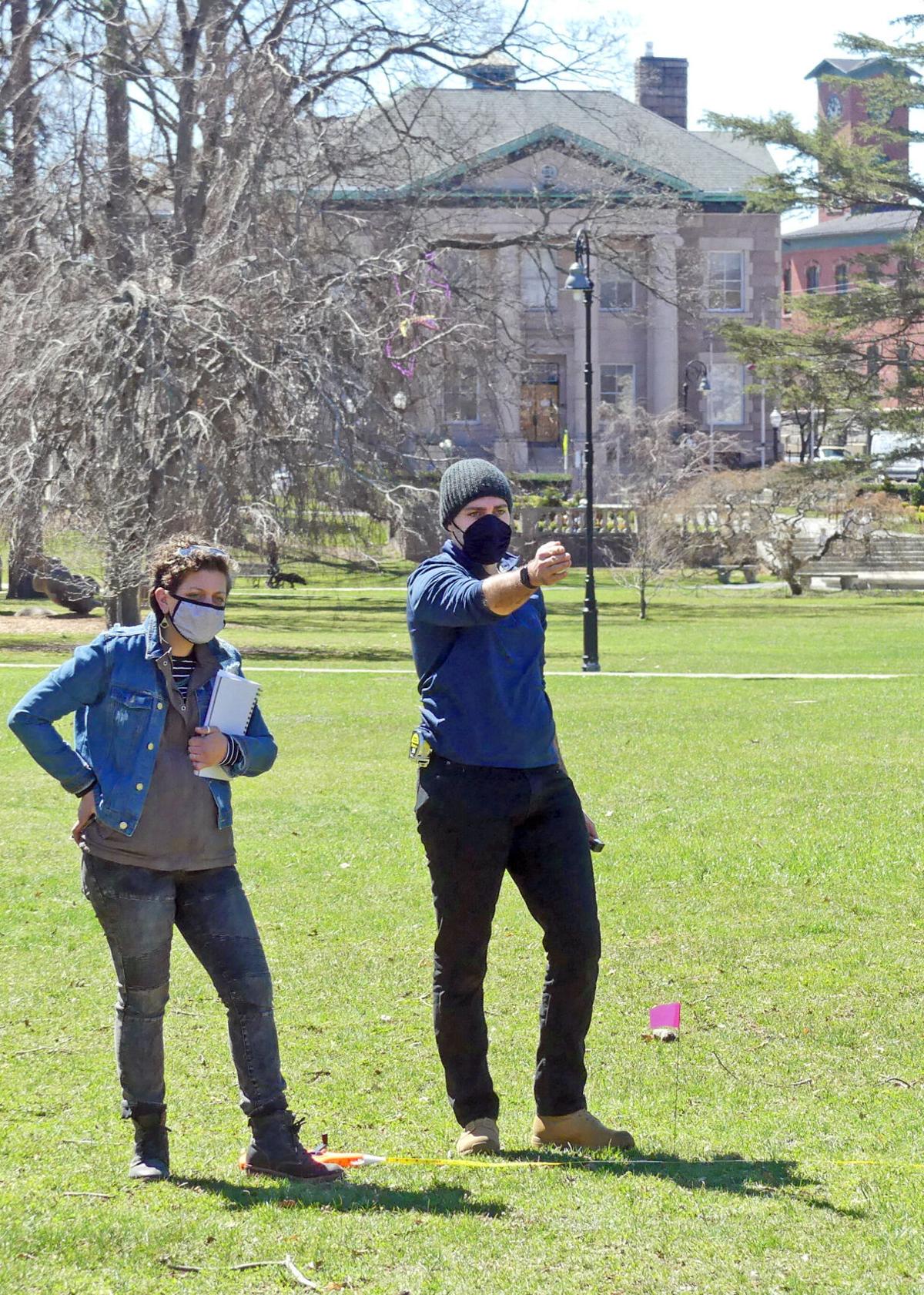 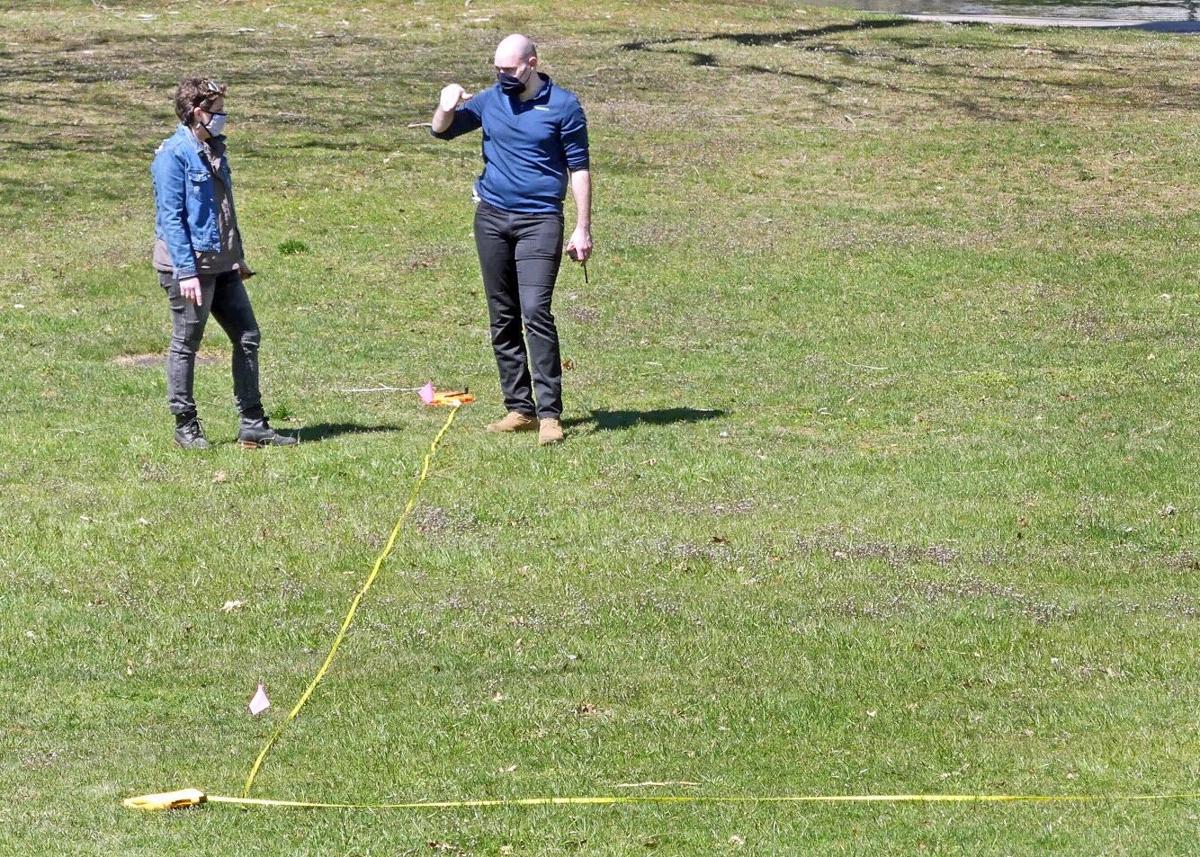 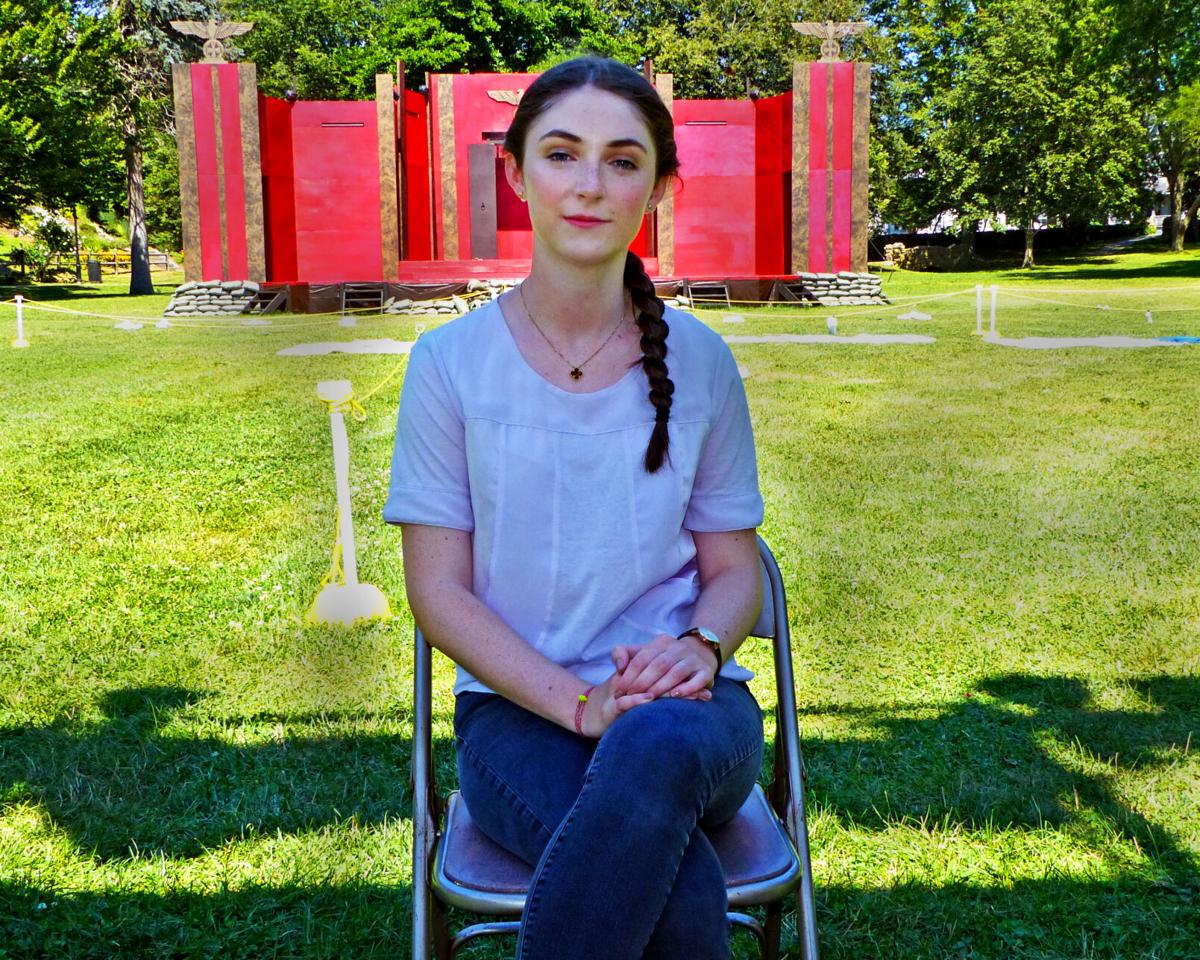 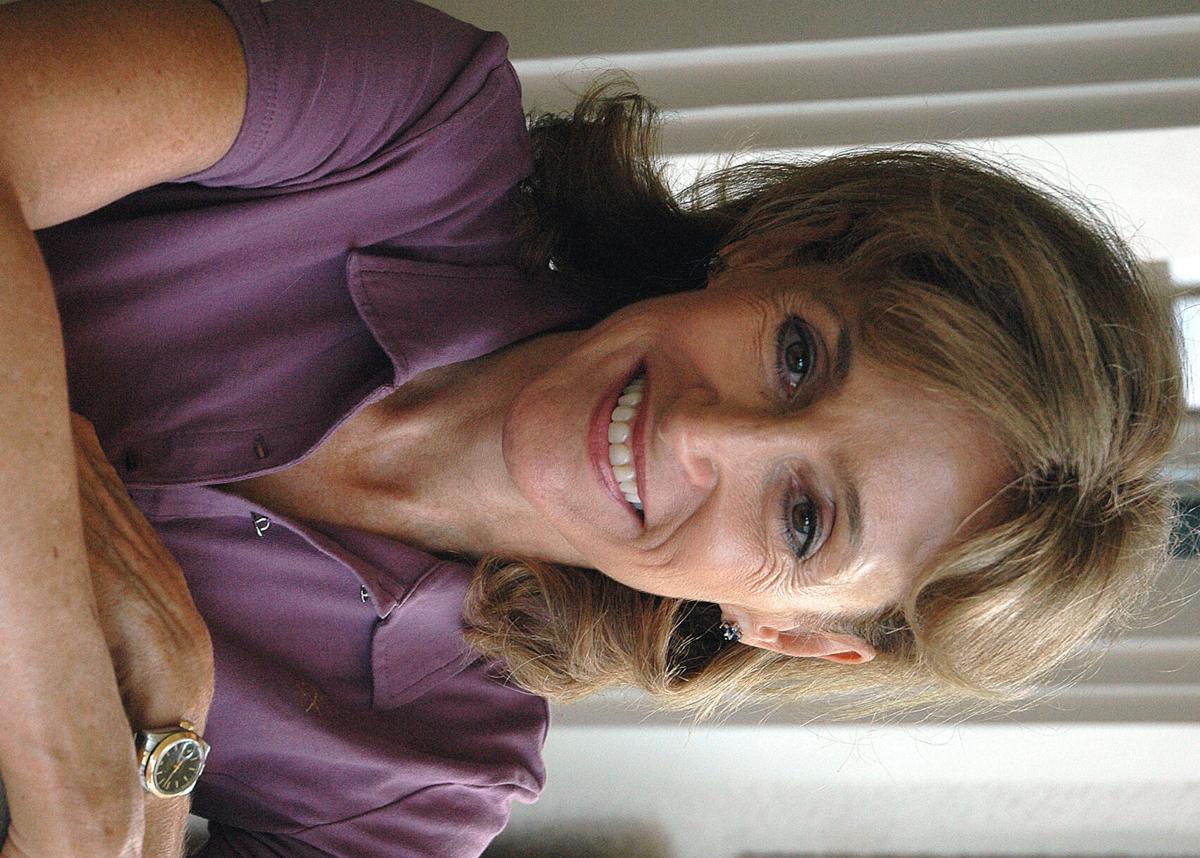 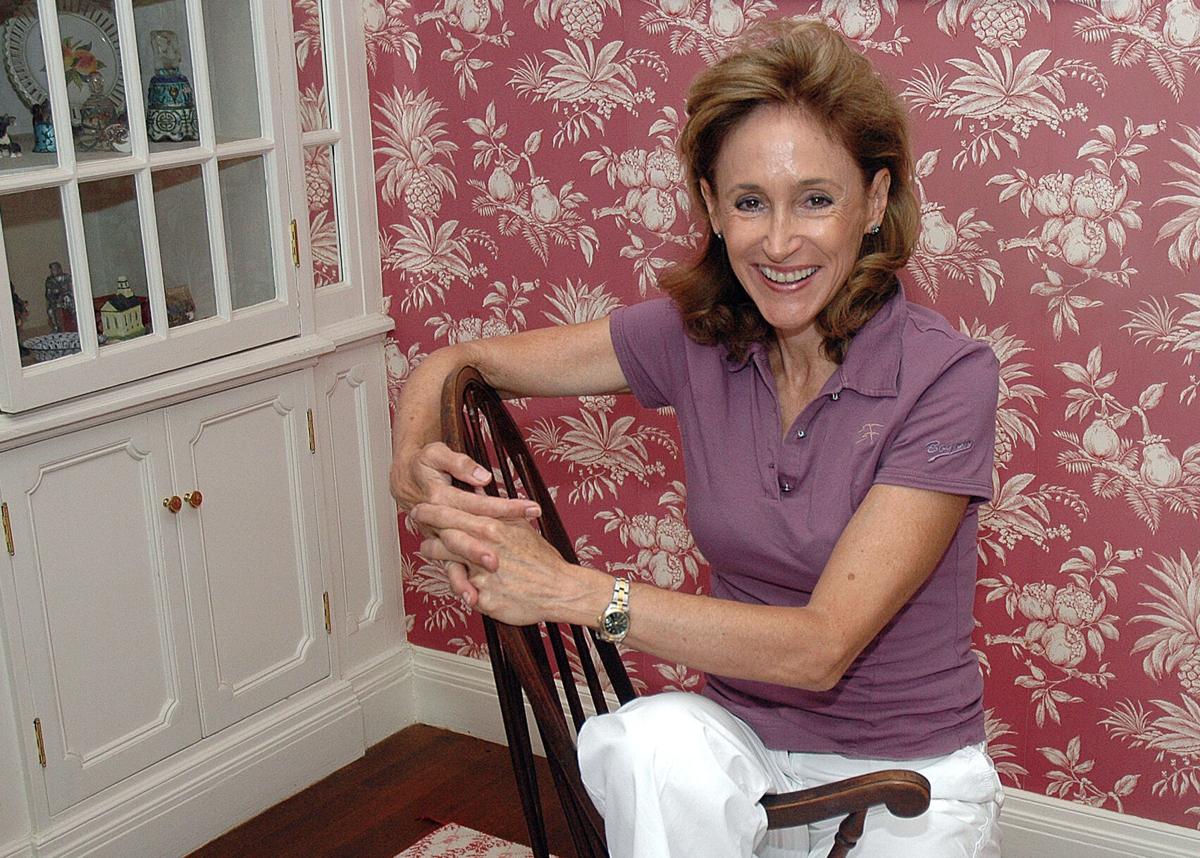 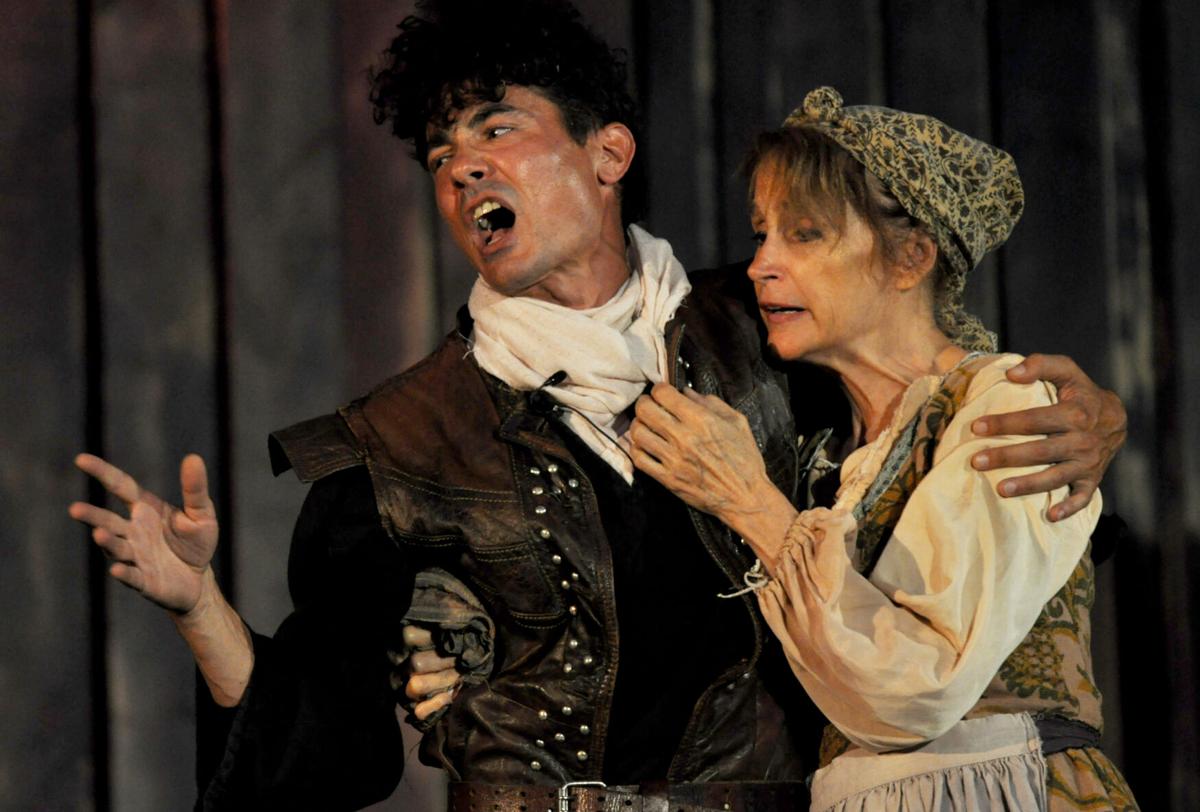 Rudy Sanda as Pistol and Marion Markham as Mistress Quickly perform in the Colonial Theatre's opening night of Henry V by William Shakespeare on Wednesday evening in Wilcox Park in Westerly in the 24th anniversary season of Shakespeare in the Park directed by Harland Meltzer.This play continues Tuesday through Sunday,July 23rd-August 9th at 8:00pm. Christine Corrigan / The Westerly Sun

Rudy Sanda as Pistol and Marion Markham as Mistress Quickly perform in the Colonial Theatre's opening night of Henry V by William Shakespeare on Wednesday evening in Wilcox Park in Westerly in the 24th anniversary season of Shakespeare in the Park directed by Harland Meltzer.This play continues Tuesday through Sunday,July 23rd-August 9th at 8:00pm. Christine Corrigan / The Westerly Sun

WESTERLY — Ben Heller and Steven Dalton were in the middle of Wilcox Park Tuesday afternoon, focused on their task: marking out large squares on the grass with yellow tape in preparation for this summer's Shakespeare in the Park production.

"This is where the light towers will be," said Heller, president of Aurora Productions. "And this will be the front of house."

Nearby, Ali Lucas, a Westerly-based lighting designer, watched the goings-on.

Aurora Productions, a New York-based production-management and technical-supervision company that specializes in Broadway, Off-Broadway and touring-theater productions, has signed on with the Colonial to manage this summer's production of "The Complete Works of William Shakespeare," scheduled to take place July 30 to Aug. 15, according to Marion Markham, the Colonial Theatre of Westerly's artistic director.

"Broadway is slow right now," said Heller, who is Markham's nephew. "So, we said, 'Why not put our resources to work for the good of the Colonial?'"

"We'll be a little New York, a little local and everything in between," Heller said with a chuckle.

Dalton plans to move from New York to Westerly in order to serve as the show's production manager this summer, Heller said.

This year's production of "The Complete Works of William Shakespeare" will mark the 30th anniversary of the Colonial's Shakespeare in the Park festival, Markham said in an email earlier this week.

"I remember seeing my Aunt Marion in a production of 'Godspell' back when the Colonial was at the Granite," Heller said with a smile, referring to the early years of the Colonial. "I remember it was well-received and that it was mounted again."

Producing live, outdoor theater — especially during a pandemic — is exciting and important, added Heller, who has overseen the production of "Frozen," "The Book of Mormon" and "To Kill a Mockingbird" on Broadway.

"Outdoor theater is good for a community," he said. "We happen to know a lot about putting on shows, so why not help?"

"We bring order to productions," added Heller, a former production manager at Manhattan Ensemble Theatre. "We act like funnels for information and organization."

Heller said he hopes to create a template for the production, a plan that can be used again and again, rather than having to start from scratch every year.

Heller said the Colonial and Aurora are also planning to run a robust internship program this summer and are currently seeking high school and college students with an interest in the theater/theater production to join the program.

Julia Moore, who has appeared in many Colonial productions and is also a relative of Heller's, will oversee the internship program, he said.

"We'll have lots of opportunities for interns," Heller said, noting that Moore is more than eager to get started with the program.

"It’s a fantastic opportunity for any kids who may be interested in the theatre," said Markham, recalling the early days of her career, when it was standard practice for students to learn everything possible about the theatre, "including the technical side.

"It’s best to be well-rounded," she said, adding, "Some aspiring actors have found that they prefer stage management over performing."

With the presence of COVID-19, Heller said, there will have to be three sets of pandemic protocols in place: one for the audience, another for the equity actors and a third for the interns.

One benefit of staging "The Complete Works of William Shakespeare," Heller said, a play that his Aunt Marion will direct, is that there are only three characters in the show, thus making the protocols a little less daunting.

Heller, who has spent most of his summers in Westerly, said he's been involved with theater since he was in high school and realized helping to build sets for the class play could get him out of study hall.

A graduate of NYU's production and design track at the Tisch School of the Arts, Heller has also worked as a freelance Off- Broadway manager and stagehand, and says on his website that his production-management philosophy "is to provide the creative team and production staff with the best possible tools and support to realize their goals, while also providing general managers and producers with the most efficient and fiscally responsible methods to do so."

He has also been a guest lecturer at NYU, The Broadway League, and Broadway Master Class.

Actually, added Heller, if everything goes according to plan, he'll be in Westerly for opening night of "The Complete Works of William Shakespeare," on July 30, then will jet off to London for the opening of "Frozen" in London's West End, then return to Westerly for the final few performances of the Colonial's production.

As Heller and Dalton measured the ground near a fully-blossoming magnolia tree, Alan Peck, the longtime Wilcox Park manager, came walking over to chat.

"You know," he said from behind his mask," I told Ben I could have this tree blooming in time for the show."

The only catch, added Peck with a chuckle: "They'd have to open tomorrow night."

PHOTOS: Signs of spring at Oak Hill Farm in Pawcatuck

Rhode Island expands vaccine eligibility to those 40 and older