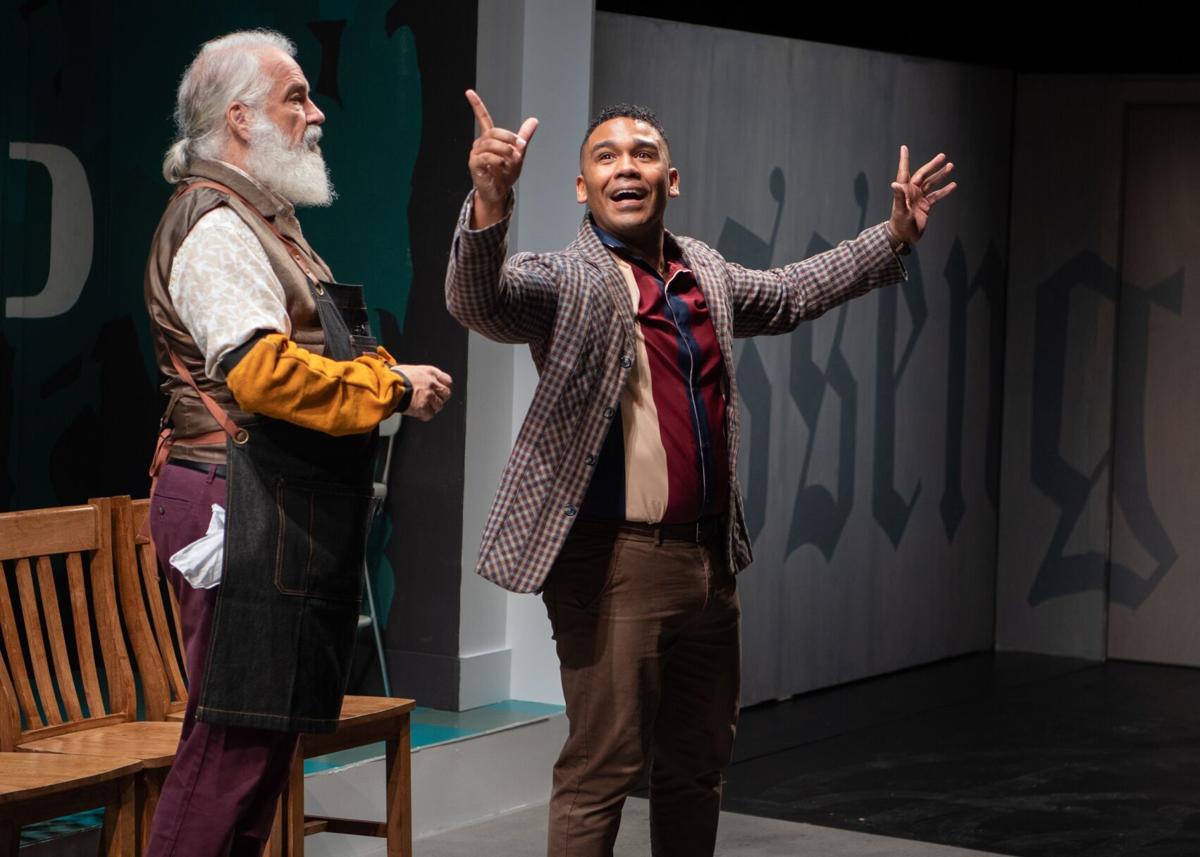 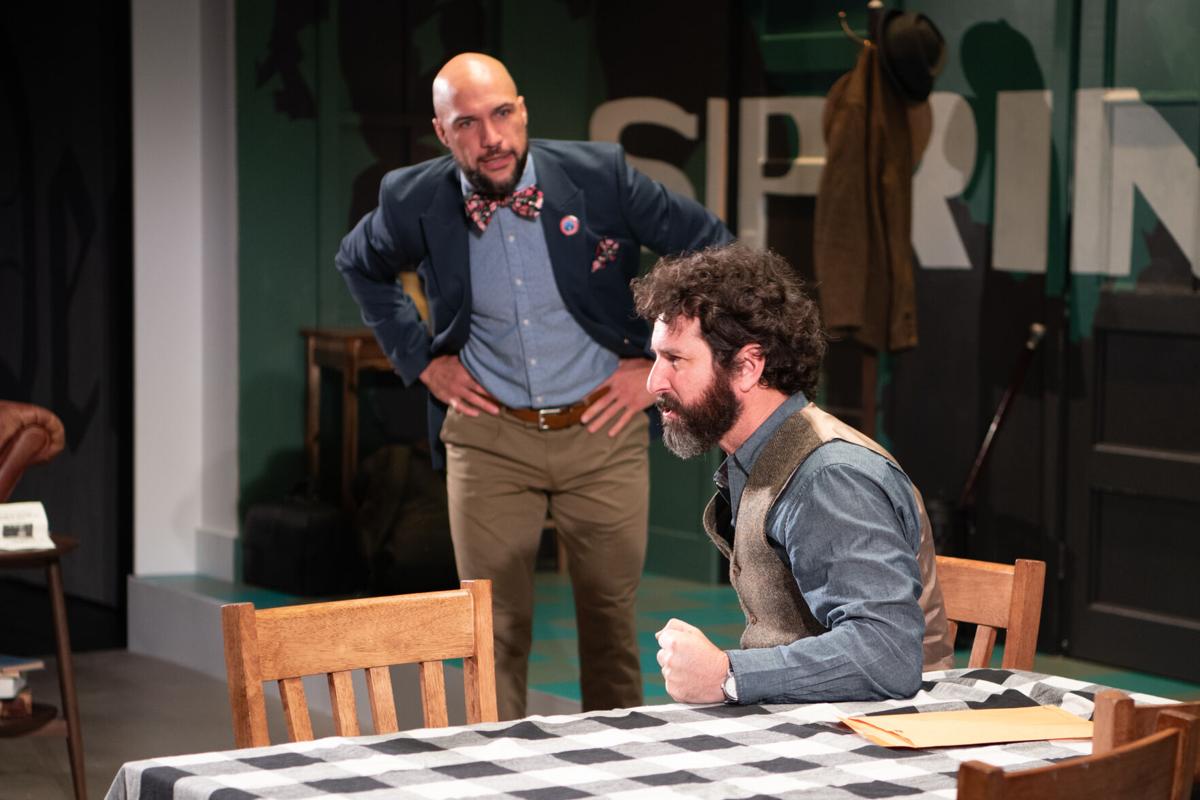 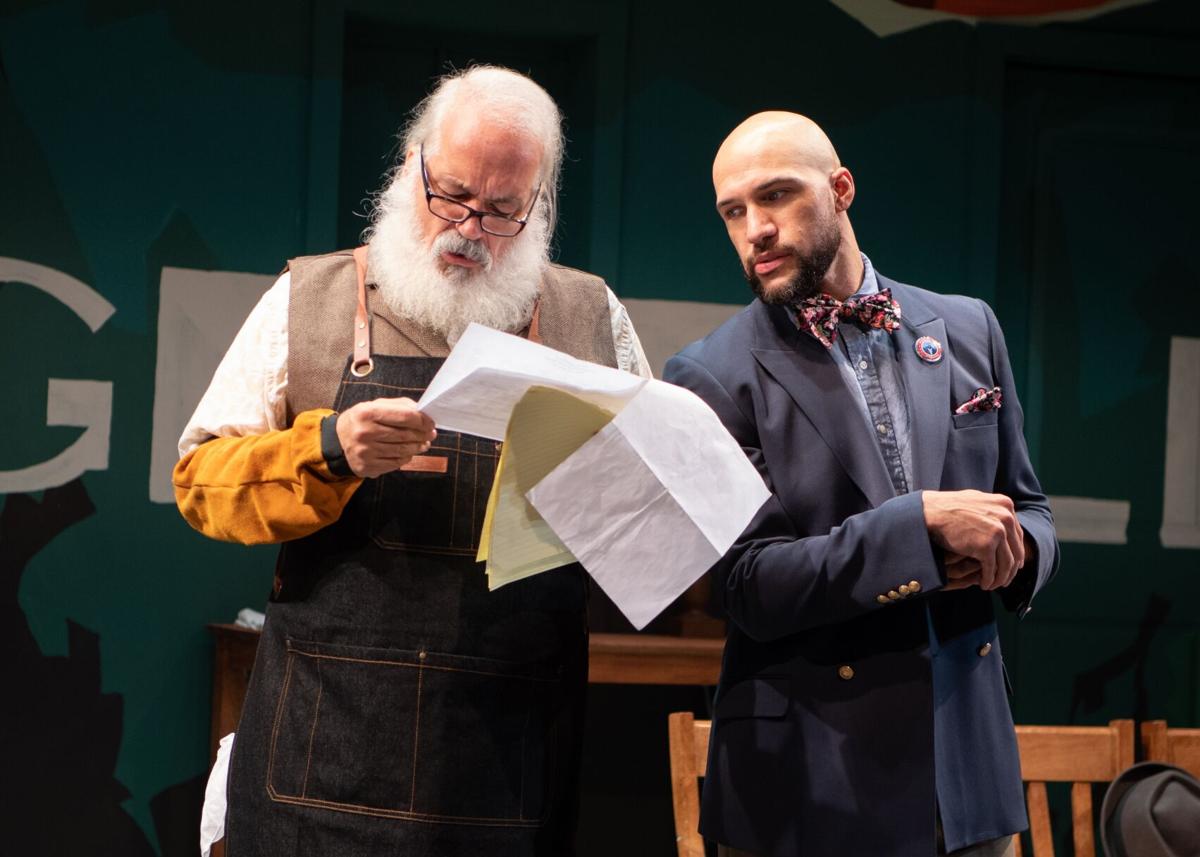 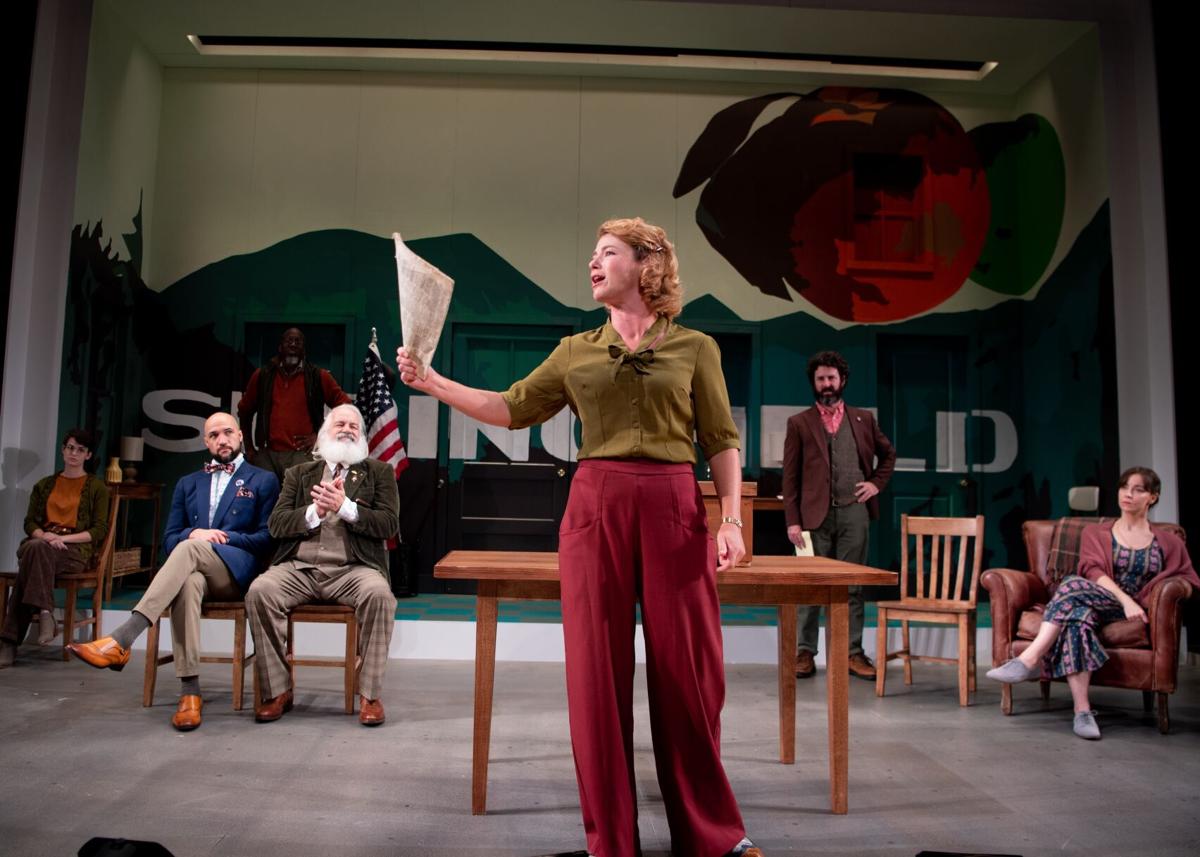 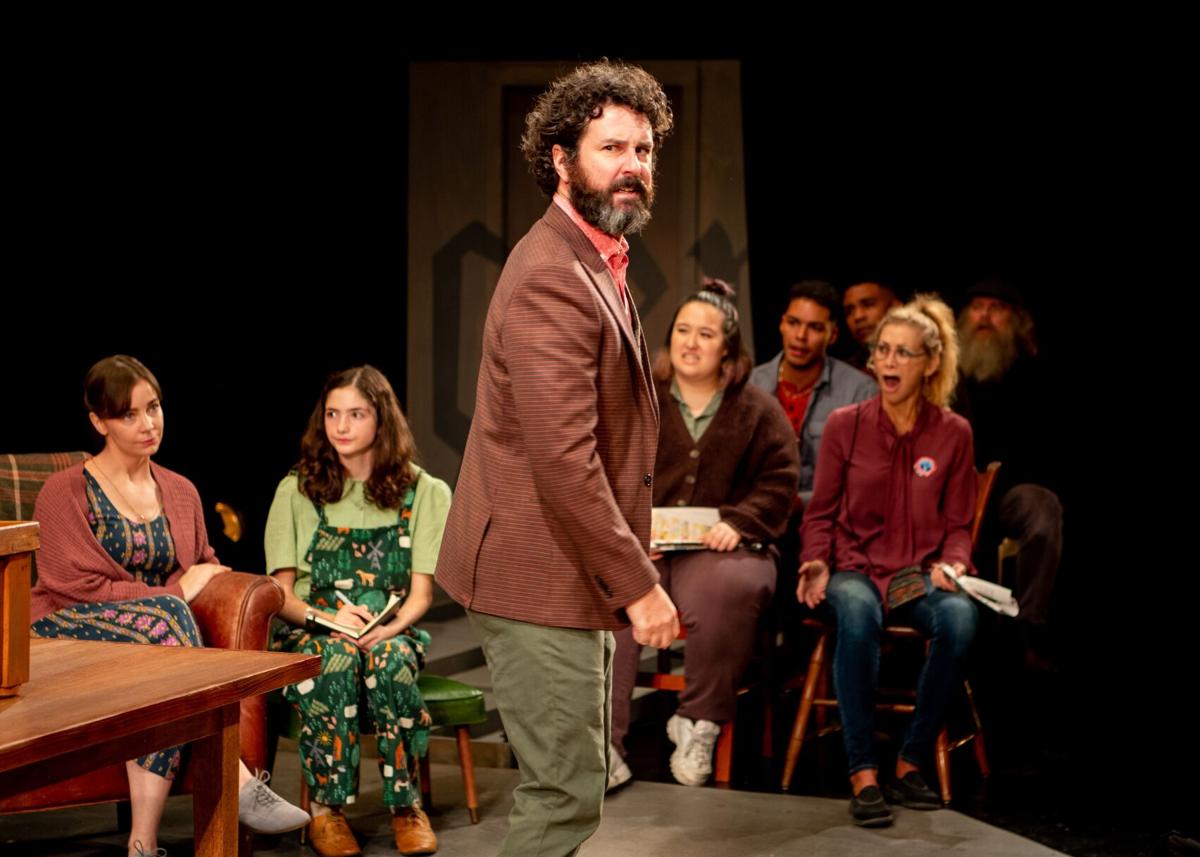 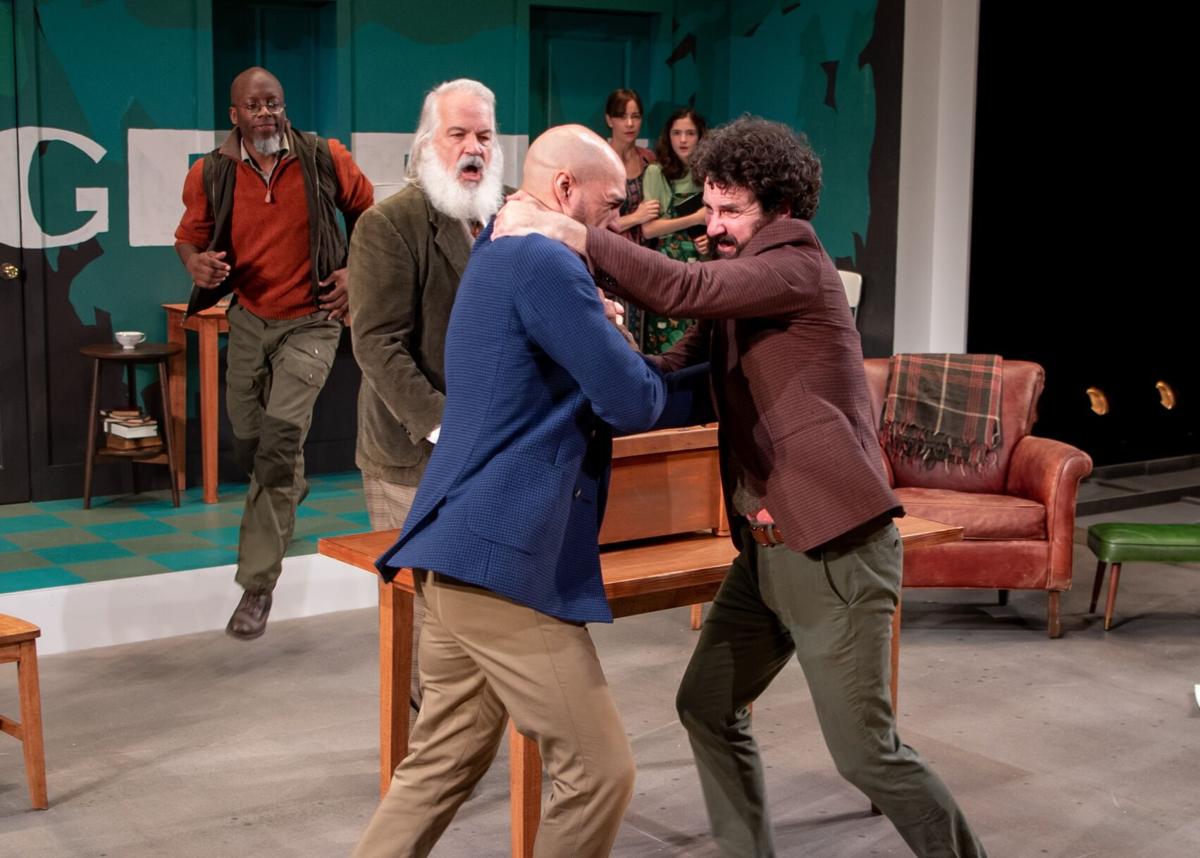 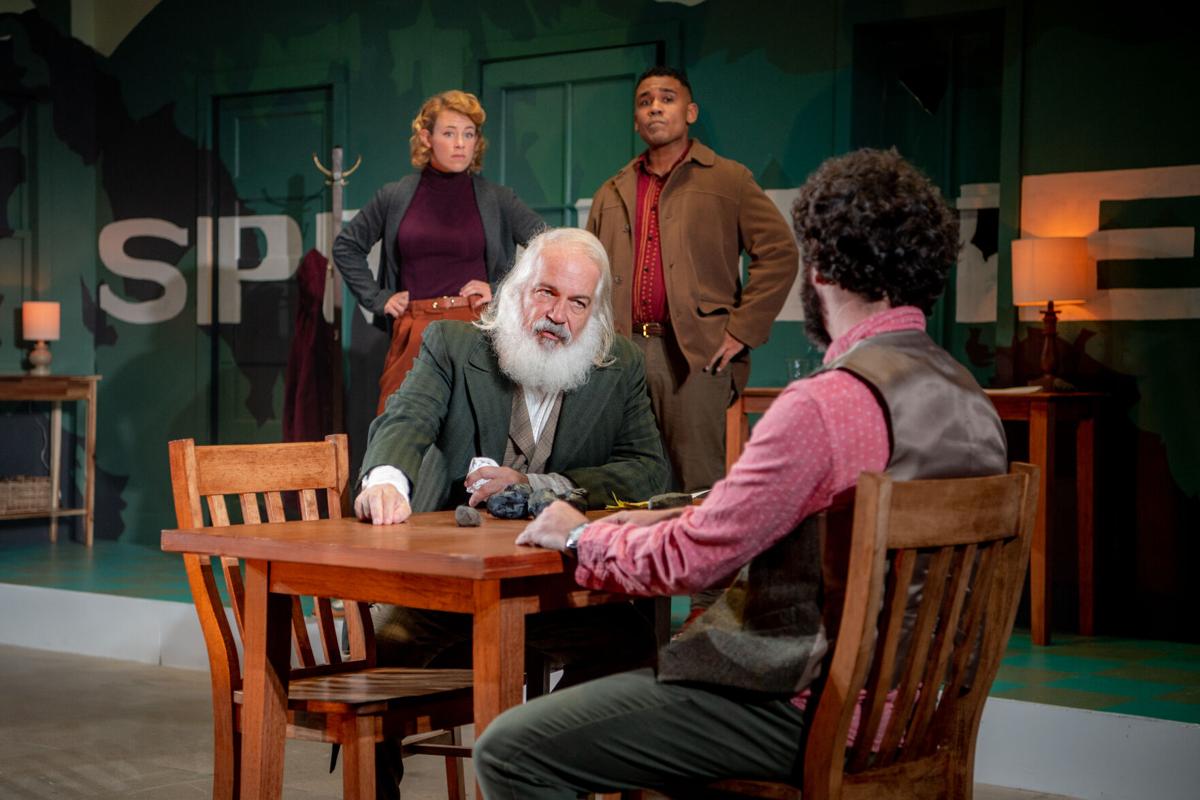 The Sandra Feinstein-Gamm Theatre in Warwick is welcoming audiences back to live theater following an 18-month pandemic pause with "A Lie Agreed Upon," a powerful, riveting, thought-provoking and timely production of Henrik Ibsen's 1882 political drama, "An Enemy of the People."

And what an extraordinary welcome back it is!

"A Lie Agreed Upon," we are told in the program "explores what can happen in a democratic society when science and individual morality clash with economic interests and majority rule."

Rewritten by Gamm Artistic Director Tony Estrella — who also (expertly) directs the play — "A Lie Agreed Upon" may be based on a play from a different century, yet it opened during a week when thousands of gallons of crude oil was spilling into the ocean off the California coast, a whistleblower was set to testify before a Senate subcommittee about the perils of Facebook and elected officials across the country — along with some so-called "news" organizations — continued to spout lies about the Jan. 6 insurrection.

Add to that mix the ongoing pandemic-related mask/vaccination wars (despite facts and scientific evidence proving the life-saving merits of both) and memories of Flint, Mich., and Ibsen's themes and Estrella's updates bring new meaning to "the more things change, the more they stay the same."

So, yes, there's quite a bit to ponder, lots to discuss, and many more connections to be made to present-day goings-on in this play, which is also packed with fine performances and a few humorous moments (thank you Fred Sullivan Jr., and Jason Quinn).

"A Lie Agreed Upon" follows the story of Dr. Thomas Stockman (Sean McConaghy), the visionary chief medical officer of the town of Springfield, who was charged with inspecting the hot springs that his brother, the mayor of Springfield, Peter Stockman (Jonathan Higginbotham,) hired him to promote.

And now, with the doctor's endorsement, the economic future is looking bright in Springfield thanks to the hot springs spa about to open. Business is booming, a busy tourist season is on the horizon and the doctor is being hailed as a local hero for turning the humdrum town into a must-see destination ... until he discovers the springs are toxic and insists on doing the "right thing" by telling the truth.

At first, the doctor persuades the editor of "The Messenger," the local newspaper, Thea Hovstad (Nora Eschenheimer,) to publish his findings about the contaminated water. Despite his brother's objections and concern of economic disaster for Springfield, Thomas grows more adamant and fervent while his wife, Katherine Stockman (Donnla Hughes), and daughters, Petra (Aryn Mello Pryor), a liberal-leaning teacher, and Greta (Aniko Moscarelli), who remains silent until the very end of the play, stand by his side.

But the doctor's attempts to speak the truth are shut down by a growing mob that includes his brother; Hovstad, the once-principled newspaper editor who left her scruples behind; Mr. Aslaksen the printer (played perfectly by Sullivan) and a drunk (played by Quinn). Has the good doctor become a little sanctimonious? A little too self-righteous perhaps, as gently suggested by his wife?

And guess what happens when his father-in-law, Morten Kiil (Joe Penczak), who owns the tannery upstream that turns out to be the source of the pollution, puts his daughter's and granddaughters' financial fate in Thomas' hands?

McConaghy and Higginbotham give strong, solid, memorable performances as the Cain and Abel-like brothers in conflict. The women — Eschenheimer, Pryor and Hughes — are superb, each in a different but striking way. Giving notable performances as well are Jomo Peters as Captain Horster and Jeff Ararat as Billings.

Estrella's rich additions to the script, peppered with cliches and popular sayings, warrants careful listening. You'll most likely want to see "A Lie Agreed Upon" a second time to savor the skills and lines of the actors and to ponder the meaning of dead ducks and peach cobbler and the best way out of this big, fat mess.

"I worked on this play over the course of this most challenging of years," Estrella says in the play's notes, "asking how do we live together now and what do we owe our families, our communities, and our future."

WHAT: "A Lie Agreed Upon"

COVID PROTOCOL: For the safety and comfort of Gamm audiences, all patrons must present either proof of vaccination or a negative COVID-19 test in order to enter the theater. All patrons, regardless of vaccination status, must wear masks.