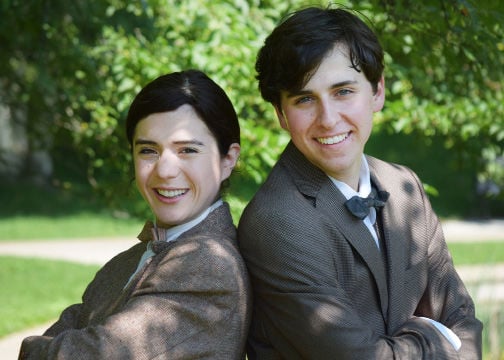 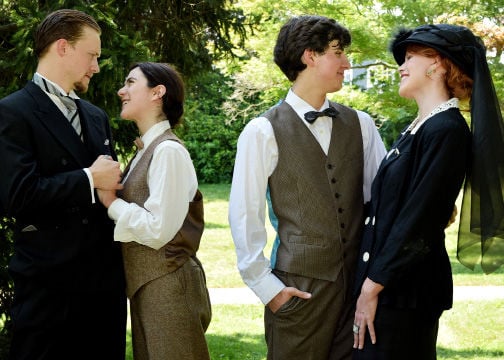 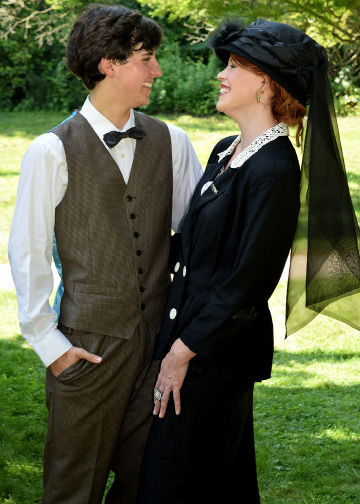 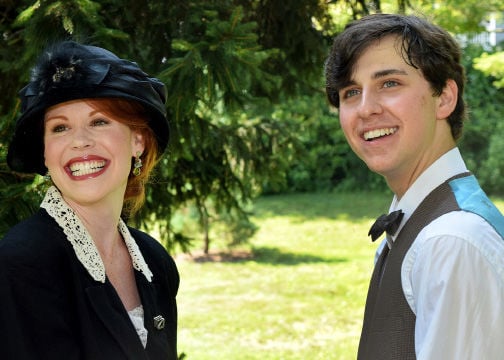 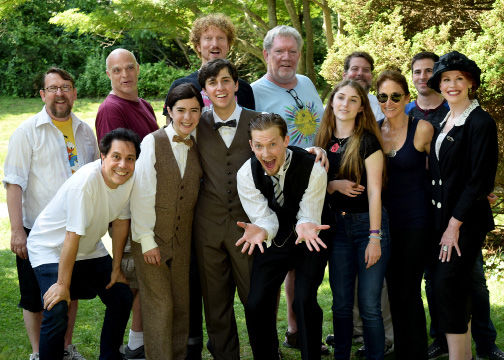 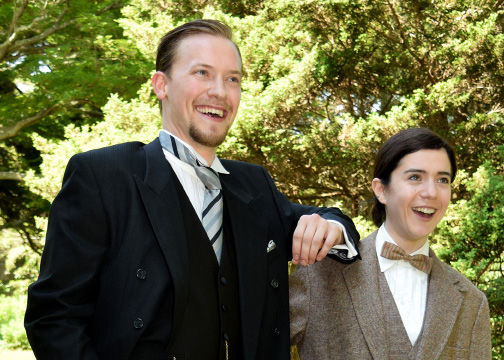 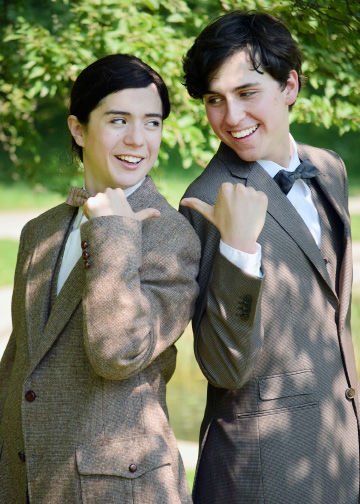 WESTERLY — Harland Meltzer knows his funny. So when Meltzer, the director of “Twelfth Night” — this season’s Shakespeare in the Park production — tells the audience that the play contains “some of the funniest words written in any language” ever, you can bet you’re in for an evening full of laughs.

Of course with Meltzer’s hilarious touches on the already hilarious comedy, the play — known for its madcap tale of love triangles and mistaken identities — is satisfyingly, deliciously uproarious. And overflowing with excellent acting.

As with all of Shakespeare’s plays, it’s wise to know the plot before you watch ... and listen to ... the performance. Especially with youngsters in tow. The more familiar they are with the characters, the more they’ll know what to look for (let’s hope some of the bawdier moments escape them).

Fortunately, there is a perfect synopsis in the program, but I suggest carrying along a copy of the play. Then you can follow along and read such famous lines as, “Be not afraid of greatness: some are born great, some achieve greatness and some have greatness thrust upon them,” and “If music be the food of love, play on” while they’re spoken.

“Twelfth Night” revolves around a set of aristocratic twins Viola (Katrina Michaels is a standout, full of energy and passion) and Sebastian (Henry Gardner makes for a charming Sebastian) who are separated in a shipwreck. Although Viola comes ashore with the help of a sea captain (Mark Sullivan give his usual strong performances as the captain and later as a police officer and a priest) she believes her beloved brother drowned at sea.

Viola comes ashore in the kingdom of Illyria, and soon finds Duke Orsino (Jeremiah Clapp, who played Hamlet last season, is perfectly cast as the handsome, brooding duke and gives a top-notch performance) pining away for the love of Lady Olivia (Lee Fitzpatrick is wonderful). Viola disguises herself as a man, Cesario, and seeks employment in the household of the duke. She/he quickly becomes a favorite of the duke, who makes her/him his page. Viola finds herself falling in love with Orsino — a difficult love to pursue, as Orsino believes her to be a man. When Orsino sends Cesario to deliver Orsino’s love messages to the disdainful Olivia, Olivia herself falls for the beautiful young Cesario, believing her to be a man.

Meanwhile, we meet the other members of Olivia’s household: her rowdy drunkard of an uncle, Sir Toby (Paul Romero is so good and so funny in this role, you’ll want to go back several times to watch him in action), his foolish friend, Sir Andrew Aguecheek (Jon Peacock is just great) who is trying in his hopeless way to court Olivia; Olivia’s witty and pretty waiting-gentlewoman, Maria (Marion Markham gives us a terrific Maria — she speaks Shakespeare’s words with elegance and clarity — pure joy!; Feste, the clever clown of the house (what fine acting from Richard Herron); and Malvolio, the dour, prudish steward of Olivia’s household, played by Rhode Island native Peter Tedeschi, who gives a potent, memorable (and very funny) performance.

When Sir Toby and the others take offense at Malvolio’s constant efforts to spoil their fun, Maria engineers a practical joke to make Malvolio think that Olivia is in love with him, and the foolishness of the subplot begins in earnest.

Julia Moore, in her second season with the Colonial’s Shakespeare in the Park, is a fine, fine young actor who plays the roles of Valentina, Curis and a police officer. Chris Perroti (Antonio) and David Sackal (Fabian) complete this terrific cast.

Mary Myers’ set is extraordinary, and the costumes by Tina Holden-Shea and Joy Thibodeau are exquisite.

Although the sound system was misbehaving the night we attended, which made it complicated to hear, this is such a fun play, and such a perfect one for our times, that a little crackling can certainly be forgiven. I suggest brushing up on your Shakespeare before you see “Twelfth Night.” You’ll want to see this show at least twice and donate often. “Twelfth Night” runs through Aug. 13, 8 p.m. nightly, with no performances on Mondays. The performance is free, but donations are accepted. Visit thecolonialtheater.org.

NYC, California to require employees to get COVID-19 vaccine

Downtown Westerly parking to be restricted for paving project