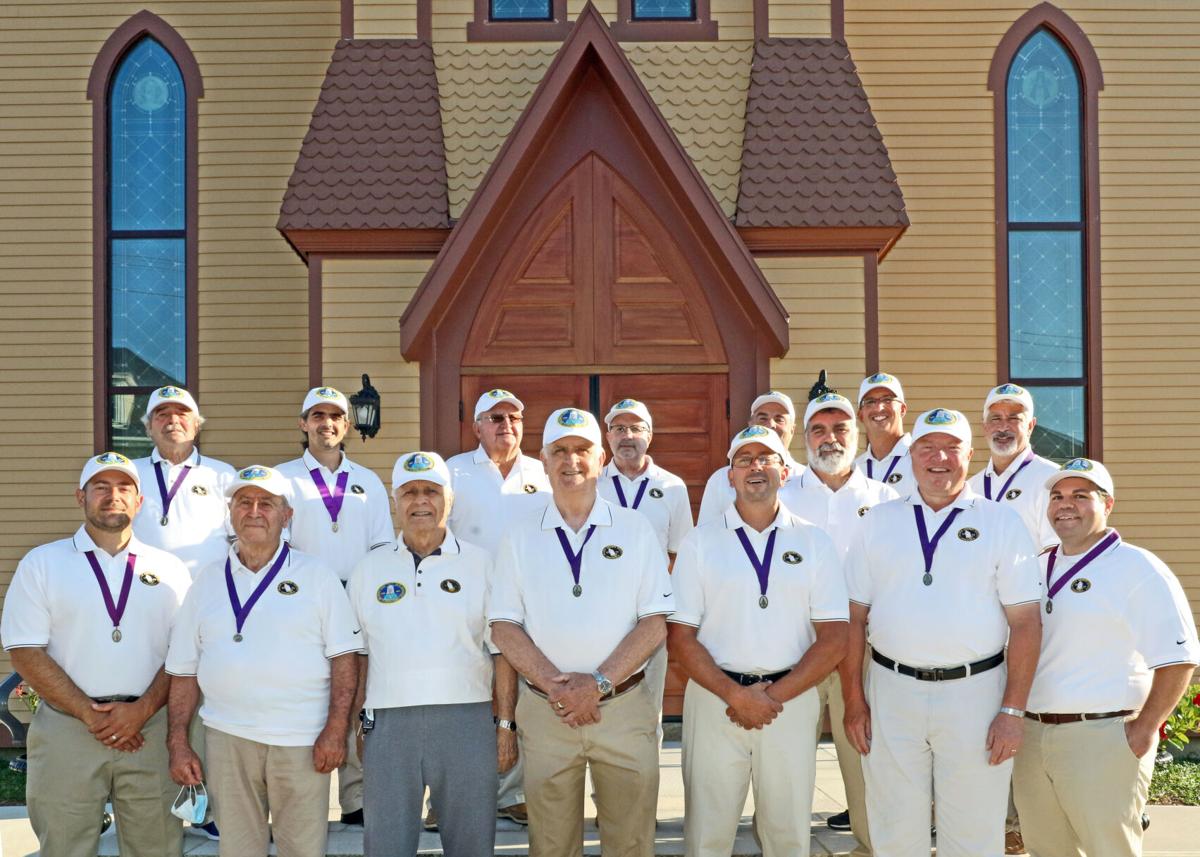 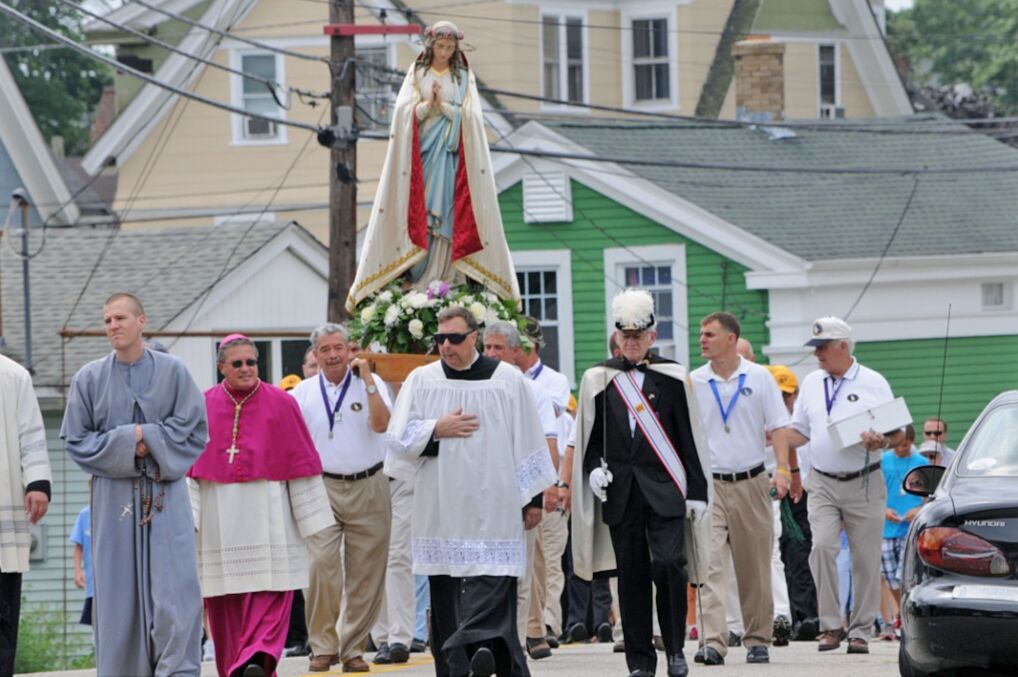 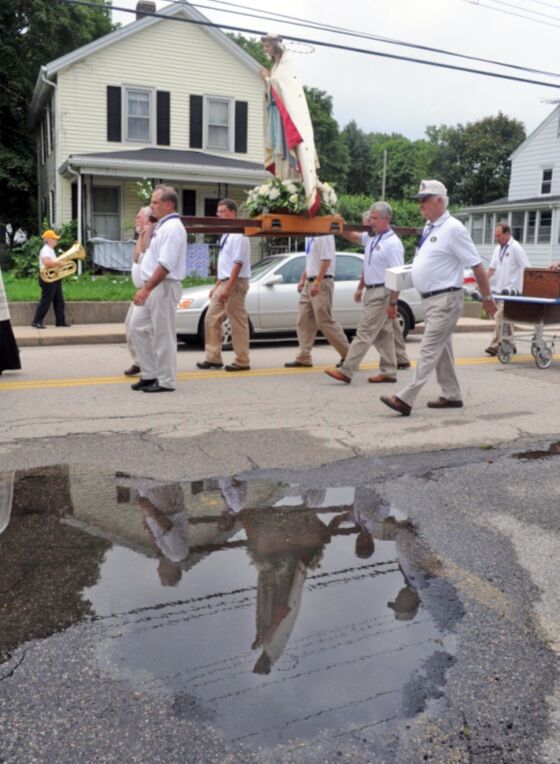 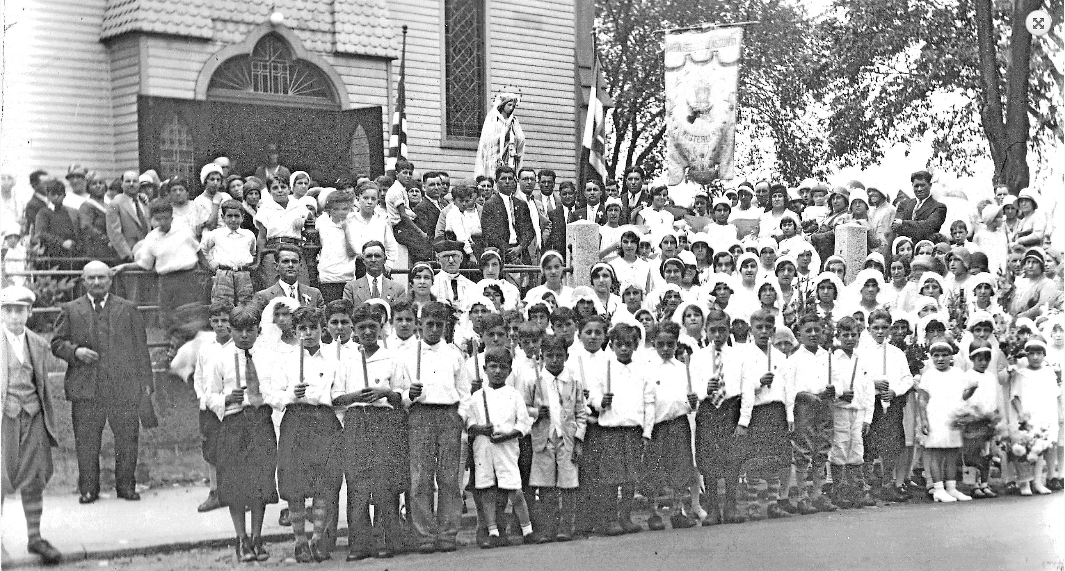 PAWCATUCK — The COVID-19 pandemic may have forced the cancellation of many outside events this summer, but a local tradition with deep religious roots — and 100 years of history — will go on as planned in Pawcatuck, with two processions dedicated to one woman.

The Maria Assunta Society of St. Michael the Archangel Church in Pawcatuck will celebrate the Feast of the Assumption of Mary on Friday with a 7 p.m. Rosary Procession, and on Sunday, Aug. 16, with a Mass and procession dedicated to the Blessed Virgin Mary.

While certainly the St. Michael's celebration will be reshaped to comply with COVID-19 restrictions, organizers said, the tradition will continue — mostly — as planned.

Pawcatuck Attorney Raymond Trebisacci, the society's secretary, said he and fellow members have worked with local authorities to make sure the procession will be in compliance with local and state protocols, and feels confident with the plans in place.

"We expect and we hope people will process behind us," Trebisacci said.

Society members will lead Friday's traditional Rosary procession, which will begin at newly rebuilt St. Michael's Church on Liberty Street. Sunday's procession will be preceded by a 10 a.m. memorial Mass celebrated by Rev. Dennis Perkins, the church's pastor. Marching with the society members will be scouts from St. Michael's Boy Scout Troop 9, an organization also celebrating a centenary.

The scout troop and the Maria Assunta Society were both established in 1920, under the guidance of Father John Keane. Trebisacci said the society was comprised of Italian families that had recently immigrated to Pawcatuck from Tusa, a fortress town along the northern coast of Sicily where the Blessed Virgin Mary is the patron saint.

Each August in Tusa, "an ancient citadel overlooking the Mediterranean Sea," a statue of Mary is carried in procession through the streets of the village.

When families with names like Faulise, Italiano, Siciliano, Tudisco, Christina, Miceli, Dinoto, Dimarco, Blanda, Cataffi, Digangi and Gandolfi first arrived in Pawcatuck, they wanted to keep the tradition alive "as a way to express their devotion and honor their faith," Trebisacci said. Every year since 1920 members of the society carry the statue from the church through the streets in Pawcatuck, where most of the original immigrants first lived.

Membership has long been open to non-Italians, said Trebisacci, whose mother was a Christina, and many of the present members can trace their roots back to the founding first families. In addition to Trebisacci, the society's officers include Peter Previty, the president, George Rathbun, the treasurer, and Anthony Lombard, the historian.

Trebisacci said the society has had many generous members and supporters over the years, including the late George and Sara (Andaloro) Larson, who left gifts to the society in their wills.

In 1935, the society was able to commission the creation of a statute of the Blessed Virgin Mary. Carved from wood, and made in Genoa, the statue was shipped to Pawcatuck from Palermo and still sits inside St. Michael's today. It is the same statue that is carried in the procession.

Trebisacci said many of the younger members "carry her on their shoulders" throughout the procession.

"It's a very moving thing to see," he said. "Some even vow that they will carry her as long as they are able ... until they can't anymore."

The annual celebration has varied in size and scope over the years, Trebisacci said. Some years have seen collation dinners and concerts.

"At one time, [the festivities] continued well into the evening," he said, "culminating with a band concert and fireworks display."

In recent years, the celebration concluded with a catered reception on the church grounds.

"Although a commemorative dinner and breakfast had been planned for this year, they have had to be postponed until we get past the pandemic," Trebisacci said.

The society was originally founded to promote "the spiritual welfare and development of people of the Roman Catholic faith," and to give "honor and glory to the Blessed Virgin by celebrating her assumption every August."

Every year in mid-August, Roman Catholics around the world celebrate the Feast of the Assumption of Mary, an event that commemorates "the end of Mary's earthly life and assumption into Heaven."

The Society also sponsors "faith-based fundraising events" throughout the year, Trebisacci said, events that "have benefited local students, parishioners and the rebuilding of the church." Funds raised are also used to award scholarships to local students and to celebrate Masses for deceased members of the society.

Trebisacci said members used to get together to do the cooking for the dinners and the breakfasts, which not only promoted camaraderie but provided an opportunity for outreach.

"Because of the shutdown, we haven't been able to do that," he said. "But we're hoping we can do it again. It's one of our goals."