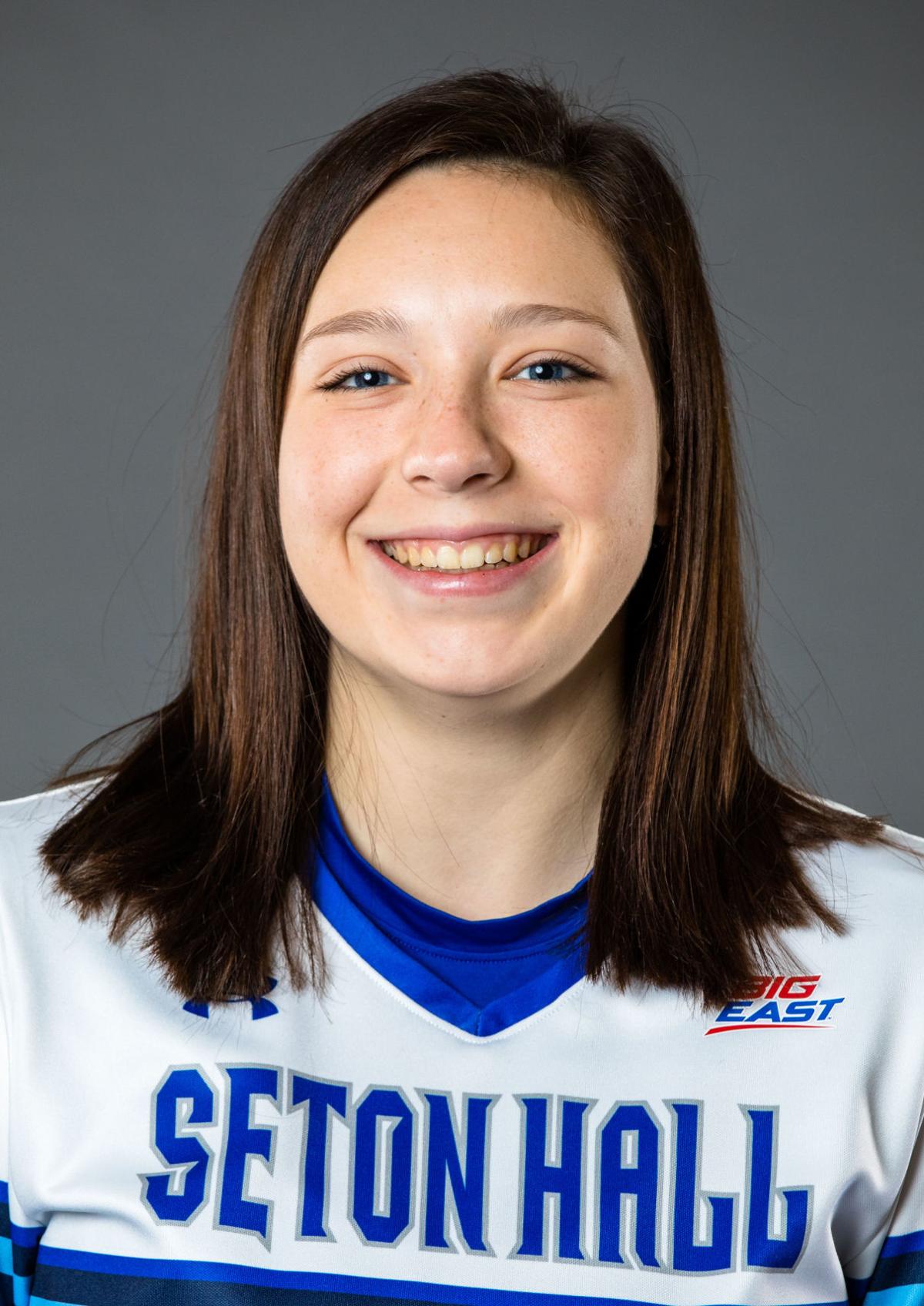 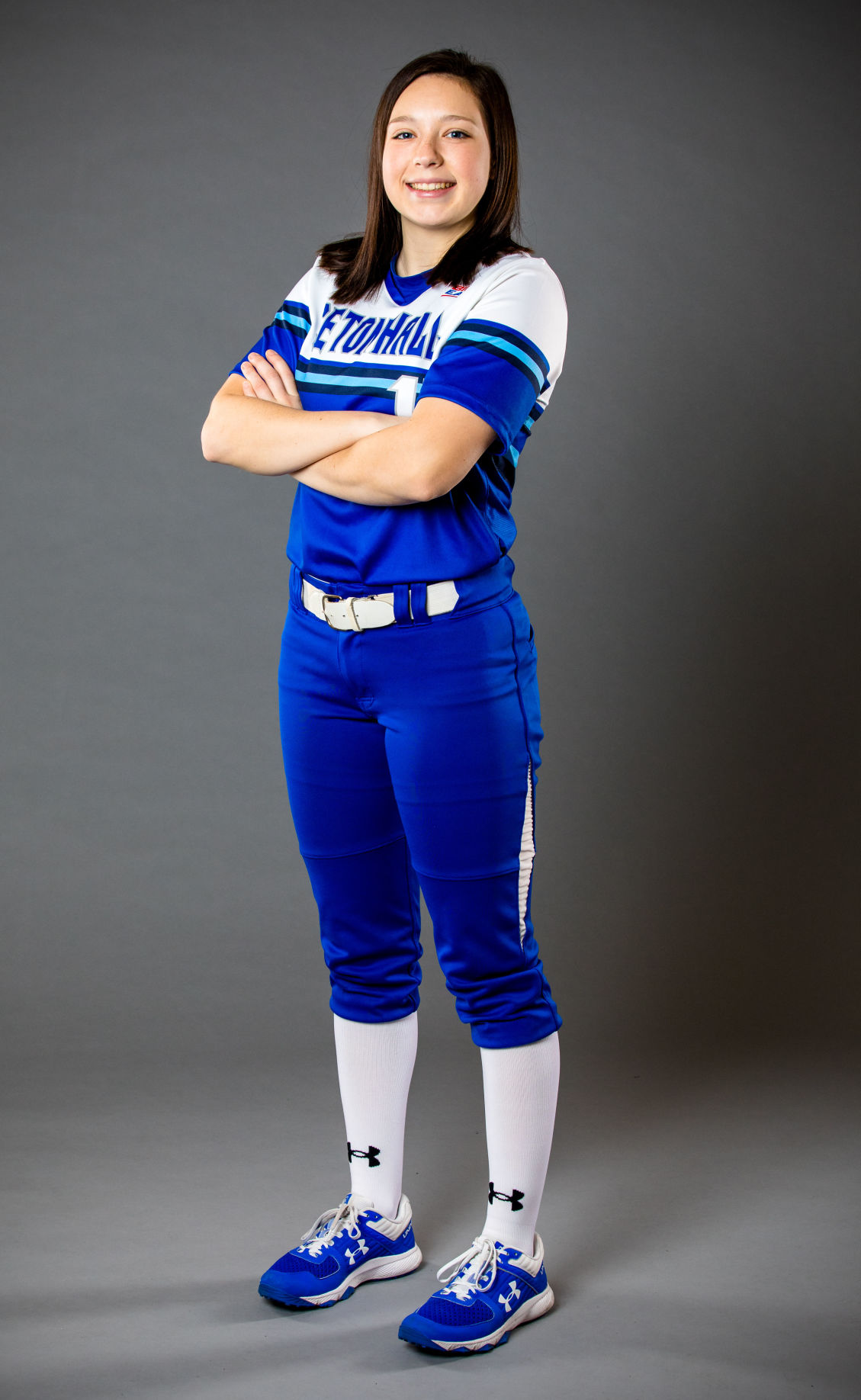 STONINGTON — For those that followed Miranda Arruda during her three-sport career at Stonington High, the path she took to become a member of the Division I Seton Hall softball team is not a shock.

It was built on hard work and determination, characteristics that have been her foundation. That's how it was when she played field hockey, basketball and softball for the Bears.

Arruda, a freshman, has gone from team manager, to practice player to a full-fledged member of the team during her short time there.

"My intention was never to play softball in college," Arruda said. "Since I wasn't really good at field hockey until my junior year I was not heavily recruited. And academics come first and Seton Hall is a great academic school. But they don't have field hockey."

So she emailed Seton Hall softball coach Paige Smith asking if she could try out for the team. Smith said she would have to start as a manager.

After two weeks, she was promoted to a practice player. She earned the upgrade by the way she shagged fly balls when the team was taking batting practice.

"I didn't have to dive for loose balls or sprint after every ball, but that is what I did. That's the way I've always played," Arruda said. "But she is a coach that notices stuff like that."

Two weeks later she was a member of the team.

"It was very exciting. I was not expecting it," Arruda said.

But Arruda's freshman season has come to an end much too early due to the coronavirus. Smith told the team on Tuesday that the season would not continue.

"She told us this would be the last time we would be hanging out together," Arruda said. "I think seeing how devastated the seniors were hit everybody else on the team. It's hard to see people that you care about, and who care about you, crying.

"We had a few players who had chances at records. We have one player who has never made an error. We have another who already has 10 home runs."

Arruda has appeared in 19 games primarily as the team's top pinch runner. She usually gets to play an inning or two in the outfield after she runs. She has scored six runs and made a putout.

The Pirates are 10-14 after playing tournaments in North Carolina, California, South Carolina and Florida. They had not started Big East play.

Arruda said her first appearance was a bit stressful.

"I was nervous. The first game she put me in right [field] and I just didn't want them to hit the ball to me. I'm lucky to have a coach that if you make an error, it's not the end of your opportunity," Arruda said.

Arruda did not get a ball hit to her that day.

Arruda said she must improve her hitting to get more playing time. For now, the Pirates are trying to take advantage of Arruda's speed to develop her as slap hitter.

A slap hitter bats left-handed and is moving to the front end of the batter's box toward first base as the pitch is delivered. The intent is to hit the ball to left side of the infield and use the forward momentum and speed to beat the throw to first.

But Arruda also wants to be a more conventional hitter when needed.

"I want to be able to do both. In certain situations, you don't need a slapper," Arruda said.

Arruda is a biology major and said law school is a possibility in her future. But she said a chemistry professor has suggested she change her major.

For now, she doesn't have to make a decision and with New York City just 20 minutes away her career opportunities are almost endless.

"It's hard being a bio major on a team. You have to find more unique ways to study," Arruda said. "You have to utilize you time a lot more than you thought. I've had a lot of fun. I never thought I would be really excited when I got a good grade."

Arruda is back home in Pawcatuck now taking classes online until at least April 19. Seton Hall will examine if it can bring students back to class then.

"I hope we get to go back so we have one more time to say goodbye to the seniors," Arruda said.