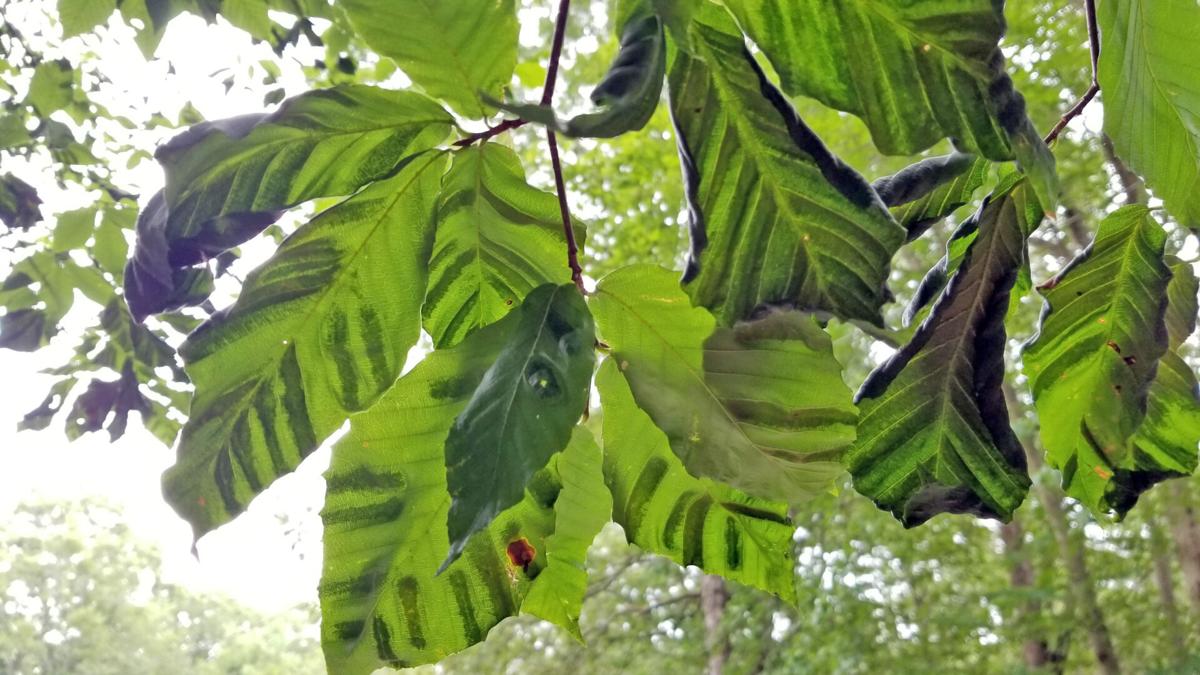 The dark bands on these beech leaves are an indication of beech leaf disease. | Photo courtesy of Heather Faubert 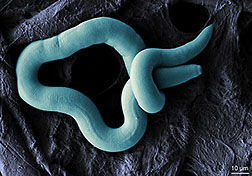 The dark bands on these beech leaves are an indication of beech leaf disease. | Photo courtesy of Heather Faubert

ASHAWAY — The Rhode Island Department of Environmental Management is asking homeowners to be on the alert for a disease that is killing beech trees in other states and Canada. First reported in Ohio in 2012, beech leaf disease has rapidly spread eastward and was discovered in Ashaway in early June.

Faubert has checked beeches in other parts of the state as well as the Grills and Crawley preserves, which are close to the affected area, and has not yet found the disease.

The signs of beech leaf disease include dark striping on the leaves and, eventually, leaf drop. The culprit is a microscopic worm, or nematode, which feeds on the leaves, killing the tree in just a few years. The disease affects European as well as American beech trees.

“We don’t know how the disease is transmitted,” Faubert said. “It’s nematodes, little microscopic worms, and they can be found on leaves that have dropped. … It might be birds or insects or mites or something like that. Right now, we’re just trying to figure out where it is.”

“Research shows that the trees that are most affected seem to be younger in age than the older trees,” he said. “Now I don’t know if the older trees have a certain amount of internal resistance or it’s where these younger trees are located."

“I believe it’s like three to five years, trees are dying,” she said. “It makes the trees defoliate and then they defoliate and you know how stressful that is to trees.”

Campanini said that with so little known about the disease, the tree council was not recommending any specific treatments.

“We’re trying to learn more about it, but we’re taking a cautionary approach,” he said. “We don’t want to send out any information that may prove to be unscientific. By that, I don’t want people to go willy-nilly and spend a lot of monetary resources and what have you to do something that might actually do more harm than good.”

The key to combating the disease, Campanini said, is understanding the nematode that causes it.

“How the heck did it get there so quickly?” he said. “… Has it always been in the soil and there’s just changes? It could be related to the warming climate, the drought. How did this all of a sudden become pathogenic? That’s another question that’s got to be answered because maybe it has been here but it was just like everything else — it had its own predators. Could it possibly be like these other diseases that either have a vector or environmental influences that trigger it?"

Faubert is advising people who might have been in areas where the disease is present to wash their shoes before entering another forest.  She is also asking Rhode Islanders not to dig up beech saplings and move them elsewhere.

The DEM is asking people to take photographs of affected foliage and report beech leaf disease to the agency’s invasive species pest report form at http://www.dem.ri.gov/programs/agriculture/pests.php.

Roads, infrastructure, school repairs on Westerly ballot for May 4

Rhode Island panel approves use of J&J vaccine in state